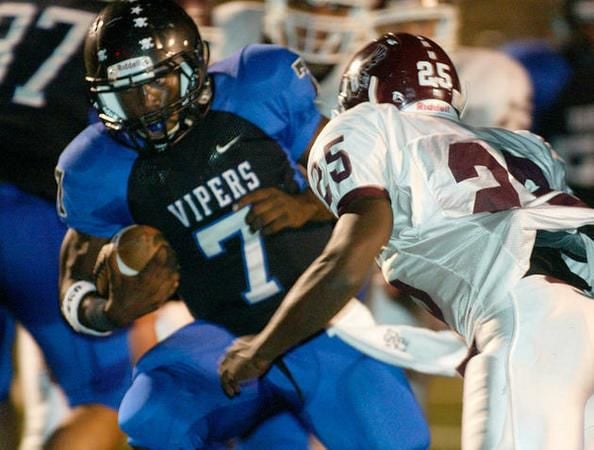 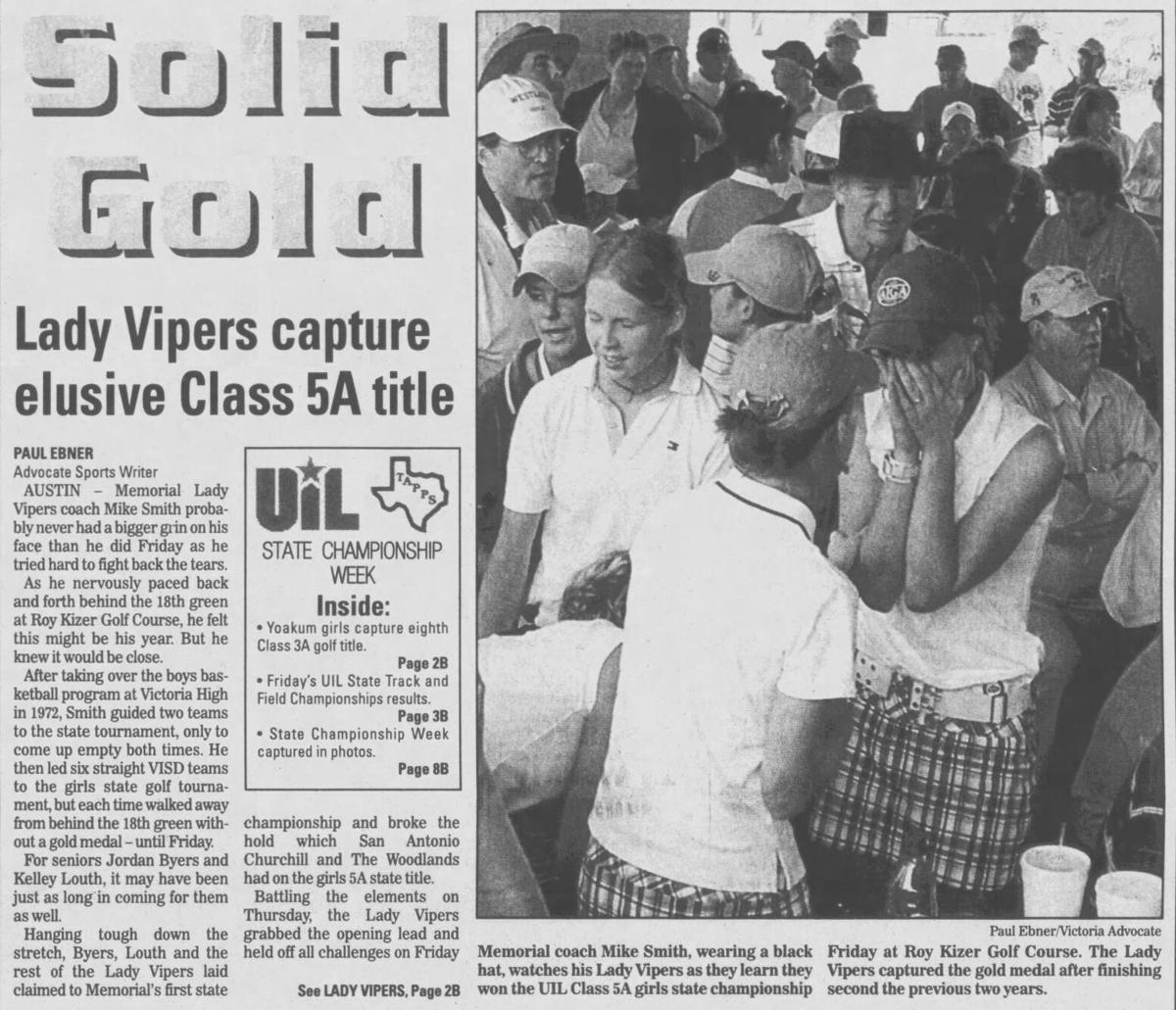 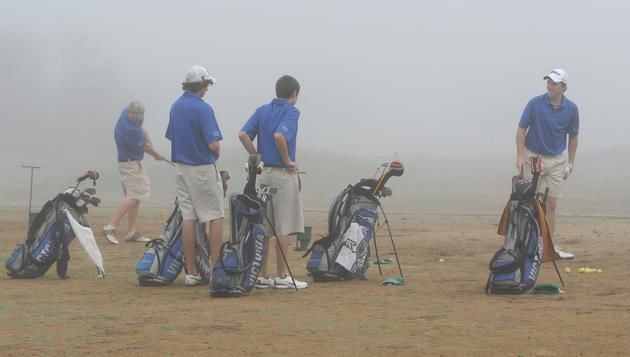 Memorial golfers warm up in the fog prior to the start of the 2010 Memorial Spring Invitational golf tournament at Victoria Country Club. The fog caused the tournament to be delayed 1 1/2 hours. 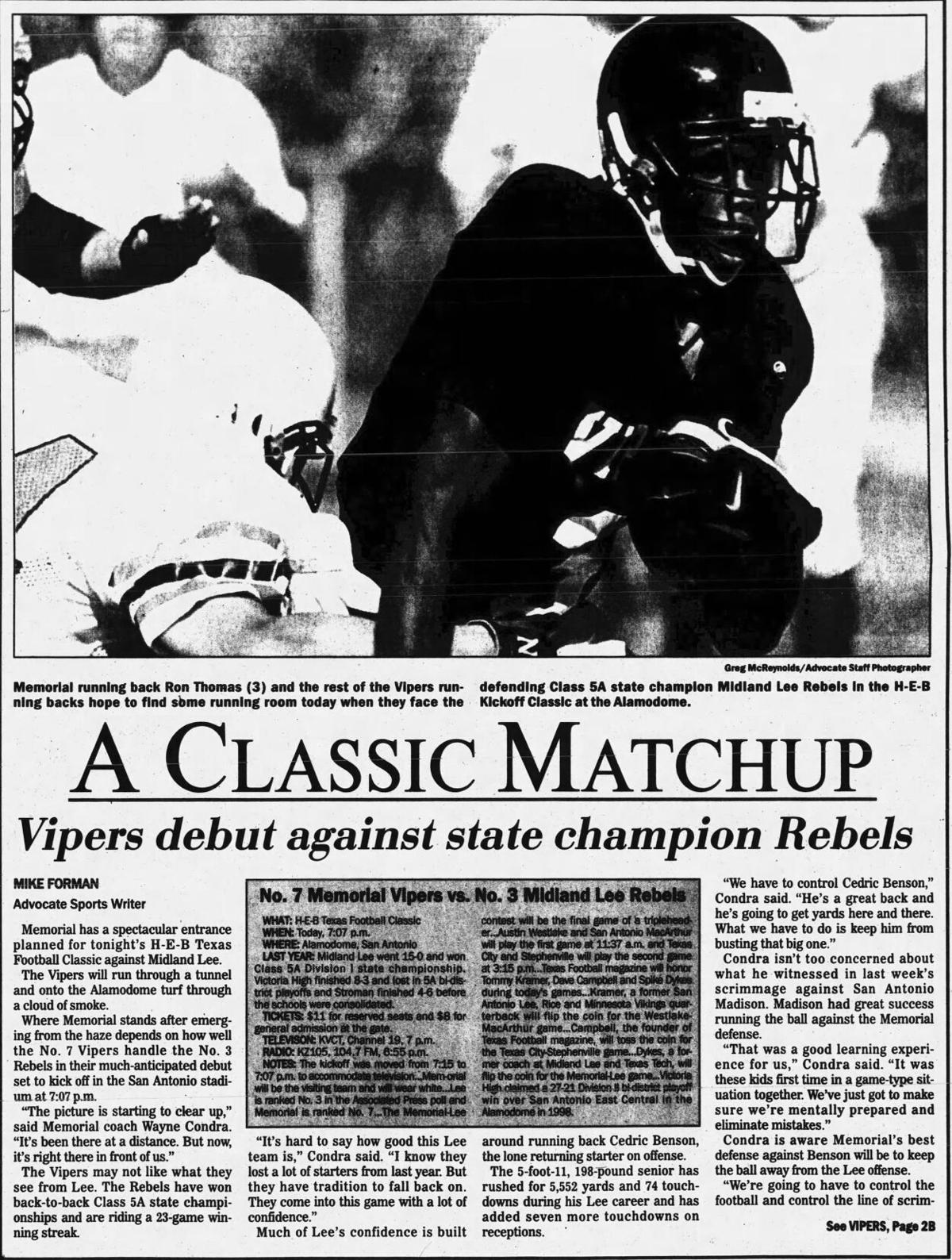 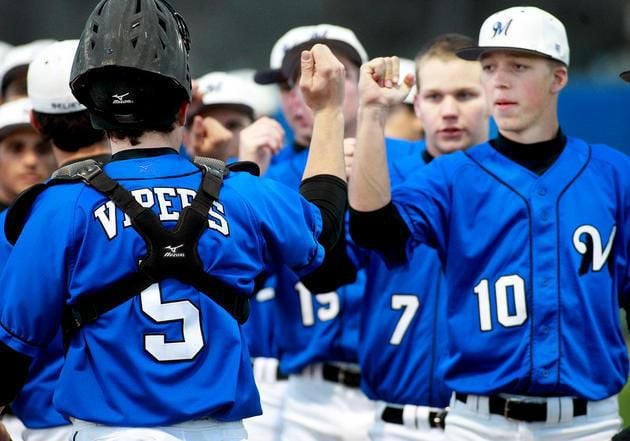 The Memorial Vipers prepare for the game against Lamar Consolidated in February 2010. 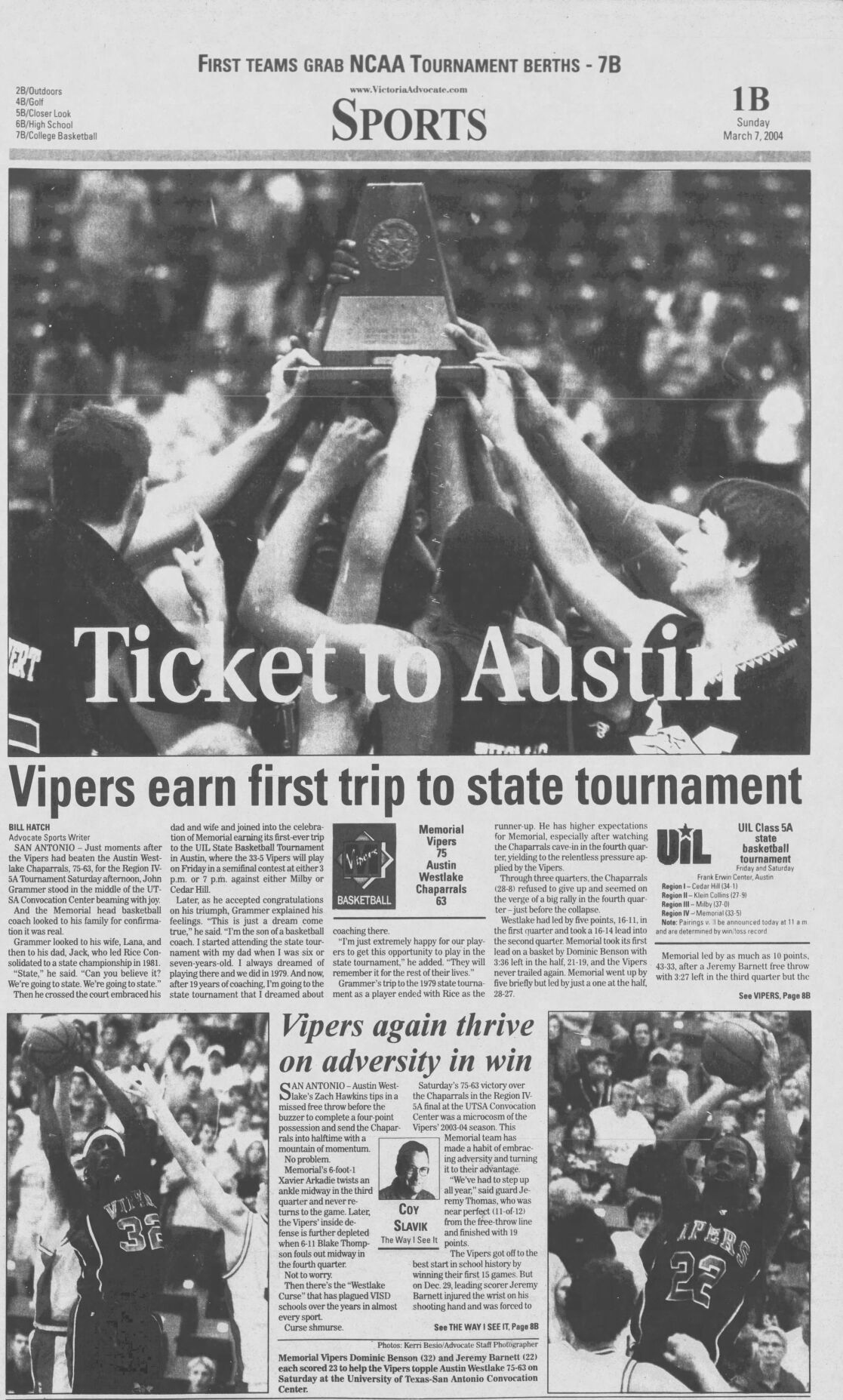 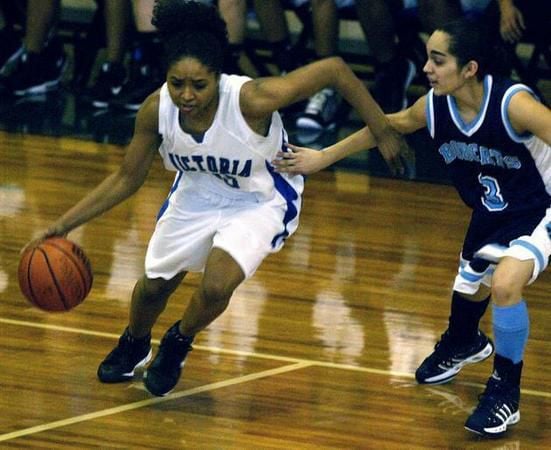 Memorial senior Krysta Martinez drives to the basket against a South San Antonio defender last season. Martinez averaged 15.4 points per game as a junior and is expected to be the leader of this year's team.

Memorial golfers warm up in the fog prior to the start of the 2010 Memorial Spring Invitational golf tournament at Victoria Country Club. The fog caused the tournament to be delayed 1 1/2 hours.

The Memorial Vipers prepare for the game against Lamar Consolidated in February 2010.

Memorial senior Krysta Martinez drives to the basket against a South San Antonio defender last season. Martinez averaged 15.4 points per game as a junior and is expected to be the leader of this year's team.

It's a subject that comes up in conversation at every East-West game. How good would a team be with the best players from both squads?

It's a question that might never have an answer. But for a period of 10 years, it was the reality.

Victoria Memorial was the lone public high school in the Victoria Independent School District between 2000 and 2010. Brought about for a number of reasons outside of athletics, Memorial merged the Victoria High and Victoria Stroman campuses into one school, putting every Victoria public school athlete in one location.

Yet while teams found some success, Memorial was not the theoretical powerhouse as school spirit never seemed to manifest with the Vipers.

"It was a little chaotic, especially the first year because they kinda threw everyone in with it, especially for sports," said Kelly Louth Morris, Memorial Class of 2004. "No one really knew what we were doing. In golf we just did our own thing, played golf and let them figure out the rest."

Instead of building a new campus, the old Victoria High and Stroman campuses were used as the upperclassmen and underclassmen campuses, respectively.

Freshmen and sophomore athletes would have to catch a bus or hitch a ride with friends in order to make practice on time at the senior campus.

"You walked the halls, and you still see the Stingaree," said West assistant football coach Zach Mueller, VWHS Class of 2011. "All they did was cover a Memorial mat and put it over the stingray. So everything was still there from the previous two schools, and I think Memorial was just like a cover up, and we all knew as athletes."

The Viper identity also struggled to manifest. Instead of hiring new coaches, there were several carry overs from the old schools, and it was not an even split.

Still, once the kids were at Memorial, the chance for competition was evident.

"Making varsity at Memorial was something big because you're in competition," said St. Joseph baseball coach Daniel Tunchez, Memorial Class of 2008. "For me, being able to make it in both basketball and baseball as a sophomore, I really took pride in that because I knew all the work I put in had paid off. It was making sure you worked hard because it's just a matter of time before someone else takes your spot."

The Vipers were not without success in athletics. The football team reached the state quarterfinals in 2002, and boys basketball made the state tournament in 2004, falling in the semifinals.

"It was interesting that it was the fourth year of Memorial that they went to the state tournament," Grammer said. "At the beginning, you still had a lot of people that some were Raiders and some were Stingarees. These kids had played together all the way up, so that disunity was gone. We were Vipers."

Girls golf had the highest accomplishment of all sports, winning the team state championship in 2004.

"It meant a lot to overcome what people thought maybe we couldn't do because we were in Victoria," Morris said. "Coach Smith was 100% the reason that I went on to play college golf, and I had the success that I did and our team was able to win the state championship because he was the glue that held everyone together."

Golf did benefit when there were almost no carry overs from Stroman, but overall the athletes were there for the programs to have success.

"You had the cream of the crop, so you were able to have the best players from both schools," Alvarado said. "Unfortunately there were some kids that didn't get enough playing time that if we were two schools they would've been starting at the other school."

Athletics were not the reason Memorial split apart in 2010, but by 2009 it had already been announced that East and West were forming.

The news left people like Mueller and Patti Welder boys athletic coordinator Jaime Thomas, longtime friends, knowing they would soon be split apart. From that aspect, it was upsetting, but athletic-wise they saw it as a positive.

"School spirit in that first year was like no other experience in Victoria," Thomas said. "It rejuvenated the city. People were more excited about football, basketball. Even if they weren't excited about any other game. You knew the East-West game that the place was going to be pretty crazy."

Still, there is some debate in football about what Memorial could have done if Victoria's school district waited a little longer to split the school.

Both East and West made the playoffs in 2010, going three rounds and two rounds, respectively. East had most of the athletes, but West found success with a strong group of linemen. It's worth wondering what those players could have accomplished on the same team.

Now, it's just another what if.