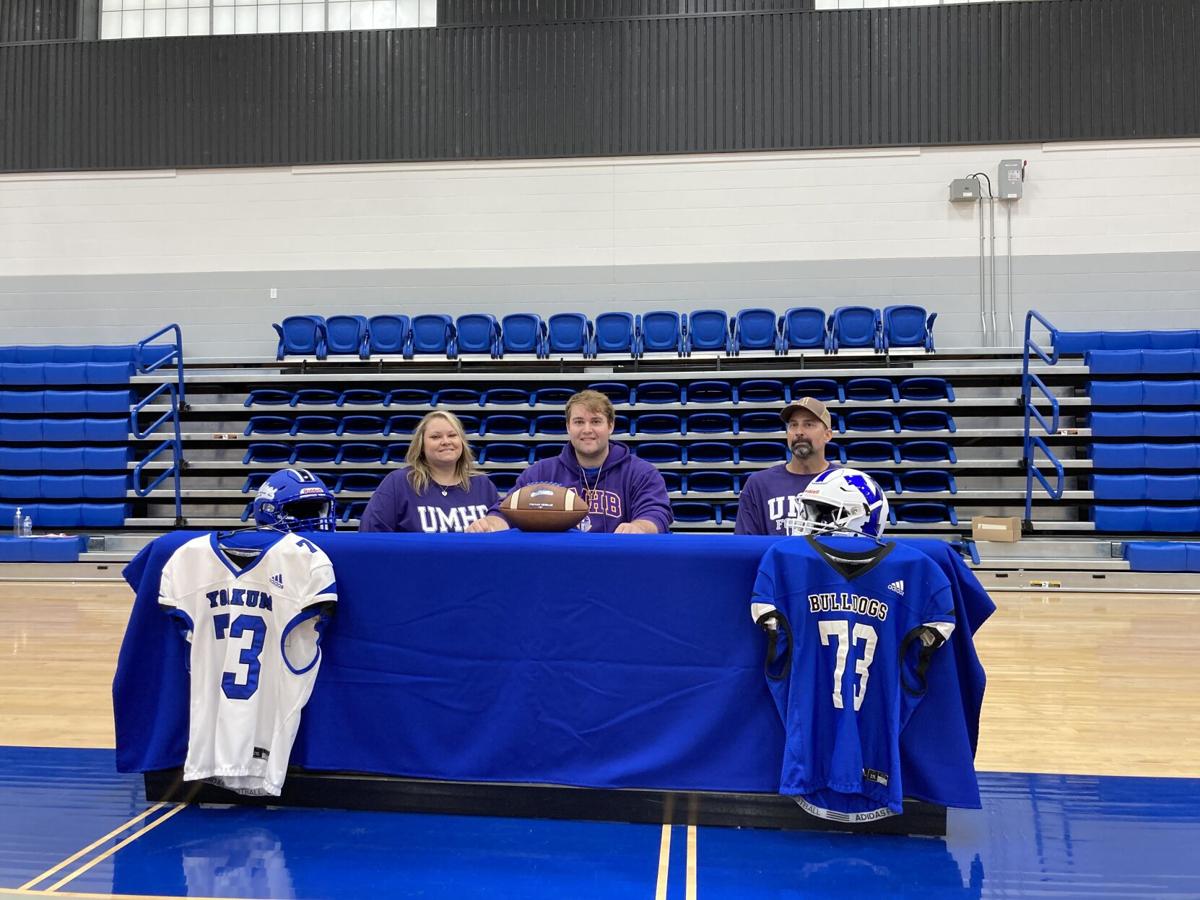 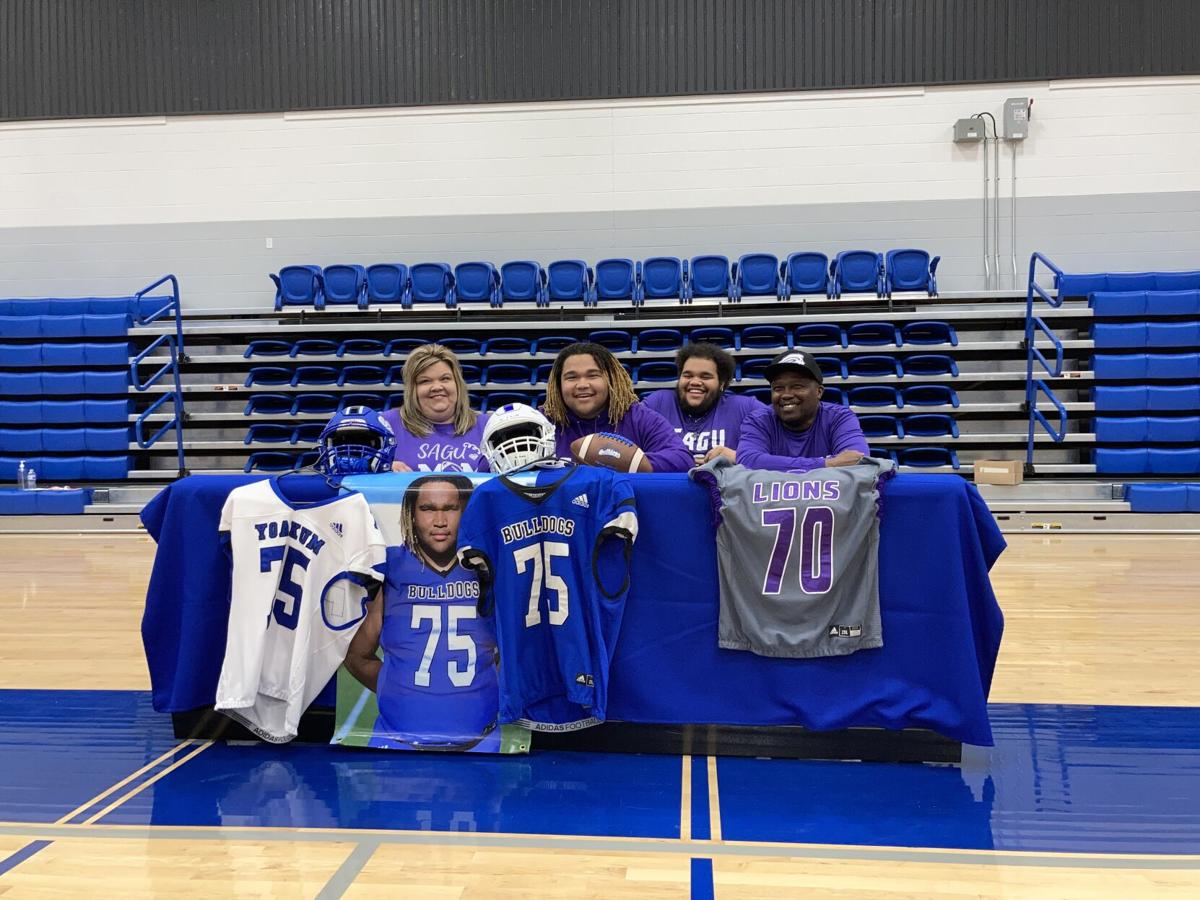 YOAKUM — Connor Schomburg and Donavo Smith played an important role on the offensive and defensive lines for Yoakum last season.

Schomburg and Smith will have the opportunity to play on the collegiate level next season.

Schomburg made his commitment to Mary Hardin-Baylor official and Smith signed with Southwestern Assemblies of God in a ceremony Thursday morning in the Yoakum gym.

“I knew they were a winning program with a lot of competition,” Schomburg said of the NCAA Division III Crusaders. “I’m just ready to compete.”

Schomburg was aware of Mary Hardin-Baylor’s winning tradition and impressed with the facilities when he visited the campus in Belton.

“I love the atmosphere,” Schomburg said. “As soon as I got on the campus of Mary Hardin-Baylor, I just loved it.”

Schomburg was a three-year starter for the Bulldogs.

“As a freshman, he was one of our best scout team guys,” said Yoakum coach Bo Robinson. “As a sophomore, he started for us at right tackle. He’s played a lot of football games.”

Smith enjoyed visiting SAGU’s Waxahachie campus and is thankful for the chance to continue playing football.

“That campus is pretty nice for an NAIA school,” Smith said. “It’s a really nice campus. I liked the people and they’ve got some pretty cool stuff up there. That’s been the biggest thing was trying to keep playing.”

Smith helped anchor the middle of the Yoakum defense.

“He’s just a big ol’ strong kid,” Robinson said. “When he wants to be, he can be a force. He’s got good feet for a big guy. He followed in the footsteps of his brother, Trey, who played for us a few years ago. He was just a big ol’ plug in the middle for us and tough to move.”