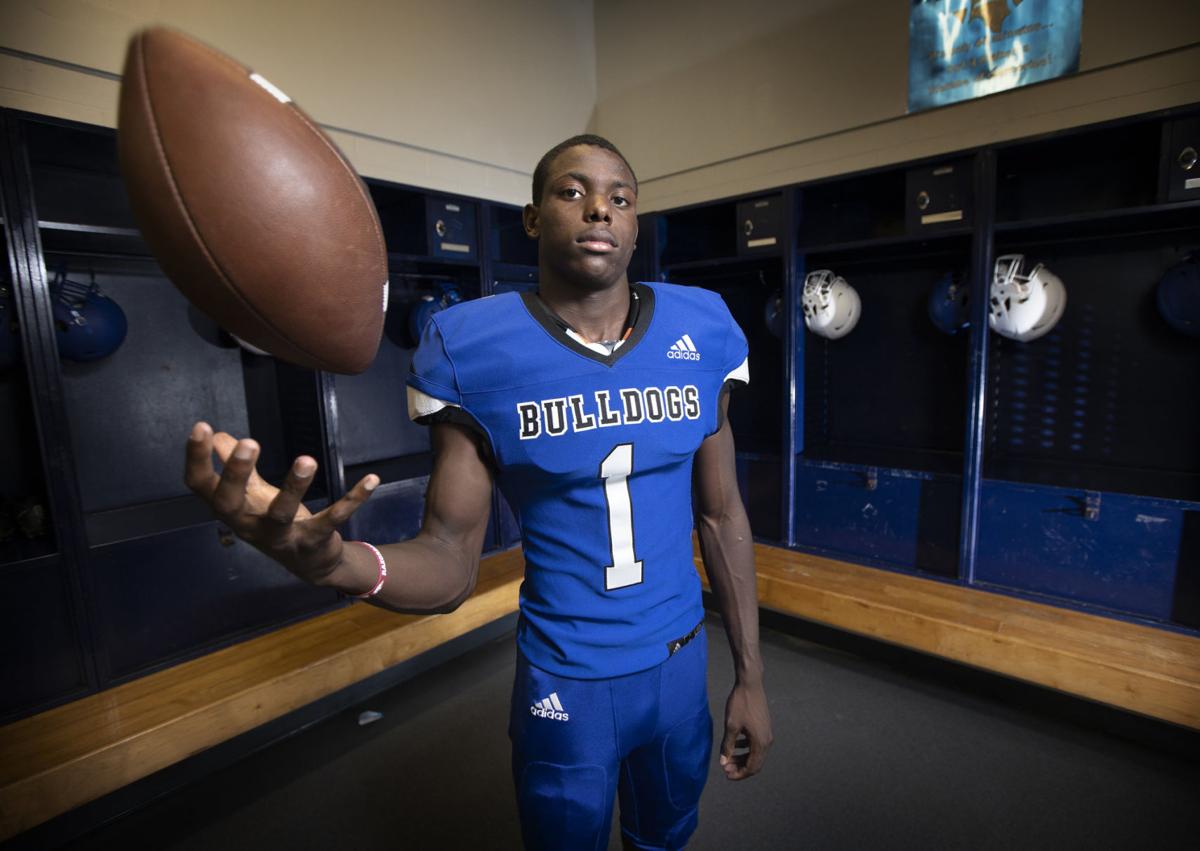 Yoakum senior Ty Love had 38 receptions for 685 yards and eight touchdowns last season. He will also play in the secondary for the Bulldogs. 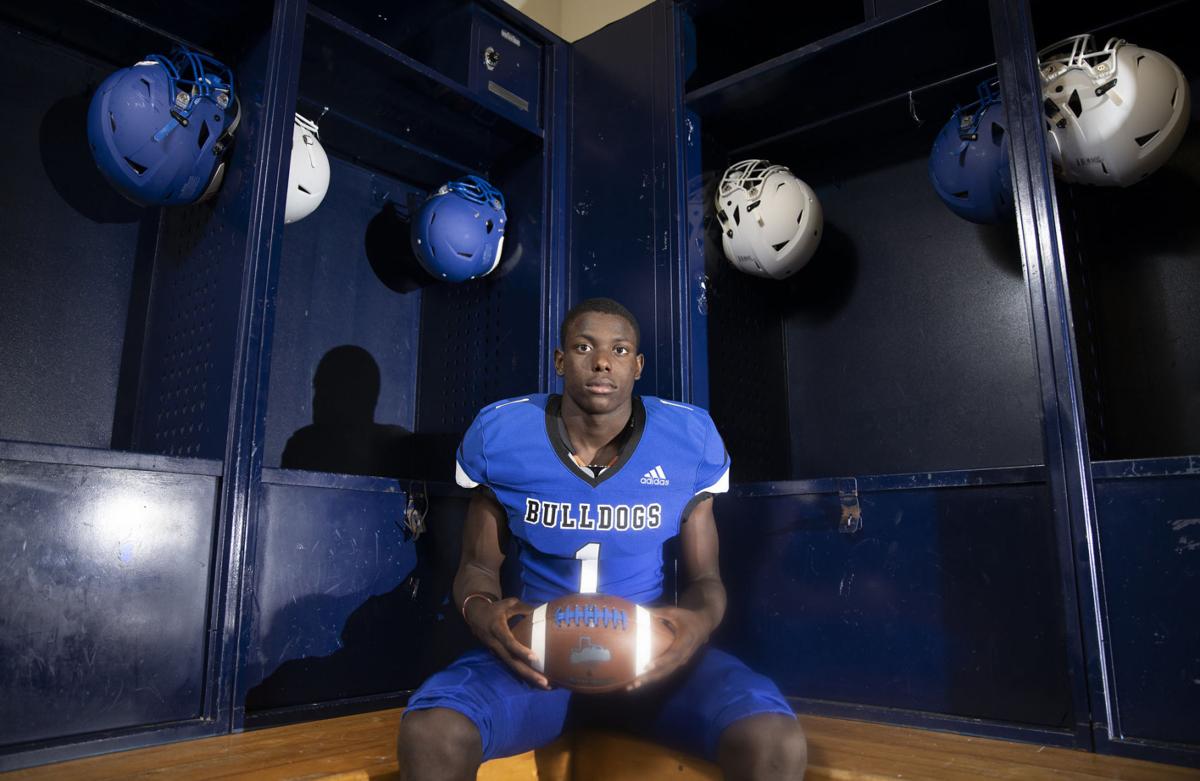 Yoakum senior Ty Love will play wide receiver, in the secondary and could take snaps at quarterback for the Bulldogs this season. 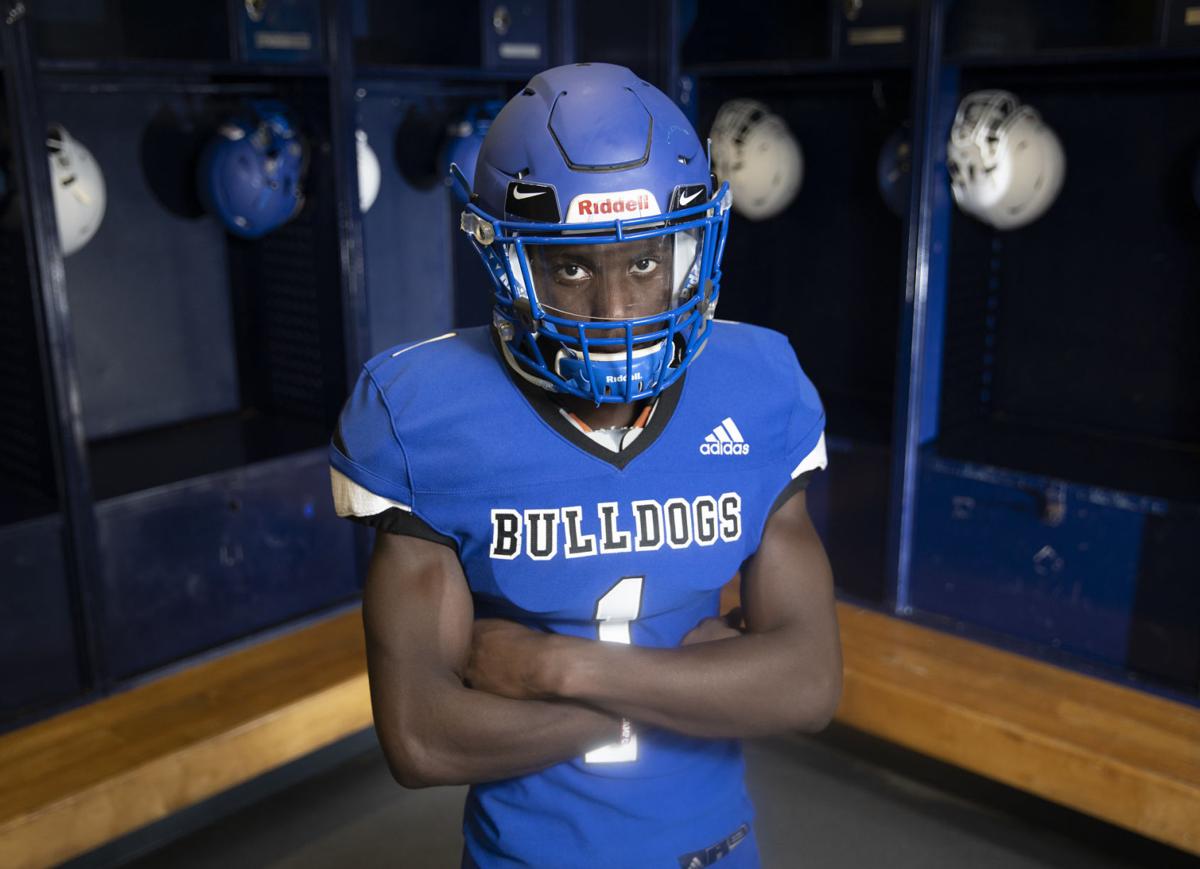 Yoakum senior Ty Love goes into his senior season with offers from the Air Force Academy, Yale and Abilene Christian.

Yoakum senior Ty Love had 38 receptions for 685 yards and eight touchdowns last season. He will also play in the secondary for the Bulldogs.

Yoakum senior Ty Love will play wide receiver, in the secondary and could take snaps at quarterback for the Bulldogs this season.

Yoakum senior Ty Love goes into his senior season with offers from the Air Force Academy, Yale and Abilene Christian.

YOAKUM – The waiting was the hardest part for Ty Love.

Love didn’t see the field as much as he would have liked during his first two years at Yoakum.

But he understood the reason as the Bulldogs advanced to the Class 3A, Division I state final when he was a freshman and the state semifinals when he was a sophomore.

“I wasn’t really mad at the guys because they were seniors and needed to play,” Love said. “It just made me work harder. It was a little hard. I was trying to be patient because I knew once my senior year came, it was going to go by pretty fast.”

Love began to make his mark last year as a junior and will get a chance to showcase his abilities this season.

“He’s going to be our guy this year,” said Yoakum coach Bo Robinson. “He’s going to have to be able to do a lot of things, and he’s obviously a very talented guy. He’s never been asked to do what we’re going to ask him to do this year. He definitely can do it.”

The 6-foot-2, 190-pound Love will play wide receiver and in the secondary as he did last season, and he could also take snaps in Yoakum’s Wildcat package.

“When I was younger, I looked up to those guys, and they helped me become the player I am right now. So, I know what to do with it,” he said. “I’ve just got to tell everybody we’ve got to work together and get along with each other. Once we do that, we’ll be playing together pretty good.”

Love is an outstanding athlete who went undefeated in the triple jump last season en route to winning a gold medal at the state track and field meet. He also qualified for the state meet in the 200-meter dash.

He has football offers from the Air Force Academy, Abilene Christian and Yale.

The offer from Yale came as a shock to Love, who has a 3.8 grade-point average.

“My parents told me to stay on my grades,” he said. “They haven’t really been hard on me. I know the NFL is my dream, but it’s not a promise. I’ve got to have my education first before I think about going to the NFL.”

Robinson expects Love to get more offers as he becomes more involved on both sides of the ball.

“He hasn’t got his dream offer yet,” Robinson said, “but I think he will before it’s over with.”

Love is keeping his options open and is thankful to have the opportunity to continue playing football.

“Honestly, I don’t want to be too far from home,” he said. “But I also want to go somewhere where I can get a really good education.”

Love is one of a few seniors returning for the Bulldogs, who come into the season ranked No. 5 in the state.

“That’s what I want to do: I want to go back to state,” Love said. “The past two years, we made it to round five and got shut down. I don’t want that to happen again.

“Everybody here knows how to work,” he added. “They know we’re not as talented as the last couple of years, so they’re going to work harder to be better.”

Yoakum needs Love to be productive to have a successful season.

“He gained a lot of confidence last year,” Robinson said. “His freshman and sophomore year, if we had the team we have this year, he would have played a bunch on that team. We had some really good guys in front of him that he had to sit and wait on. We didn’t know how tough Ty would be, and last year he really came on for us.”

Love hasn’t set many personal goals for his senior season, but would like to be more productive than last season.

“It doesn’t matter as long as they get me the ball,” he said. “I’ve thought about it (his final season at Yoakum), but I know I have an opportunity to go play college football. So, I’m just going to make this last year the best and go play in college.”

Love as a junior