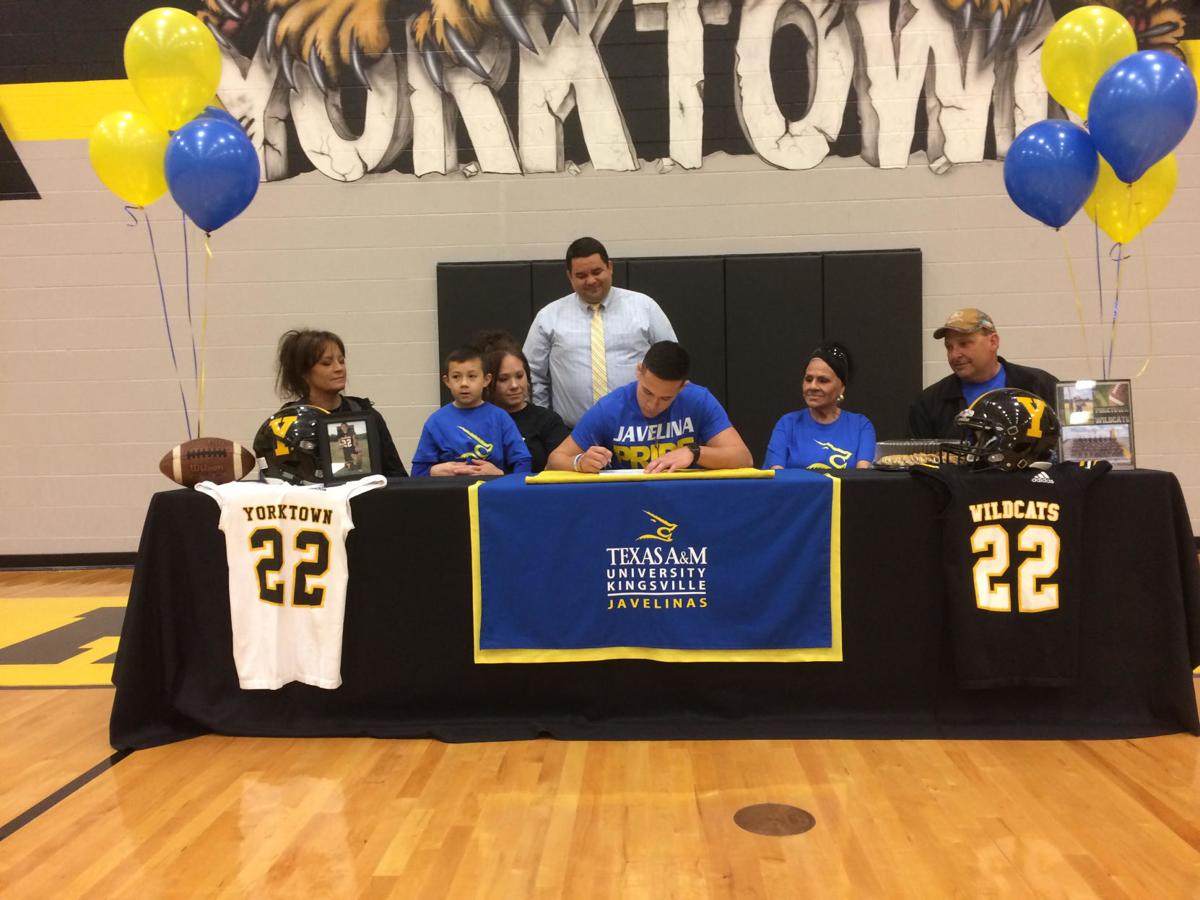 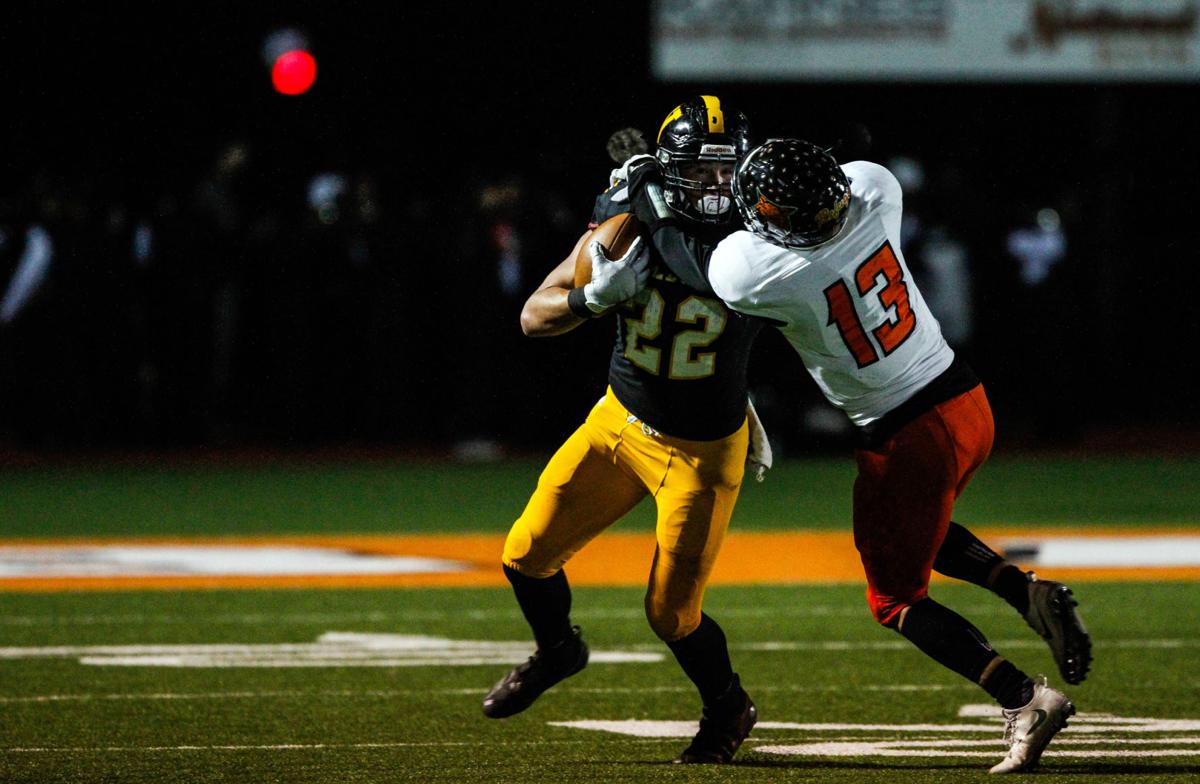 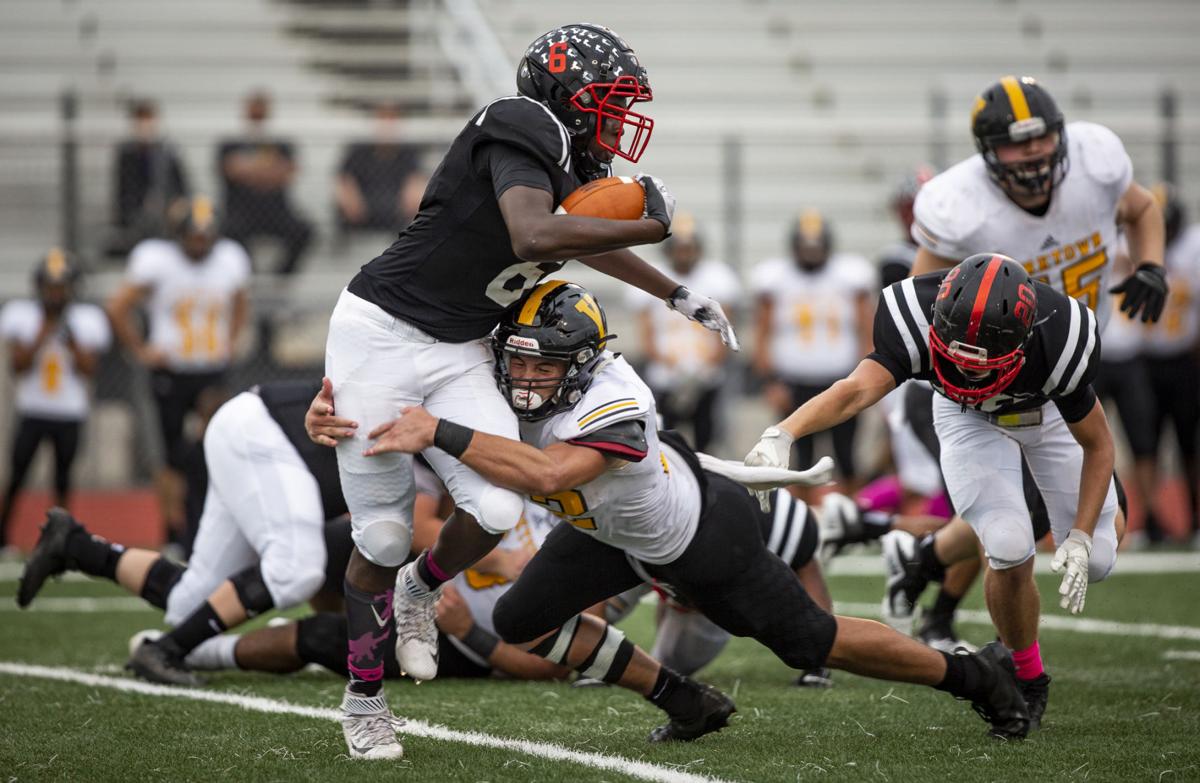 YORKTOWN – Corey Pargmann had the talent and desire to play college football.

But at times, Pargmann wondered if anyone would recognize his ability.

“Playing at Yorktown, you don’t get as much recognition like 6As and even schools that go to state and get recognition,” he said. “I had to do it like me and my coach. We had to reach out and the process took a while to pick up. It was a slow process, but it was all worth it.”

Pargmann’s tenacity and hard work paid off when he signed a letter of intent to play at Texas A&M-Kingsville on Thursday in the Yorktown gym.

“I always loved football,” Pargmann said. “I’ve been playing since I was in Pee-Wee. Whenever I was a freshman, I grew a lot. People would tell me I was really good at this. I just took what God gave me and ran with it. I just kept working and working. My junior year is when I really realized what I want to do.”

Yorktown coach John David Caffey sent video tape to a number of schools, and the offers finally came toward the end of Pargmann’s junior year.

“The unfortunate part of being at a school small is it took us a little while to get some traction,” Caffey said. “We sent out a lot of film, we sent out a lot of information. A lot of people liked him, but there was always, ‘Well, Coach, y’all are a small school.’ Once they got film on him, they realized that young man could play at lot of football and play at a high level.”

Pargmann’s initial offers came from schools at least four hours away, and he also received offer from Black Hills State in South Dakota.

But when Texas A&M-Kingsville offered shortly after signing day, Pargmann committed to the Javelinas.

“Being close to home really meant a lot to me,” he said. “In my decision to pick Kingsville, it was close to home. Some family can be there and make my games. Coach (Mike) Salinas and all the coaches were really good guys. I really like what they presented to me and in the offense they run, they use the tight end a lot.”

Pargmann played tight end and linebacker for the Wildcats. He was a first-team selection at tight end on the Advocate’s all-area team after having 26 catches for 596 yards and seven touchdowns.