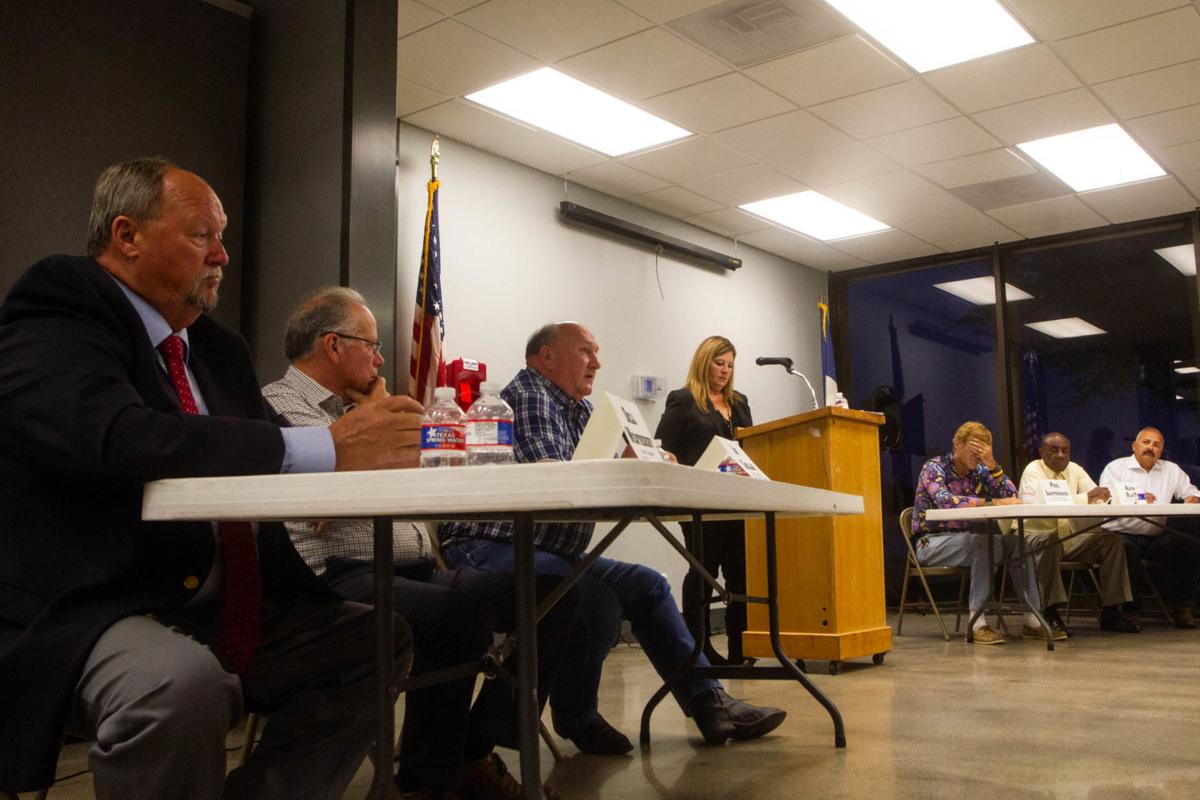 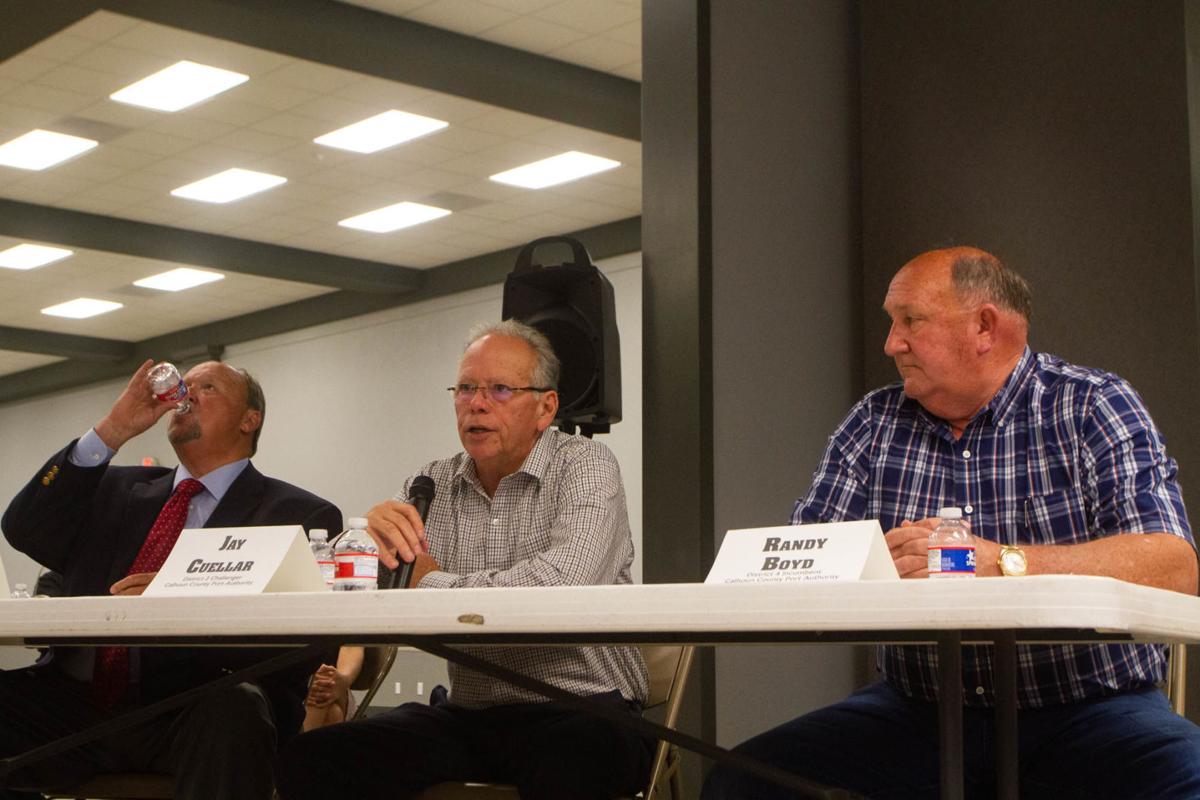 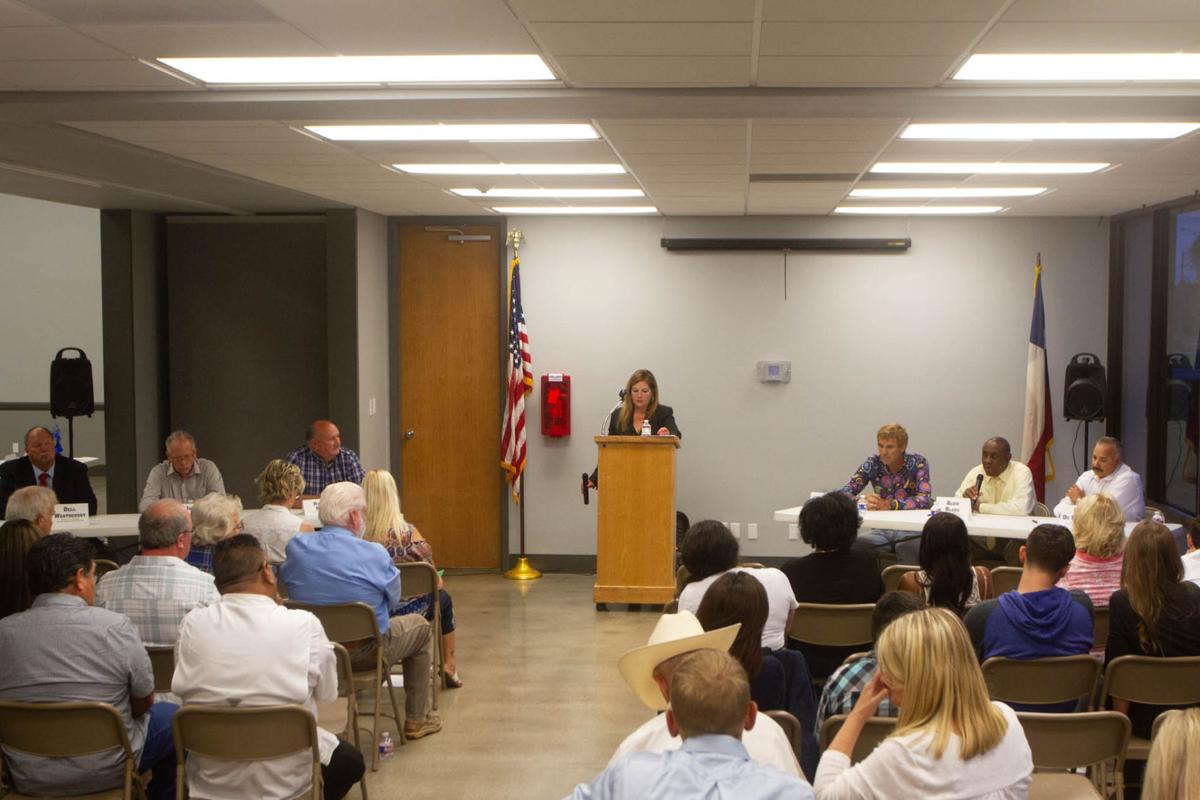 Their opponents said during a debate on Tuesday that to repair the jetties, the port must first restore its credibility.

The port, a major economic engine for the Crossroads, operated with little public scrutiny until hiring disgraced Congressman Blake Farenthold as a lobbyist a month after he left Congress amid an ethics scandal in 2018.

Boyd directed the port staff to hire Farenthold. He said he thought Farenthold could help get the jetties repaired without the port having to bear such a high cost.

But the Victoria Advocate reported Farenthold had done business favors for Boyd, who has a dredging business, while in Congress and that Farenthold was hired without public notification.

During the debate hosted by the Port Lavaca Wave, Boyd’s opponents said Farenthold probably had doors slammed in his face. They questioned why Farenthold was hired when the problem with the jetties was identified in 1998.

Farenthold resigned in January and the port has not hired another lobbyist.

“That kind of makes you scratch your head like – Did we even need him to begin with?” asked Luis De La Garza, a candidate for District 4.

Boyd said the board members had been lobbying on their own to get Congress to authorize the jetties to be repaired and lower the port’s share of the cost to do so, which as it stands now, is more than $20 million.

Boyd said if the board members went to Washington, D.C., to lobby themselves now, “I’m sure the media would report we were squandering taxpayers’ money.”

He said when Farenthold was hired, the White House, the House and the Senate were all controlled by Republicans. Now, Democrats control the House.

“We made a gamble that didn’t pay off,” Boyd said about hiring Farenthold.

District 2 Board Member Dell R. Weathersby who voted to retain Farenthold, said what people do not understand is that for years the Army Corps of Engineers would not acknowledge that its design of the jetties was defective.

The debate involved candidates from both races, and they took written questions from the audience about how they’d manage the port’s large budget and be a good negotiator.

Cuellar said the hairs on the back of his neck stood up when Boyd said he wouldn’t allow a revenue bond to be passed without a major company backing it.

“We have to remember this is a board with six votes,” Cuellar said.

Three of the six port board members were up for re-election, Districts 2, 3 and 4.

District 3 Board Member J.C. Melcher Jr. was unopposed, so the board voted last month to cancel his race and declare him elected.

The incumbents and their opponents also clashed about whether the port should recoup the money it spent defending itself from a lawsuit filed by the Victoria Advocate.

In the lawsuit, the Advocate claimed the port violated the Texas Open Meetings Act when it hired Farenthold.

An appellate court dismissed the lawsuit last week, claiming the lawsuit was moot because Farenthold had resigned.

“I know a couple of board members have put a spin on it and saying ‘We won, we won,’ but that’s not true,” De La Garza said.

Boyd and Weathersby said they’re going to try to recoup the more than $400,000 the port spent defending itself from the Advocate.

“We ought to go out for every dime we can get out of them,” Weathersby said.

One of his four opponents, Paul Lauterbach, said he was inspired to run after the port hired Blake @farenthold. "We have a real opportunity here to send a message to the community and the people outside the community that we care and we don’t like what we’ve seen going on here."

Opponents of Boyd all say they will be transparent, committed to learning the ins and outs of the port and have nothing to gain. Boyd says he brings 40 years of experience specific to ports and he actually has something to lose as his dredging business cannot bid on contracts

An appelate court dismissed the lawsuit because Farenthold resigned in January. Luis De La Garza said, "I know a couple board members are putting the spin on it and saying 'we won' 'we won,' but that’s not true."

Lots of good stuff came out of this debate. Boyd apparently ran an ad that calls De La Garza, who serves on the county's tax board, of being corrupt. Something about his property value going down? Will explore more.

Now hearing closing statements. Bottom line from incumbents is that the board works well as it is and the port has grown over the years. "Let us continue doing the success we've been doing..." Weathersby said.

This story was updated on April 17 to correct the early voting times.

Before Calhoun Port Authority board chairman Randy Boyd hired disgraced Congressman Blake Farenthold, the board made a strikingly similar move.