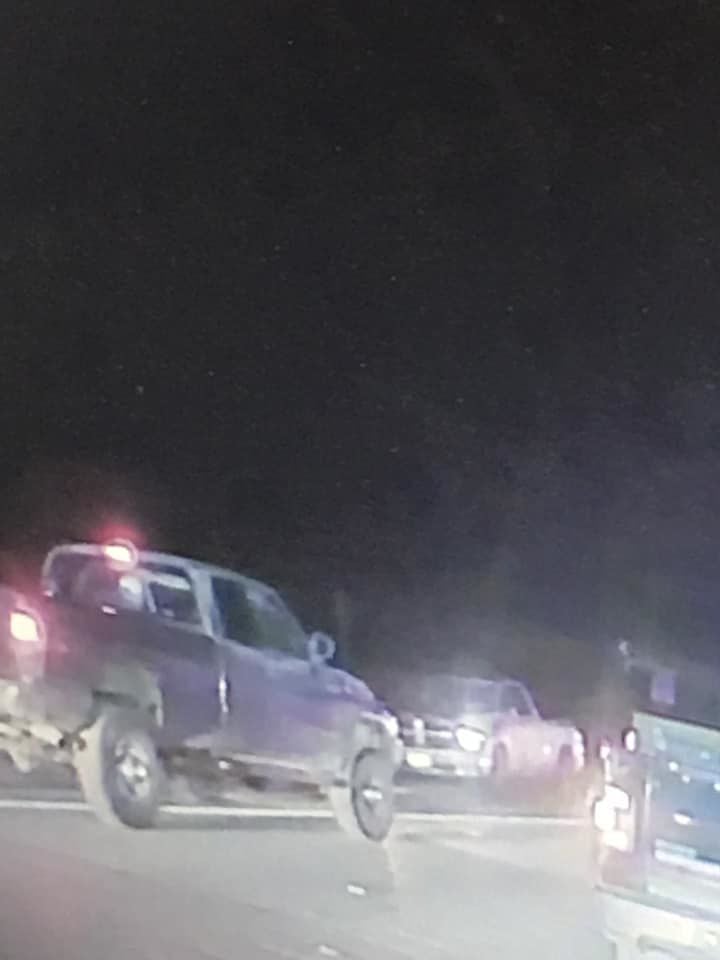 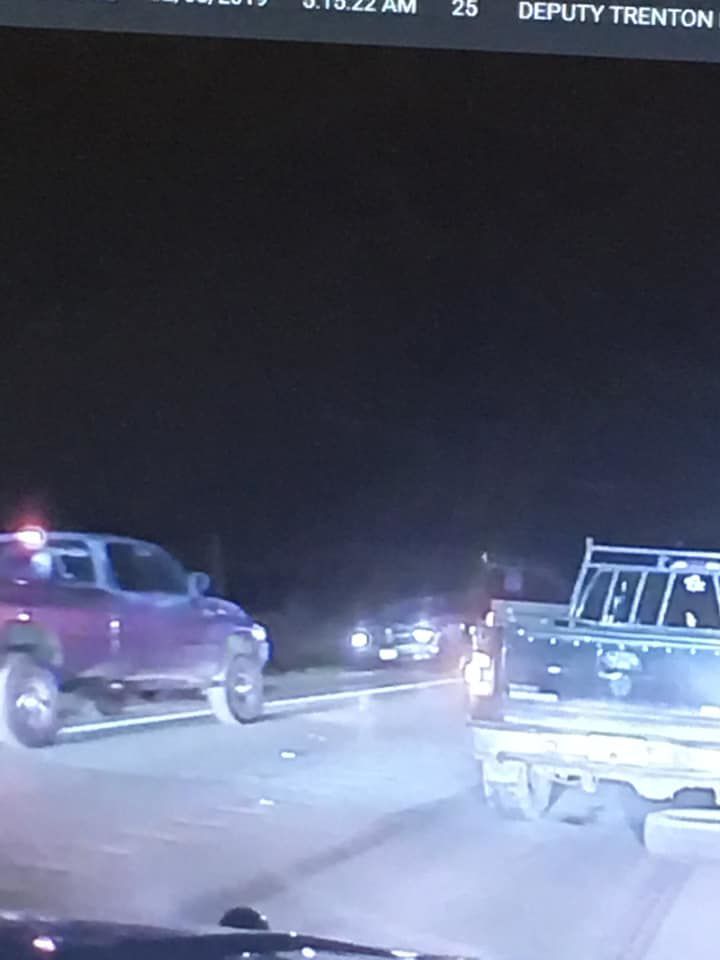 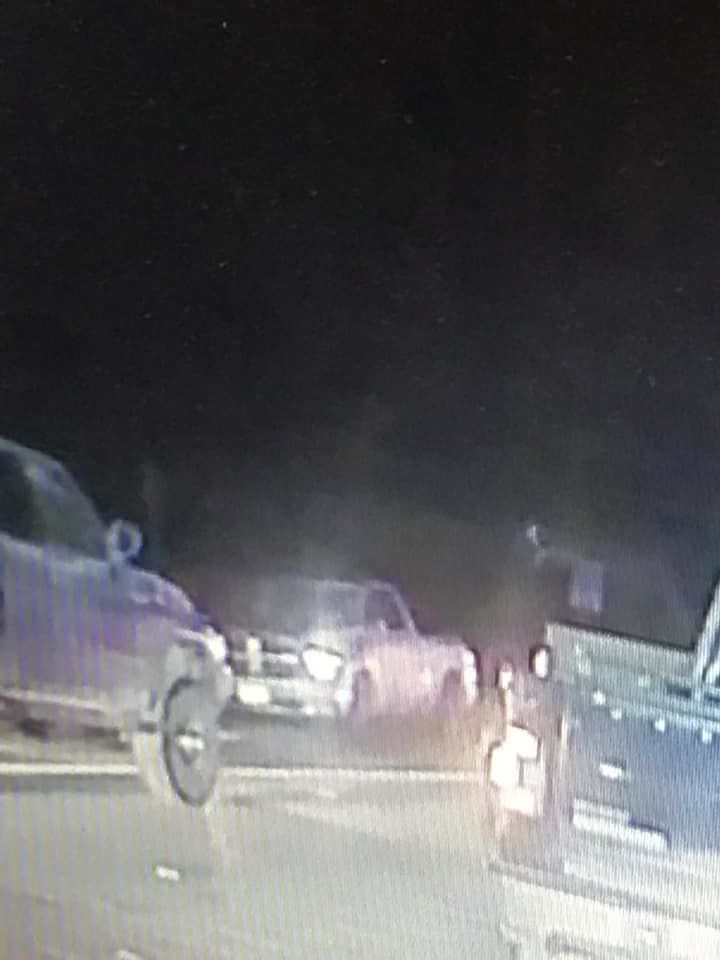 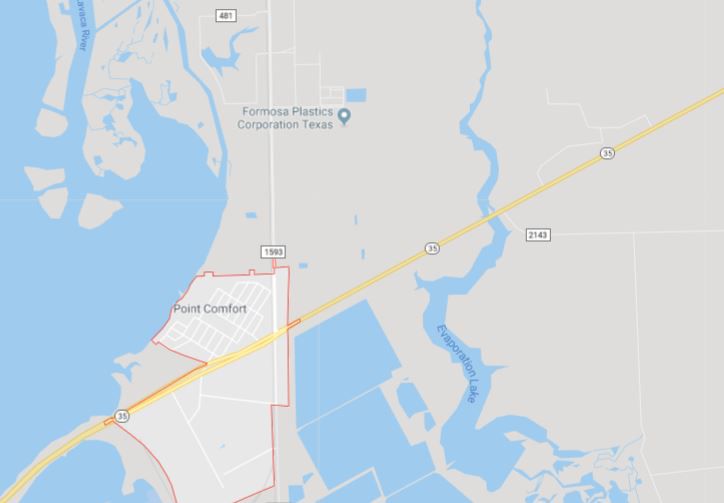 A Calhoun County sheriff's deputy was airlifted to a Houston hospital after being struck by a white Ford F-150 pickup Friday morning.

A Calhoun County sheriff's deputy was airlifted to a Houston hospital after being struck by a white Ford F-150 pickup Friday morning.

The phone call that woke Sheriff Bobbie Vickery on Friday morning was a real-life nightmare.

One of his deputies had been struck by a passing pickup truck.

“I was scared when I got the phone call,” said Vickery. “I got up immediately.”

About 5:45 a.m., a silver, extended-cab Dodge Ram pickup struck Deputy Trenton Ballard, 29, leaving him with a head injury severe enough to require emergency air transport to Memorial Hermann Hospital in Houston, according to DPS and sheriff’s officials. Although authorities eventually caught up with the man believed to be the driver, who fled the scene for Palacios, investigators have not charged him with a crime and, as such, have decided not to release his identity.

“It shouldn’t be too long,” the sheriff said.

But Vickery said he is confident authorities have identified the right driver. He expects Texas Department of Public Safety troopers to soon finish their investigation, which Vickery said he asked DPS to handle because the victim is a member of his office.

“That just prevents any bias in any form,” the sheriff said.

The suspect turned himself in after Calhoun County sheriff’s officials and troopers identified his truck by significant damage sustained from the impact with Ballard.

The pickup was located by Palacios police officers after sheriff’s officials released a description based on footage captured from deputies’ body and dash cameras.

Investigators have since seized the truck and interviewed the man, who came voluntarily to the sheriff’s office after he was located.

Friday night, Ballard was steadily recovering from a severe concussion that resulted in memory loss and confusion. Vickery said he was amazed and thankful the deputy suffered no broken bones.

The speed limit on that stretch of highway is 65 mph, but the sheriff estimated the pickup was traveling between 40 and 50 mph at the time.

“God was with him,” Vickery said.

The deputy was directing traffic on SH 35 near Gate 6 of the Formosa Plastics plant northeast of Point Comfort when he was struck. Ballard was assisting other deputies in investigating an unrelated crash in an area that has become infamous for routinely heavy traffic and bad driving.

Although Vickery was thankful for his deputy’s improving health and the apprehension of the driver, he couldn’t help but express frustration for the traffic problems, which he directly blamed for Ballard’s injuries.

“I’m extremely aggravated because of the traffic problems in that area,” he said. “We have exhausted every avenue available.”

The deluge of commuter traffic coming into the Formosa plant, which employs more than 2,000 employees and contractors, is a contributing factor, Vickery said.

But the real problem, he said, is the bad driving and lack of consideration exhibited almost daily by those commuters and others.

With about a wreck a day, deputies are running out of effective tools to combat the problem.

“There are people who are screaming through that area, who are basically reckless driving every day,” Vickery said. “Every day (deputies) write tickets, but it doesn’t seem to be affecting anybody because they pay the ticket and go on.”

Crime Stoppers is offering a reward of up to $1,000 for information leading to the arrest of the offender. Call 361552-CASH (2274) with information. The sheriff's office asks for prayers for the deputy and his family.

A former deputy of the DeWitt County Sheriff’s Office died in a single-vehicle crash outside of Nordheim early Saturday morning.

Sheriff's office has now confirmed they are looking for a silver or gray extended Dodge pickup. Good eye!