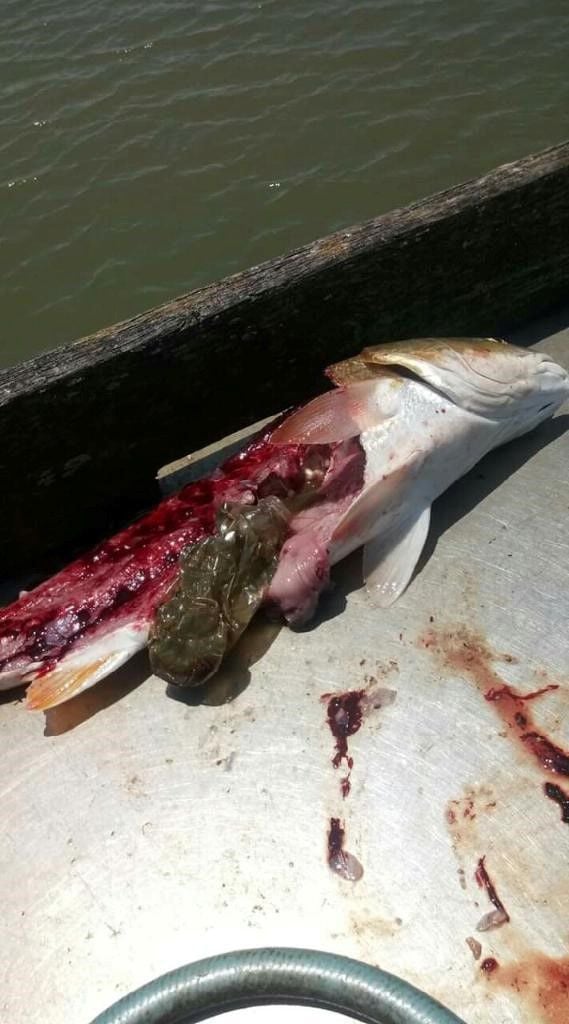 Beatrice Ybarra, 54, of Port Lavaca, caught a redfish with a plastic bottle in its gut in Lavaca Bay on Aug. 17. 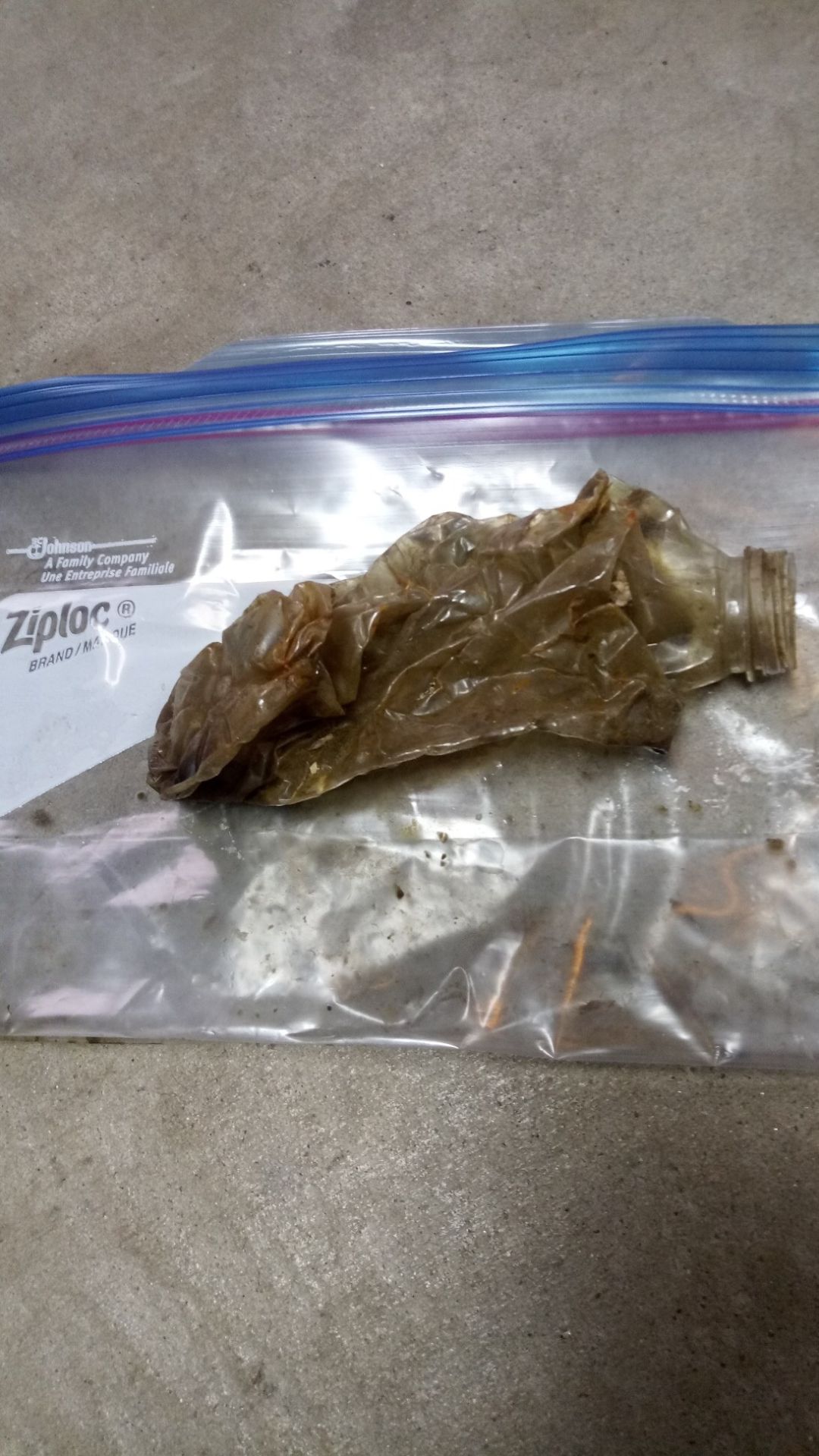 Plastic was found in the world’s deepest ocean trench (35,{span}849 feet) {/span}earlier this year, according to

. This plastic bottle was found inside a redfish in Lavaca Bay. 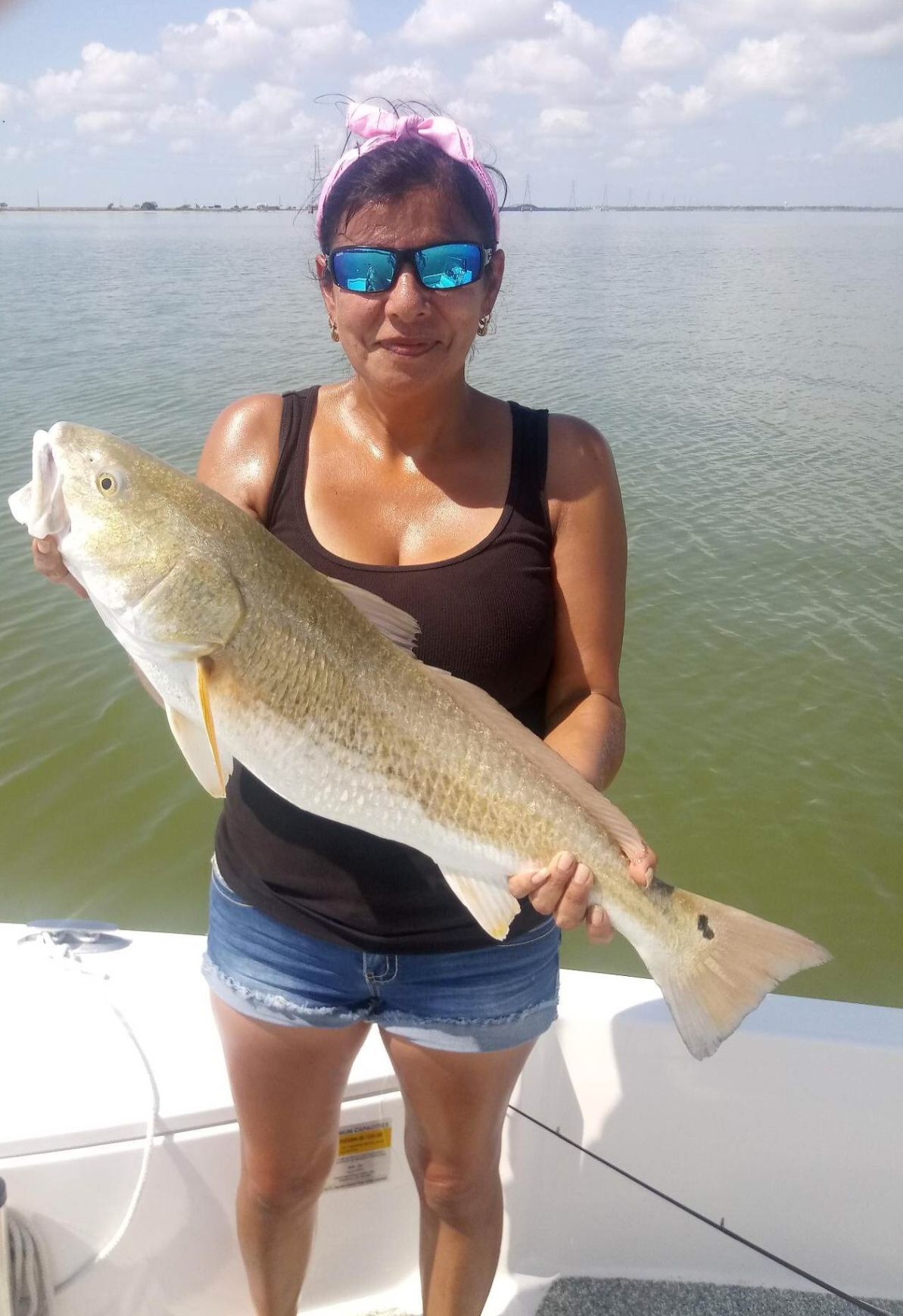 Beatrice Ybarra, 54, of Port Lavaca, stands with a redfish she caught in Lavaca Bay.

Beatrice Ybarra, 54, of Port Lavaca, caught a redfish with a plastic bottle in its gut in Lavaca Bay on Aug. 17.

Plastic was found in the world’s deepest ocean trench (35,{span}849 feet) {/span}earlier this year, according to

. This plastic bottle was found inside a redfish in Lavaca Bay.

A woman recently reeled in more than just a redfish from Lavaca Bay.

When she filleted it, a muddy, crushed, 16-ounce water bottle slid out of its gut.

Scientists say this is an example of how ubiquitous plastics have become.

“This bottle would be called a macroplastic,” said Matt Streich at the Center for Sportfish Science and Conservation at the Harte Research Institute. “It stays in the environment for a certain amount of time until it breaks into smaller pieces. Those are called microplastics and have been found as far away as the Arctic and in very remote areas.”

How can we best control waste from plastic water bottles?

Fish eat plastics because they smell like food, according to a 2017 study published in the United Kingdom.

Streich said this redfish may have been feeding lower in the water column, where the bottle may have sunk and shrimp and crabs may have taken up residence in it.

Even if Beatrice Ybarra hadn’t caught this redfish, it would have likely died of starvation, unable to pass the bottle through its gastrointestinal tract and break it down, said Jace Tunnell, the director of the Mission Aransas National Estuarine Research Reserve.

But Ybarra, who ate the fish after snapping some photos of what she found and posting them on Facebook, is unlikely to suffer any ill effects.

“While it’s disturbing and it’s really unfortunate that the bottle is in the gut, there’s no science that’s available right now that shows plastics leach into the fish’s muscle tissue, so it’s probably fine to eat,” Tunnell said.

He said Ybarra did the right thing by posting what she found on Facebook because that raises awareness about the problem.

Ybarra said she and a friend launched a boat from Point Comfort the morning of Aug. 17.

She isn’t sure where in the bay she landed this fish, but it was the first of two she caught by 6:30 a.m. that day. It stretched 27 inches long.

Ybarra, 54, said fishing is the one thing that will get her out in the heat. It relaxes her on days off from working as a cashier and floater at Ace Hardware in Port Lavaca. She said this recent discovery won’t change that.

“I’ve only been fishing for seven years, and that’s, like, the best thing I could ever start doing,” she said.

Redfish spend the first three years of their lives in the bays and generally move less than 3 miles. As they mature, they move from the bays to the Gulf of Mexico.

Texas game warden operation leads to 8 BWI arrests, among others