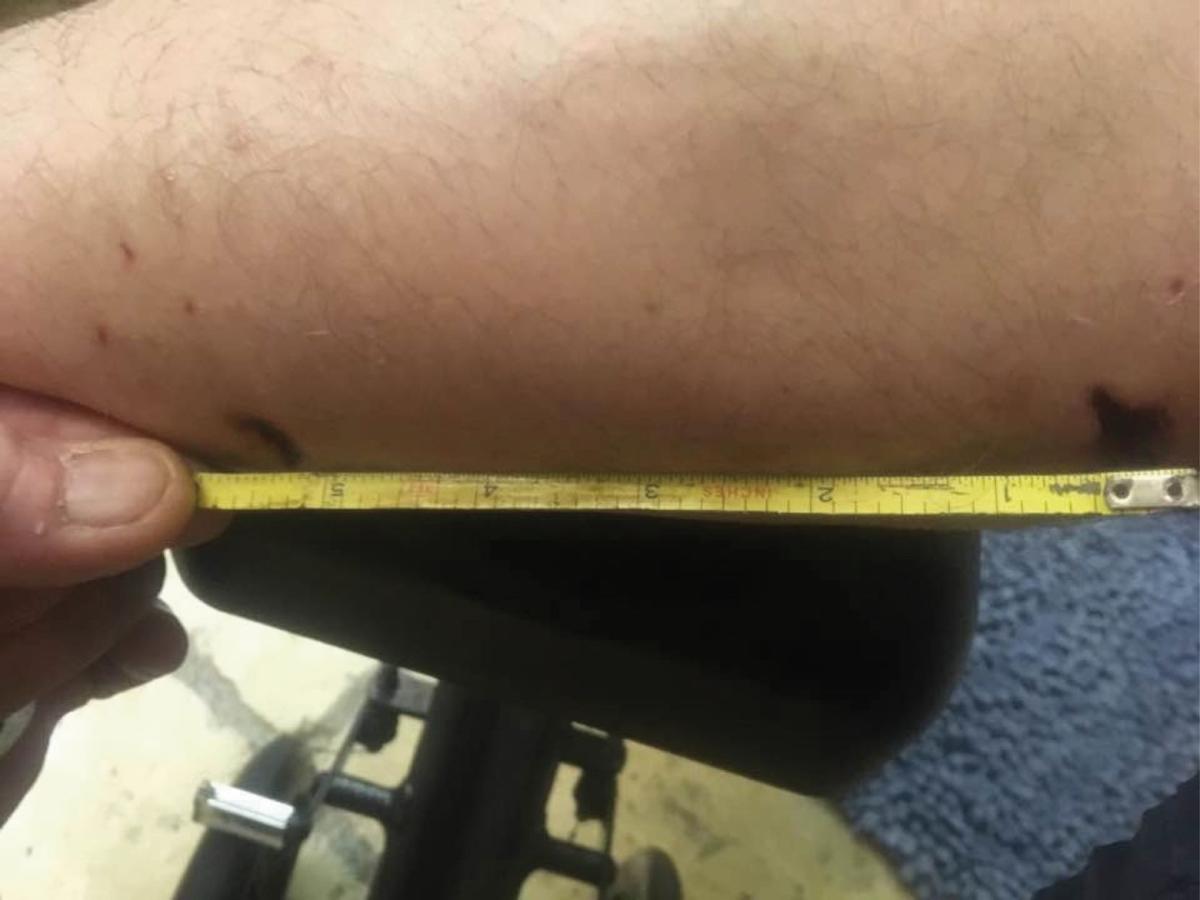 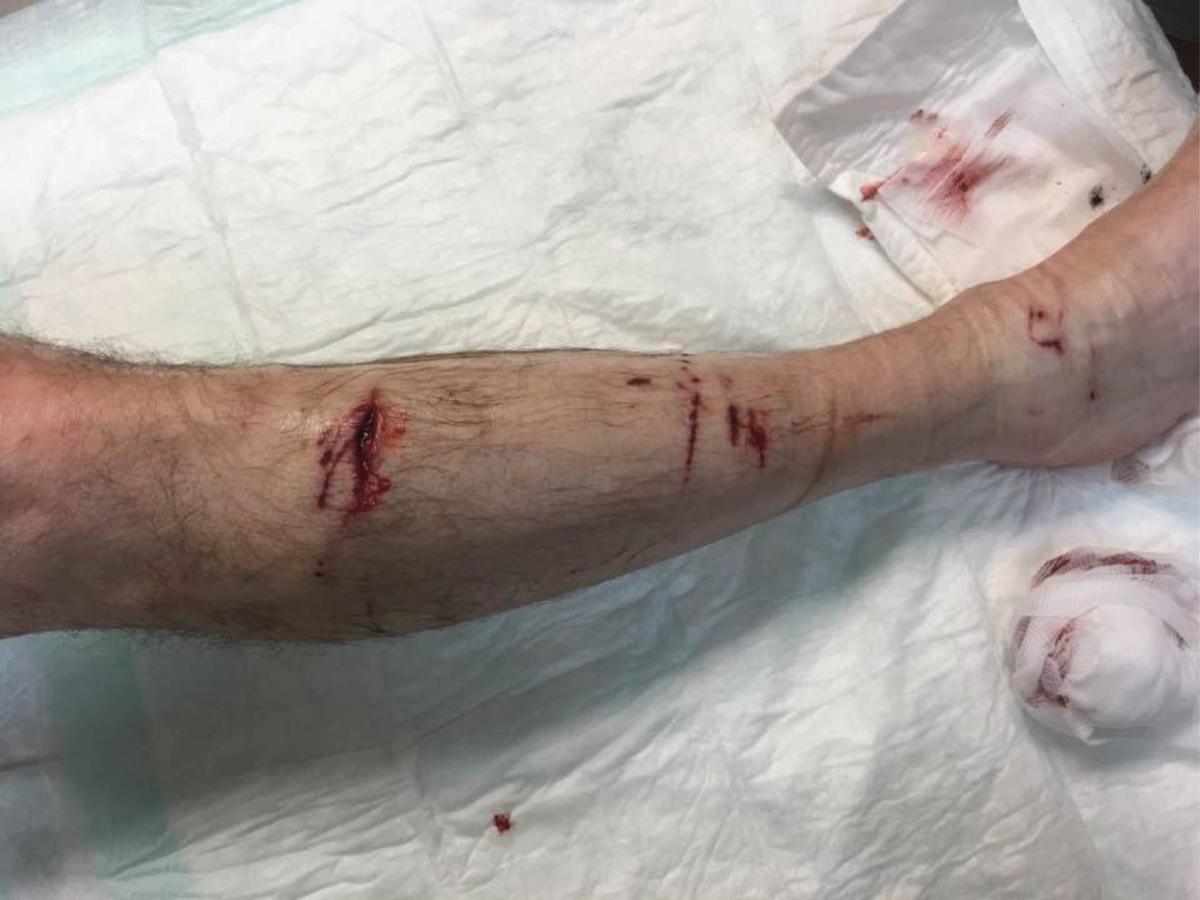 Kevin Marks, of New Braunfels, was bitten by an alligator Sept. 23 while wade fishing in a bay near Port O'Connor. 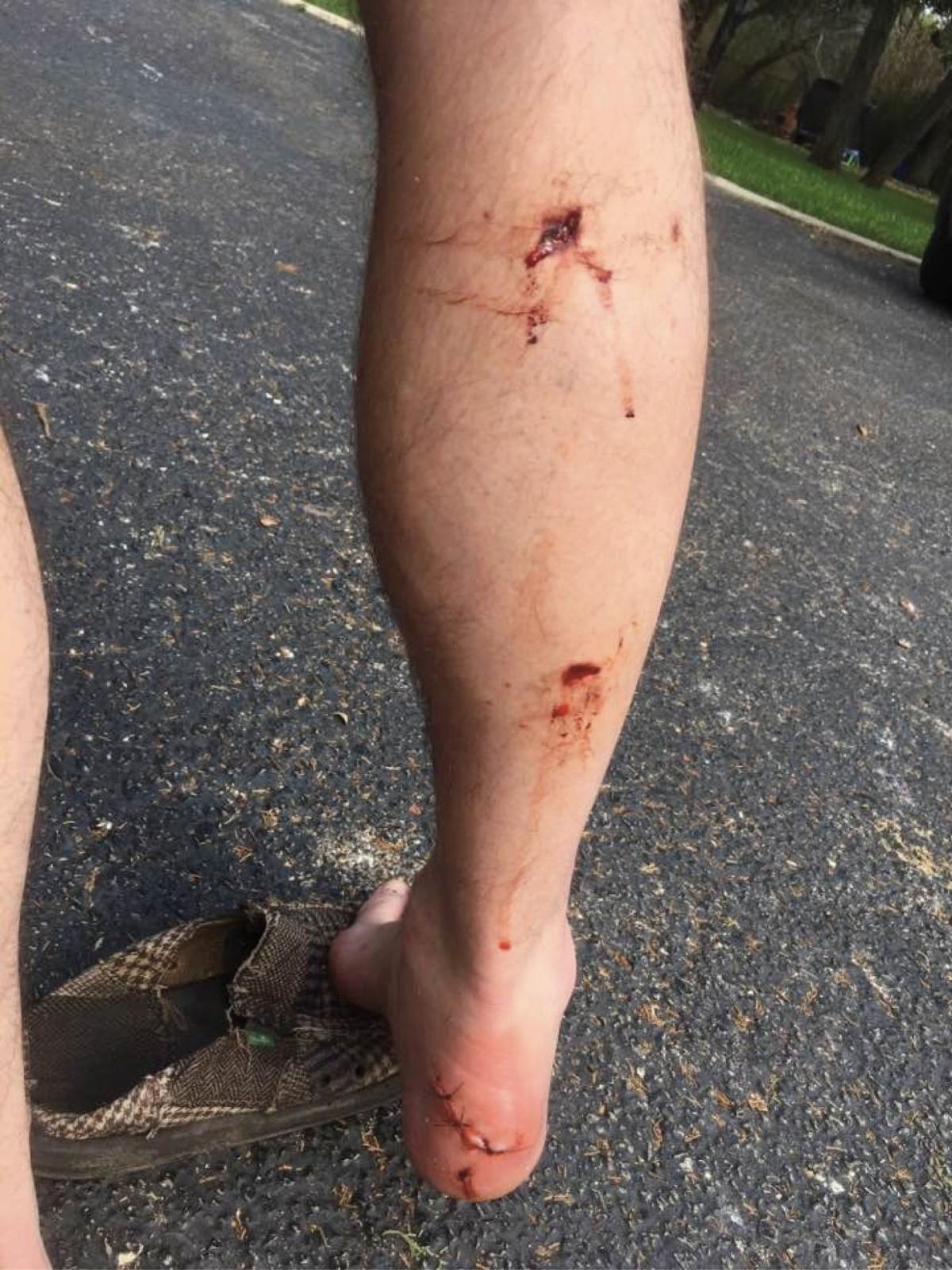 Kevin Marks, of New Braunfels, was bitten by an alligator Sept. 23 while wade fishing in a bay near Port O'Connor.

Kevin Marks was excited to spend the weekend before his birthday fishing in Port O'Connor.

Marks traveled to the area from New Braunfels, where he lives, the weekend of Sept. 23 to enjoy peace and solitude fishing with his son and his son's friend.

"I spent a lot of time Friday and Saturday thanking the Lord and being grateful," Marks said.

His Saturday morning fishing plans were thwarted by another creature of nature - an alligator.

A longtime wade fisher, Marks said he went to one of his go-to spots at the bay of Lighthouse Cove. He waded out from his boat and quickly noticed there were more holes than usual in the cove. Since it was deeper in some spots, Marks backed into waist-deep water toward the shoreline and started fishing in the grass. He said he does not throw live or dead bait and does not drag a bait bucket, and he did not have any fish on his stringer. Marks said he had just released a small trout when he felt something grab his right foot near his ankle. The alligator, which Marks could not see in the murky green water, began to shake Marks and attempted to drag him. He felt a deep bone pain.

"It felt like a vice on my foot, and it felt like my ankle was being crushed," Marks, 59, said.

The alligator held onto Marks' foot for about 10 seconds and released him. It then reached up his right leg and grabbed him around his calves and began shaking and pulling Marks.

Marks said he was pulled into shoulder-deep water before he was able to reach down and get his right hand into the creature's mouth and began pulling up on the jaw.

"That's when I realized what it was - I felt his head and his teeth when I put my hand in his mouth," Marks said.

The alligator released Marks after a few seconds. Marks did not call 911 and was able to receive first aid quickly from his son, who is an emergency medical technician, but later went to a hospital in Port Lavaca to check for an infection.

Jonathan Warner, the alligator program leader for Texas Parks and Wildlife, said Marks' encounter with the alligator is a rare case.

"We think it is probably an animal that was displaced from all the flooding with Hurricane Harvey," Warner said.

Looking at the photos of Marks' puncture wounds, Warner estimates the alligator was between 6 to 7 feet long.

"I think it was an opportunist attack. I think it was one of those chance encounters that doesn't happen very often," Warner said.

This type of incident is classified as a nuisance alligator attack, which is when alligators have lost their fear of people and approach them. When that happens, a team will go out and capture the alligator.

Calhoun County Game Warden Jake McMahen said a crew has gone to the area to search for the alligator but has been unable to locate the animal.

"If you see one, stay away from them. They get aggressive when they have babies close to them," McMahen said. "Be aware of your surroundings."

Marks is now recovering from the bites and said he fully intends to return to Port O'Connor to wade fish when his leg and foot heal. He said he feels very blessed to have lived through the attack. He also is thankful that the alligator attacked him and not a child.

"God protected me that day," he said.

The Texas Parks and Wildlife offers these tips:

• Swim only in designated areas. Swimming areas close at sunset. Alligators are more likely to be active at dusk and dawn.

• Do not feed or harass alligators. Feeding or offering food, including fish or bait, to alligators in Texas State Parks is not only dangerous but a violation of state park rules and a Class C misdemeanor punishable by up to a $500 fine.

• Inform a park employee right away if you see an alligator in or near the swimming area or if you see people feeding or harassing alligators.

• Keep 30 feet away from alligators at all times. If you get too close, back away slowly.

• If an alligator hisses, it's warning you that you are too close.

• A female protecting her nest or young may charge if you get too close but will quickly return to the nest after you leave.

• Alligators often bask along the banks of ponds or streams. They are usually warming their bodies; they are not actively hunting.

• Pets are the size and shape of common alligator prey. Keep them away from the water's edge and on leashes that are no longer than 6 feet.

• Tell a park employee if an alligator comes toward you when you are walking near the water, especially if it comes out of the water. In many cases, people have fed such alligators.

• Do not continue to fish near an alligator that is interested in your fishing line or catch.

• Do not attempt to move an alligator! Notify park employees, who can manage the alligator safely.

For more information about alligators in Texas, click here.