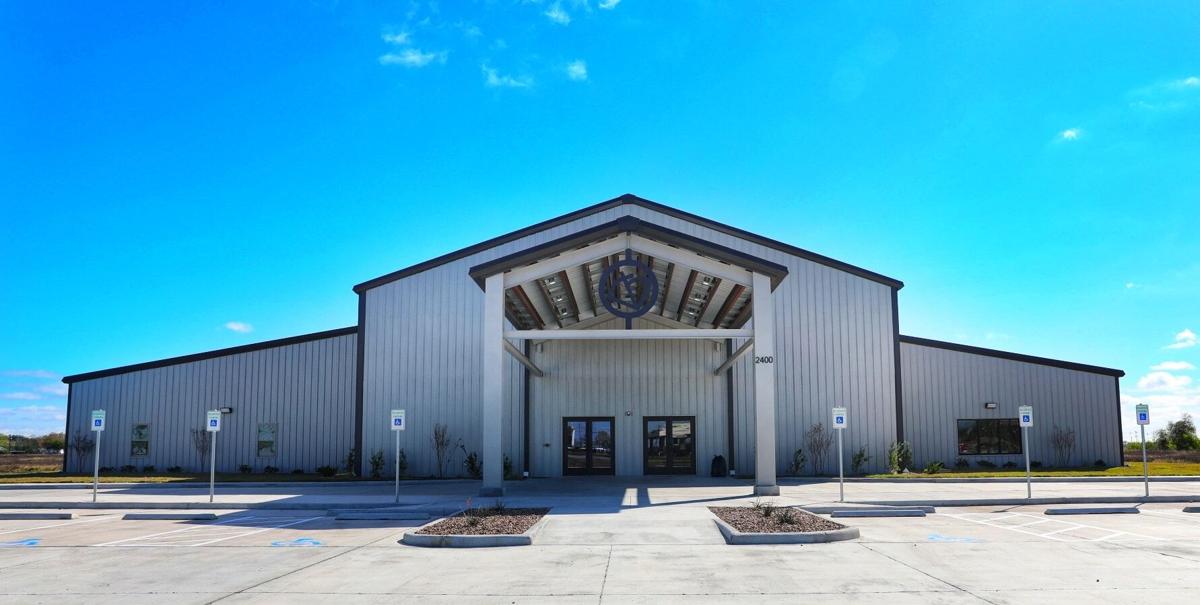 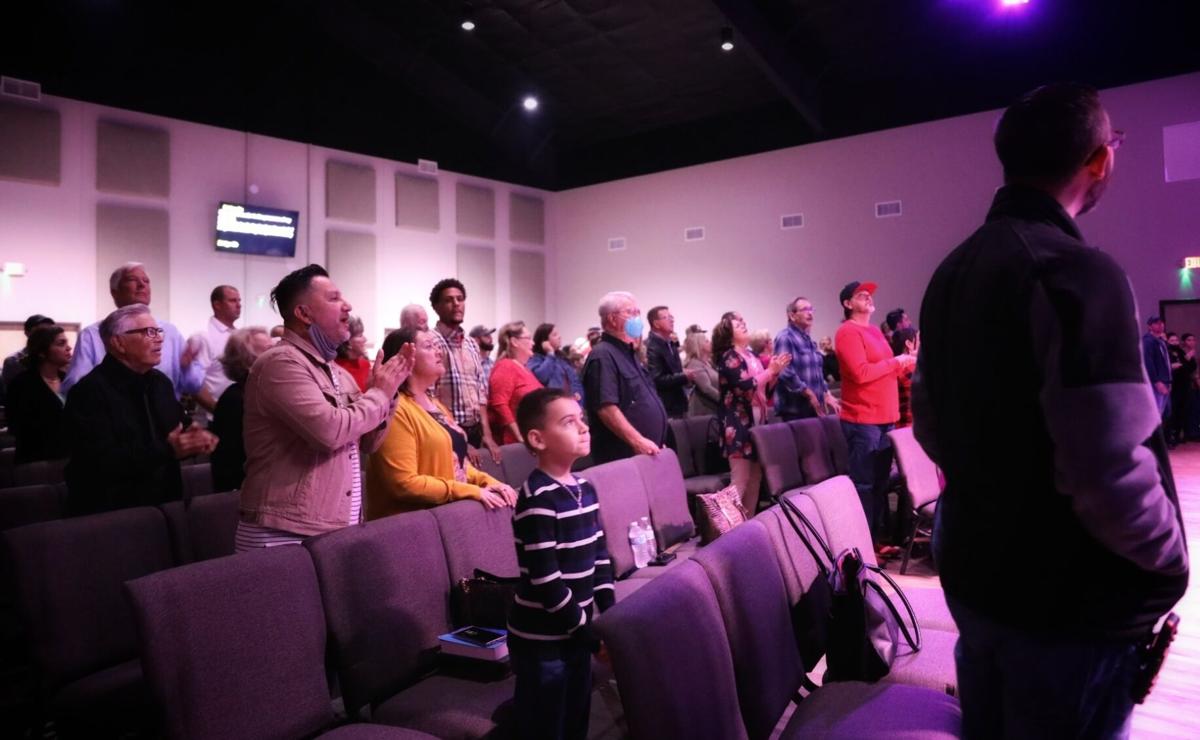 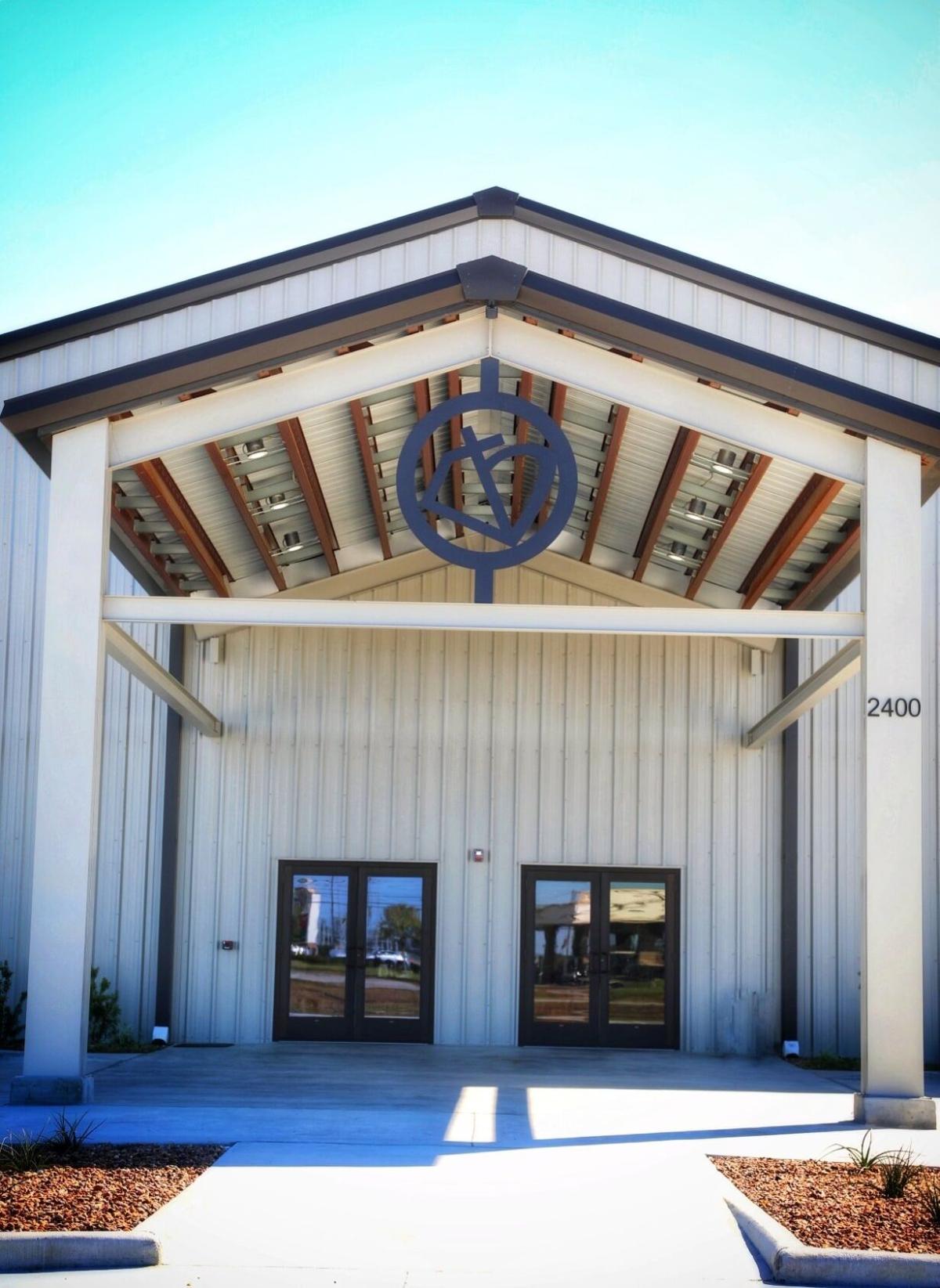 The entrance of Parkway Port Lavaca opens to an expansive foyer inside the new church building. 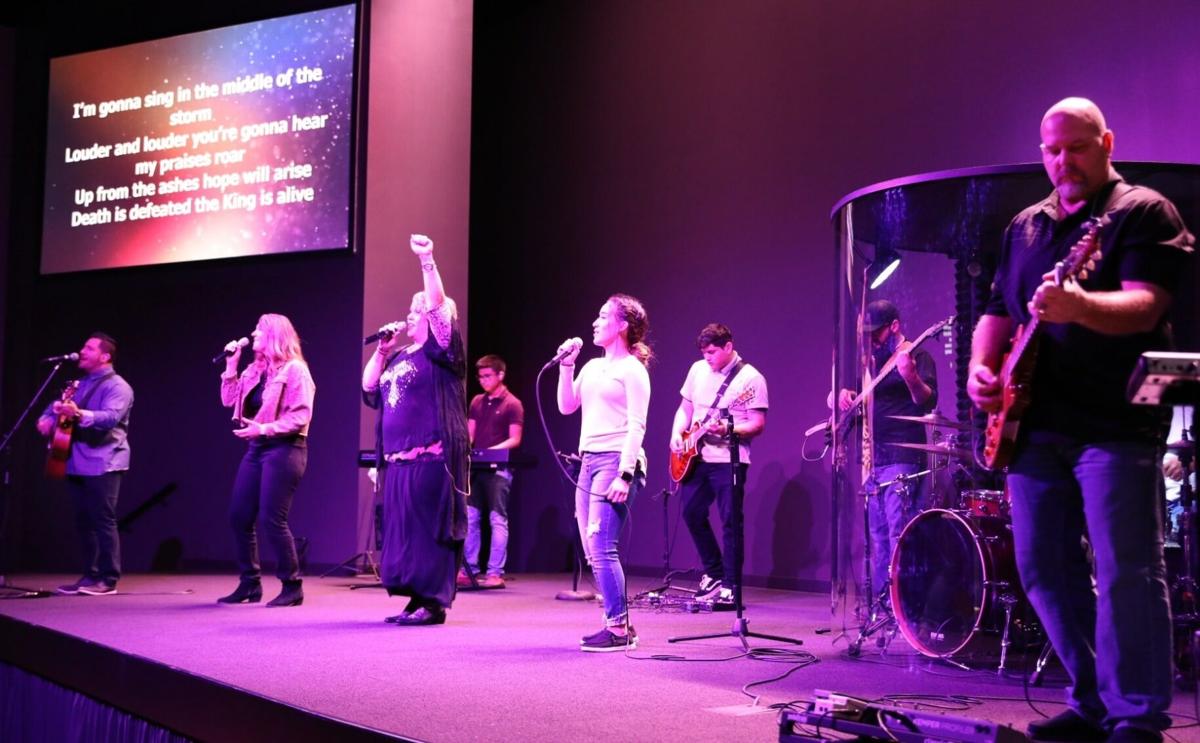 Members of Parkway Port Lavaca celebrate a service inside their new church building. 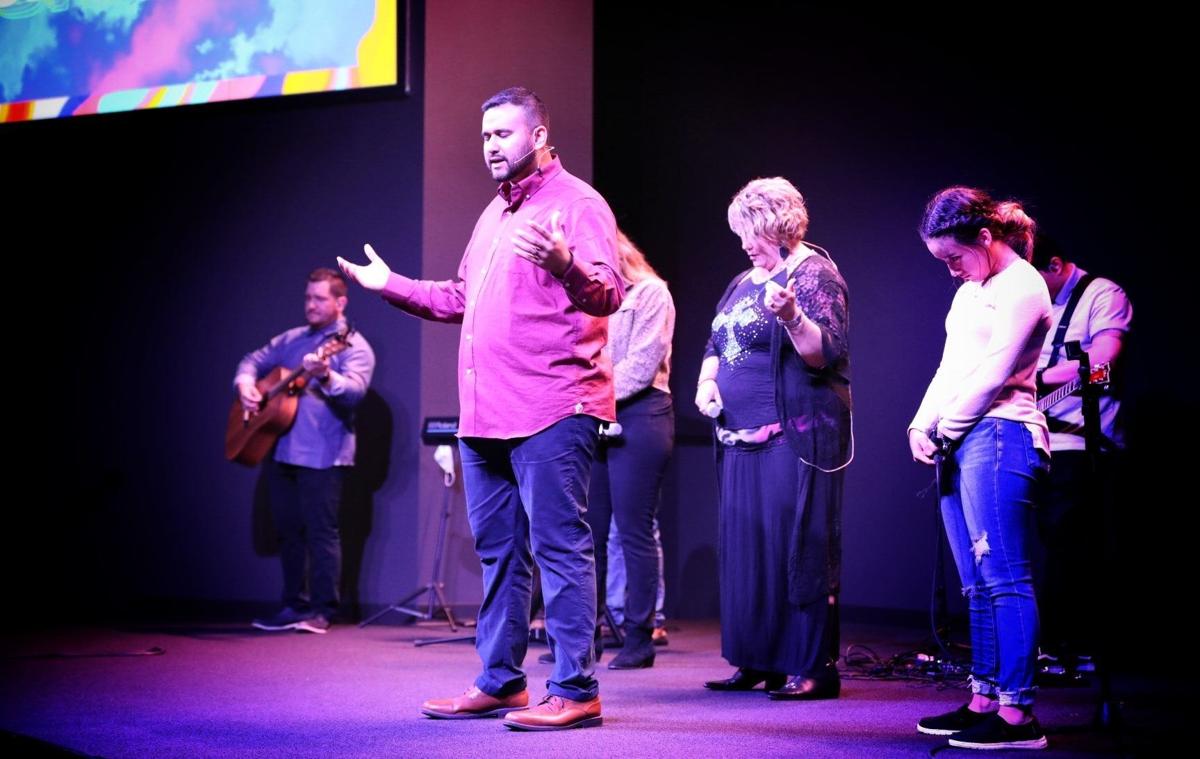 The entrance of Parkway Port Lavaca opens to an expansive foyer inside the new church building.

Members of Parkway Port Lavaca celebrate a service inside their new church building.

For eight years, members of Parkway Port Lavaca have had to set up and tear down the setting for their church services every Sunday.

Those days are over. With the completion of a 15,000-square-foot building situated on 10 acres at the corner of U.S. 87 and SH 35 across from the Buc-ees in Port Lavaca they now have a permanent home.

“On a practical level, the church family has been setting up and tearing down chairs, gear and all we need for services and ministries for eight years, and now we have a place to connect and actually enjoy church life together,” said Mike Hurt, pastor for Parkway Church in Victoria.

In the beginning, the new campus congregation met at the Bauer Community Center, which became unavailable after Hurricane Harvey. Since then, they have moved around, most recently worshipping at Grace Funeral Home in Port Lavaca.

“They were a great partner allowing us to use their building, but moving to our own home is obviously a good thing for us,” Hurt said. “It’s a simple metal building. I jokingly say it’s our coastal modern church. But it’s very welcoming and we have found that it’s a great way for people to connect and worship.”

The church provides room for about 300 people to worship in addition to areas for gathering, classrooms for children and space for other ministries. Although the congregation has been dispersed since the start of the pandemic, about 250 people showed up for the first Sunday worship service in the new church in November.

The new church also provides the congregation with a base from which to do ministry in and around Calhoun County, Hurt said.

“This is not just for the church family but for Calhoun County,” Hurt said. “We’ll be able to do ministries such as food distribution and mentoring with local schools.”

The church construction project, which was conducted by Lauger Construction, began in March and ended Nov. 29.

Roland Cantu, a deacon for Parkway Port Lavaca, first joined Parkway Church in Victoria through his music. He joined the praise and worship team, and then moved his talents to the Port Lavaca campus when it opened. When the congregation worshipped pre-Hurricane Harvey at Bauer Community Center, they gained quite a few members and made a significant impact on the community, Cantu said.

“The youth were becoming disciples and followers of God — the youth program was growing so well,” Cantu said. “They would be out cleaning parks, working in the yards of the elderly, and doing whatever needed to be done. At Parkway, we do what we can to take care of those needs. It’s never been about a building, although that was our vision. It’s about being part of Port Lavaca. That’s the bigger vision for us.”

Cantu, who reared his son as a member of Parkway Port Lavaca, said the impact the church has on the youth in Port Lavaca is exciting.

“I look at the youth and how they help each other and look out for each other,” Cantu said. “I hope we can use the rest of the area to grow. There are 10 acres there.”

Cantu echoed Hurt’s sentiments about the newfound ease of the services with the new building. Rather than beginning to work at 7 a.m. for the 11 a.m. Sunday service, he recently sat in the large foyer of the new church and enjoyed coffee and a donut over conversation with other members of the church.

“There is a large entrance where you can meet the people you worship with. The new building has been a long time coming. I really love going through those doors,” Cantu said. “We hope to grow the church, of course. Our hope is to expand and have more than one service, to make an impact, get back to helping the people of Port Lavaca, reaching out to the community, whatever the needs are. We just want to be an asset to the community.”

When asked what makes the church special, Cantu referenced the Bible-based messages that apply to current-day scenarios.

“The messages are relative to life struggles of today, the virus, raising a family, or whatever the case may be,” Cantu said. “You realize there is something in the Bible for any circumstance you are in, and that’s more true than I ever thought until I really got involved in the church. I was not involved in a church until I joined Parkway. If you don’t have a church home, come to Parkway Port Lavaca and let us try to be that for you. I believe everybody should go to church, find a family and a place to worship.”

Sam Flores, the Port Lavaca campus pastor, said what sets the church apart from others is that the congregation is full of “doers who enjoy serving and taking time to sacrificially give to the community to serve each other’s needs.”

Flores praised his congregation for showing up and meeting the needs even when it was not convenient for them. He continued that the time that they took to set up and tear down for so many years really stood out to him.

“I was blown away by their generosity,” Flores said.

Flores said that having a consistent place for gathering will allow the congregation to spend more time and energy doing ministry work.

“It’s exciting to have the flexibility of spending time with people instead of doing prep work,” he said. “We can redirect that energy and time to the community. I mean, we were able to achieve that without a location, but I have noticed in the past two weeks that we can do that even more so. We are getting even more creative in working with the people.”

Flores said that he wants Parkway Port Lavaca to be known for supporting the community.

“I want to back up the language with action,” Flores said. “I see us moving forward as a resource for the community. We want to meet the community where they are, not just them coming to see us.”

Flores looks forward to the next chapter.

“It’s very much a beginning. It feels like we have more capacity to do what’s in our hearts. It’s another step in that direction,” Flores said. ”All the anticipation and hope we had to get to this milestone has been met with a lot of joy and celebration. When we got to the building, it felt like it was time to get to work. This is not the finish line. We can position ourselves to do more good in the community.”

250 people together indoors in a pandemic? Yikes. Guess the whole "love thy neighbor" thing goes out the window when it comes to...church?

Thank you Parkway church...do not listen to the negative.

Have you ever bid on an animal at a livestock auction?