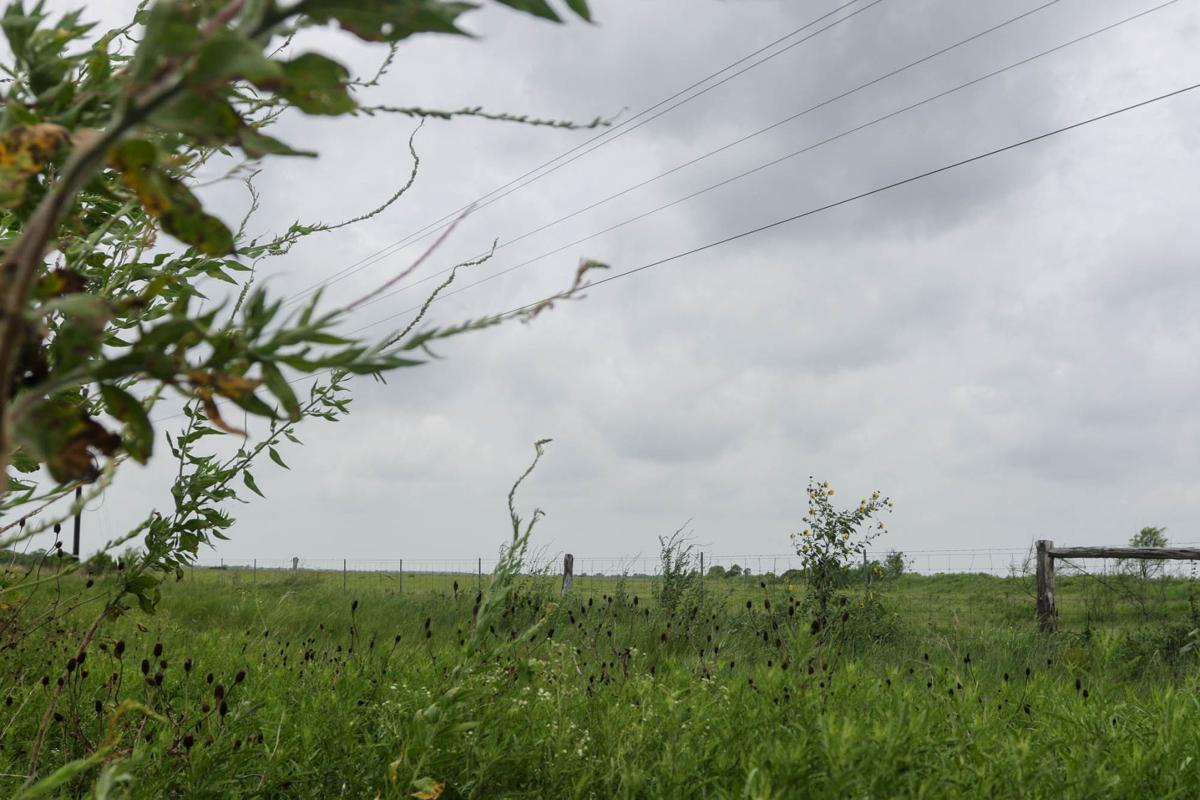 The majority of the land the Calhoun Port Authority has purchased since 2016 is off SH 316 about 9 miles southeast of Port Lavaca. According to Army Corps of Engineer documents, the land will be used as a placement area for contaminated dredge material if Congress authorizes and funds contractors to deepen and widen the Matagorda Ship Channel. 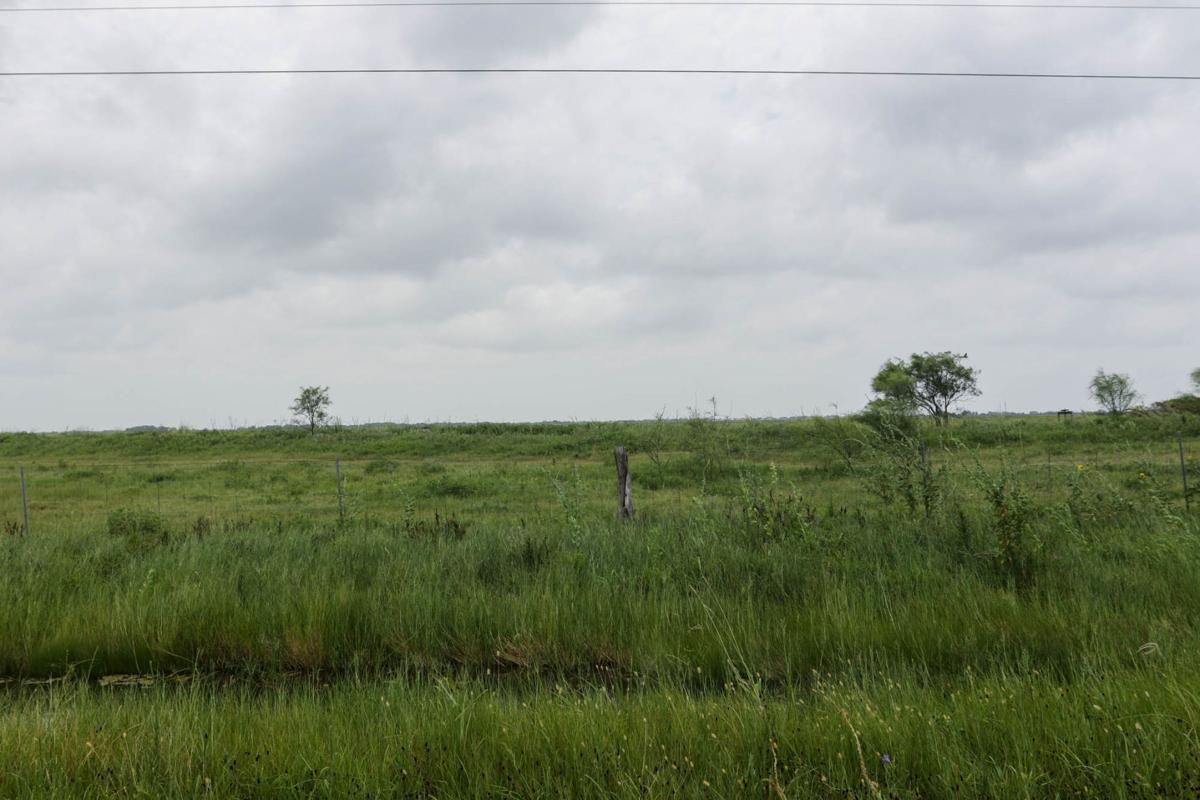 Most of the land the Calhoun Port Authority has purchased since 2016 lies between SH 316 and Farm-to-Market roads 2717 and 2760. A taxidermy business, a small church and several mobile homes are nearby.

The majority of the land the Calhoun Port Authority has purchased since 2016 is off SH 316 about 9 miles southeast of Port Lavaca. According to Army Corps of Engineer documents, the land will be used as a placement area for contaminated dredge material if Congress authorizes and funds contractors to deepen and widen the Matagorda Ship Channel.

Most of the land the Calhoun Port Authority has purchased since 2016 lies between SH 316 and Farm-to-Market roads 2717 and 2760. A taxidermy business, a small church and several mobile homes are nearby. 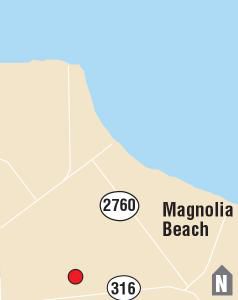 The plan to deepen and widen the Matagorda Ship Channel currently includes muddying a prairie in Calhoun County with mercury.

According to Army Corps of Engineer documents, land the Calhoun Port Authority owns in the Alamo Beach area “will only be used (as a dredge material placement area) if contaminated dredge materials are found ... ”

Port Director Charles Hausmann said he has asked the Corps to remove this passage from the documents for the project and it is trying to do so.

Hausmann said Alcoa has agreed to accept contaminated dredge material should any be found, but none has been found since he’s worked for the port.

Neither the Corps nor Alcoa confirmed this by deadline.

It’s not clear what the Corps means when it writes “contaminated” in the documents related to the ship channel, but the Environmental Protection Agency has said it considers a liter of solid waste that contains more than 0.2 mg of mercury to be hazardous.

State and federal regulators have vowed to test dredge material for mercury should Congress authorize and provide funding for the channel to be deepened and widened.

In the 1960s, Alcoa discharged wastewater that contained mercury into Lavaca Bay.

In the bay, microorganisms turned it into methylmercury.

According to the EPA, methylmercury is a powerful neurotoxin people can get from eating fish and shellfish that have accumulated it in their tissues.

Martin Tsz-Ki Tsui, an assistant professor in the biology department at the University of North Carolina at Greensboro, said most of the methylmercury in the bay is likely sequestered under layers of sand, so dredging the bay could release the methylmercury to climb the food chain again.

He said the greatest risk the methylmercury poses to people when placed on land is if heavy rain falls over it, allowing the sediment and methylmercury to drain back into the bay and climb the food chain.

Minutes from the port board’s meetings have only vague references to these purchases, so the Victoria Advocate relied on the Calhoun County Tax Appraisal District’s website to obtain details about the purchases and to determine where they lie on a map.

Curiously, the port’s newer land is adjacent to about 73 acres owned by the estate of Jo Ann Lundin and David Lundin, former board chairman Randy Boyd’s in-laws.

Hausmann said that is a coincidence. He said Boyd was not serving on the board when John Hubbard, the registered agent for Alamo Beach Ltd. Partnership, gave the port the option to buy the bulk of the land in the Alamo Beach area.

He said that was when the port was trying to attract a liquefied natural gas project, which would have needed the land.

Neither Boyd nor Hubbard could be reached for comment.

The port is also asking the Texas Attorney General’s Office if it can withhold the purchase price of the land from the public, so the Advocate turned again to the appraisal district’s website.

It shows the land the port has acquired since 2016 was most recently appraised at about $2.9 million.

More ports are buying land to put dredge material on so they don’t have to wait for space to open up on federal placement areas, said Robert Randall, the director of the Center for Dredging Studies at Texas A&M University.

He said if it’s not a federal project, the Corps may also charge a port a tipping fee.

“I think it’s an expeditious way of getting their dredging done that they need in order to bring ships of the size they are expecting to come,” Randall said.

The Environmental Protection Agency and the Food and Drug Administration recommends women of childbearing age (between 16-49 years old), women who are pregnant or breastfeeding and young children should eat two to three servings (between 8-10 ounces) of a variety of fish and shellfish each week.

POINT COMFORT – The Calhoun County Port Authority is one step closer to getting federal approval to widen and deepen the Matagorda Ship Channel.

POINT COMFORT – For as long as he can remember, Jack Gandie has fished the part of Lavaca Bay closest to Alcoa.

Have you ever stepped on a Lego barefoot?