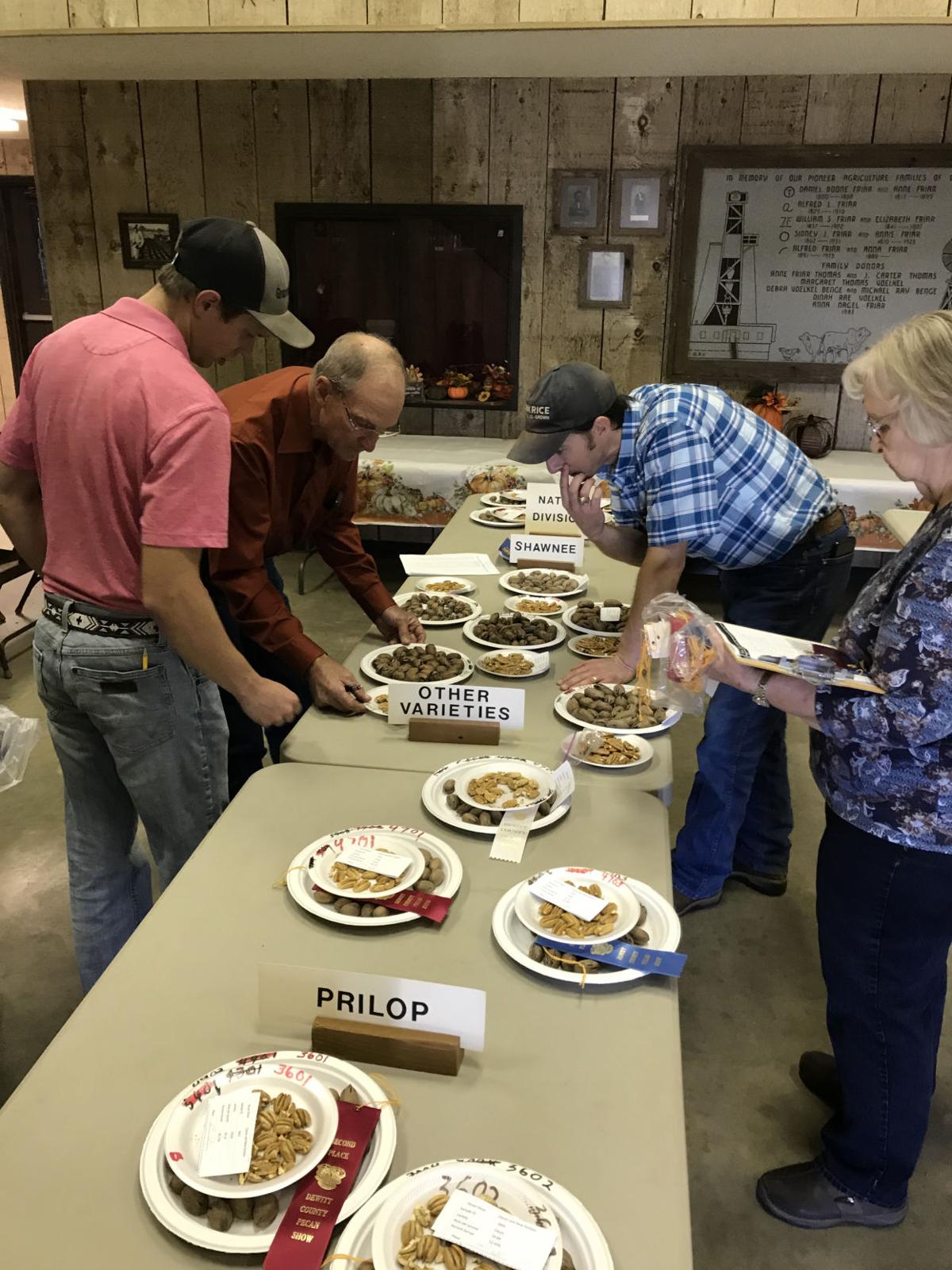 Grand and reserve champion entries in the three pecan divisions of Classic, Commercial and Native.

Grand and reserve champion entries in the three pecan divisions of Classic, Commercial and Native.

The 57th Annual DeWitt County Pecan Show was Tuesday at the Friar Ag Center in the Cuero City Park.

Thirty-three entries from three counties competed. Counties represented were DeWitt, 18 entries; Victoria, nine entries; Lavaca, six entries. Twenty-three entries will advance to the regional show in College Station from Jan. 6 to 8, according to a news release from the DeWitt County AgriLife Extension Service.

The grand champions in each of the three divisions received a $25 cash award donated by the Cuero Chamber of Commerce and Agriculture. The grand champion plaques and the grand and reserve champion rosettes were donated by DeWitt M&J – Mark Vavrusa, and Cuero Pecan House – Annette, Erwin and Anthony Rath.

The results of this year’s show are as follows: