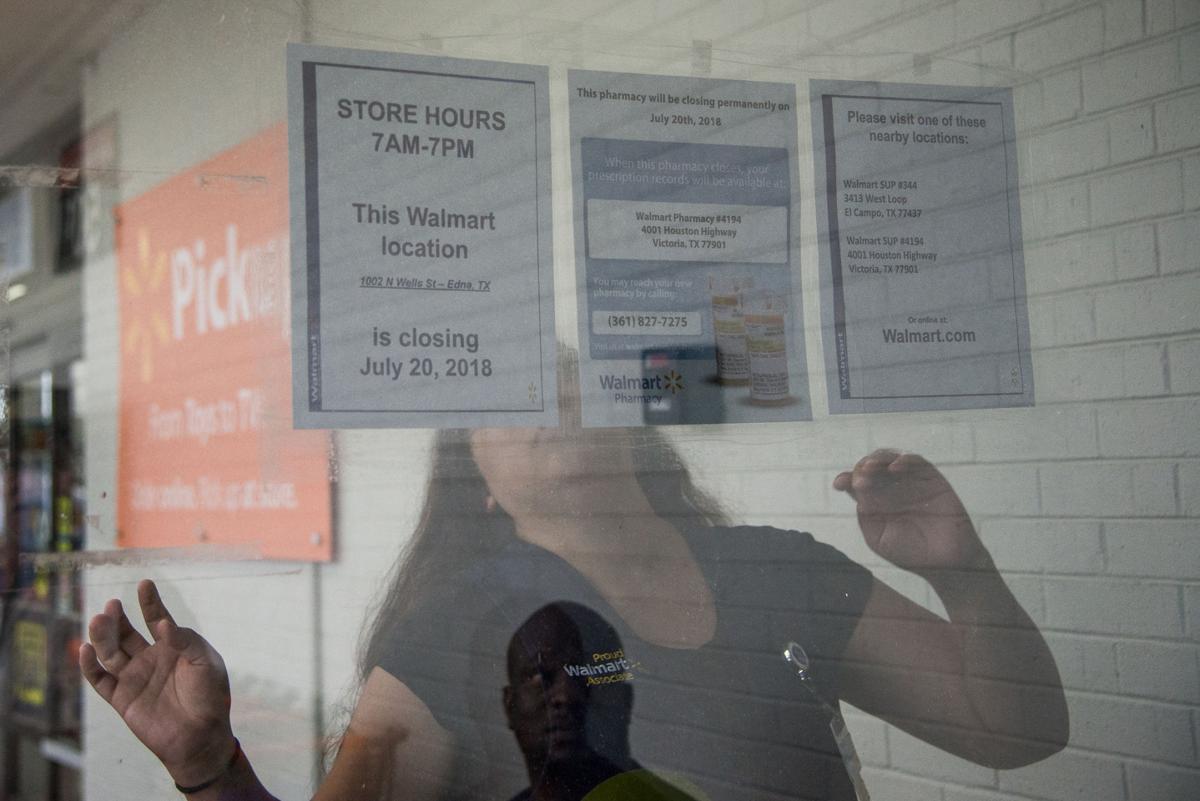 Amanda Hernandez, 29, adjusts the entrance door at Walmart with signs about the store’s closure on July 20. 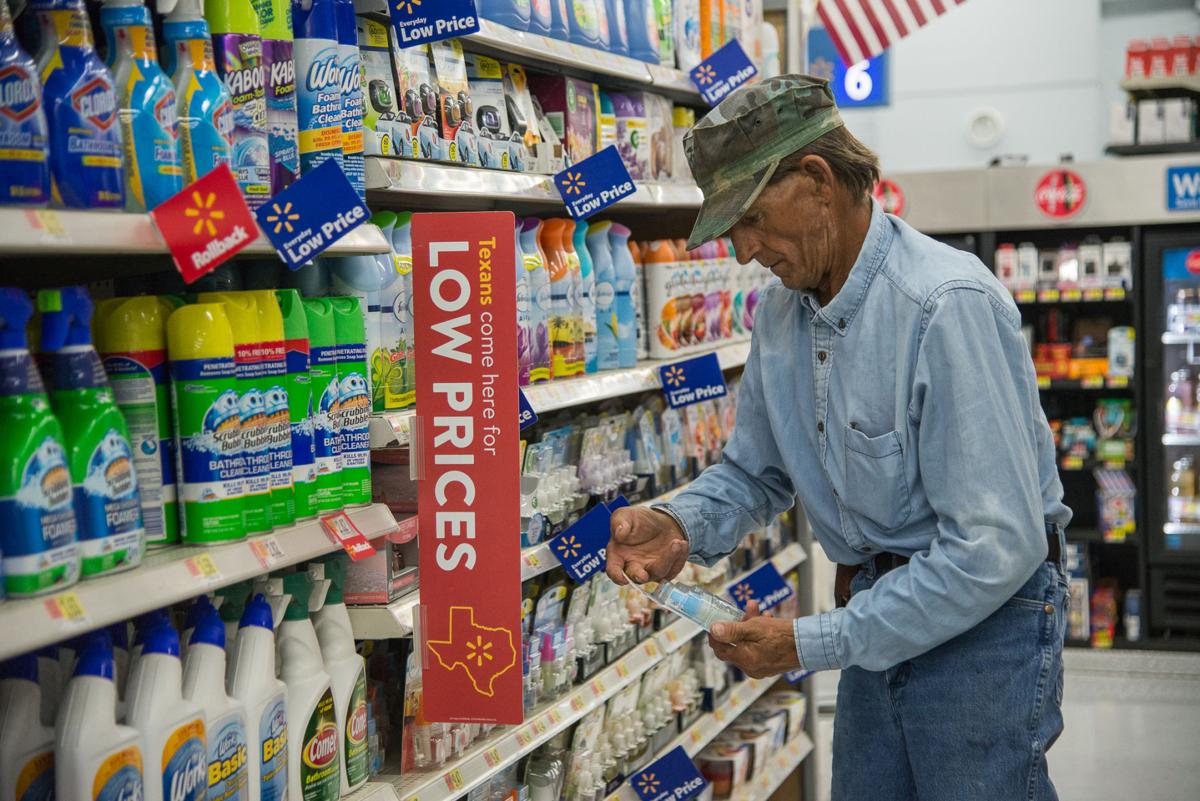 Earl Moore, 60, shops at Walmart in Edna, which will close July 20. 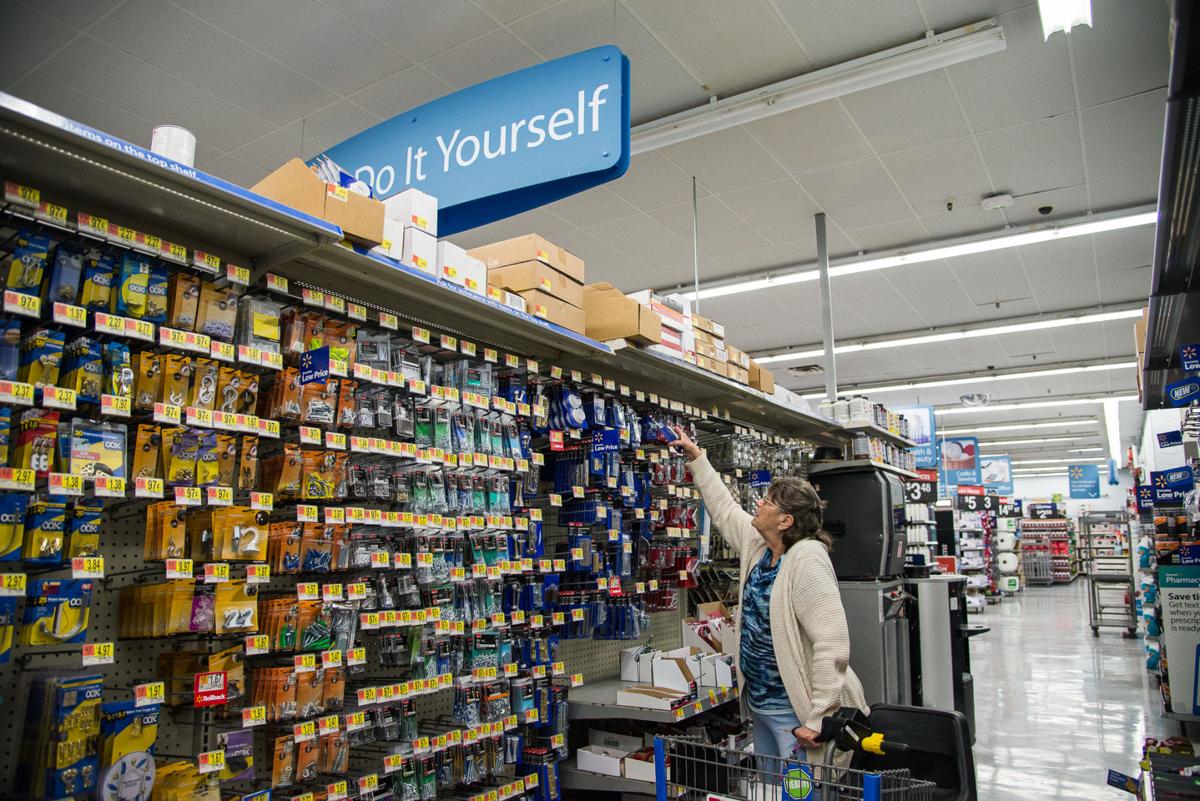 Virginia Edwards, 64, shops for hardware at Walmart in Edna. The store is planning to close July 20. 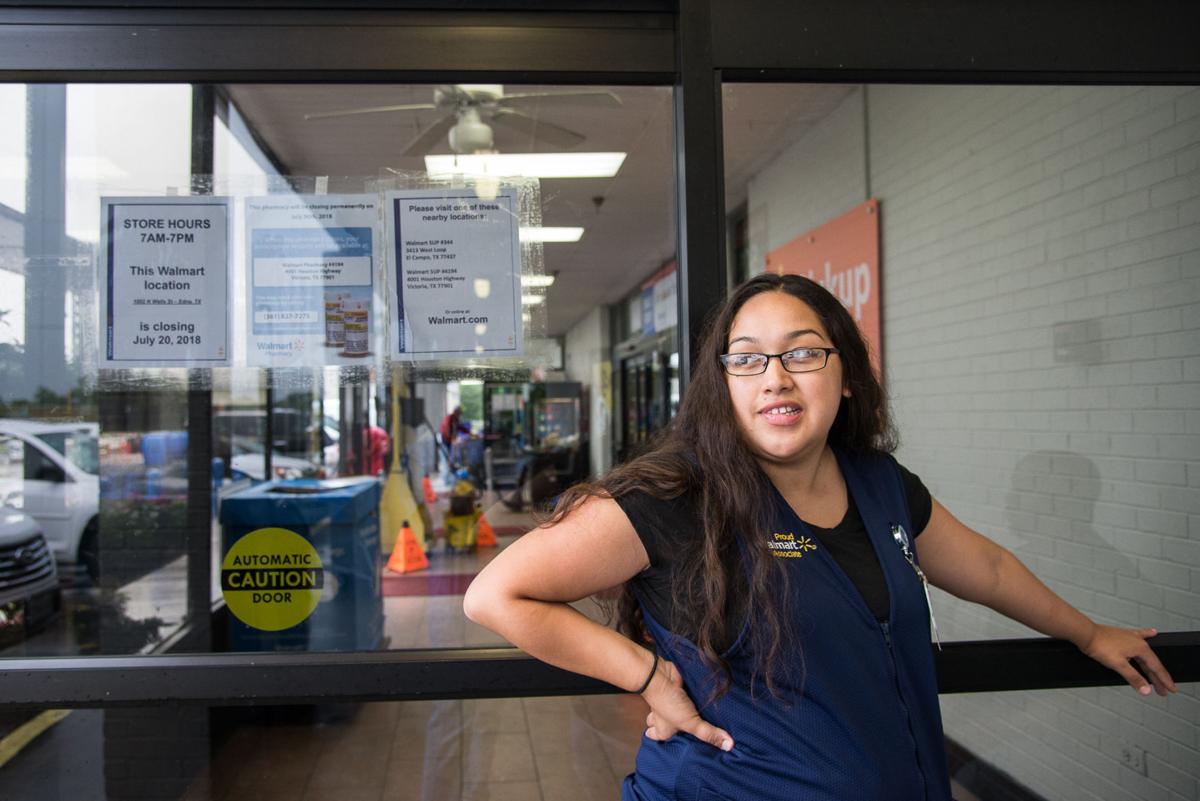 Amanda Hernandez, 29, takes a break outside the Walmart in Edna, which is closing July 20 after having been open for 36 years.

Amanda Hernandez, 29, adjusts the entrance door at Walmart with signs about the store’s closure on July 20.

Earl Moore, 60, shops at Walmart in Edna, which will close July 20.

Virginia Edwards, 64, shops for hardware at Walmart in Edna. The store is planning to close July 20.

Amanda Hernandez, 29, takes a break outside the Walmart in Edna, which is closing July 20 after having been open for 36 years.

EDNA – Officials and residents were reeling in disbelief Wednesday after Walmart officials announced plans to close their store July 20.

“I’m shocked, totally floored,” said Mayor Joe Hermes, who has been on the Edna City Council for about 40 years. “It’s something that none of us saw coming.”

The Walmart at 1002 N. Wells St. opened in 1982, according to a company statement. Employees for the retailer will have the option to transfer to another store, said Anne Hatfield, company spokeswoman.

“This is a tough decision (that) is based on a number of factors including financial performance. Keep in mind, this is a leased property; we’re a tenant in that space,” she said.

“The problem is, I keep being told by them that it’s for financial reasons. They’ll never make me believe that that store is not making money,” Hermes said. “They have three superstores within about 30 miles of Edna, and I’m thinking possibly their concept is the people that are shopping here and now will go to one of those three stores.”

City officials already have begun contacting general retail national chains about filling the space Walmart will leave empty, Hermes said. They were communicating with three companies as of Wednesday. He said he’s confident the city will be able to find retail companies that will help fill the city’s financial shortfall Walmart is creating.

When Walmart came to Edna in 1982, it caused several locally owned businesses to close, Hermes said.

For example, there were three pharmacies in town that closed after Walmart opened.

The store now has the most active pharmacy in town, and only one will be left when it closes – Rogers Pharmacy. The closure is leaving a void in the city, he said.

“When they come and the other stores don’t stay open, and all of the sudden, I get a telephone call (that) they are going to close that store,” he said. “It really is a disaster to the city as a whole. This is not just the city of Edna. We’re talking about Edna public schools. We’re talking about a real hit to the taxing entities here.”

Hermes added the closure will impact the county as well because rural residents and those from neighboring towns shop at that Walmart.

“It really is going to really create some serious problems for the city of Edna government until we can come up with an action plan to offset these huge loses from those taxes plus the loss of the jobs here,” he said.

Hatfield said officials are focusing on the associates who work at the store and plan to talk to each one individually.

If they chose not to transfer to another store, then they’ll be paid until Aug. 31. Additional pay for those eligible will also be provided.

“The decision to close our Edna store is not an easy one, but, as a company, we are committed to continuing our growth and investment in Texas,” according to written statement from Walmart. “We are grateful to the customers who have given us the privilege of serving them in Edna. We look forward to continuing to serve them at other area locations and online.”

Christopher Gardner, 47, of Edna, who has worked at Walmart for about 20 years, said he was in shock when he learned about the news.

He plans to transfer to a Walmart in Victoria. Although he’s thankful the transfer opportunity is available, he said the extra travel will be inconvenient.

“We don’t have much in this community as is – closing the biggest and largest employer in the community,” he said. “There’s not much you’re going to find in jobs (in Edna) ... All we have is banks and doughnut shops.”

Phil Heimbach, 71, of Port Lavaca, doesn’t normally shop at the Walmart but stopped by because he was in Edna. He worked for a large tire corporation for more than 30 years, and understands Walmart’s decision to close the store.

“It’s not making any money, I’m sure,” he said. “I’m sure it’s in the (red) every year and has been for a few years. After a while you have to throw in the towel and say, ‘Hey, we have a chance to get out of the lease, or sell the property.’”

John Schuman, 56, of Edna, shops at the Walmart almost every day. He said he’ll have to plan to do his shopping in Victoria when the store closes.

“It’s going to affect the city,” he said. “Edna is turning into a ghost town. I’ve been here 20 years, and I’ve seen businesses close down, big and small. There is no growth. The Taco Bell went under, the KFC, the bank.”

Hermes said the city will move forward, despite Wednesday’s news.

“I was told by one of their employees there that they have continuously been able to earn their quarterly bonuses,” the mayor said. “I don’t believe that store is in the process of not making money. I don’t believe it.”

To let Walmart know your concerns about the closure of the Edna store, call 800-925-6278 and press 2-2-1 to be transferred to a representative that will pass on your message to the department that makes store closure decisions.

Have you tried to sign up for a vaccine?