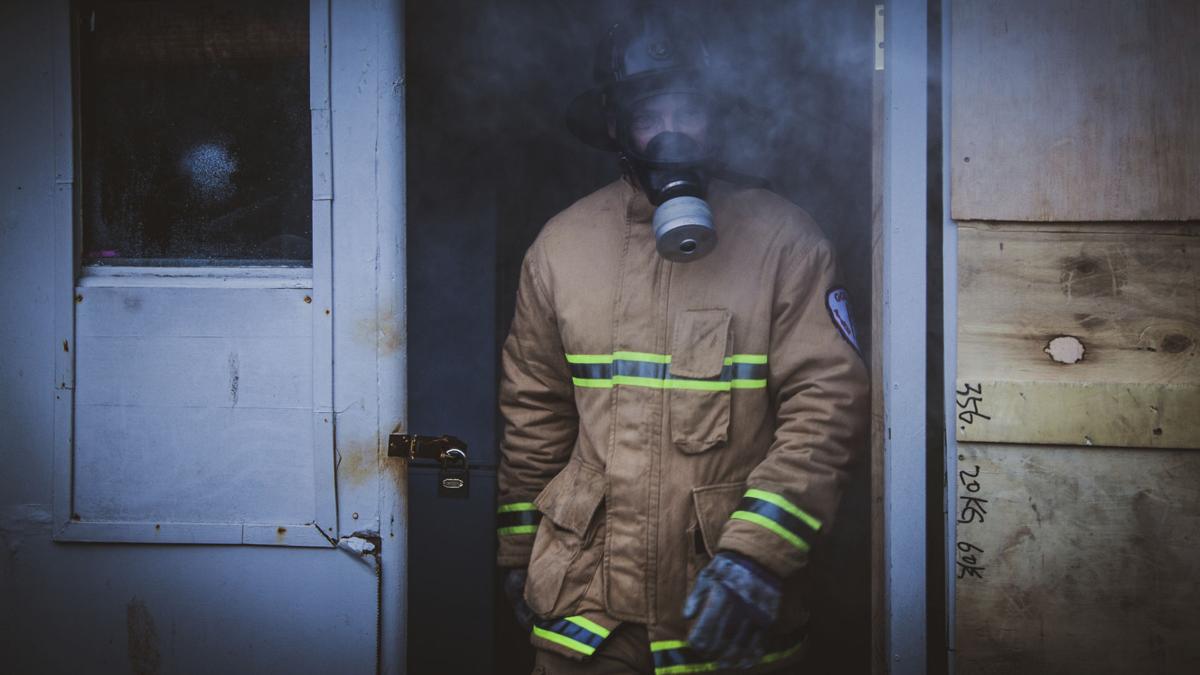 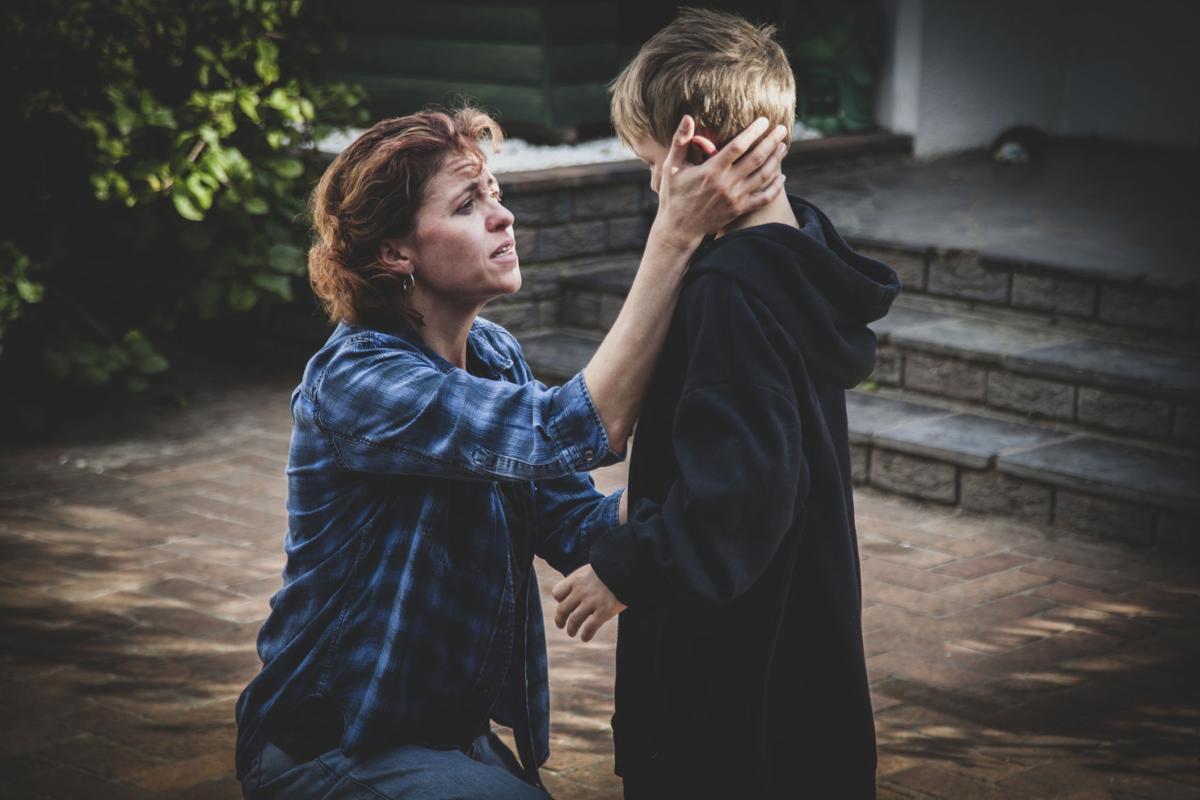 Discovery Channel producers visited the Crossroads during the summer to conduct interviews and gather footage. 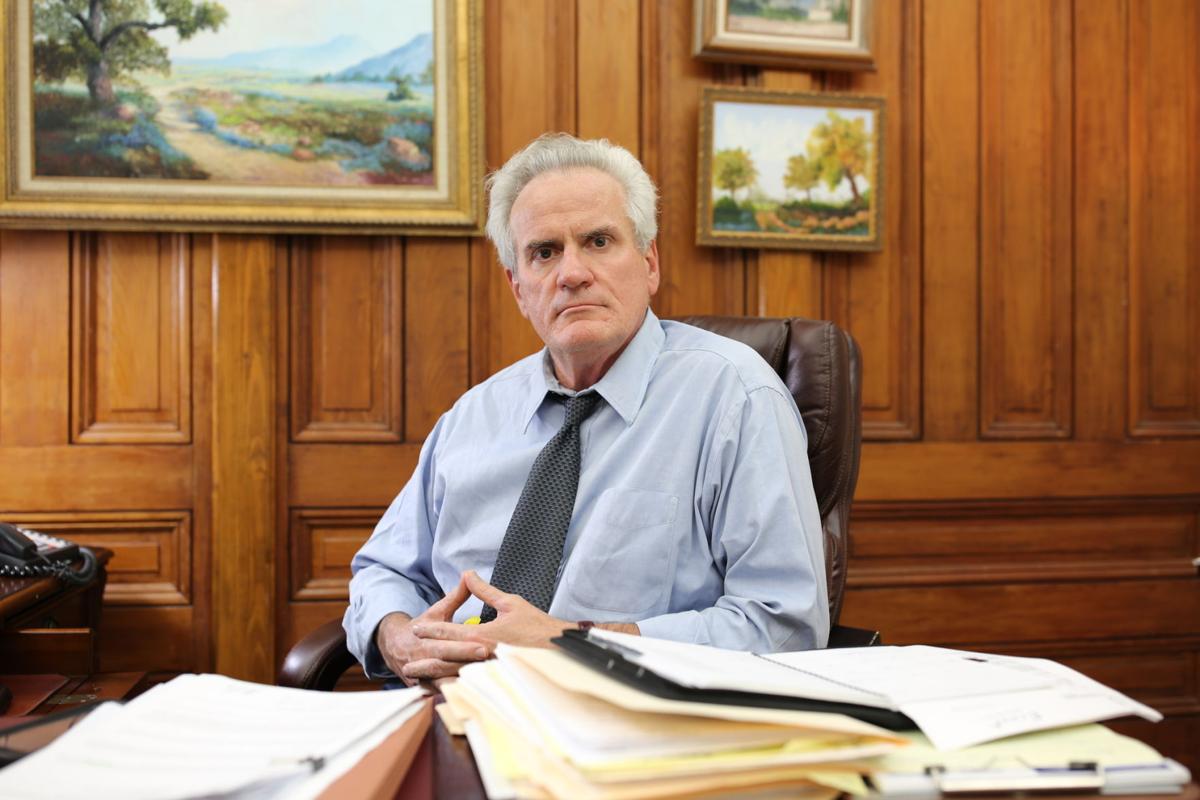 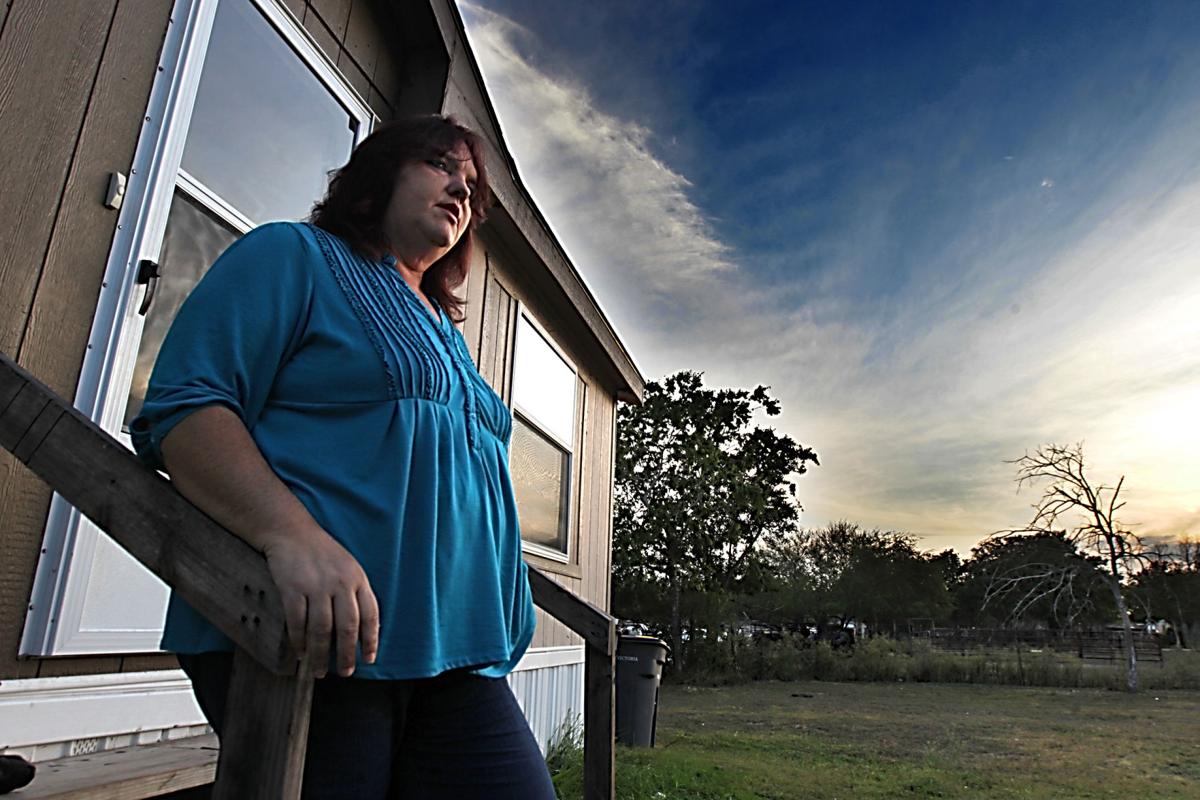 Standing on the porch of her home in Victoria, Sharon Burdette never gave up hope that her sister Patricia Mills' death would not go unsolved. Nine years later Delbert Andrew Mills was charged with capital murder and arson in the death of his wife, Patricia Leigh Mills 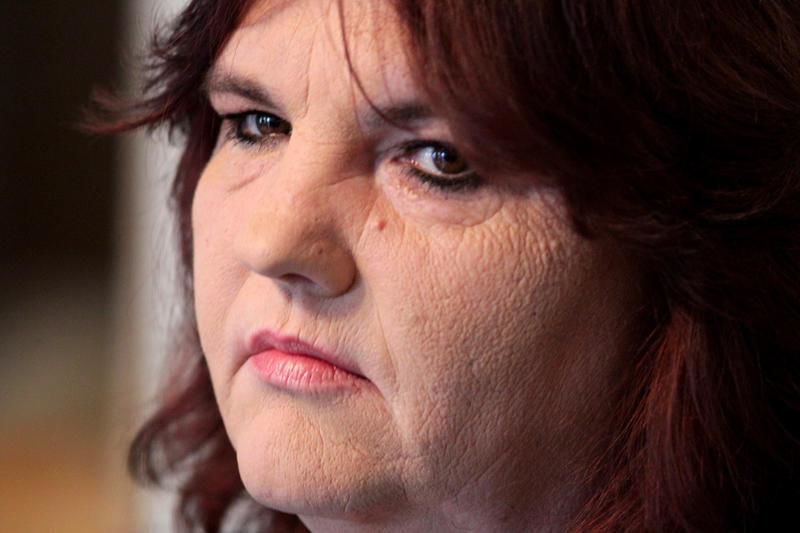 For years, Sharon Burdette believed her sister was murdered, but she could not get anyone to investigate the death. In 2010, Goliad Sheriff Kirby Brumby reopened the case and investigated. 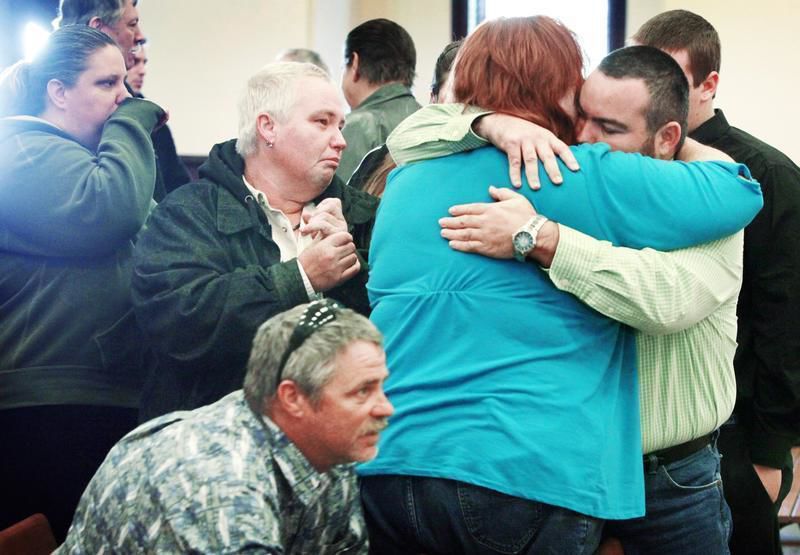 Sharon Burdette embraces Richard Wiley, right, as Allison Salinas, far left; Jo Wiley, middle; and Todd Burdette, bottom, react after the verdict at the Mills trial in Goliad. Delbert Mills was found guilty of murder in the 2003 death of his wife Patricia Leigh Mills and was sentenced to life in prison. 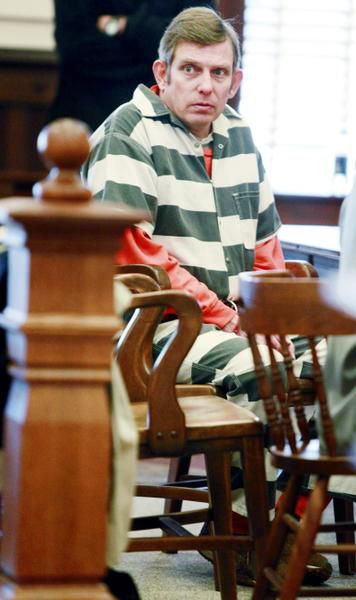 Delbert Mills watches as his son John Michael Burdette enters the courtroom to give his victim statement after the verdict at the Mills trial in Goliad. Delbert Mills was found guilty of murder in the 2003 death of his wife and John Michael's mother, Patricia Leigh Mills, and was sentenced to life in prison. 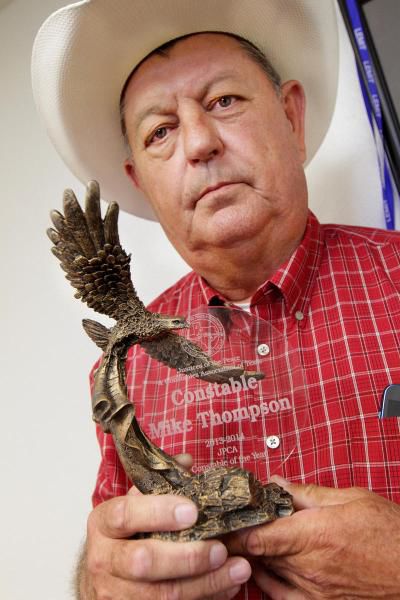 Goliad Constable Mike Thompson received the Constable of the Year award from the Justices of the Peace and Constables Association of Texas at the association's convention held in Wichita Falls. He was honored at a reception in Goliad.

Discovery Channel producers visited the Crossroads during the summer to conduct interviews and gather footage.

Sharon Burdette embraces Richard Wiley, right, as Allison Salinas, far left; Jo Wiley, middle; and Todd Burdette, bottom, react after the verdict at the Mills trial in Goliad. Delbert Mills was found guilty of murder in the 2003 death of his wife Patricia Leigh Mills and was sentenced to life in prison.

The real-life people affected by a Goliad County homicide hope a soon-to-air Discovery Channel documentary will bring other cold cases to justice.

“If this saves one person from going though what my sister went through, then it was worth it,” said Sharon Burdette, 53, of Victoria.

Titled “Out of the Ashes,” Episode 3 of the six-part series “Welcome to Murdertown” will debut at 8 p.m. Tuesday on Investigation Discovery.

Jan. 17, 2013, the deceased woman’s husband, Delbert Mills, 51, was found guilty of capital murder for the death of his wife and sentenced to life in prison.

After demanding for years that investigators reopen her sister’s case, the moment was a triumph and an unexpected relief.

“I ate, breathed and slept my sister’s death,” said Burdette, adding, “I was lost the next morning because I didn’t know what to do anymore.”

For years, the fire that killed Burdette’s sister was ruled an accident.

Burdette struggled to get investigators to look into the case.

When Precinct 2 Goliad County Constable Mike Thompson looked at the case file, he became an unexpected ally to Burdette.

Noting numerous causes for concern in the case file, Thompson eventually connected with Keisha Ringland, 33, a Victoria woman who had befriended Delbert Mills and his second wife.

Ringland recalled an instance in which Mills offered to make her husband go away and “make it look like an accident.”

For Ringland, the conversation with Mills was a terrifying eye opener.

“I figured out very quickly how serious he was,” she said. “I saw the look in his eyes when he told me that. I knew he did it, and I knew he needed to pay for it.”

Ringland would eventually take the stand in Mills’ capital murder trial, serving as a key witness in his conviction, she said.

But Ringland said the conviction could just have likely never happened.

Without support from law enforcement, Ringland said she waited to report the conversation to authorities partly out of fear for reprisal against herself and children.

“I was like who is going to listen to me, and what will happen if Delbert finds out,” she said.

But she hopes the episode will help convince others like herself to come forward nevertheless.

“Too many people say nothing. That’s why Delbert didn’t get convicted for 10 years.” she said.

Ringland, an admitted fan of the true crime genre, said she regularly enjoys shows like “Unsolved Mysteries,” “Snapped” and “Making a Murderer.”

So, when Discovery Channel producers reached out, saying they had been turned onto the case after reading stories written by former Victoria Advocate reporter Dianna Wray, Ringland eagerly agreed to help.

Over the summer, Ringland was not only interviewed on camera for the episode but also told a re-enactor would play her.

“She’s probably going to be prettier than me,” she said. “I hope she’s cute and younger.”

Lorna Thomas, the show’s executive producer, said she directly attributed the solving of the case to Burdette’s doggedness.

Too often, she said, homicide cases are left unsolved in small communities because people are afraid to speak up.

Describing the problem as a “conspiracy of silence,” Thomas said she hopes the show will help solve future, unrelated cases.

“Maybe it will motivate someone to come forward,” she said.

WHAT: Episode 3, Out of the Ashes," of Investigation Discovery's "Welcome to Murdertown" on Suddenlink Channel 73

GOLIAD - A judge ruled Monday that the murder trial of Delbert Andrew Mills will be held in Goliad County this fall.