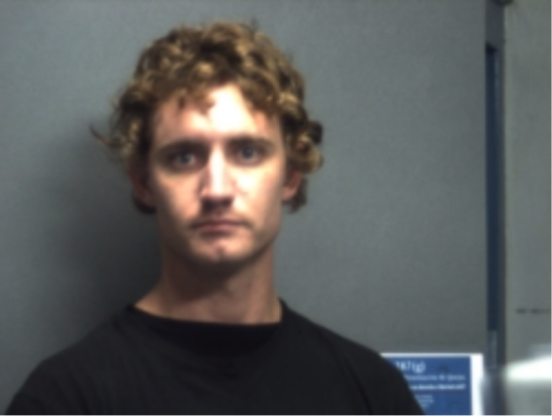 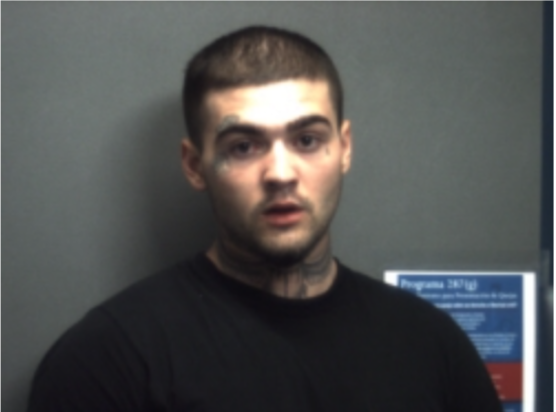 Two men charged with capital murder could have slipped away if not for the quick actions by Goliad County investigators, a sheriff’s captain said Monday.

“This is one of those that could easily have been an unsolved case,” said Capt. John Pape, Goliad County sheriff’s spokesman.

By the time Margaret Ellen Tucker was reported killed, two Crossroads men suspected of killing her were already under arrest by Goliad County deputies, according to court documents.

Although authorities have connected the men to the killing through evidence, they have also received confessions from both, according to court documents.

Pape also said he believes the public faces no danger now that the suspects are behind bars.

At 11:57 a.m. Sept. 22, Tucker’s mother called the sheriff’s office to report she had found her daughter dead. Tucker was found in her own bedroom, dead from a single gunshot wound to her eye.

Devon Debord has previous criminal convictions for driving while intoxicated, possession of a controlled substance, tampering with or fabricating physical evidence and possession of marijuana, according to a criminal history search.

Christopher Debord has no criminal history.

The Debords, who are cousins, were found on Lakeshore Drive after deputies were called to investigate a report of a suspicious person. 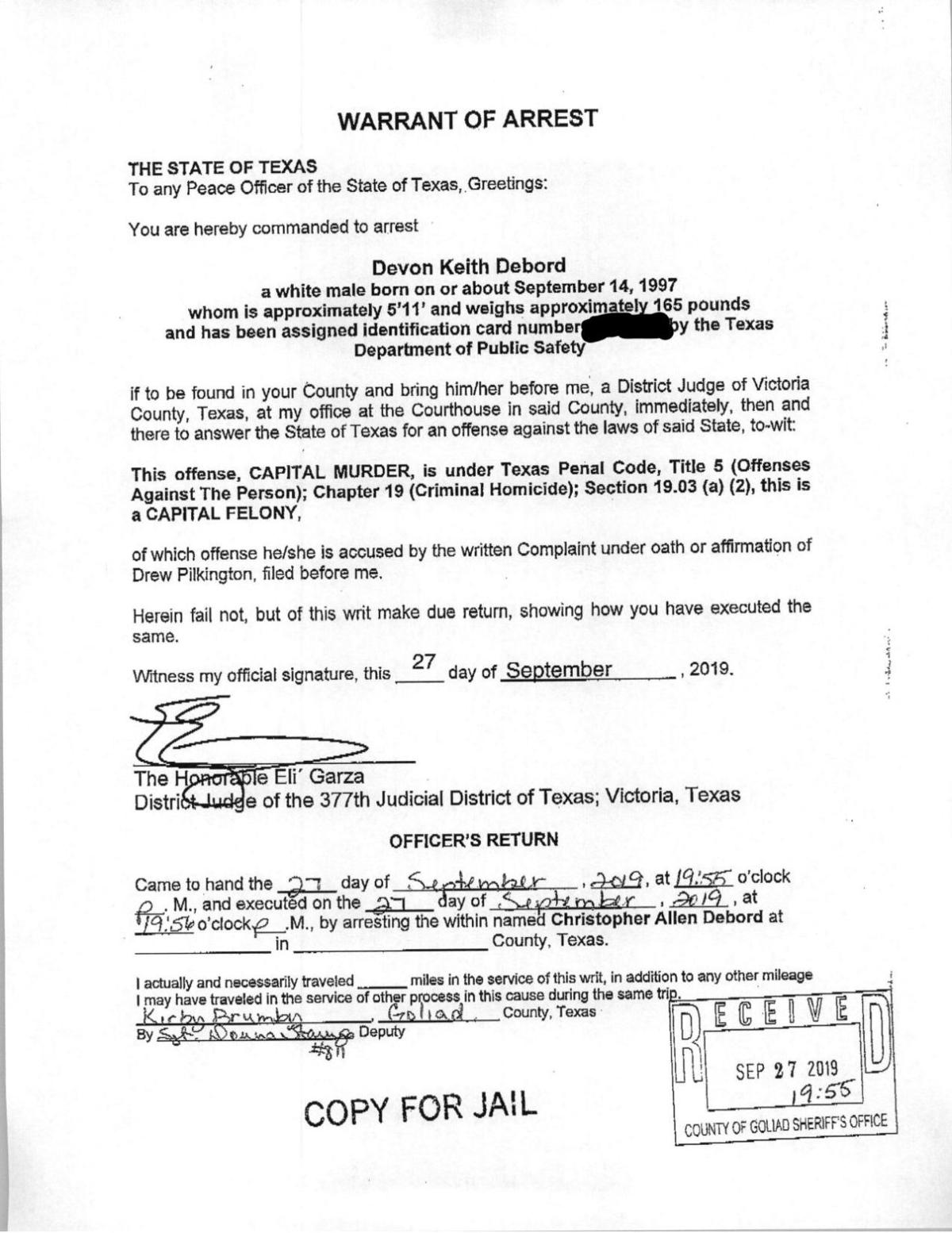 Deputies arrested the men, initially charging Christopher Debord with unauthorized use of a motor vehicle and arresting Devon Debord on an out-of-county warrant charging him with tampering with or fabricating physical evidence with intent to impair.

Both men have since been charged with capital murder.

Monday, they remained in the Goliad County Jail with bonds each set at $250,000 for the capital murder charges alone.

Just after the men were apprehended, investigators began to piece together the evidence that would connect them with Tucker’s death and the burglary that investigators say preceded it, Pape said.

Pape added that home invasions are exceedingly rare in Goliad County. He could remember no others reported during his 10 years at the sheriff’s office.

Investigators first began to suspect the Debords may have been connected to Tucker’s death after noting they were arrested in possession of a stolen blue 2009 Jeep Wrangler and a .22-caliber Ruger Model 10-22 rifle.

“At the time of the recovery by a Goliad County deputy, the Jeep was being driven by Christopher Allen Debord ... and he was in the process of picking up Devon Keith Debord,” court documents state.

Both the gun and vehicle were reported stolen from a Coletoville Road home less than two miles from Tucker’s home.

While investigating Tucker’s home in the Coleto Creek area, which is listed as a Victoria address, Pilkington and a deputy located a .22-caliber Long Rifle casing bearing the inscription of ammunition manufacturer CCI.

That casing matched the ammunition that was reported stolen with the rifle and Jeep.

Investigators also noted marks on the Jeep’s bumper that appeared to have been made by a collision with a metal gate.

Christopher Debord told investigators after his arrest that he had forced the gate open with the Jeep.

Both men spoke willingly to investigators.

According to court documents, Christopher Debord then entered Tucker’s home with the intent to burglarize it as Devon Debord waited outside at the gate.

Tucker’s dog, which Pape said was a small “Shih Tzu” type, was uninjured.

During Tucker’s autopsy, medical examiners found a single .22 slug that had entered her head through her eye. It was her sole gunshot wound, which investigators almost missed because of its small size, Pape said.

Although court documents include evidence that Christopher Debord pulled the trigger when killing Tucker, both men face capital murder charges, which is defined as the murder of a person in the commission of a burglary or certain other violent crimes.

Conviction of capital murder can bring the death penalty or life in prison without the possibility of parole.

In Texas, a person can be charged with a crime if that person “(acted) with intent to promote or assist the commission of the offense, (or) he solicits, encourages, directs, aids or attempts to aid the other person to commit the offense,” according to the Texas Penal Code.

Anyone who aids another person or encourages or supports the commission of a crime, including capital murder, can be charged with that crime, Pape said.

“Christopher Debord stated he remembered seeing the lady’s eye. This is of particular importance due to the injuries Margaret Ellen Tucker received,” court documents state.