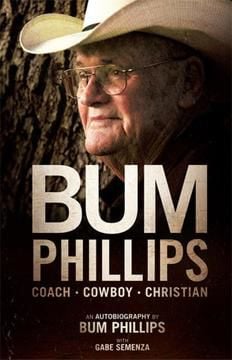 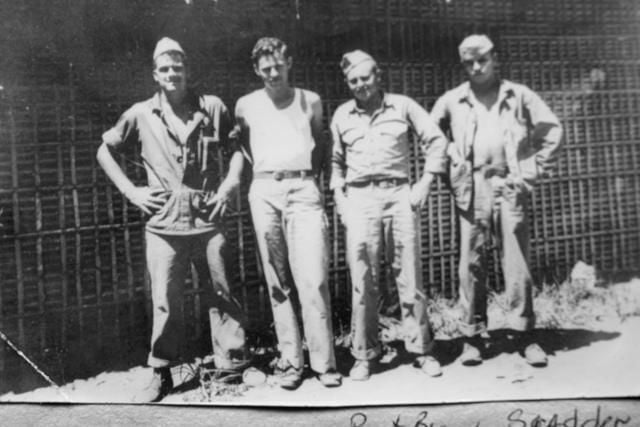 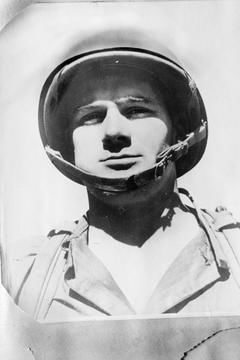 A photo from 1943 on the New Hebrides Islands shows a 19-year-old Bum Phillips. 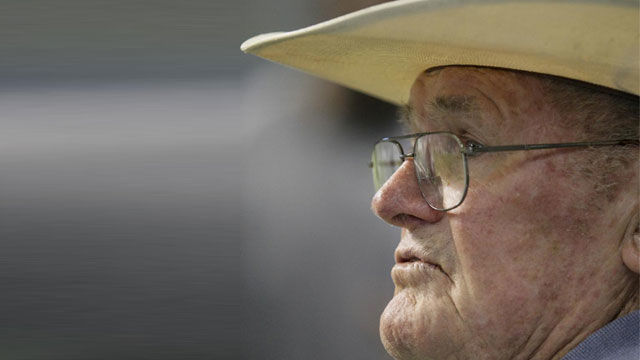 A photo from 1943 on the New Hebrides Islands shows a 19-year-old Bum Phillips.

Editor's note: This is the first part of a seven-part series, which publishes daily. The following excerpt is from Chapter Three of Bum Phillip's new autobiography, "Bum Phillips: Coach, Cowboy, Christian." Phillips is the former head coach of the Houston Oilers. He lives outside Goliad.

I don't deserve a whole lot of ink for my efforts in the war. Almost 70 years later, a man can invent heroic acts and nobody could dispute them. I was no hero. The guys who died fighting are the real heroes.

Now that I'm 86, I've had a whole lot of time to enjoy our country. Many of those 19-year-old kids I fought alongside, on the other hand, didn't get to. I just did what I had to do, and I'd do it all the same. I feel it's everyone's obligation to protect your country.

It's important to detail this chapter of my life because in the military I matured, learned I couldn't whip everybody and discovered principles I'd use as a coach. In fact, I witnessed an event that almost magically pushed me later into coaching. Most importantly, I found God plants people and events in your life that draw you to Him, even if you aren't ready at the time to comprehend the signs.

When the Empire of Japan attacked Pearl Harbor, Hawaii, on the morning of Dec. 7, 1941, I reacted like most Americans. I became angry. I saw the images: the sunken U.S. Navy battleships, cruisers and downed airplanes. More than 2,400 Americans died during the surprise attack, and I was instantly eager to enlist - despite my mother's misgivings. She refused to approve sending her only son into battle.

Even so, I drove to San Antonio and enlisted with the U.S. Marine Corps on Sept. 30, 1942 - the day after my 19th birthday. I left Beaumont's Lamar Junior College as a freshman and headed for war.

The fog of war blurs with time. I don't remember clear details about my full tenure in the South Pacific, partly because I didn't look back after the war and partly because not every survivor wants to. War is, of course, the ugliest of human inventions. I would just as soon forget it.

During the war, though, certain events and people imprinted memories on me like fresh footprints on a Guadalcanal beach. Not even time can wash those away. God works in mysterious ways, and He surely found a faraway place in which to labor in my life.

For a young, small-town South Texas man, the train ride to California for boot camp invigorated me. Never before had I traveled west farther than Liberty, a small town 45 miles from Beaumont. I passed cities and countryside I'd never seen, and visited with others from across the state. I knew where we were headed, and I couldn't wait to get there. I didn't think they could win the war without me. Everybody felt that way.

The Allied invasion of Normandy was still two years away, but tensions already brewed in the South Pacific. Island chains were key staging grounds, and both U.S. and Japanese war strategists eyed the areas with worry and lust.

Camp Pendleton, created on 122,798 acres to train U.S. Marines, was established just months before we arrived. The camp was the largest Marine Corps base in the country.

Nestled along the California shoreline, it offered ideal training grounds for amphibious assaults. The coast didn't boast jungles, but it had heat, mosquitoes and beaches. Where we were headed, we needed to know how to dismount a Higgins boat, storm a beach in choppy water and stay alive in the process.

Those boats, which Gen. Dwight Eisenhower later said won the war, were 36 feet long and could carry 36 combat-equipped infantrymen or 8,000 pounds of cargo. The large, hinged ramp on the boat's nose could drop on the sand like a gray welcome mat. Andrew Higgins, a Louisiana entrepreneur, created those boats. Like E.W. Brown - the man who gave my maternal grandfather a job on the ranch - Higgins began in the lumber industry. He built his boats of plywood, which was likely milled near my hometown.

I stepped foot inside Camp Pendleton as a bright-eyed and brash country boy. The six-week boot camp and yelling began at once. Never before had anyone treated me quite like those aggressive drill sergeants did. They taught us to obey commands, but no one ever explained why. I was ready to fight. I didn't need a stranger spitting in my ear to remind me of that.

During boot camp I learned the best way to get someone to do something is to explain why you need it done. I didn't learn the true meaning of taking orders, at least for the purposes used in the military, until after the war. If they said get your gun and go, well you got your gun and went.

At the end of the six-week boot camp, we marched to a building where the Marine Corps required men to choose their specialty. At first, I wanted to become a paratrooper, to drop behind enemy lines and to use my skills as a marksman - until I saw the line gathered to join the unit. I hate long lines.

When I was head coach of the Houston Oilers, I installed an extra 90-gallon fuel tank on my truck and stocked 500 gallons of diesel near the horse stables. This way, I didn't have to wait in line at gas stations. In the 1970s, I told a reporter that one of the hardest things for me to do is to sit in a barbershop and wait for a haircut. I won't do it. If I go by the barbershop and somebody's in the chair, I'll just keep going down the road. I'm not going to stand in line to eat or get a haircut. Therefore, I get real hungry and my hair gets long sometimes.

Instead of waiting in line to become a paratrooper, I walked to the line for the U.S. Marine Raiders, which was much shorter and for good reason. To join the Raiders a man had to stand 6 feet tall, weigh a certain amount and agree to perform much of the dirty work ahead. I entered the military as a solid young man, but I stood only 5 feet, 11 inches tall. Either I grew some during my six weeks on the coast or my ability to lead men accounted for an inch in the eyes of the Raiders.

While standing in line, I met David Van Fleet, a South Texas man who towered above us all. He stood 6-foot-5-inches tall and near the front of the line. At 210 pounds, he also caught the eye of a superior.

"Can you stand to get knocked on your a--?" the superior asked Van Fleet.

"You will get knocked on your a--," the superior replied.

"That remains to be seen," Van Fleet said, motioning to the officer as if to entice a fight.

I liked Van Fleet instantly. I knew right then, we'd be buddies.

My sister remembers being back home with my family, waiting and worrying.

"When the Marines sent Bum's clothes home, Mama took the T-shirt he was wearing when he left and hung it on the headboard of the bed where it stayed the entire time he was gone," Jo Annette said. "Bum wrote home and told us he was joining the paratroopers and Mama was in tears. Wrote him back and begged him not to. He wrote back later, told Mama not to worry, that he had thought about it and was going to join the Raiders. Obviously, he felt that would make us all feel better."

There is NO GUARANTEE guests with "Stand-By" tickets will be seated.

To buy the bookWhile books will be for sale on Tuesday, you can also order the book at www.BumPhillipsBook.com, www.Amazon.com, www.BarnesAndNoble.com and soon elsewhere where books are sold.