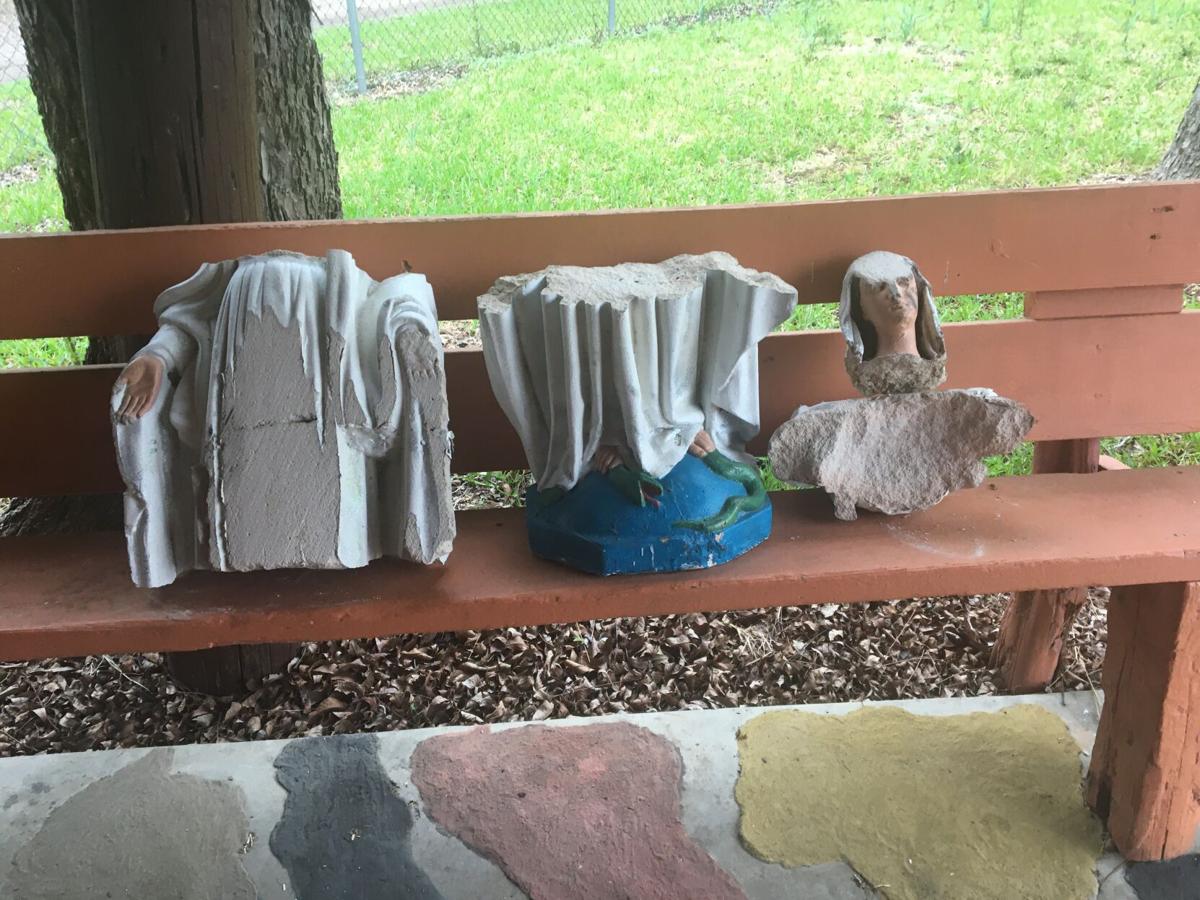 A cement statue of the Virgin Mary at a shrine west of Hallettsville appeared to have been dragged behind a vehicle until it broke into three pieces and was badly scraped. Lavaca County deputies are investigating the apparent act of vandalism. 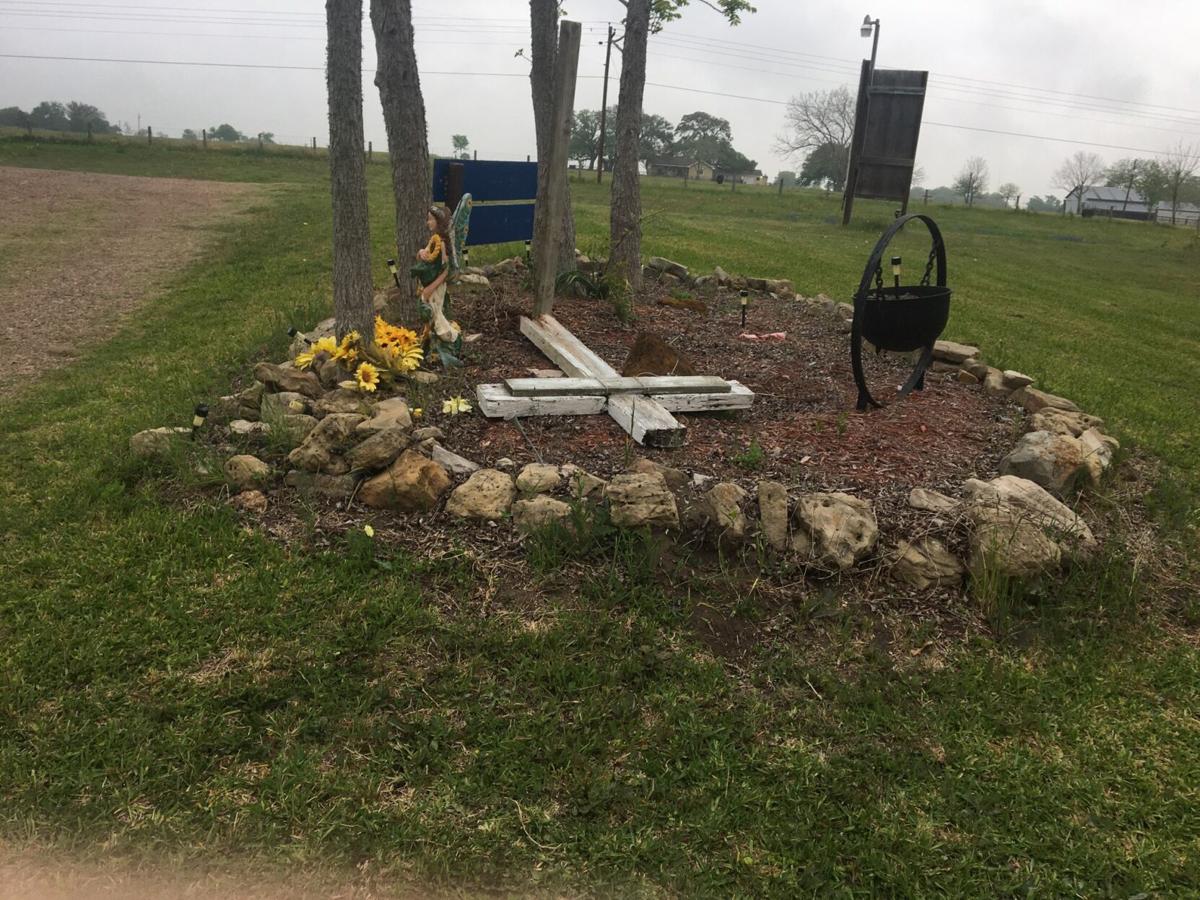 A large wooden cross at a shrine to the Virgin Mary west of Hallettsville was broken on April 12.

A cement statue of the Virgin Mary at a shrine west of Hallettsville appeared to have been dragged behind a vehicle until it broke into three pieces and was badly scraped. Lavaca County deputies are investigating the apparent act of vandalism.

A large wooden cross at a shrine to the Virgin Mary west of Hallettsville was broken on April 12.

Lavaca County deputies are investigating after a shrine to the Virgin Mary located in a pecan grove west of Hallettsville was vandalized on Monday.

A large wooden cross at the shrine was broken and a cement statue of the Virgin Mary appeared to have been pulled down from the gazebo where it stood and dragged along a county highway until it broke into several pieces, two people said.

Pete Guevara, the shrine’s caretaker, said he received a call on Monday morning from a woman who had gone to pray at the sacred site only to find that the large statue was gone.

Guevara said he found the statue broken into pieces a quarter of the mile down U.S. 90A toward Shiner. The statue’s head, torso and bottom lay about 20 to 30 yards apart from each other in the road.

“When I found her head, it was all scraped up,” Guevara said. “I thought, who would possibly do that?”

Judy Werner, whose father founded the shrine in 1986 after he had a vision of the Virgin Mary in the family’s pasture, said it was “heartbreaking” to see the shrine desecrated.

“It’s just so disrespectful,” she said.

The shrine is an important site of worship to many, Werner said, and draws visitors who come to pray and leave flowers and candles. On the second Sunday of every September, a crowd gathers to say the rosary and pray for peace.

“Every time I go there, there’s people there,” Guevara said.

This is not the first time the site has been vandalized, according to Werner. Years ago, a statue was thrown into the gully behind the shrine and someone attempted to pull the shrine’s gazebo from where it stood.

Werner said she is working to find a replacement statue and install a security camera in an effort to prevent any further acts of vandalism from occurring.

Werner and Guevara both said they hope whoever vandalized the shrine is arrested.

“I’m not a vengeful person, but maybe that would show an example to someone else that’s thinking of doing ugly things,” Werner said.

Sad, you would think people can be trusted. But this should also be a note of some wanting to move monuments. Like moving one from the plaza in Victoria to Evergreen cemetery, it will be safe there they say. Really?

How sad! Definitely the devil at work....who could be destructive to a beautiful shrine to the Blessed Virgin Mary which encourages prayer and devotion! That person is in need of multitudes of prayers! Where can donations be sent to help with expenses to replace the statue of the Blessed Mother and the Cross? Let us pray.....

Good morning ma'am, I am reaching out to the family to see if they are looking for donations. I will let you know what I hear.

Thank you, Mr. Rosenburg, for your assistance. I have contacted Mr. Guevara. May God bless all who are working to replace statuary and repair damages to the beautiful shrine to the Blessed Virgin Mary near Hallettsville.