No arrests were made after a vehicle authorities think was involved in human smuggling evaded deputies after an attempted traffic stop, according to a Wednesday Victoria County Sheriff’s Office news release.

Authorities said there was no immediate threat in the area and asked that residents remain vigilant and keep homes and vehicles locked.

Patrolling deputies attempted a traffic stop on a pickup truck at 10:27 a.m. on Weber Road near Farm-to-Market Road 236 in the western part of Victoria County, according to the news release. 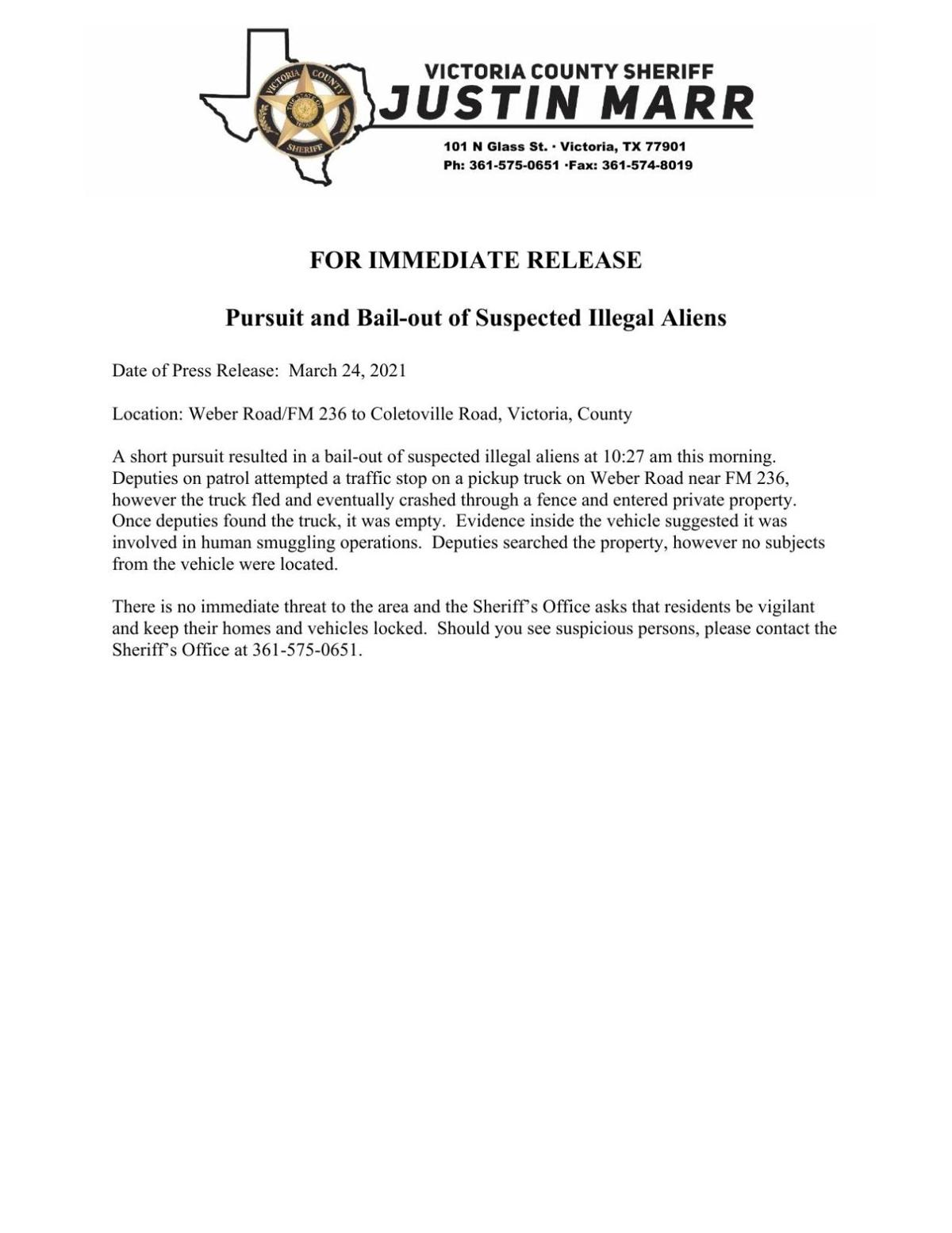 The pickup, which sheriff’s office officials said fled after the attempted stop, crashed through a fence and drove onto nearby private property. The pickup was found abandoned on the property sometime later, and the occupants were not located after a search of the property, according to the news release.

A search of the vehicle yielded evidence sheriff’s office officials said indicated the pickup was used in a human smuggling operation, according to the news release.

Details of this evidence were not available Wednesday, but Marr said investigators in similar cases have attributed abandoned belongings, seating arrangements and signs of multiple people occupying the vehicle as indicators of the vehicle being using in human smuggling or trafficking operations.

Marr said he did not know the exact length of the pur-suit since he did not respond to the scene, but estimated its duration was less than 30 minutes. He said also that the truck had not been reported stolen to his knowledge.

Earlier in March, the sheriff’s office reported a pursuit involving two pickups that spanned a large stretch of the county where at least 12 immigrants suspected of being in the county illegally evaded arrest. Two Houston woman deputies said were involved in the smuggling and five immigrants were arrested in the days following the March 8 incident.

Authorities said at least seven people, some of whom were in the country illegally, were taken to local hospitals after a pickup crashed into …

Do you think we will have another hurricane this year?