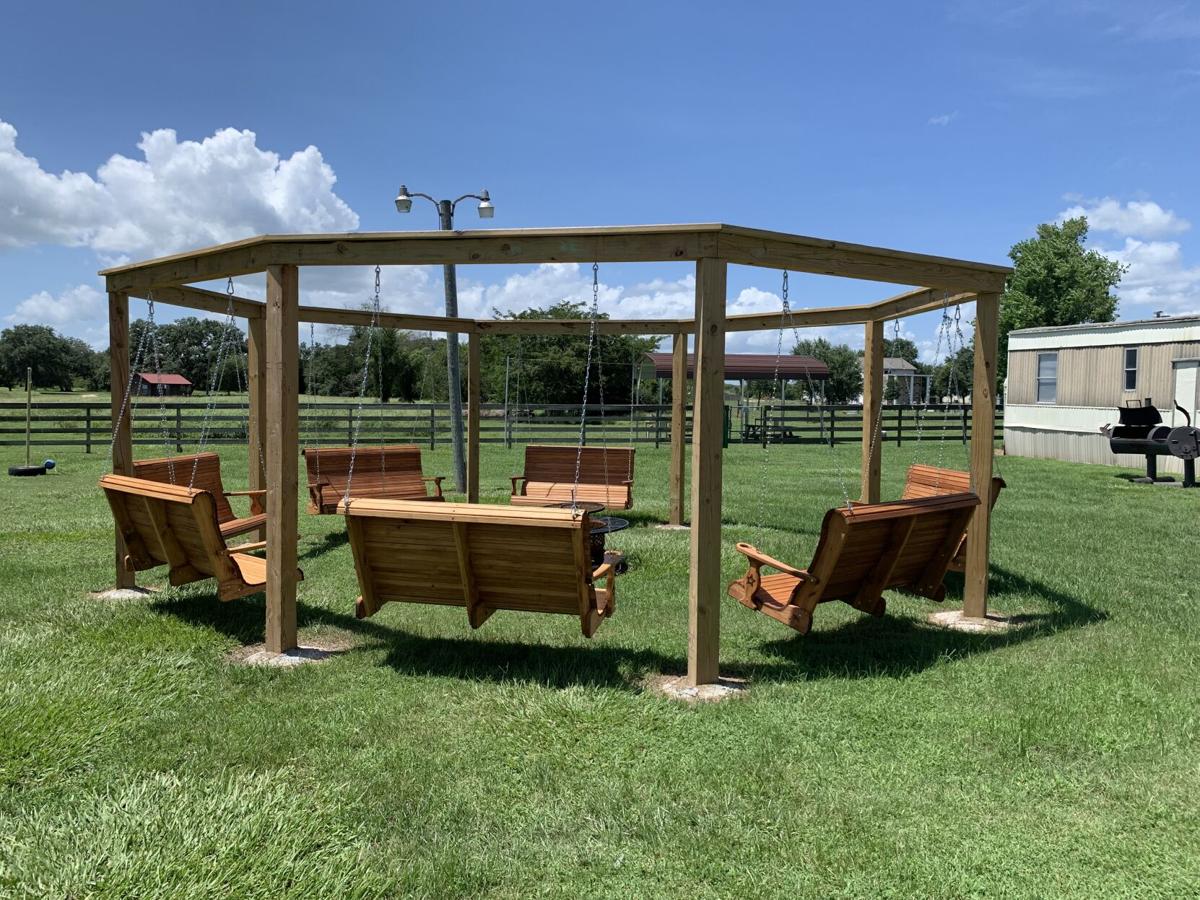 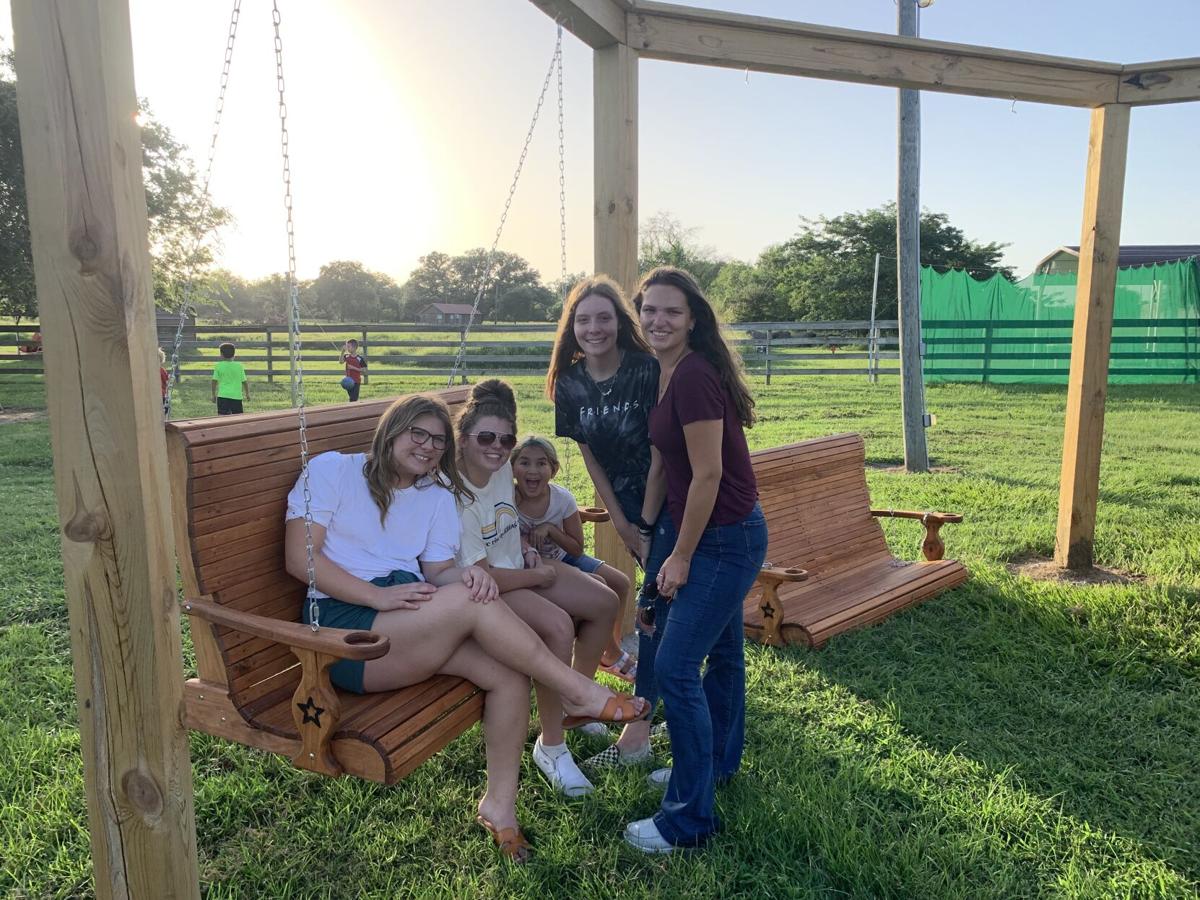 Carsynn Shilinga poses with friends at the open-top pergola she built for her Girl Scouts Gold Award project. 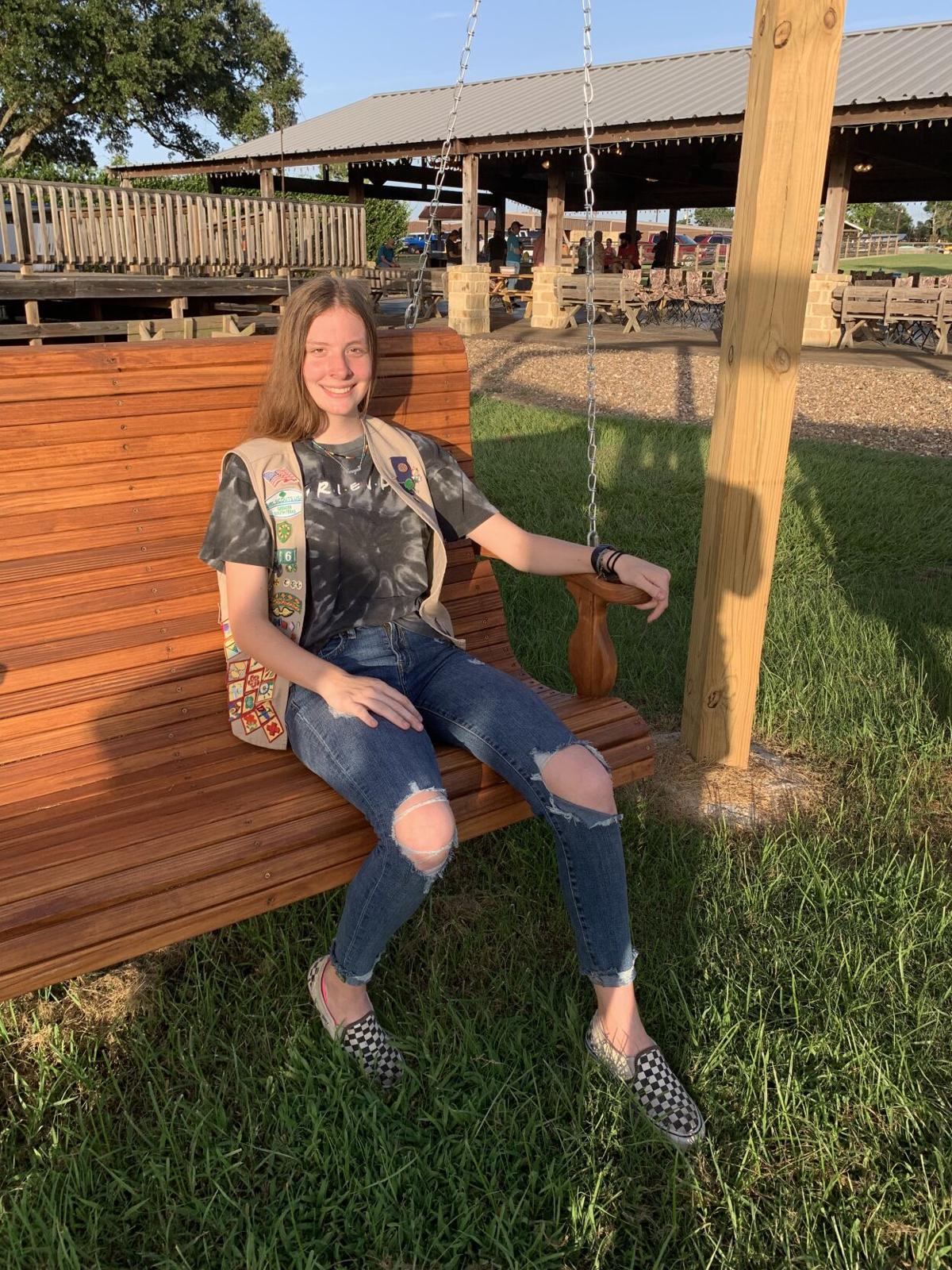 Carsynn Shilinga sits on a wooden swing in the open-top pergola she built for her Girl Scouts Gold Award project.

Carsynn Shilinga poses with friends at the open-top pergola she built for her Girl Scouts Gold Award project.

Carsynn Shilinga sits on a wooden swing in the open-top pergola she built for her Girl Scouts Gold Award project.

Carsynn Shilinga, 16, worked tirelessly for weeks through the summer heat to erect a brand new outdoor gathering space for the community at Son Valley Ranch as part of her Girl Scouts Gold Award project.

During the months of construction, she would come out to the ranch two to three times a week to dig holes, help oversee the operation of heavy machinery or test the structure’s reliability. She wanted to build an outdoor gathering space that would allow people to continue spending time together, while observing COVID-19 precautions, she said.

The open-top pergola she built has seven heavy wooden swings and a center fire pit, which will begin seeing more use as the temperature cools off, she said.

“We love it,” said Glen Dry, founder and president of Experience Excellence, the nonprofit that owns Son Valley Ranch. “We love creating spaces where people can gather at the ranch, and that was just a perfect project to fall in line with that vision.”

Dry said the ranch already has two Boy Scouts Eagle projects on it, but this is the first Girl Scouts project.

The Gold Award is the final capstone project of the Girl Scouts, similar to the often better known Eagle Scout Award. However, some would like to change the perception that the Eagle Scout award is more prestigious or difficult to achieve.

“The Girl Scout Gold Award focuses on sustainability more than the Eagle Scouts does,” said Liz Orsbon, Carsynn’s Girl Scout Troop leader. Orsbon is also the troop leader of Elizabeth Drane, who is trying to build a dog park in the city for her project.

“That is an enormous focus of the Girl Scouts Gold Award — how is it going to be sustained? You can’t just do a Gold project that has no plan for it to continue on,” she said.

That is part of the reason Carsynn chose to build her project at Son Valley Ranch, where the nonprofit will continue to upkeep it even if she moves.

Dry said Carsynn’s project was the most expensive project done on the property by either Girl Scouts or Boy Scouts.

Overall the project cost $3,000, two-thirds of which was raised through donations with the rest coming from funds raised through Girl Scout cookie sales. Carsynn also received discounts from Lowes and Homestead, as well as donated help from members of her church and Son Valley Ranch to help make her vision come to life.

Despite having completed her final project, Carsynn plans to keep participating in Girl Scouts and helping with the younger girls who are just starting as Brownies, the second level in Girl Scouts.

“She loves putting the awards together for their ceremonies,” said Cindy Shilinga, Carsynn’s mother. “(She) loves to volunteer to help teach the younger girls...(She) could really care less about earning a badge. It’s not about the badges and stuff.”