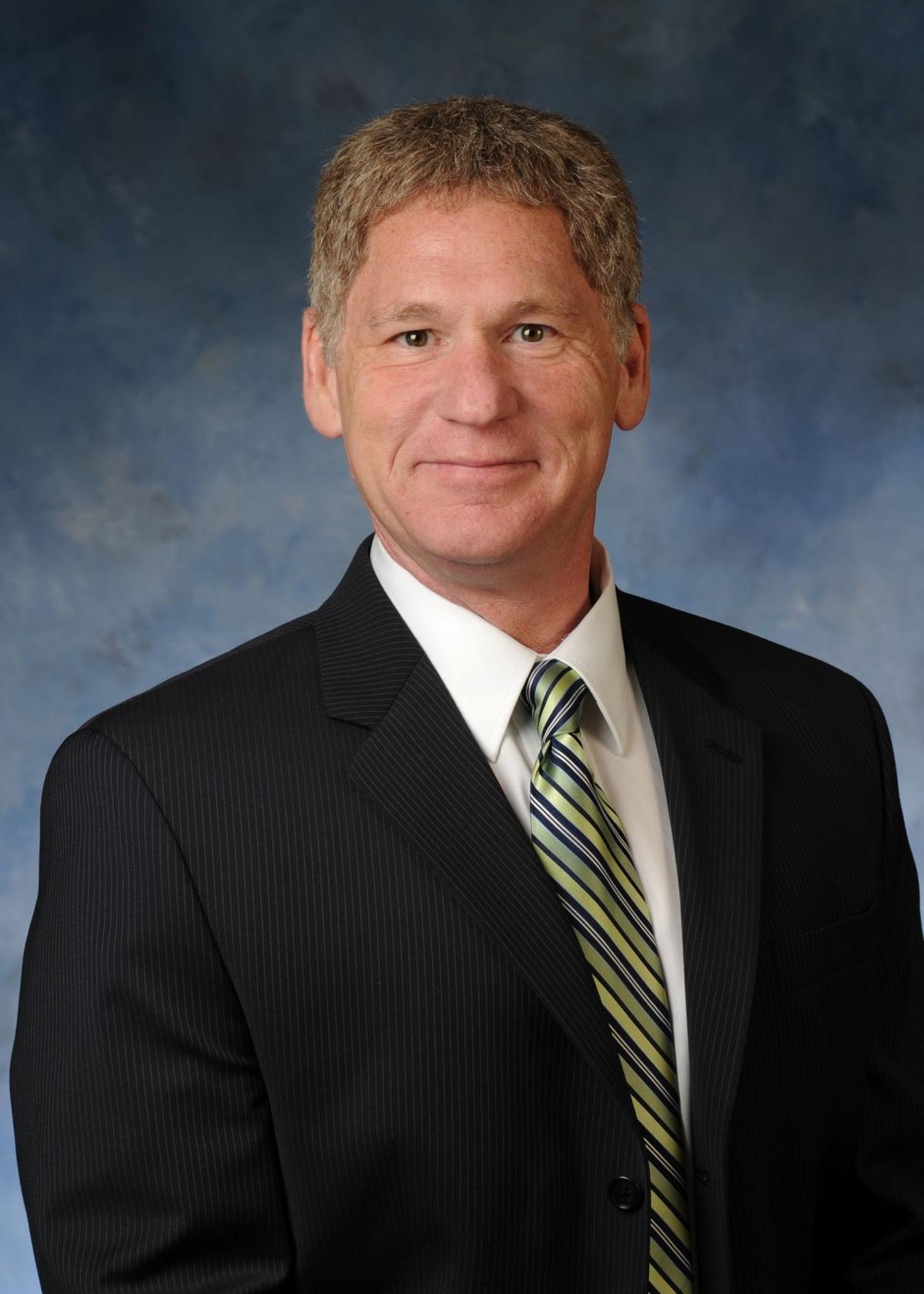 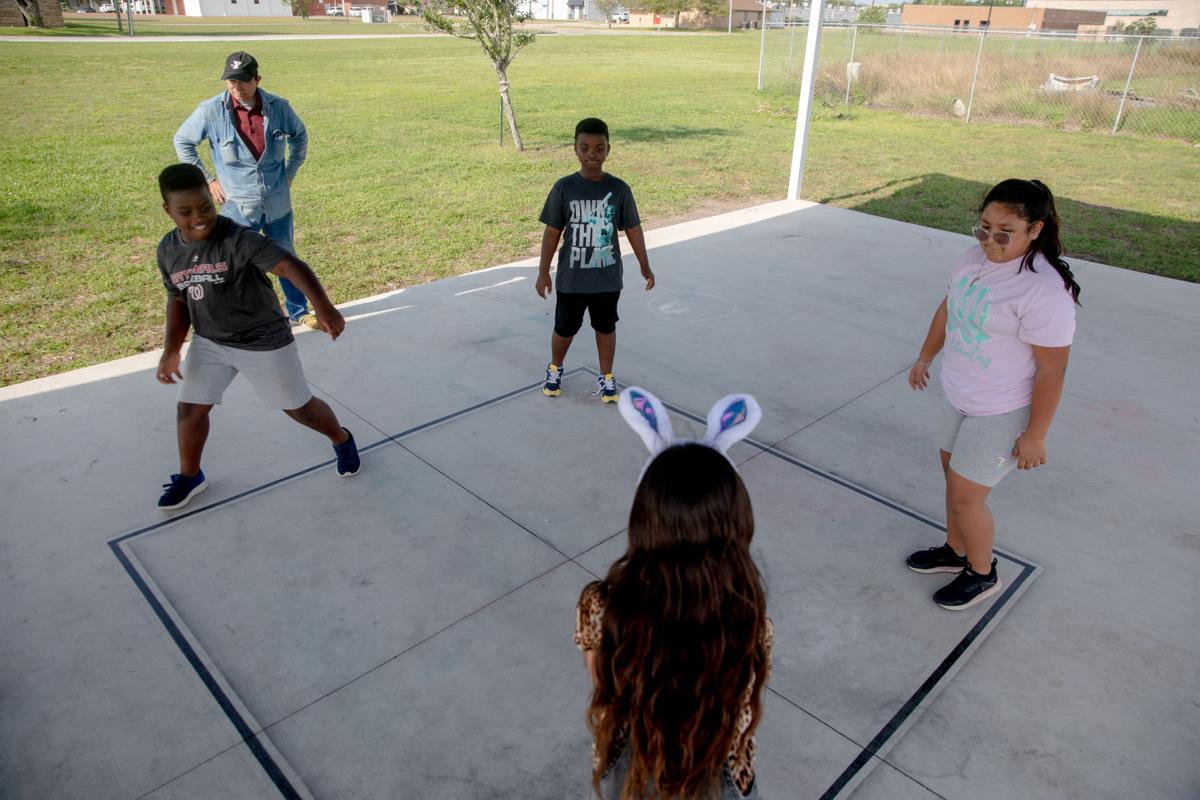 Students play a Foursquare ball game at the YMCA of the Golden Crescent in Victoria.

Students play a Foursquare ball game at the YMCA of the Golden Crescent in Victoria.

One child at the Calhoun County YMCA summer camp has tested positive for COVID-19, the leader of the YMCA of the Golden Crescent said Friday.

The child’s parents informed the camp about the positive test result this week, said president and CEO Bud Oliver.

Previously, officials said two children at the summer camp had tested positive; that information was later updated, and only one child has tested positive, Oliver said.

The camp has sent the kids and counselors working with the infected children home for the designated quarantine period. In line with the new protocols for summer camps in Texas, smaller groups of kids do not interact with each other throughout the course of the camp, Oliver said.

“We’re following all state and CDC guidelines, so this only affected a small group, because we’re keeping them all separate anyway,” Oliver said.

In addition to the child at the Calhoun County day camp, a parent of two kids at the YMCA’s day camp in Victoria has also tested positive for COVID-19, Oliver said. The children of that parent are also at home in isolation.

There are about 75 kids participating in the summer day camp in Port Lavaca. YMCA representatives are reaching out to all of the day camp families to let them know to monitor their children for symptoms. Most of the kids in the camp are between the ages of 5 and 13.

“We have to keep kids in groups and there’s no mingling,” Oliver said. “That’s a good thing, that there’s not a lot of kids that were exposed to it, so just a small group.”

Kids’ day camps were allowed to open May 31 under new guidelines intended to limit the spread of the virus. Smaller groups of children are discouraged from interacting with each other, and field trips are also discouraged. The YMCA day camps are following these and other guidelines, Oliver said.

In addition, everyone who enters YMCA facilities are screened for symptoms and asked to either wash or sanitize their hands when they get inside, Oliver said. Parents of kids in the day camps are asked to drop off their kids outside and not to walk them in to the building. Camp staff members are wearing facial coverings as well, he said.

“We’re taking this very seriously,” Oliver said. “We want to make sure we run a safe camp and that kids are being well cared for, and parents shouldn’t feel afraid of sending their kids to camp. Kids can still have a great time and a great experience at camp even under these conditions”

Oliver said YMCA facilities are working hard to follow all guidelines to stop the spread of the coronavirus, and that staff have dramatically increased how frequently they clean the facilities.

All YMCA programs in Victoria and Port Lavaca are currently only permitted to operate at 50% of their respective capacities, part of the second phase of Gov. Greg Abbott’s plan to “reopen” Texas.

Scientists still don’t fully understand the role that children play in spreading the virus. Data from the Centers for Disease Control and Prevention indicate that children make up a very small percent of the COVID-19 patients who require hospital care.

Dr. John Clinton, a pediatrician in Port Lavaca, said children exposed to the virus generally experience a less severe illness than adults. The greater concern for children is a multisystem inflammatory syndrome in children that is associated with COVID-19, he said. The syndrome can be life-threatening and cause inflammation of the heart, lungs, kidneys, brain and other organs, according to the CDC.

It’s unclear exactly what the link is between COVID-19 and the inflammatory syndrome in children is, Clinton said, but there is believed to be some connection at this point.

“I think the bigger risk is the unknown inflammatory disease, but that’s 3-4 weeks down the road,” Clinton said, explaining that children who do experience an inflammatory response usually do so weeks after they were potentially exposed to or infected by the coronavirus.

Clinton urged families not to let their guards down and to continue to follow best practices to reduce the chances of infection.

After closing in response to the COVID-19 pandemic, pools have started reopening just in time for the summer heat.