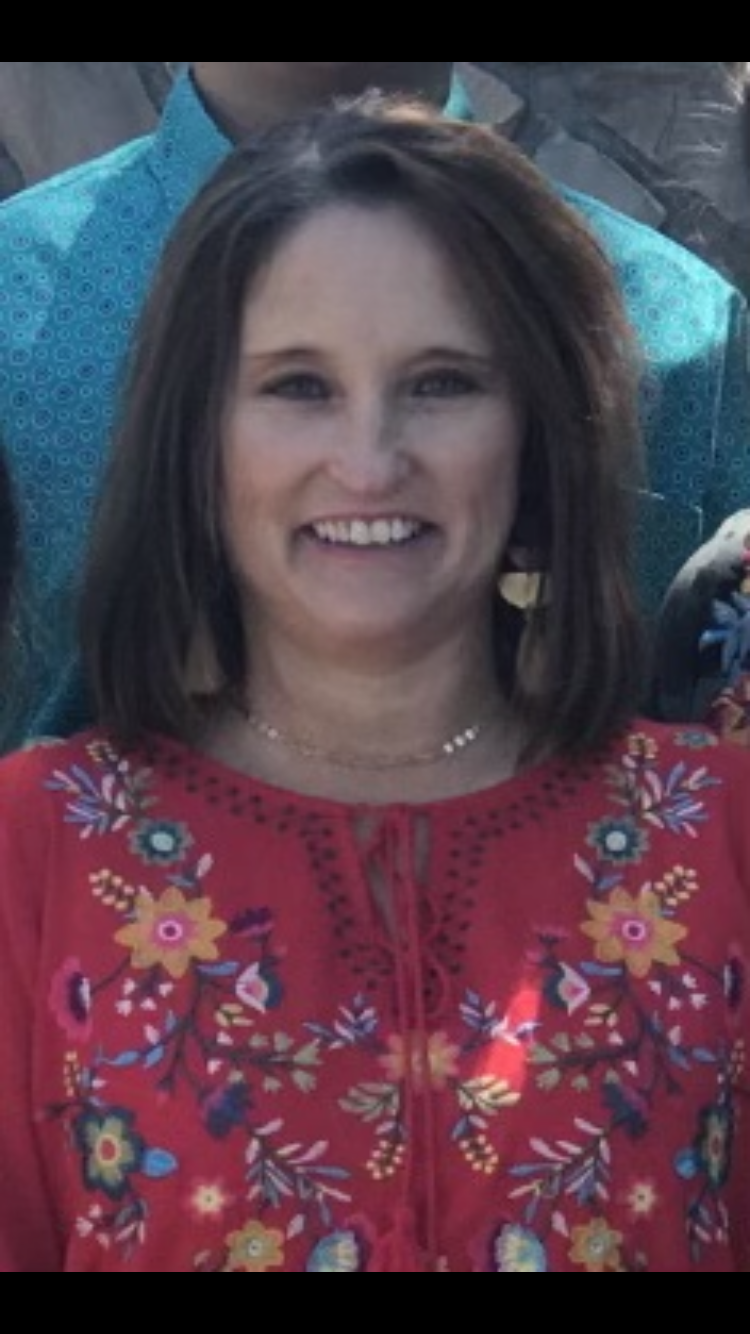 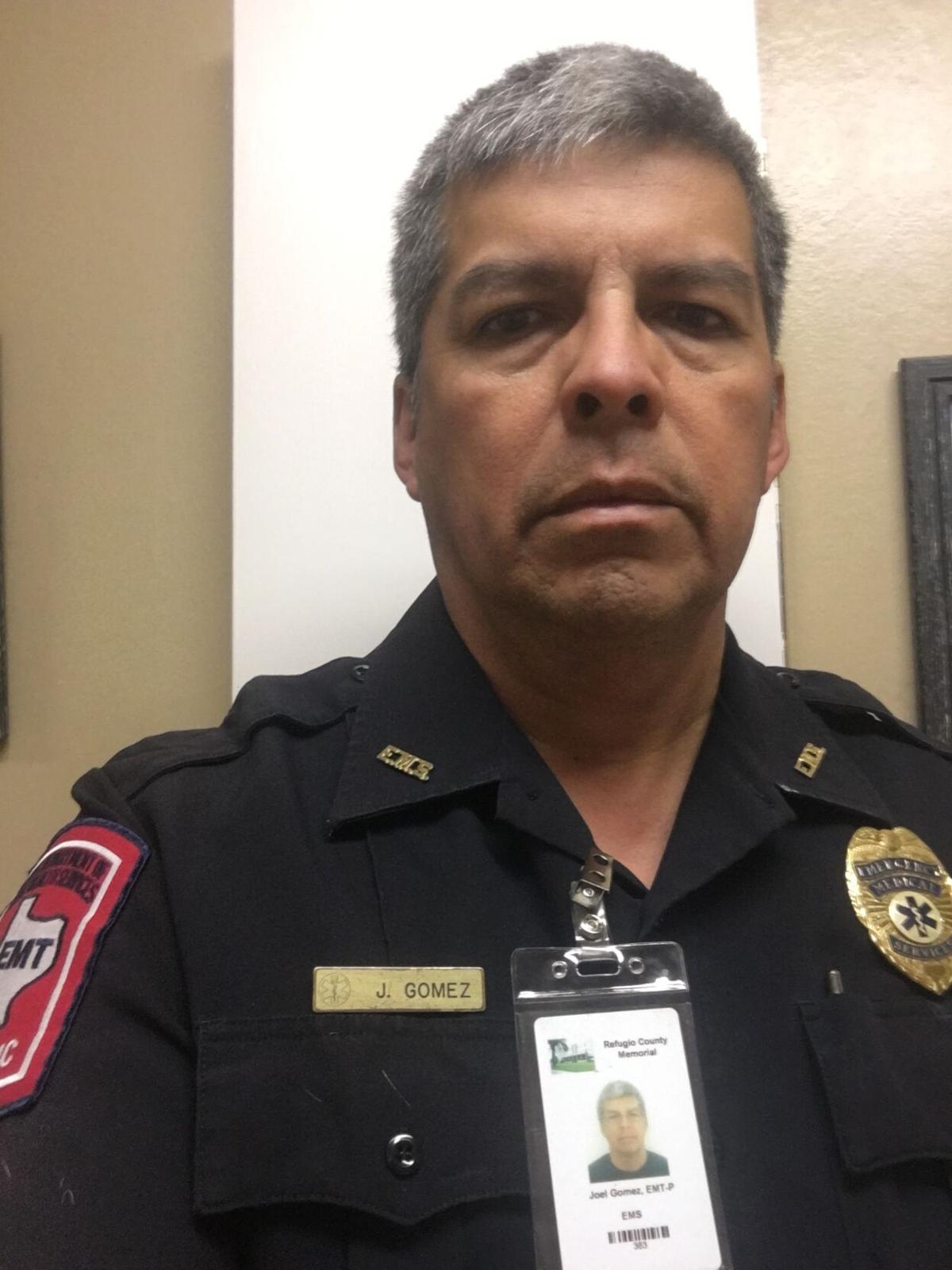 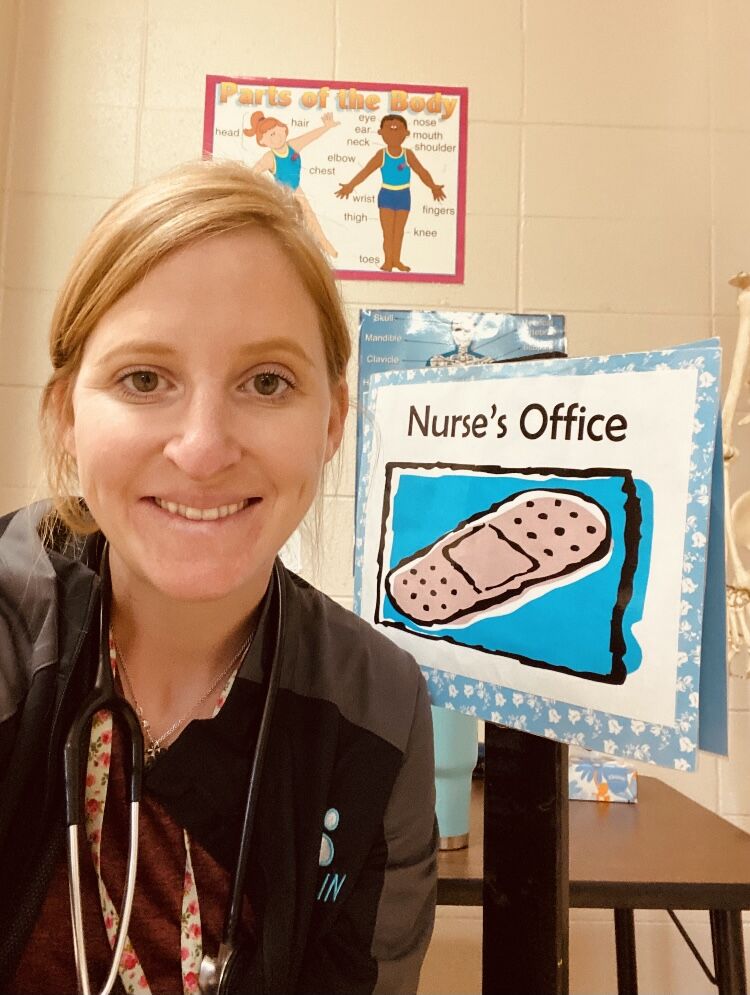 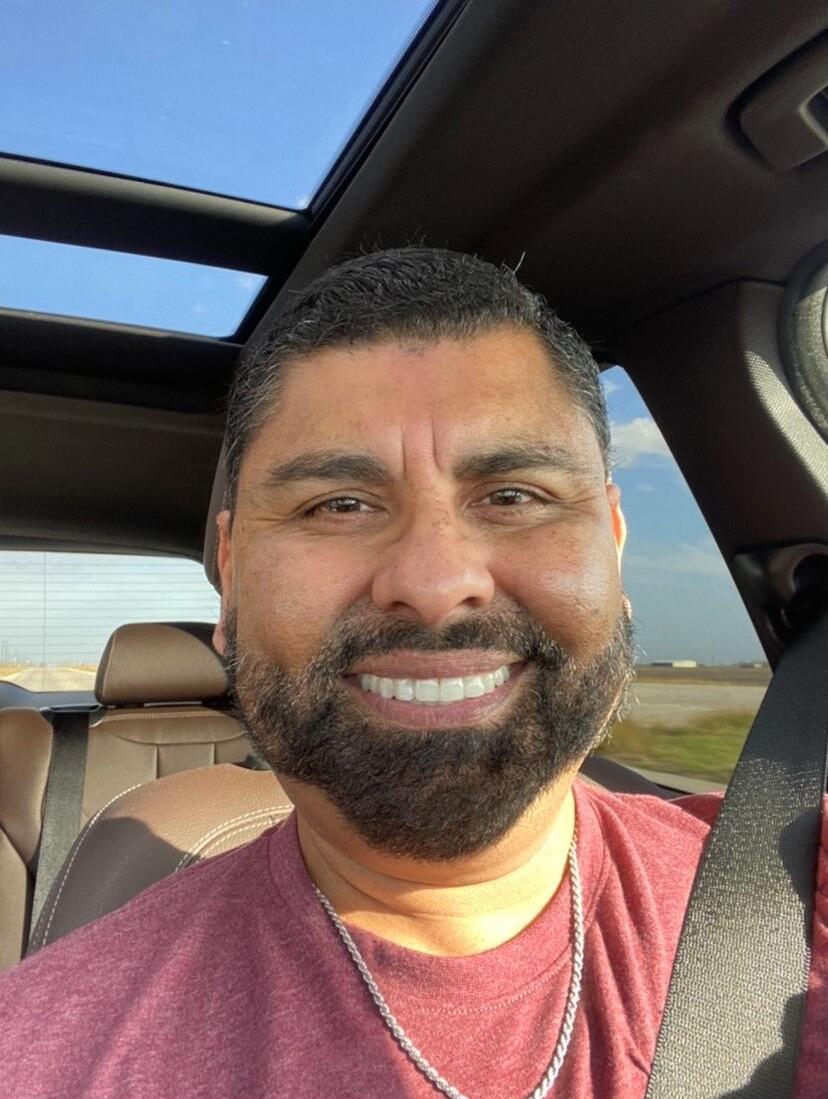 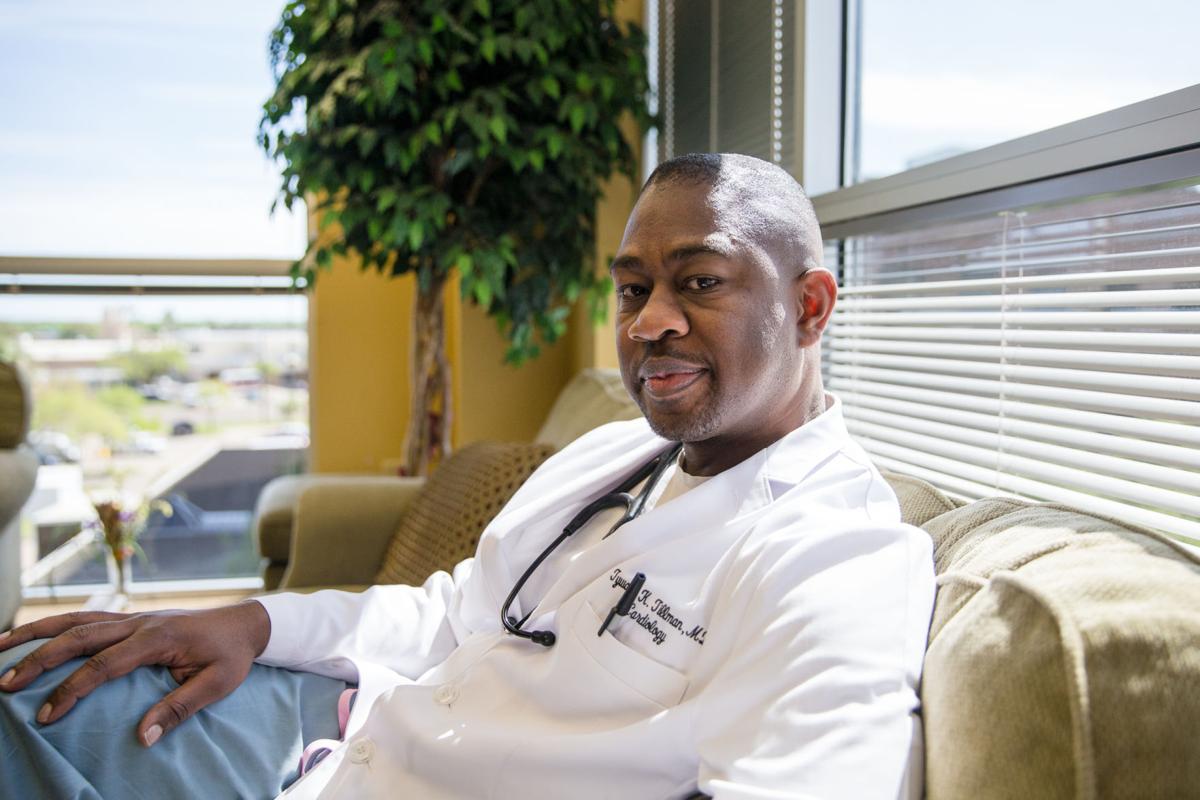 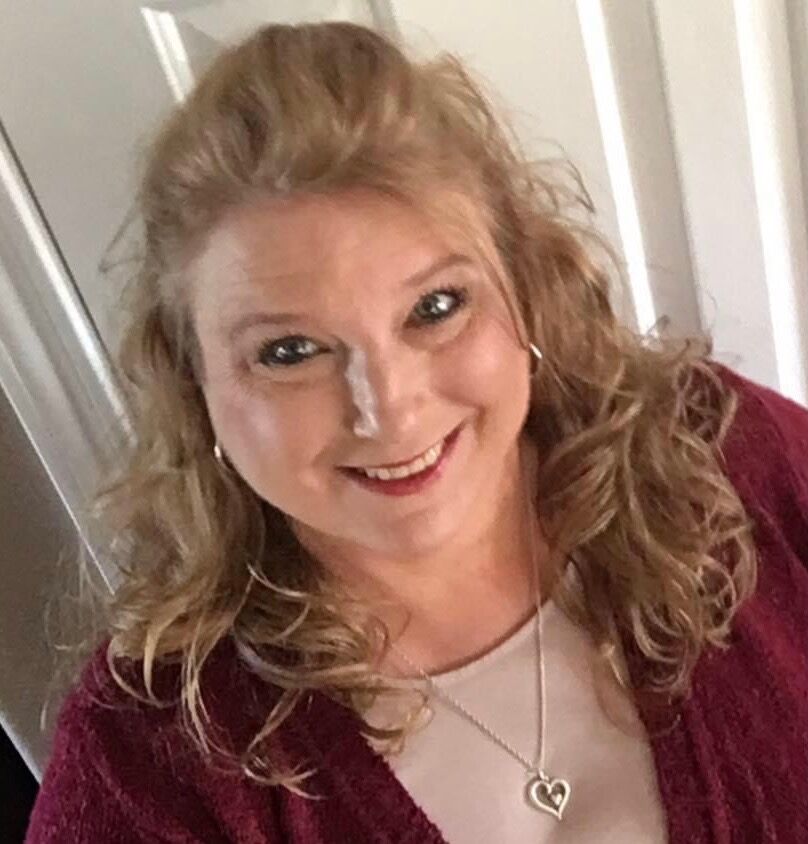 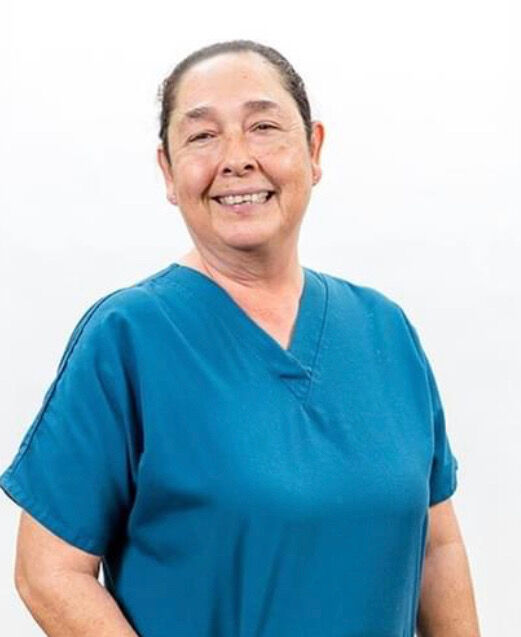 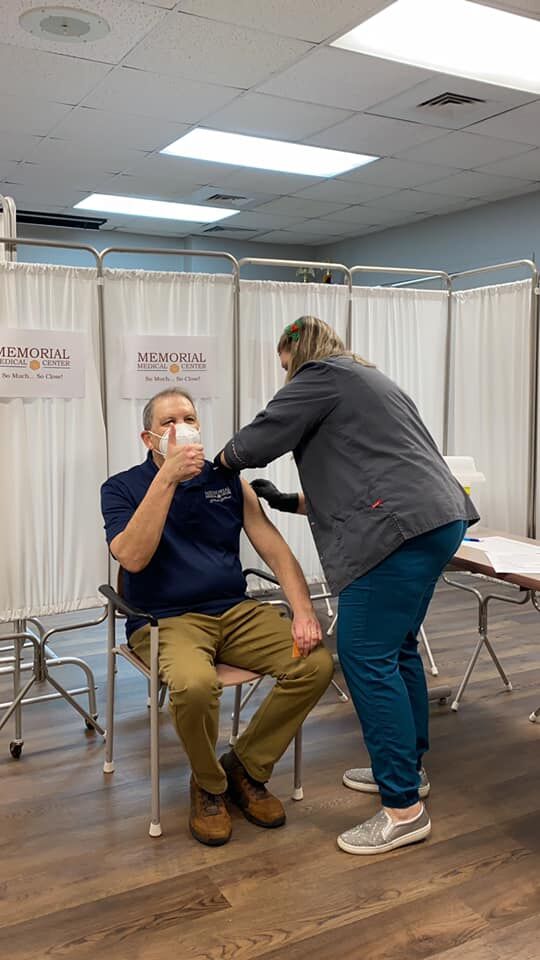 The day this appears in print, it will have been just over a year since the first case of COVID-19 was identified in Texas. Now, with the Pfizer and Moderna vaccines being distributed throughout the Crossroads, the end of the pandemic is finally in sight.

However, we are still in the early stages of the vaccination process. Understandably, many people have questions about whether the vaccines, which were developed with unprecedented speed, are safe for them, or what side effects they should expect if they choose to get vaccinated.

We talked to eight fully vaccinated frontline workers about why they chose to get vaccinated and how the process went. Many of these people’s jobs have placed them at risk of getting COVID-19 for months on end. We hope hearing their stories will be useful to our readers as the vaccination process moves forward in the months ahead.

As a registered nurse at Advanced Home Health Services in Hallettsville, Brenda Mitchon visits Lavaca County residents dealing with high blood pressure and diabetes or recovering from surgery. During the pandemic, those visits have continued, including for community members battling COVID-19. So Mitchon and her coworkers now conduct some visits in full PPE.

Mitchon got COVID-19 in July. She had a high fever and chills for a week, along with gastrointestinal and respiratory issues.

“After having that, when they first started talking about the vaccine, there was no doubt in my mind,” she said. “I was worried that the next time might be even worse than the first time.”

Mitchon got her first shot on Dec. 24 and had a sore arm and low energy on Christmas Day. The night after her second shot, she had a 101-degree fever, but it was gone the next day.

Now, she said, she feels “a little more at ease.”

Back in April, Joel Gomez was the first Victoria firefighter to test positive for COVID-19. Now a paramedic with Refugio County EMS, Gomez decided he wanted to be among the first to receive the COVID-19 vaccine after doing his own research on the websites of the Centers for Disease Control and Johns Hopkins.

Gomez got his first shot of the Moderna vaccine in late December and his second shot in late January. He developed chills, body aches and a fever after the first shot, and said the symptoms came back even stronger after the second shot, leaving him feeling “totally worthless” for about seven hours.

After the reaction subsided, Gomez said he felt “fantastic” and “100% recovered.”

“I’m pretty confident now that my immune system got the boost it needed to combat this,” he said.

The pandemic added a new set of responsibilities to Mindy Thompson’s plate. As a nurse at Crain Elementary School in Victoria, she cares for students who have potential COVID-19 symptoms and does contact tracing for everyone at the school who tests positive.

When Thompson learned school nurses would be eligible for the vaccine, she did her own research and decided to get the shot.

“I really just want to get back to normal,” Thompson said. “From everything I could see it seemed like the benefits outweighed the risks.”

She received her first dose of the Pfizer vaccine shortly before Christmas and her second dose in January.

After the first dose, Thompson said she felt fine aside from arm soreness. She got her second dose on a Friday and the symptoms were more intense. That Saturday, she had a fever, headache and body aches. But she felt better on Sunday and returned to work at Crain that Monday.

After 15 years working at Retama Manor, a Victoria nursing home, Oscar Flores’ workplace was upended last spring. Communal dining was halted, staff had to reuse PPE and some residents moved out. But the biggest change, Flores said, has been the lack of in-person visitation, which was banned in March and resumed on a limited basis by September.

“We have been able to provide closed window visits, welcome window visits, virtual visits,” Flores said, “but it is not the same as that live personal interaction.”

As soon as he heard vaccines were under development, Flores said he wanted to get one in order to protect his family and Retama Manor’s residents, who he said are “anxiously awaiting” the day normal visitation can resume.

Flores got his first shot in late December and his second shot in mid-January. He had no side effects aside from a sore arm after the first shot, he said.

In the early days of the pandemic, Dr. Tywaun Tillman remembers the uncertainty most clearly.

“I remember walking by the hallway in the ICU, and the ICU at the time was full of COVID patients, and I’m thinking, ‘should I hold my breath?’”

As the director of cardiovascular services at Citizens Medical Center, Tillman didn’t have the luxury of trying to determine whether a heart attack patient might have the virus. He just had to assume everyone was positive and trust that his protective gear would work as designed.

Deciding to get the shot once it was available was “no brainer,” Tillman said, especially after he looked at the data behind the vaccine’s clinical trial. He experienced some arm soreness after the first shot, but no other side effects.

“Everything is a risk benefit,” her said. “The risk is very low, the benefit is exceedingly great.”

Brenda Martin, the director of cardiopulmonary services at Cuero Regional Hospital, was initially unsure about whether she would receive the vaccine.

“I was against it at first,” Martin said.

But after months of treating COVID-19 patients in the hospital, and working to get them oxygen; after her entire family got infected with the virus, and her daughter was hospitalized; after she did some of her own research; after she confirmed that the Moderna and Pfizer vaccines were both morally permissible within the Catholic faith, she decided to get the shot.

Martin experienced arm soreness in her arm for several days after receiving the shot, but no other symptoms.

Martin encouraged others to research the vaccines for themselves.

“Ultimately it’s that individual’s decision whether or not to get the shot,” she said. “They should research it themselves, and don’t go by what social media says.”

“I decided to get the vaccine because I knew that would make my life easier,” said Sally Mojica, a housekeeper at the Jackson County Hospital.

Like other frontline workers, Mojica remembers fear and uncertainty in the early weeks of the pandemic.

“I was very, very scared of getting sick,” Mojica said.

As time went on, though, she felt safer.

Once the vaccine was available in Jackson County, Mojica was eager to get a dose. She said she was a little tired after her second dose, but aside from that she suffered no side effects. Now that she’s received both doses, going to work and being out in the community feels different.

Dr. Richard Arroyo-Diaz said getting the first dose of his COVID-19 was a “joyful” occasion.

“You wouldn’t think that actually getting a shot would be something that you would be looking forward to,” he said. “But it was a mix of emotions; relief, joy, loss.”

Arroyo-Diaz has treated dozens of patients with COVID-19 throughout the pandemic as the chief of staff of Memorial Medical Center in Port Lavaca.

“I’ve lost so many patients,” Arroyo-Diaz said. “We live in a small community, so some of these patients were friends, some were neighbors or people that I see in church or at the supermarket. And they’re gone.”

He also lost his brother-in-law to COVID-19 last year.

Arroyo-Diaz received his first dose of the vaccine on Christmas Eve, and experienced no side effects, he said.