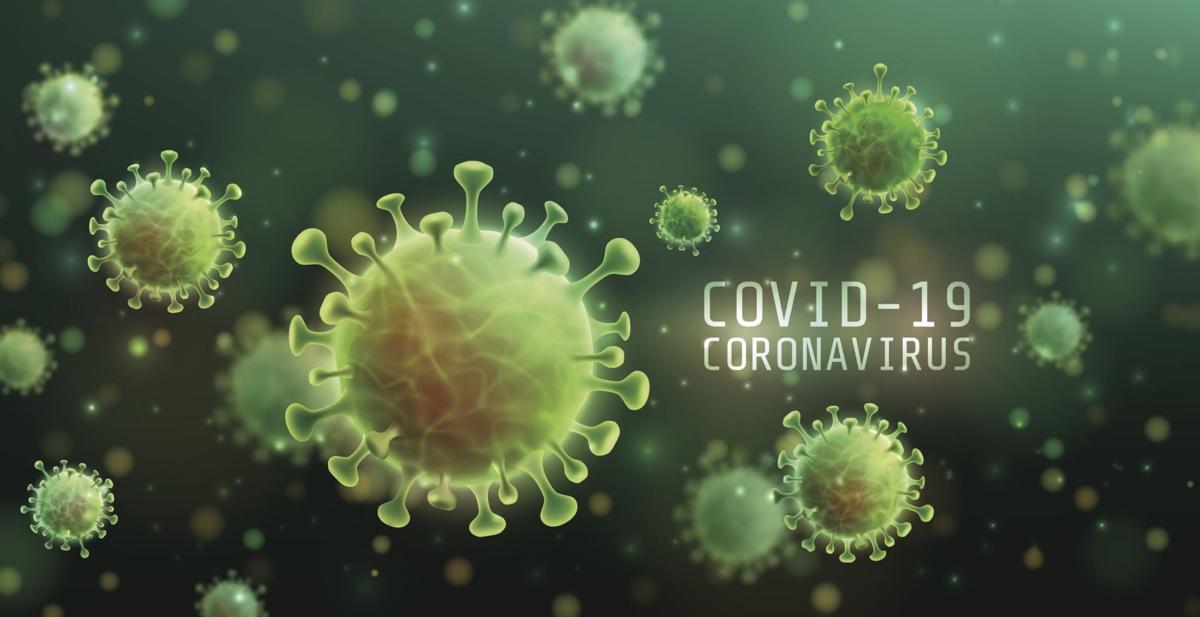 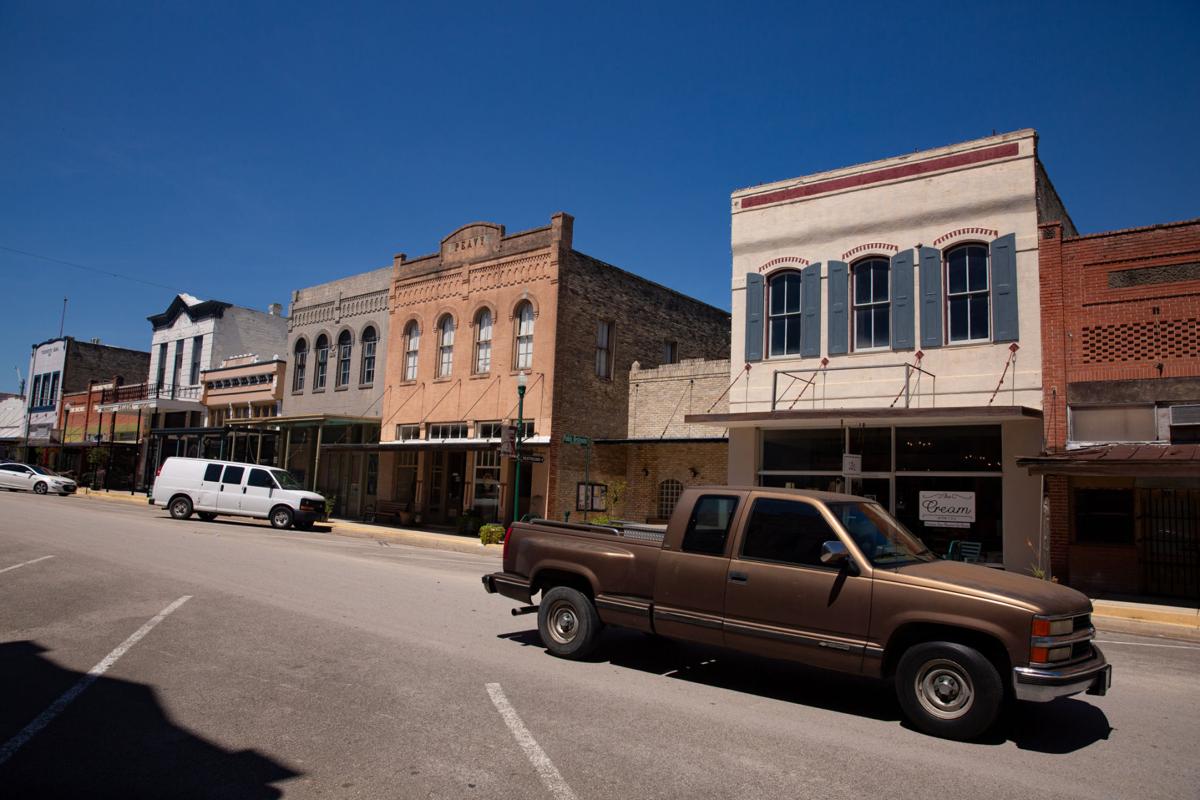 A car drives past shops and businesses in downtown Cuero on Tuesday, March 30. 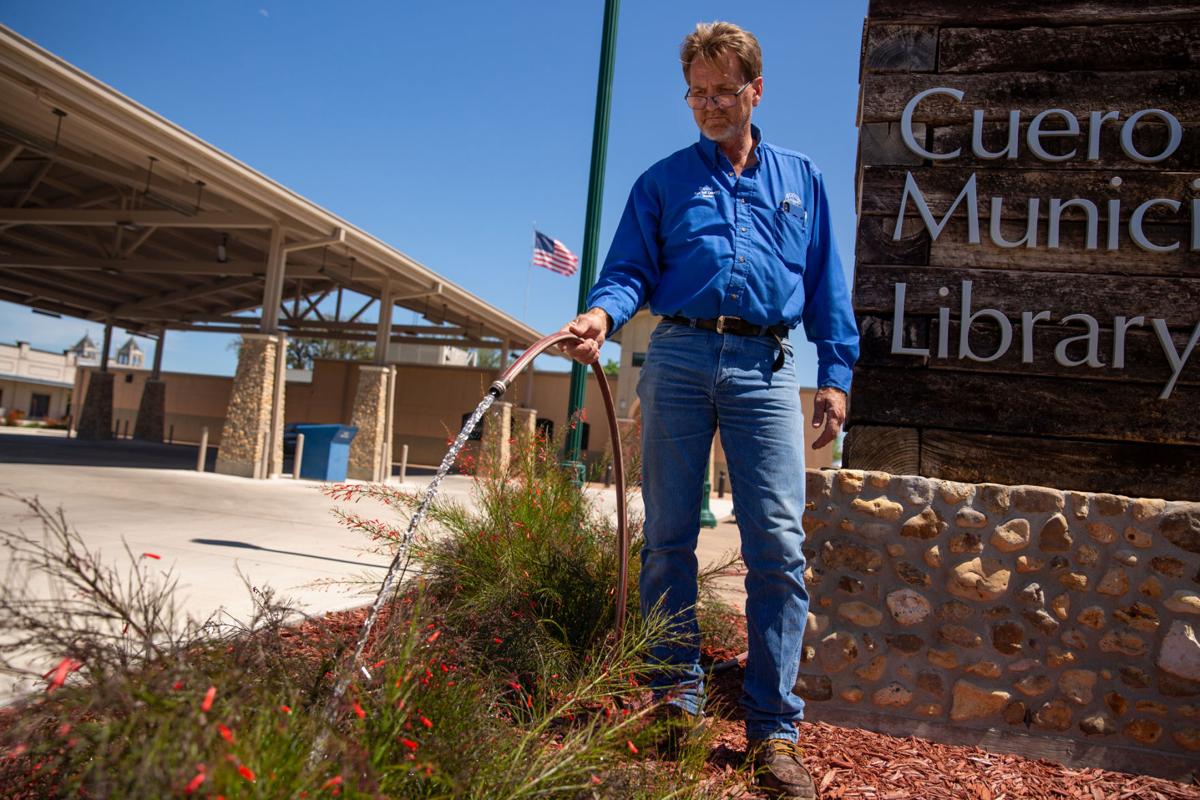 David Danish waters the flowers on Tuesday afternoon in front of the Cuero Municipal Library. “I’ll be glad when COVID-19 is over,” Danish said. “It’s kind of scary at times, but I think if we all do our part and social distance and wash our hands, we’ll be just fine.”

A car drives past shops and businesses in downtown Cuero on Tuesday, March 30.

David Danish waters the flowers on Tuesday afternoon in front of the Cuero Municipal Library. “I’ll be glad when COVID-19 is over,” Danish said. “It’s kind of scary at times, but I think if we all do our part and social distance and wash our hands, we’ll be just fine.”

The total number of COVID-19 cases in the Crossroads increased to 64 Tuesday.

And the region had its second death related to COVID-19. A Matagorda County man between the ages of 70 and 75 has died from COVID-19, according to the local hospital. The man is the second person in the county and in the Crossroads to die from the new disease.

In Texas, there have been at least 3,266 cases reported, according to the Texas Department of State Health Services.

At least 41 people have so far died in Texas from the disease. Three of those deaths were reported Tuesday.

A new case of COVID-19 was confirmed in Calhoun County on Tuesday morning, bringing the total number of cases there to seven. The patient, who lives in Calhoun County, is currently receiving care at Memorial Medical Center, according to a news release from the hospital. The patient is believed to have become infected within the county. Additional details about the patient were not released. “At this point, we know that there is community spread of COVID-19 in our area, and the specific locations and demographics of these patients is not necessary information that the public needs in order to protect themselves,” according to a news release from the hospital.

A Cuero resident has been confirmed to have COVID-19, bringing the count to four residents with the illness. The person appears to have contracted it through travel, according to a new release from DeWitt County Judge Daryl Fowler. The state health department did not release any identifying information such as age or gender.

A case previously reported in Victoria has since been identified as a Goliad County case, officials said. More information will be provided as the investigation continues. This is the same case Goliad County officials reported Monday.

The woman is 40-45 years old and tested positive outside of Jackson County, according to a county news release. The investigation into the origin of exposure is currently ongoing.

The woman is isolated at home in Jackson County and is experiencing no symptoms, according to the release.

Epidemiology investigators and health staff will “perform investigations, surveillance and interviews” with the patient, according to the release.

“I pray for a healthy recovery of this individual,” County Judge Jill Sklar said in the release. “I want the residents to know that Jackson County will most likely see more cases, but we will get through this together.”

County officials urge residents to practice social distancing and avoid gathering in groups of more than 10, according to the release.

Six new cases of COVID-19 were reported in Matagorda County Tuesday, bringing the total cases in the county to 27.

The county reported last week that the high number of pending test results may soon give the appearance of an unexpected “spike,” or increase in positive cases, according to a news release from Matagorda County’s emergency operation center.

“We are working with the private providers to get the most up-to-date information concerning positive cases,” according to the release.

All six patients are at home. None of the cases are believed to be related to out-of-state travel.

The intent of the order is to ensure that the maximum number of people voluntarily self-isolate in their homes to the maximum extent feasible, while enabling essential services to continue, to slow the spread of COVID-19.

What to do if you feel sick

If you have symptoms including fever, cough and shortness of breath and are worried you may have been exposed to the new virus, you should call your personal physician or your local health department for more information. In Victoria, call the COVID-19 hotline at 361-580-5796. In DeWitt County, call the Cuero-DeWitt County Health Department at 361-275-0920. Other counties in the Crossroads can call 211 to find a provider.

Five new cases of COVID-19 were confirmed Wednesday in Matagorda County, bringing the total number of cases there to 32.