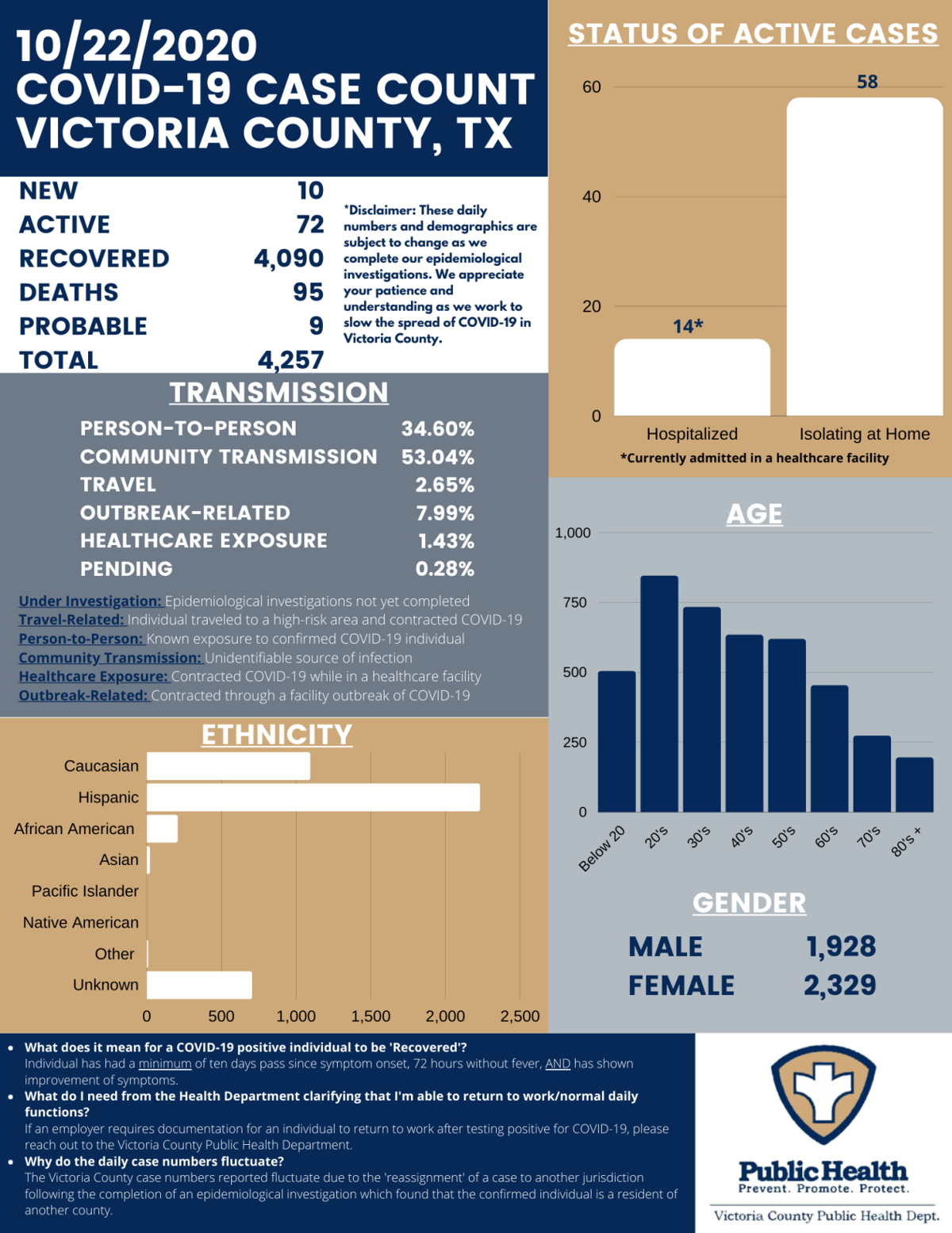 As of Thursday, 27 COVID-19 patients are hospitalized in trauma service area S, which covers Victoria and five neighboring counties. During the region’s surge in COVID-19 cases in July and August, there were often more than 100 COVID-19 patients in local hospitals each day, but that number has dipped to double digits and stayed relatively low in recent weeks, according to data from the Texas Department of State Health Services.

Across Texas, however, the number of hospitalized patients with the respiratory disease is rising again after leveling off in September. There were at least 4,931 hospitalized COVID-19 patients across the state on Thursday.

In Victoria’s trauma service area, the 27 COVID-19 patients were occupying less than 5% of the region’s total hospital capacity, according to state data.

Also Thursday, another 10 cases of COVID-19 were reported in Victoria County, according to local officials. Of the 4,257 confirmed cases in the county, about 4,090 have recovered and 95 county residents who have died from complications of the virus.

The Wharton County Office of Emergency Management reported five new confirmed cases of COVID-19 on Thursday, according to a county news release.

The county also reported 14 new recoveries and no new deaths related to the disease. The county’s total confirmed case count is now 1,504, total recovered count is 1,417 and total deaths remains at 47.

El Campo leads the county’s case count total with 772 confirmed cases, followed by Wharton with 481, East Bernard with 132 and the remainder in unincorporated areas of the county.

Free testing for the coronavirus will be available from 8 a.m. to 4 p.m. Tuesday at the City of Wharton Civic Center, 1924 N. Fulton St., Wharton. No prior registration is needed.

In Calhoun County, one new case of COVID-19 was reported Thursday.

Of 893 total cases, an estimated 877 patients have recovered and eight county residents have died from complications of the virus, and eight active cases currently in the county, according to the local office of emergency management.