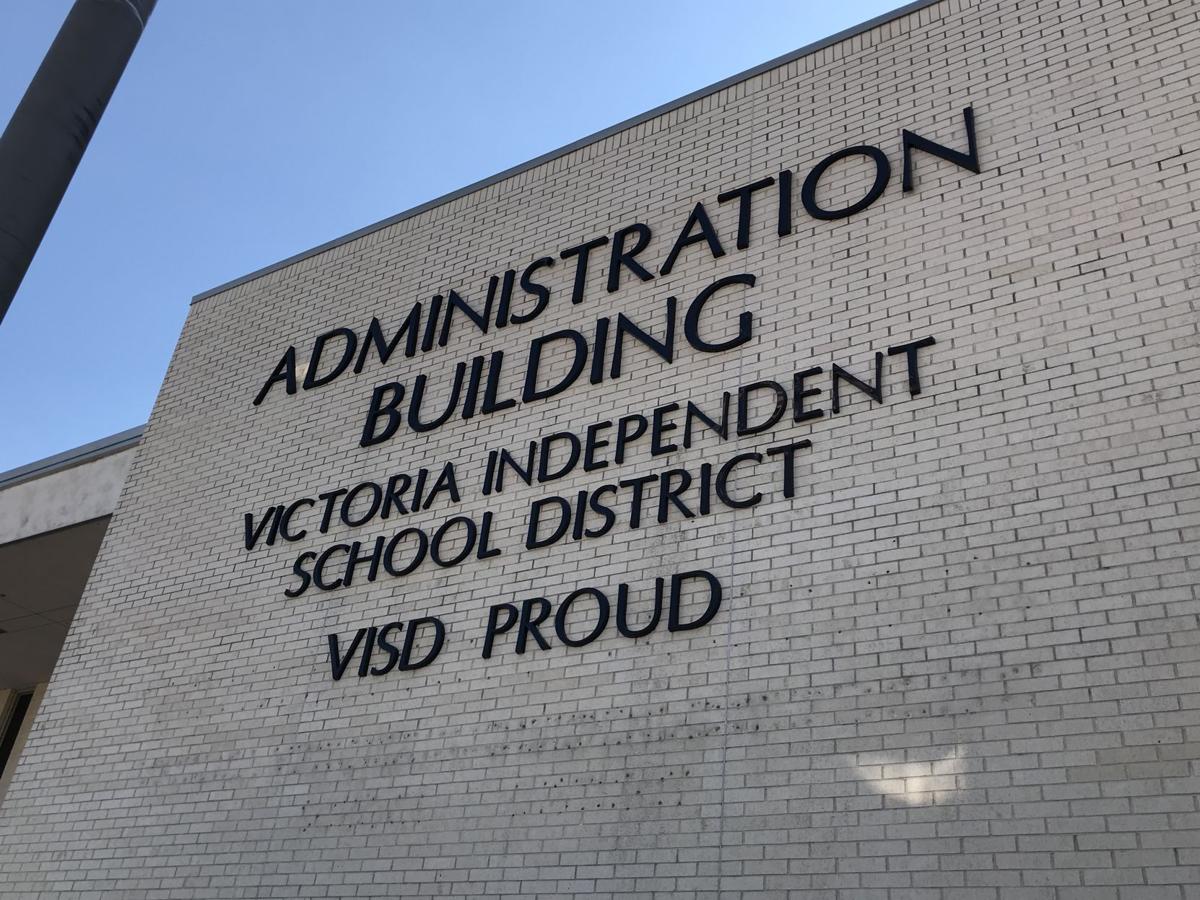 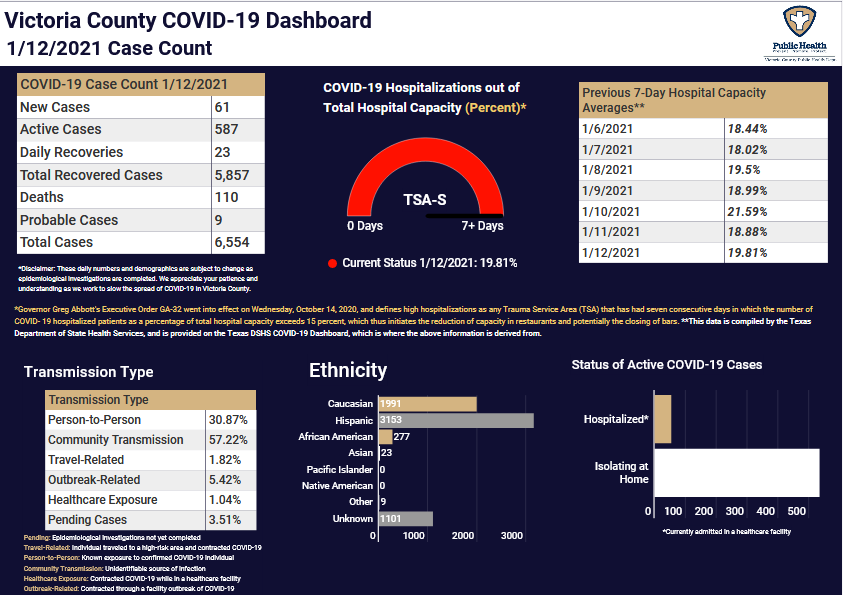 There are 587 active cases of COVID-19 in Victoria County as of Tuesday evening, officials said, and COVID-19 patients are occupying one of out every five hospital beds in the region, according to state data.

The Victoria County Public Health Department reported 61 new cases of the disease Tuesday, bringing the total number of cases of the disease to 6,554. The state health department reported 128 county residents have died from the disease, a tally determined by tracking causes of deaths on death certificates; the county health department uses a different method of tallying COVID-19 deaths, and has recorded 110 deaths as of Tuesday.

Throughout Victoria’s trauma service area, there were 126 COVID-19 patients in local hospitals. Those patients were occupying 19.8% of 636 staffed beds in the region as of Tuesday afternoon, according to state data. There were 18 empty ICU beds as of Tuesday.

Anyone who came in contact with either student will need to isolate up to 10 days, according to the release.

Since reopening in September, the district reported 132 cases. Of those cases, 73 are among students and 59 are among staff.

Another 15 cases of COVID-19 were reported in Refugio County, according to the state health department.

Of 515 cases, an estimated 419 have recovered and 79 are active. There are 17 county residents who have died from the disease, according to the state.

Calhoun County had two new cases of COVID-19 reported in the county, according to the state health department.

Another 41 cases were reported in Matagorda County on Tuesday.

Of 2,174 total cases, an estimated 1,906 patients have recovered and 69 county residents have died, according to the state health department.

Of 1,839 total cases, an estimated 1,717 patients have recovered. There are 58 county residents who have died from the disease, according to the state.

In total, the county has reported 1,468 cases of the disease, although county officials say the true total number of cases is 1,429 when duplicated cases are removed. County health officials have reported 58 deaths from the disease. The state has reported 50 deaths in the county, although that number might be slightly delayed as death certificates are processed and recorded at the state level.

The Wharton County Office of Emergency Management reported 107 new confirmed cases of COVID-19 on Tuesday, according to a news release that includes case counts from Friday through Monday.

El Campo leads the county with 1,314 confirmed cases, followed by Wharton with 922 and East Bernard with 261. The county’s remaining cases are in unincorporated areas.

Women lead the county in confirmed cases of COVID-19 with 1,551 confirmed cases, followed by men with 1,204 and 42 cases among people of unknown gender, according to the news release.

The county’s death count is 80, according to the Texas Department of State Health Services.

Goliad County did not report any new cases Tuesday.