In the two years he's been on the Georgetown City Council, Kevin Pitts has heard many complaints regarding what many in the town describe as its sole internet service provider: Suddenlink Communications.

Following the lead of Victoria City Council, which passed a resolution in November expressing dissatisfaction with Suddenlink, Pitts drafted a similar resolution for his own City Council. 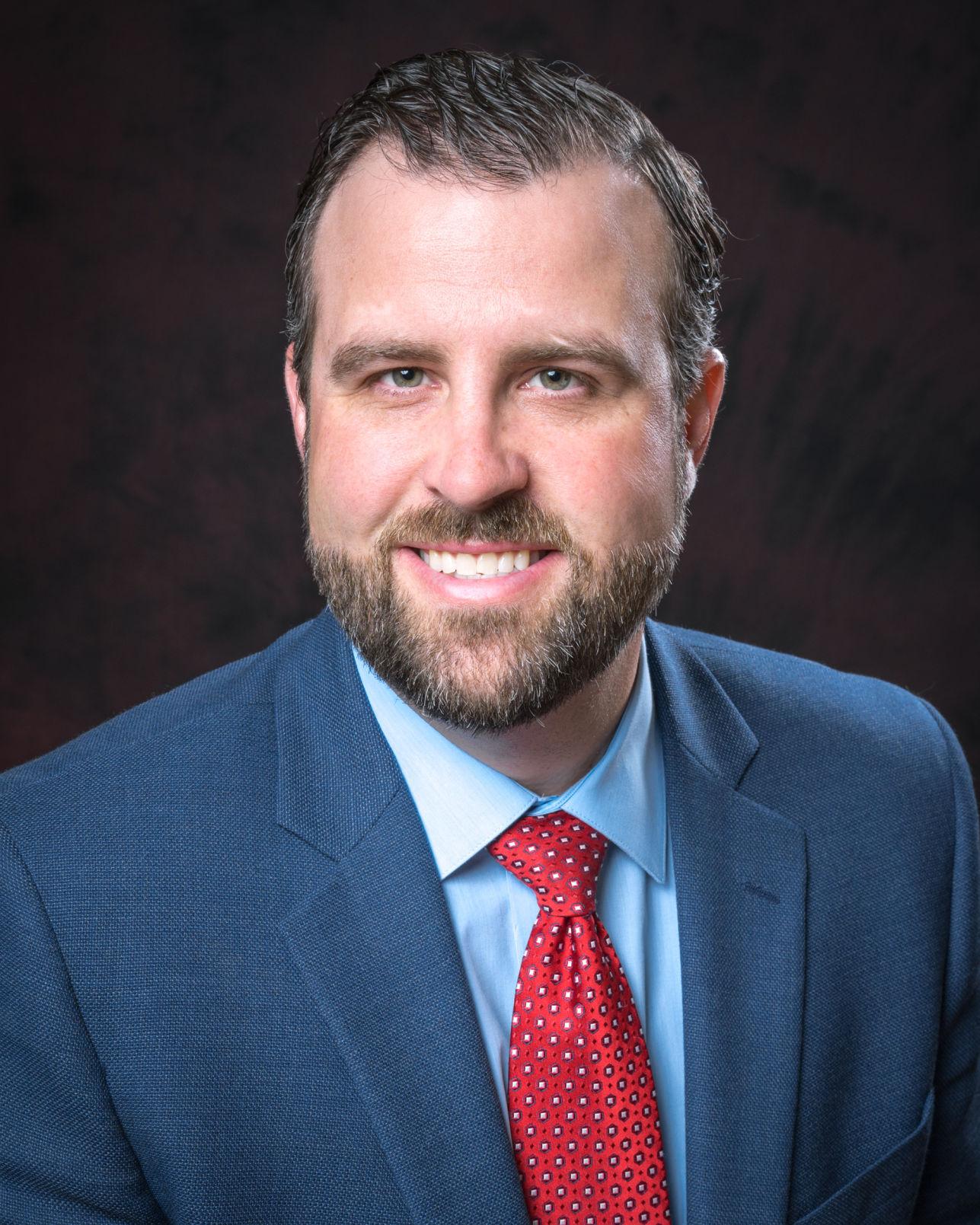 He expects it to pass at Georgetown’s council meeting Tuesday.

“That’s not much, but at least it’s something,” Pitts said, acknowledging the fact that municipalities do not have jurisdiction over internet service providers.

Pitts said the biggest issue his constituents have about the company concerns its customer service. He’s heard reports of people waiting on phone lines with company representatives for hours on end, and about people waiting weeks for a technician to arrive at their homes only for them to say they can’t fix the problem.

Victoria City Council has since discussed with Victoria Electric Cooperative a possible franchise agreement that would grant the company authority to provide broadband services throughout the city.

The VEC has been authorized to start a feasibility study for the Victoria area, but the company can’t offer a timeline for providing service in the Victoria area until that study is complete.

Nina Campos, a manager of human resources and communications with VEC, said in December that the study would likely take a few months.

After the resolution passes, Pitts said the council intends to send it to Rep. Terry Wilson, Rep. James Talarico and Sen. Charles Schwertner.

Dodie Griffin’s clearest memory of the time before the Crossroads had a mental health center was how it complicated her late husband’s ability to treat his patients.

Griffin recalls seeing her husband, Dr. John Griffin, being stymied without local psychiatrists to refer his patients to.

“He would come home and say to me, ‘It’s so sad that we don’t have a place here for my kids that need mental health (treatment). I have to send them to Galveston,’” Griffin said.

When Gulf Bend Center opened in 1970, Griffin, 91, said it brought a “huge change” to the way Crossroads residents could receive mental health treatment.

“It was no longer the secret in the family,” said Griffin, who served on the center’s board for 32 years.

The Gulf Bend Center opened as part of a dramatic change in how the nation approached mental health treatment. The center’s existence was evidence of a decades-long shift away from psychiatric treatment in state hospitals to a community-based model, where residents could receive care locally.

This year, the Gulf Bend Center marks 50 years of providing mental health services to the Crossroads. The center’s lifespan has also coincided with significant advancements behind the science and policy of addressing mental illness.

Gulf Bend is one of 37 local mental health authorities in the state of Texas. Together, these centers provide the backbone for public mental health treatment and are largely responsible for treating those with the most serious and persistent cases of mental illness, including people with schizophrenia, bipolar disorder and major depression.

Gulf Bend evolved out of the Gulf Bend Center for Children and Youth, which was originally opened to address the behavioral health needs of young people in the region. In 1963, the Community Mental Health Act was signed into law, upending the way mental health treatment was delivered and paid for. The act funneled millions of dollars to open new community mental health centers. Seven years after the act was passed, Gulf Bend Center opened in Victoria.

“It was a major change to how things were done before, when most adults with disabilities would stay at home without much to do,” Bautista said.

The center relocated three times in its history before settling at its current location in 2008, each time moving to a larger facility to accommodate a growing patient base.

Perhaps the largest project in its history is the Wellness Community, which opened in 2015. Don Polzin, the center’s former executive director, spearheaded a massive fundraising campaign to raise the $4 million needed to open the community, which was designed to provide supportive housing for 32 people with both physical and mental health diagnoses.

“Shelter is very important, particularly for people that are struggling with issues regarding mental illness, and housing is just it’s vitally important to health in general,” Polzin said about his passion for the project.

Polzin worked at Gulf Bend in various roles for 38 years, and throughout the center’s growth and expansion, one thing has always stayed consistent: The lack of funding.

“The mission is near impossible,” Polzin said. “The need has always been there, the mission has not really changed, and the lack of funding continues.”

The philosophy behind the Wellness Community is also inline with the center’s ongoing process to become a part of the national Certified Community Behavioral Health Clinics program. Gulf Bend is currently in the midst of the accreditation process, and leaders expect to be finished by September 2021, said Jeff Tunnell, Gulf Bend’s executive director.

The thinking behind the program’s approach, Tunnell explained, is helping to connect patients with a range of supports that a patient might need. So, for example, if a patient with bipolar disorder comes to Gulf Bend for treatment, Tunnell said, Gulf Bend should also be able to refer the patient to a physician who can help the patient manage his diabetes. This next shift for Gulf Bend will require nonprofits and groups throughout the Crossroads to come together so individuals can get care and support for their entire well-being, Tunnell said.

“We all can’t solve the problem by ourselves,” Tunnell said. “We need everyone coming to the table and working together to address the need in our community.”

What's next for Gulf Bend?

The Gulf Bend Center opened in Victoria 50 years ago, and throughout the center's lifetime, the nation and the state have seen drastic changes in mental health policy.

The next shift for the center is the ongoing accreditation process Certified Community Behavioral Health Clinic. The new model of care will emphasize treatment for individuals' physical and mental health needs.

Bush’s Chicken as seen behind a fence. The restaurant has been closed for months and the owners claim it will be reopened after renovations.

Bush's chicken as seen behind a wire fence. The restaurant has been closed for several months and the owners claim it will be reopened after renovations.

Bush's Chicken as seen behind a wire fence. The restaurant has been closed for several months and the owners claim it will be reopened after renovations.

A spokeswoman for Bush’s Chicken said she had no knowledge of the red banner reading “permanently closed” on the Victoria location’s Google My Business page.

Kate Holcomb told the advocate in November that its managers planned to reopen the location as soon as possible. On Monday, she said that plan hasn’t changed.

Bush's Chicken has posted a sign online that states the business is permanently closed.

But the Navarro location of the national fried chicken chain restaurant has been closed for months with no noticeable signs of construction.

In a Sept. 19 Facebook post, the location cited the need for renovations as the reason for the closure.

Enrique Gallegos, who opened the location with his brother Ventura Gallegos in December 2016, said via text message on Monday that he plans to get construction workers back out to the site so it can reopen.

In November, Holcomb told the Advocate that the location is temporarily closed because of water damage and that managers have been working with a local contractor on repairs.

The location was built new and opened in 2016.

In a joint statement by the Texas Catholic Conference of Bishops, which includes leaders from Texas’ 15 dioceses, the group called the decision “discouraging and disheartening.”

“While the Texas Catholic Conference of Bishops respects the governor, this decision is simply misguided,” the group wrote. “It denies people who are fleeing persecution, including religious persecution, from being able to bring their gifts and talents to our state and contribute to the general common good of all Texans.”

“As Catholics, an essential aspect of our faith is to welcome the stranger and care for the alien,” the statement said.

In response to the bishops’ statement, Abbott spokesperson John Wittman said the governor’s decision won’t deny anyone access to this country.

“No one seeking refugee status in the United States will be denied that status because of the Texas decision,” he stated in an email. “Importantly, the decision by Texas will not prevent any refugee from coming to America. Equally important, the Texas decision doesn’t stop refugees from moving to Texas after initially settling in another state.”

Some Texas bishops also added individual statements that stressed that Abbott’s decision was counter to their values.

“Having just celebrated Christmas, we are mindful that the Holy Family were refugees. As Christians, a cornerstone of our faith is to welcome and care for the stranger, which has made our country great,” said Rev. Joe S. Vásquez, bishop of the Diocese of Austin in a statement. “I ask that we all commit ourselves even more ardently to work with people of good will, including our federal, state and local governments, in helping refugees integrate into our communities. I offer my prayers for refugees who will suffer from this decision.”

Bishop Daniel Flores of the Diocese of Browsnville urged Abbott to change his mind.

“They flee violence & persecution, and seek a chance to live, work & contribute in peace. The Governor should reconsider,” Flores wrote in a tweet.

The Governor’s decision not to allow the Federal refugee resettlement program to operate in Texas affects refugees vetted by the current administration. They flee violence & persecution, and seek a chance to live, work & contribute in peace.The Governor should reconsider. – Amigo de Frodo (@bpdflores) January 11, 2020

Abbott explained last week that his decision was based, in part, on Texas’ need to focus attention on those already in the state in need of assistance.

“At this time, the state and nonprofit organizations have a responsibility to dedicate available resources to those who are already here, including refugees, migrants, and the homeless–indeed, all Texans,” he wrote to Secretary of State Mike Pompeo on Friday.

In September, the Trump administration issued an executive order that requires the country’s refugee resettlement agencies to obtain written consent from states and local entities before they can resettle refugees in those areas. Abbott was the first governor to decline. Governors have until Jan. 21 to decide whether they will participate in the refugee program. About 40 governors have so far committed to allowing refugees into their states, including Republicans.

It’s not the first time Abbott has disagreed with the religious groups over state policy. He was criticized in 2014 when, as attorney general, he filed a lawsuit to stop the Obama administration’s Deferred Action for Parents of Americans and Lawful Permanent Residents, or DAPA. Religious groups were also opposed to Senate Bill 4, an omnibus, state-based immigration enforcement bill Abbott declared a legislative priority in 2015.

In 2015, the Tribune reported that Abbott attends the University Catholic Center in Austin.