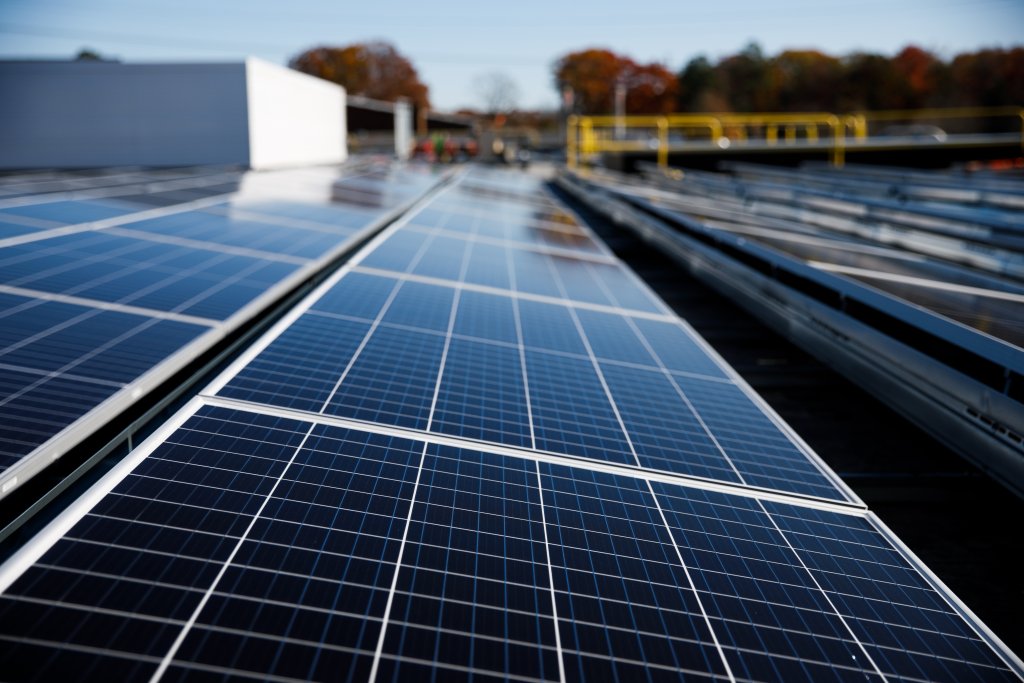 A federal investigation into solar imports from four Southeast Asian countries responsible for supplying most of the panels and cells used in the United States is delaying many Virginia solar projects, although the state’s largest electric utilities have told investors they don’t expect to see significant financial impacts.

In a May 1 letter to President Joe Biden, a group of U.S. senators including Virginia Democrats Mark Warner and Tim Kaine warned of “massive disruption in the solar industry” caused by the investigation.

The federal investigation being conducted by the U.S. Department of Commerce following a petition from California-based manufacturer Auxin Solar revolves around the question of whether manufacturers in Cambodia, Malaysia, Thailand and Vietnam are illegally circumventing tariffs levied by the U.S. on Chinese solar equipment.

Uncertainty around whether crystalline silicon photovoltaic, or CSPV, solar components imported from the four Southeast Asian countries will retroactively face steep duties has brought many projects to a halt.

In Virginia, a survey conducted by the Solar Energy Industries Association this April found that nearly half of the state’s large-scale solar projects in the development pipeline are facing delays or cancellation due to the investigation.

Those cancellations or delays are linked to 1,800 megawatts of solar capacity, “representing $1.8 billion of investment that is at risk,” said SEIA Director of Communications Morgan Lyons in an email.

The SEIA survey, which was conducted in April, also found that 71 percent of the Virginia companies that responded were facing delays or cancellations in supply and 86 percent were experiencing “severe” or “devastating” negative impacts to their business.

Eighty-five members of the U.S. House of Representatives, including Democratic Virginia Reps. Don Beyer, Gerry Connolly and Donald McEachin, in a May 17 letter urged President Joe Biden to accelerate the investigation given its “larger ramifications for the U.S. economy and the global fight against climate change.”

“We are deeply concerned about the potential impact the anti-circumvention inquiry could have on our ability, as a country, to transition away from fossil fuels and toward 100 percent clean, zero-emission electricity,” the representatives wrote. “Solar power in the U.S. has seen incredible, explosive growth because it has become cheaper than any other power source. However, the 50 percent to 250 percent tariffs called for in the Auxin petition would set solar power back years in terms of cost competitiveness, and with no alternative CSPV supply, solar power adoption over the next two years would be nearly halved.”

The slowdowns also come as Virginia tries to decarbonize its power sector by 2050 under the Virginia Clean Economy Act. Besides requiring the state’s two largest electric utilities to become carbon-free by midcentury, that 2020 law also mandated that the utilities propose 16.7 gigawatts of solar by 2035.

In communications with investors, neither Dominion Energy nor Appalachian Power expressed alarm about impacts the investigation could have on their clean energy goals.

Dominion’s top officials told investors that the utility’s 2022 projects and at least 60 percent of its 2023 projects are not expected to be affected by the investigation.

“These projects remain very much on track,” Dominion CEO, President and Chair Bob Blue said on a May 5 investor call. “This holds true for our regulated solar projects in Virginia and the more modest amount of unregulated solar we’re developing on behalf of key customers.”

For the 2023 projects, “we know definitely that 60 percent are not subject to this particular review given the four countries that are under review,” said Dominion Chief Operating Officer Diane Leopold.

Nick Akins, CEO of American Electric Power, the parent company of Appalachian Power, similarly told investors on an April 28 call that the company doesn’t see much risk from the investigation because its planned renewables buildout doesn’t focus heavily on solar until later in the decade.

“We have time for not only the reviews of solar that’s occurring with the administration,” he said, “but also in terms of the supply chain activities just to level out somewhat before we’re actually out back in the market acquiring these types of resources.”

“There is time for the solar thing to get resolved,” he said.

Originally published on virginiamercury.com, part of the TownNews Content Exchange.