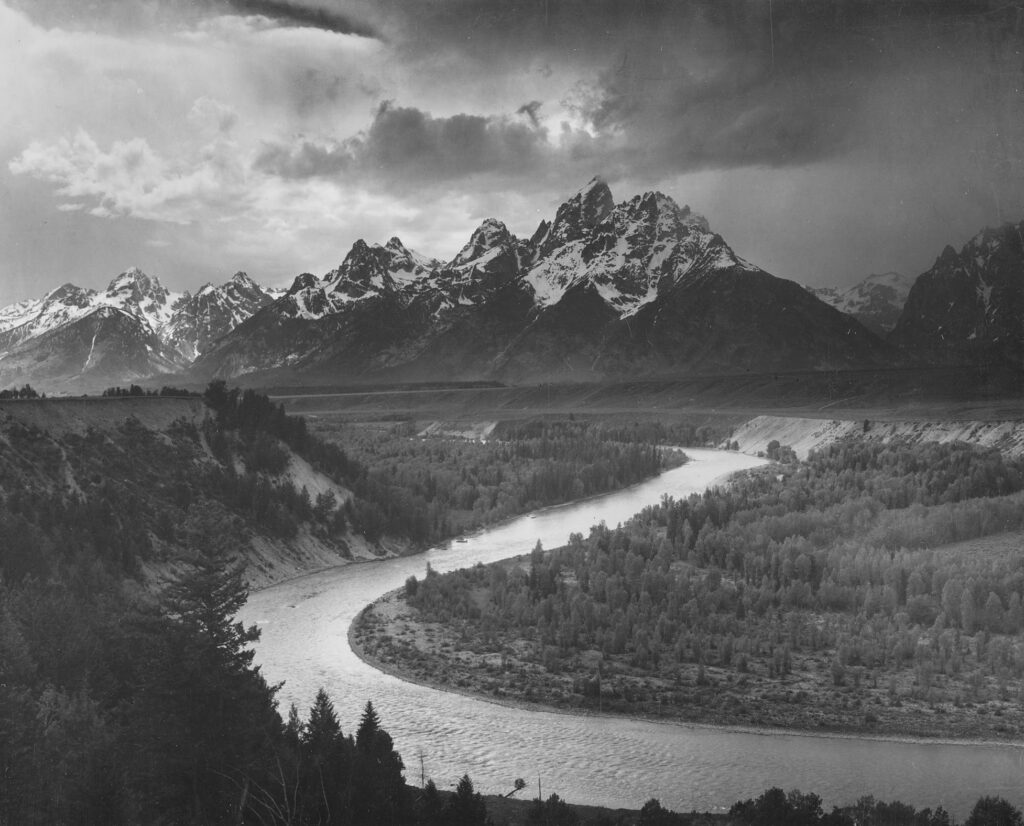 The Snake River flows more than 1,000 miles from its headwaters in Yellowstone through Jackson Hole, across southern Idaho’s Snake River Plain, and through Hells Canyon before joining the Columbia River in south-central Washington. The river’s course covers an incredibly diverse range of geology and topography. The Snake River also carried flood waters from the massive Bonneville and Missoula Ice Age floods.

The Eastern Snake River Plain is a northeast-southwest-trending topographic depression in southeastern Idaho that extends from the Wyoming border to approximately the city of Twin Falls. As the North American tectonic plate moved southwest, the (mostly) stationary Yellowstone hotspot plume heated the crust and generated a significant amount of melt. This resulted in a line of volcanic calderas that get progressively older along the hotspot track from northeast to southwest. 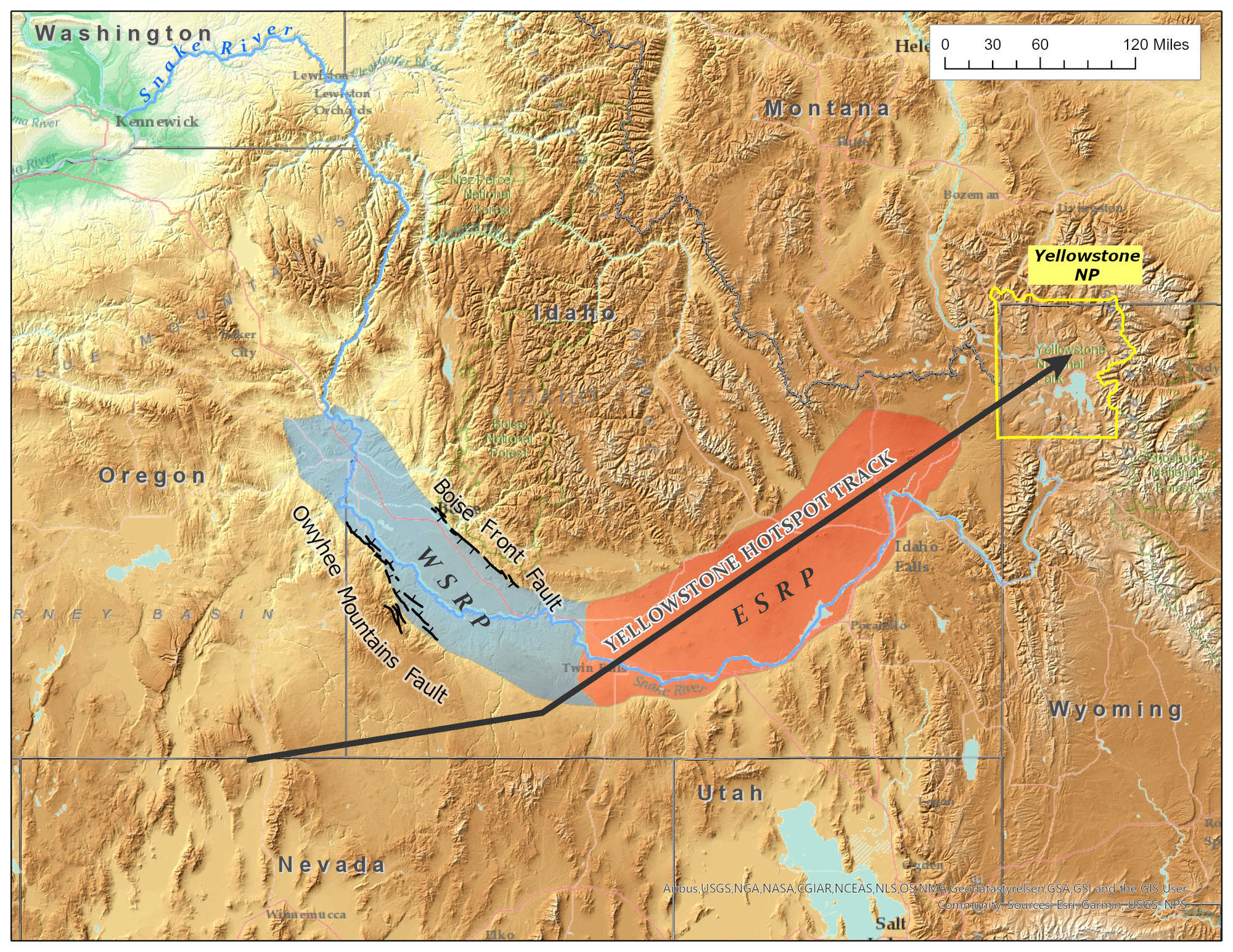 As dense magma generated by the hotspot accumulated in the middle crust, the extra weight caused the crust to sink. The sinking crust accumulated additional sediments and volcanic rocks at the surface, which caused further sinking.

Ultimately, the rocks along the hotspot track subsided by approximately 2.8 miles compared to the surrounding rocks. Faulting is a common way for crustal rocks to move, but in the case of the Eastern Snake River Plain, the subsidence occurred by flexing and warping of the crust. The warping of rock surrounding the Eastern Snake River Plain can be clearly seen in dipping rock layers on the margins of the plain where the Lost River, Lemhi and Beaverhead ranges terminate on the northwest side and the Albion, Sublett, Deep Creek, Bannock, Pocatello and Portneuf ranges terminate on the southeast side.

This is a cross section of the Western Snake River Plain in southern Idaho. (USGS Groundwater Atlas of the United States/https://pubs.usgs.gov/ha/ha730/ch_h/) 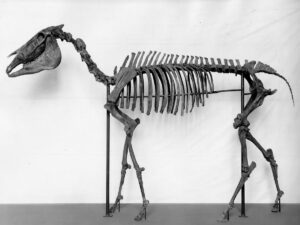 It left behind deposits of fine-grained sediments approximately 5,500 feet thick covering much of southwest Idaho. Those sediments include spectacular fossil assemblages found in the Hagerman Fossil Beds National Monument, which include horses, peccaries and otters. Around 2.5 million years ago the lake overtopped a drainage divide near present-day Huntington, Oregon, and was captured by the lower Snake River. The lake drained to the north, carving Hells Canyon, the deepest river gorge in North America.

The origin and development of the Snake River Plain illustrates the diverse and far-reaching geologic impacts of the Yellowstone Hotspot. That “smile” that marks the topography across southern Idaho is more than just a pretty face — er, geomorphic feature. It has an amazing geologic story to tell as well!

Yellowstone Caldera Chronicles is a weekly column written by scientists and collaborators of the Yellowstone Volcano Observatory.

Originally published on idahocapitalsun.com, part of the TownNews Content Exchange.