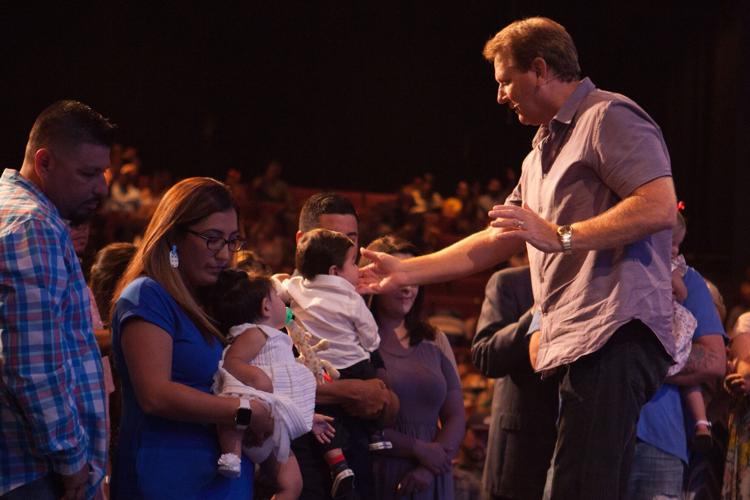 Pastor Jim Graff reaches into the congregation during a service at Faith Family Church. Graff celebrates 33 years at the church on Sunday. 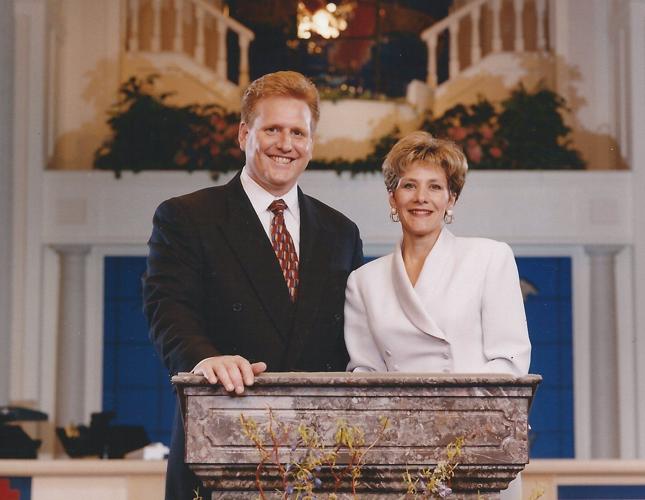 Pastor Jim Graff and his wife, Tamara Graff, years ago. 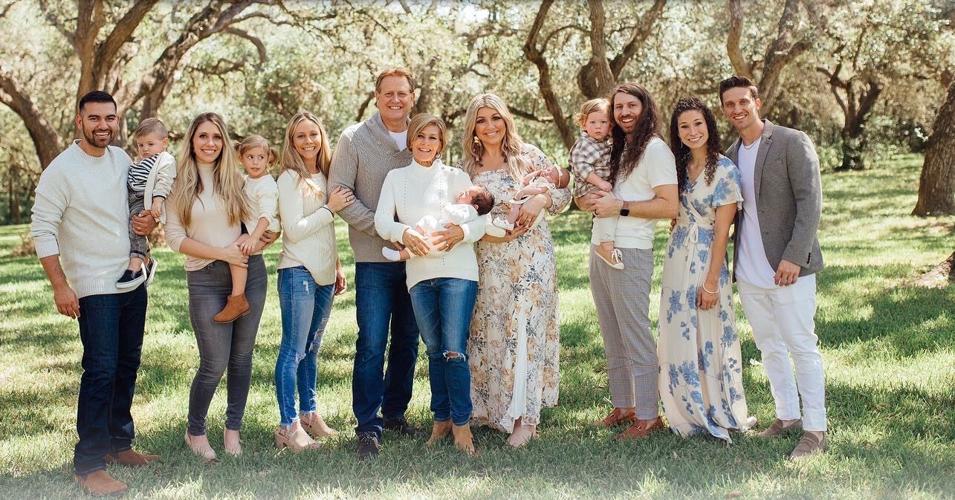 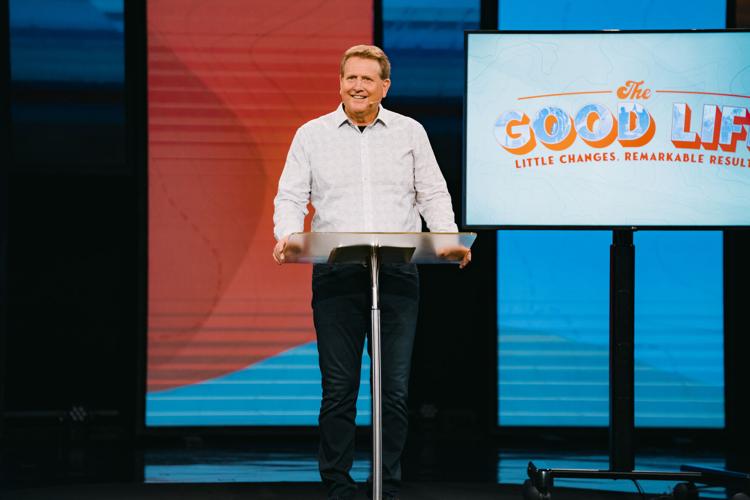 Pastor Jim Graff began teaching at Faith Family Church about 33 years ago while substituting for the then pastor who was on vacation. 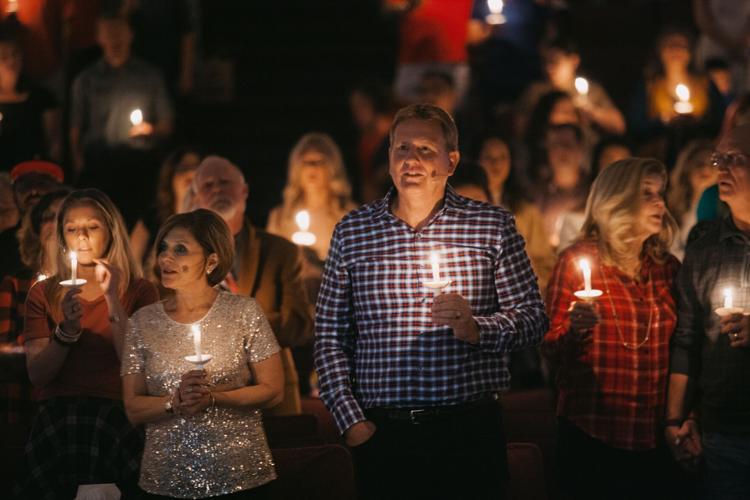 Pastor Jim Graff said he has a passion for small communities. Graff grew up in Saxonburg, Pennsylvania, a town of about 1,500. 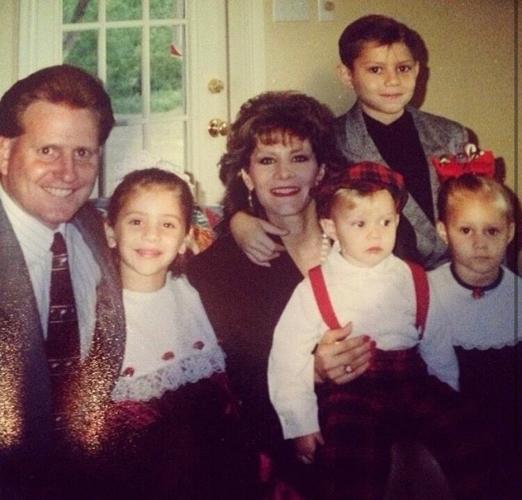 Pastor Jim Graff and his burgeoning family decades ago.

Pastor Jim Graff reaches into the congregation during a service at Faith Family Church. Graff celebrates 33 years at the church on Sunday.

Pastor Jim Graff and his wife, Tamara Graff, years ago.

Pastor Jim Graff began teaching at Faith Family Church about 33 years ago while substituting for the then pastor who was on vacation.

Pastor Jim Graff said he has a passion for small communities. Graff grew up in Saxonburg, Pennsylvania, a town of about 1,500.

Pastor Jim Graff and his burgeoning family decades ago.

Catherine Boehm thinks she would probably be dead if not for the personal relationship with God she found at Faith Family Church about 30 years ago.

Boehm, who was battling drug addiction, had an encounter with God while sitting in a Corpus Christi jail cell after she and her husband were arrested on drug distribution charges, she said Thursday. She laughs about it now, but it was in that cell that she hit rock bottom and heard the voice of God speaking directly to her.

While napping in the jail, she woke, horrified, to find a woman who was suffering from heroin withdrawal stealing her socks off her feet.

After battling with the question of whether there was more to life than just getting high, she decided to attend Faith Family Church where Pastor Jim Graff was just beginning his career as a young man freshly graduated from Oral Roberts University. At the church, Boehm found a church home that would nurture her burgeoning faith, teach her the true meaning of happiness and give her another chance at life.

“If they didn’t believe in me, I wouldn’t be here,” Boehm said.

Ever since Jim Graff’s first days at Faith Family, the pastor has worked to build a church that can offer spiritual healing to people in need.

But he admits now that he didn’t always have that priority.

Growing up in Saxonburg, Pennsylvania, Graff, now 62, grew up attending Catholic services with his family. Church was important to his family, but his faith lacked the personal aspect he found later in life.

“I was someone who started with an academic understanding of God, but it wasn’t the life giving relationship that it is today,” Graff said Tuesday.

After high school, he attended Oral Roberts, but he admitted his mind was focused much more on playing baseball for the university rather than God. Back then, Bible survey was his hardest class.

That changed one day when he tore ligaments in his arm while pitching during a batting practice. That injury was a “big emotional blow,” he said, but also a major fork in the road of his life. Baseball ran in his family. He even had an uncle who worked as the director of scouting for the Pittsburgh Pirates.

The injury turned into an opportunity when Graff began leading Bible study in his dorm, putting the time he would have spent on the field to helping guide students to a better understanding of God.

Some of those students were fellow baseball players, whom Graff said, like him, had attended the private Christian university for athletics rather than spiritual reasons.

Seeing those students and baseball players find real spiritual renewal was incredibly rewarding. And when Graff began serving at Faith Family, first as a substitute for a pastor who was on vacation, he realized he wanted to work in a ministry that would help people just as those baseball players had been helped.

He had finally found his calling.

“I felt in my heart I was supposed to build a church for the people I went to school with and didn’t understand God,” he said.

When Graff arrived at Faith Family, the church had about 80 families and held services in a chapel at the Victoria Regional Airport.

Since then, the church has moved to a much larger campus at 2002 E. Mockingbird Lane, and has about 2,700 people coming each week and about 4,000 members in total.

But Graff said he is much more proud of the teachings and ministries at Faith Family, rather than its size. Its large size, he said, is merely a reflection of God’s goodness, which many have found there. He said he likes to think his legacy is the many hearts of those who have found renewal at Faith Family.

He recalled that his father often referred to Luke 14 as a guiding chapter for the church’s ministry. That chapter calls Christians to help those who are spiritually hungry.

“I remember him telling the church when I was young that we are here to feed and minister to people,” the younger Graff said. “That has always been the heart of the church.”

Jim Graff’s focus on service to those in spiritual need has resulted in a focus on missions at the church, which routinely funds trips to parts of the world, like India, where God is the least known.

Graff also has founded the Significant Church Network, a network that offers guidance to about 500 pastors in small communities.

Having grown up in such a community, Graff said he has a special place in his heart for small-town churches.

Graff’s son said his father, who is remarkably disciplined, also possesses an “all in” personality type, which has served him well as a church pastor. But he also thinks much of the church’s success has resulted from his father’s strong personal relationship with God.

“That’s where it starts. That is the foundation,” he said, adding, “I can’t remember a morning as a kid, really in my life, where he wasn’t spending time in prayer first thing.”

Nevertheless, Graff still finds time to enjoy the blessings of being a family man. Despite his dedication to the church, he loves being a husband, father and grandfather, his son said.

Boehm remembers Graff once challenging her and others who were visiting to give the church a year and see whether or not their lives had changed.

Looking back, she admits it has — in wonderful ways she could never have imagined as a young woman.

Now, she is a proud wife, mother and grandmother with a fulfilling job and lots to look forward to.

And Faith Family allowed her to grow in her relationship with God that began after she first heard his voice soon after getting her socks stolen.

She credits much of her newfound happiness to Graff, who didn’t so much teach her about God but rather showed her how to find him herself.

“(Graff said), ‘Don’t just listen to me. Open your Bible for yourself and read God’s word and listen to him and hear what he wants you to do,” she said.

Wherever those volunteers serve, whether it be in the nursery, kids' church, audio/visual department or any one of the many other essential volunteer ministries, one thing is for certain.

The volunteers who do give their time make the large church feel a lot more like an intimate family.

Do you support any local veterans groups?