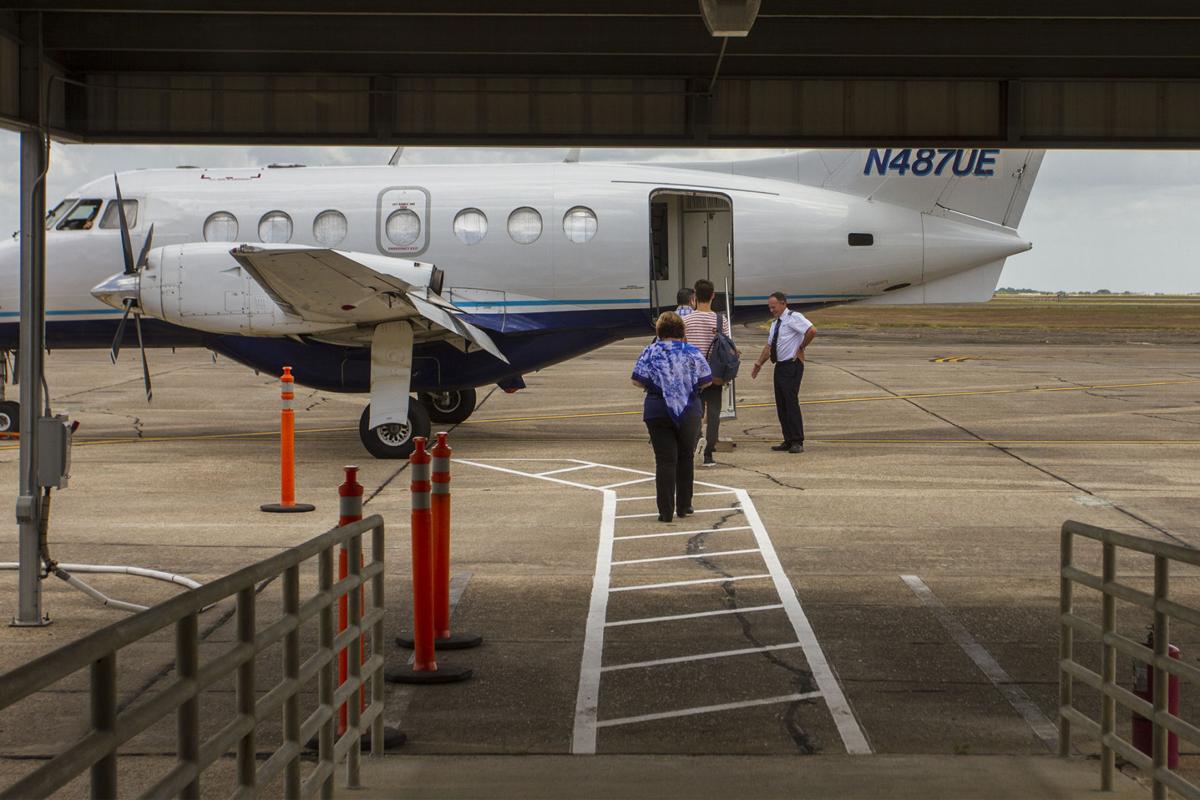 Passengers on a flight from Victoria to Houston flight walk out to board an airplane in this 2016 file photo.

Passengers on a flight from Victoria to Houston flight walk out to board an airplane in this 2016 file photo.

The Victoria Regional Airport’s board endorsed a new airliner Thursday, throwing its support behind a company that plans to provide flights to Houston every day on a 46-passenger aircraft.

The airport’s commissioners voted to recommend that Silver Airways be the airline provider out of Victoria starting in November, after Texas Sky’s contract expires.

“I think they made a good decision,” said airport director Lenny Llerena. “At the end of the day, they listened to the community and made the right decision for the community.”

The decision, which is not binding, comes after years of frustration over airline travel in and out of Victoria. Airline use has plunged in the past decade, according to airport data, and travelers have complained about the frequency of the current service provided by Texas Sky, which offers one round-trip flight to Dallas-Forth Worth International Airport six days a week.

The board’s recommendation will serve as an advisory to the U.S. Department of Transportation, which will make the final decision about which airline will serve Victoria’s local airport.

Six airlines initially expressed interest in serving Victoria, including Texas Sky. Silver’s main competition for the board’s recommendation was Boutique Air, which was offering more frequent flights in and out of Victoria but on a smaller plane.

Another benefit of Silver’s service is that it has “codeshares” with airlines, including United Airlines and Jet Blue. Codeshares allow travelers to book multiple flights on different airlines in a single transaction and pick up their luggage at their final destination. Previously, travelers had to transfer any checked baggage between connecting flights.

If selected by the Department of Transportation, Silver would be tasked with drastically increasing ridership in and out of Victoria. Airport data indicates a steep decline in ridership: In 2008, more than 8,000 passengers flew out of the Victoria Regional Airport. Last year, just 2,350 passengers used the airport. The airline that operates out of Victoria needs at least 10 passengers per day to be eligible for a federal subsidy. In 2017, the airport had to obtain a waiver to continue receiving the subsidy because ridership had dipped so low.

Silver has committed to a $50,000 annual advertising budget on its Victoria operation if approved by the federal government.

Silver Airways officials estimated the average ticket cost for a flight from Victoria to Houston would be about $70, which could decrease depending on promotions and sales.

The future of the Victoria Regional Airport depends on the new airline that airport commissioners will choose Thursday, officials said.

Are mosquitoes bad at your home?