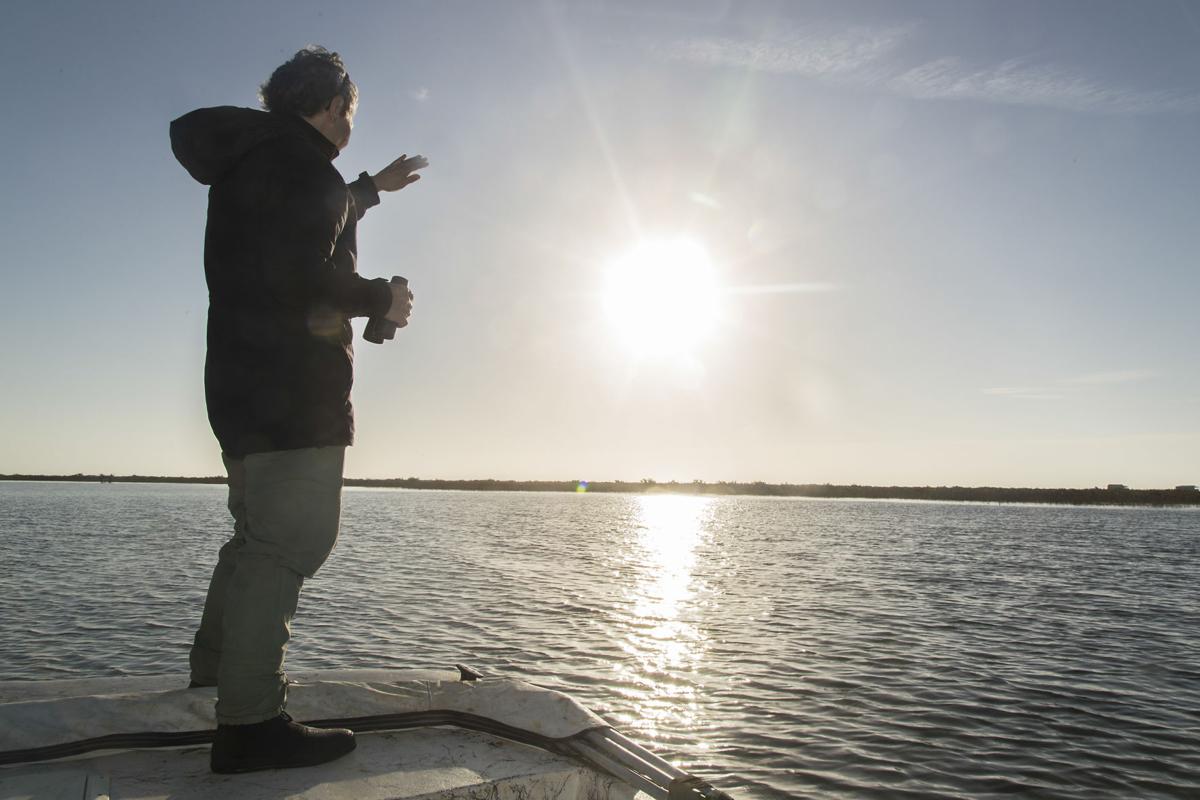 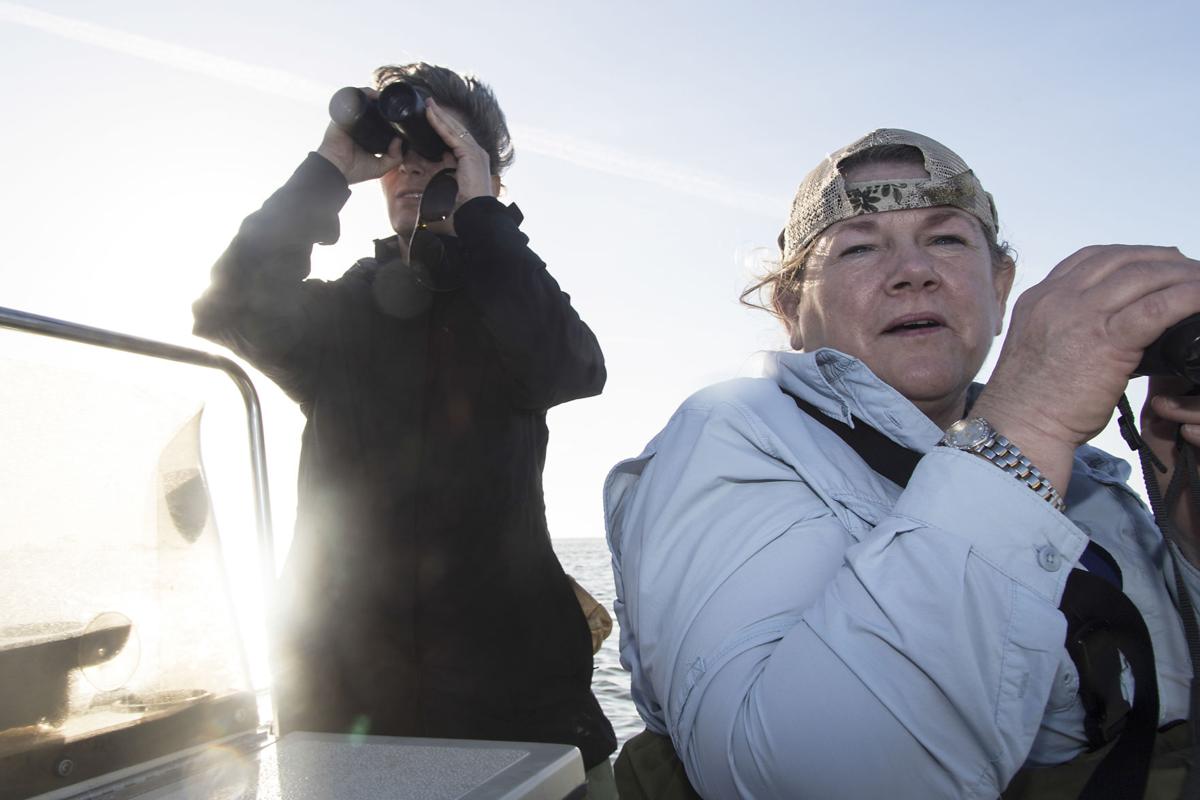 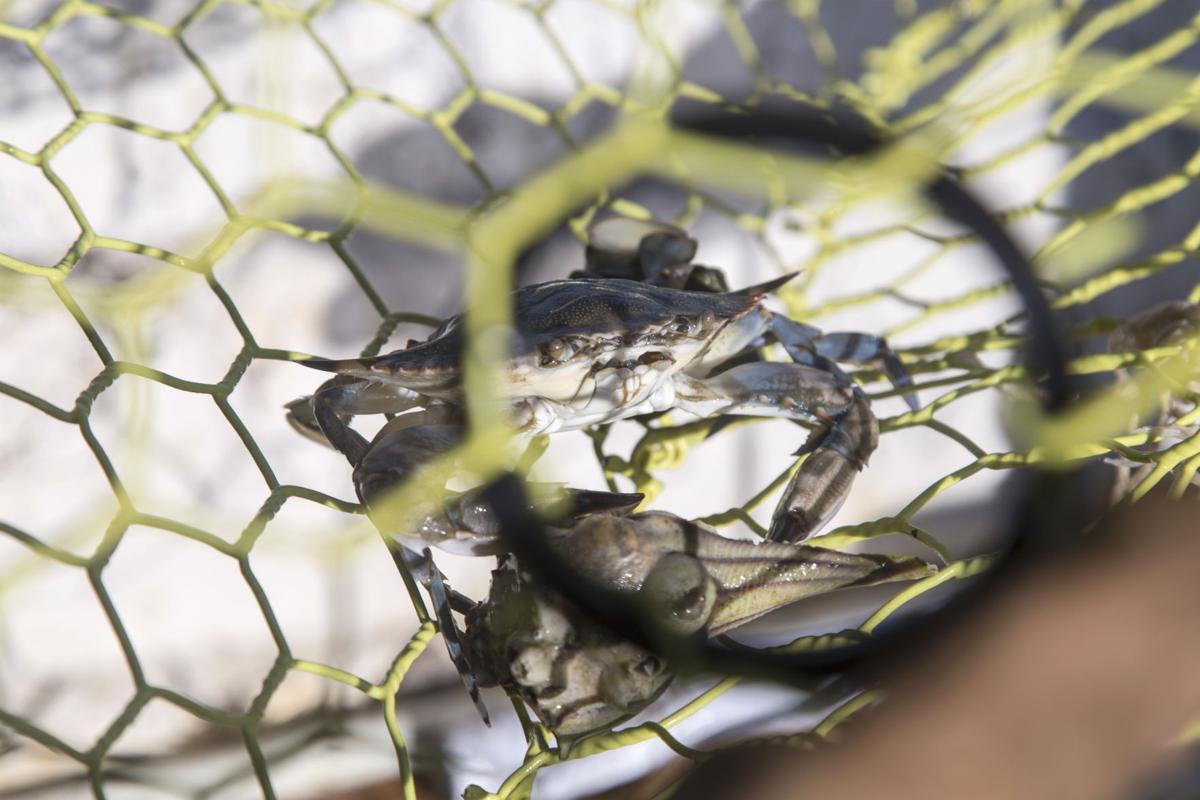 A blue crab was found in one of the crab traps. 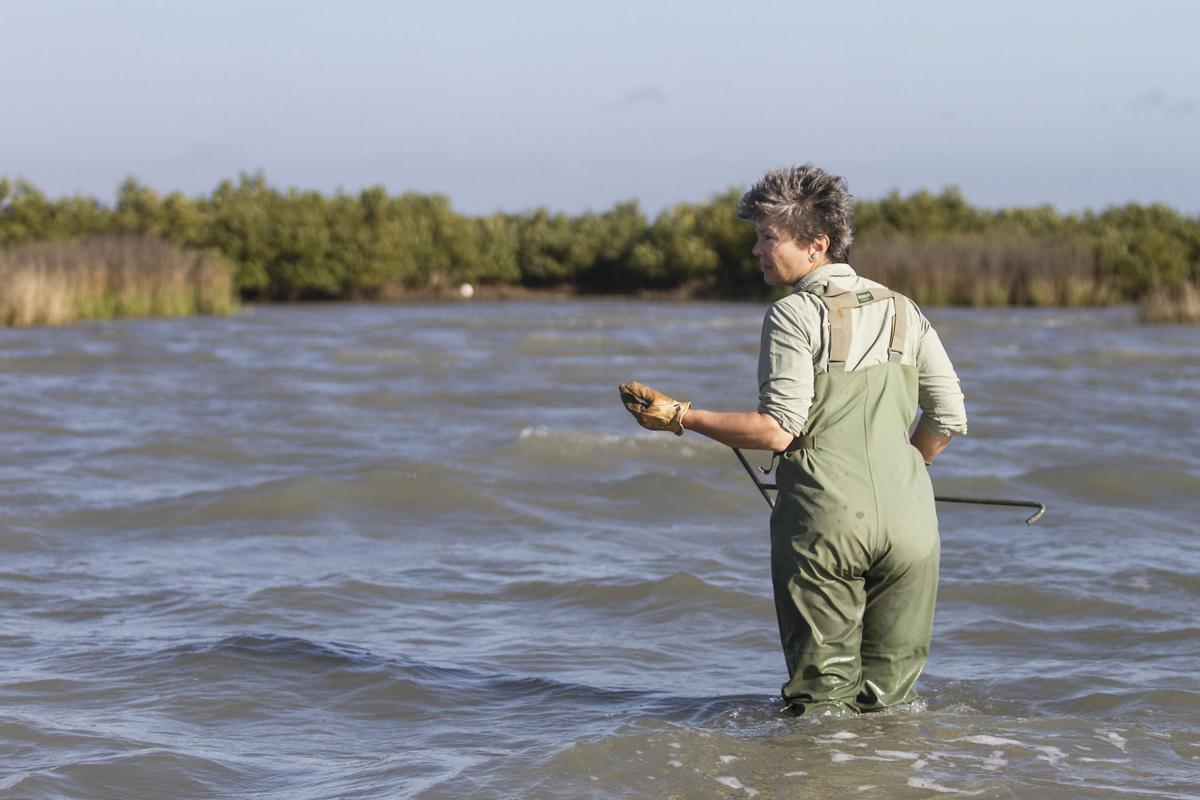 Brigid Berger walks through shallow water to retrieve an abandoned crab trap to bring back onto the boat for later disposal. 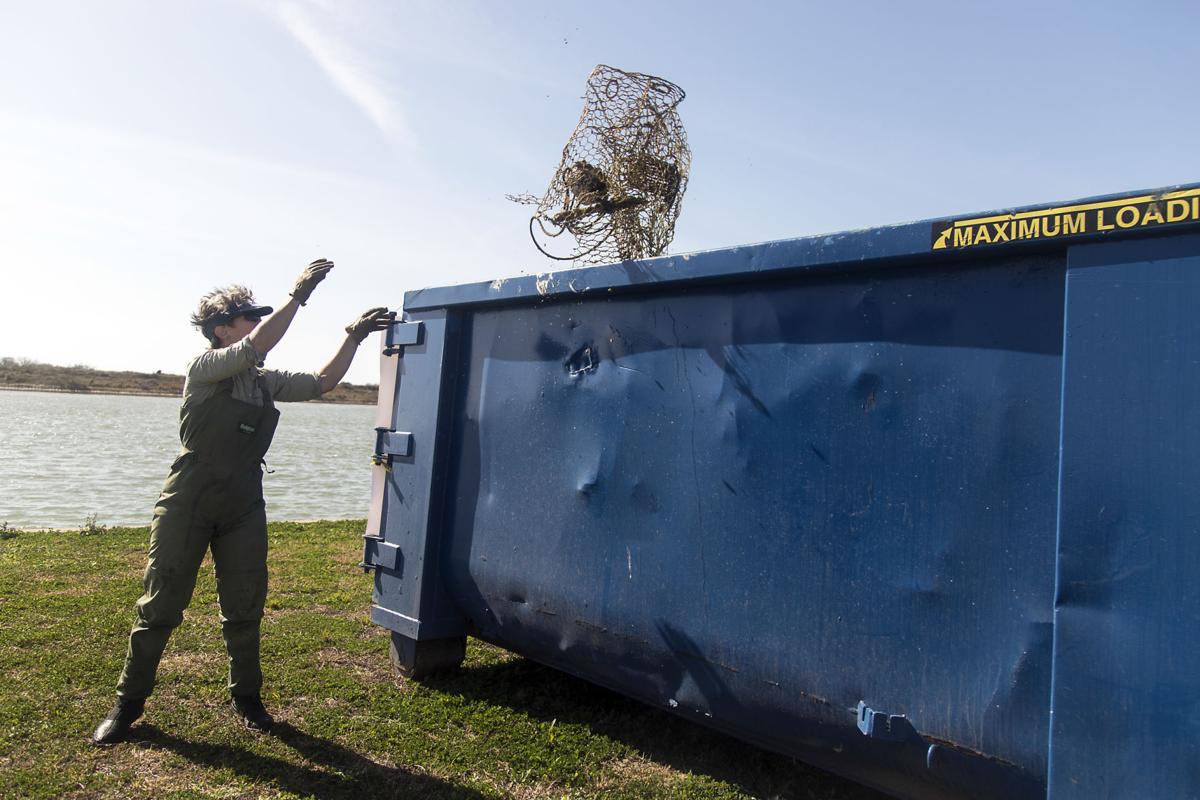 A blue crab was found in one of the crab traps.

Brigid Berger walks through shallow water to retrieve an abandoned crab trap to bring back onto the boat for later disposal.

With a quick grab, she took the float and pulled the rope up, along with it a barnacle-encrusted derelict crab trap.

Their goal Saturday - to remove a potential hazard to wildlife left adrift by either the tide or a forgetful crab fisher and protect some of the organisms they find within them - blue crab, stone crab and assorted fish.

"I'm a conservationist, and the derelict traps continue to fish," said Allan, who is the chairman of the San Antonio Bay Partnership. "Something dies in them, crabs crawl in again. They kind of self-perpetuate. So picking them up is to me important just from a wildlife perspective."

This is called "ghost fishing" by the Texas Parks and Wildlife Department and can kill many organisms. The Texas Crab Trap Removal Program began in 2002 and is estimated to have removed more than 30,000 crab traps, said Norman Boyd, a biologist at the department.

This year's crab trap removal program runs through Feb. 28. The program started Friday. Any crab traps come across in Texas coastal waters will be removed.

The Bergers, who both are master naturalists, were joined by friend and Palacios world geography teacher Natalie Hansen. The three of them collected five crab traps - two of which had been laid that morning - in their three hours in the water.

One of the traps even had fresh bait in it, and the tag attached to the floater indicated that it had been laid earlier that morning, in violation of the temporary crab trap closure. Brigid Berger held up a male blue crab found in the trap.

When the Bergers and Hansen dropped off the traps at dumpsters at the Coastal Fisheries Field Office, they were greeted by Boyd, who decided to spare the pair of brand new traps and try to get them back to the owner.

"I'm not gonna put these in the dumpster," Boyd said of the pair of new traps that were brought in. "If he hollers, I'll give them back to him, these are really nice traps. . It's illegal but maybe I'll cut him some slack."

The crab trap program is part of work that Boyd has put 30 years of his life into, protecting the natural world around him.

"I want to see the natural environment stay like it is," he said. "I want my kids to be able to walk out and see the same thing I saw . If we don't draw the line in the sand somewhere, it'll go away."

Abandoned crab traps found between now and Feb. 28 can be dropped off at these locations:

Between Feb. 15-24, Texas coastal waters will be closed to crabbing with wire mesh traps. Any left in the water during this time may be collec…