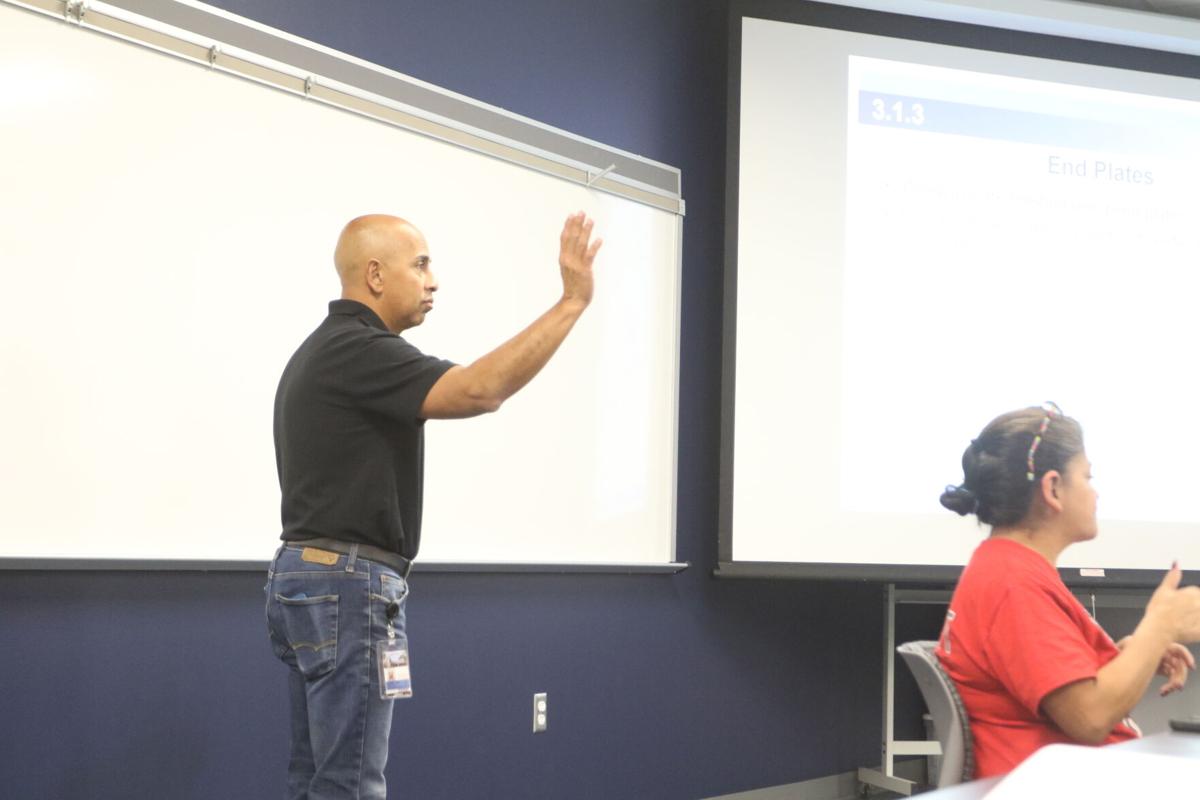 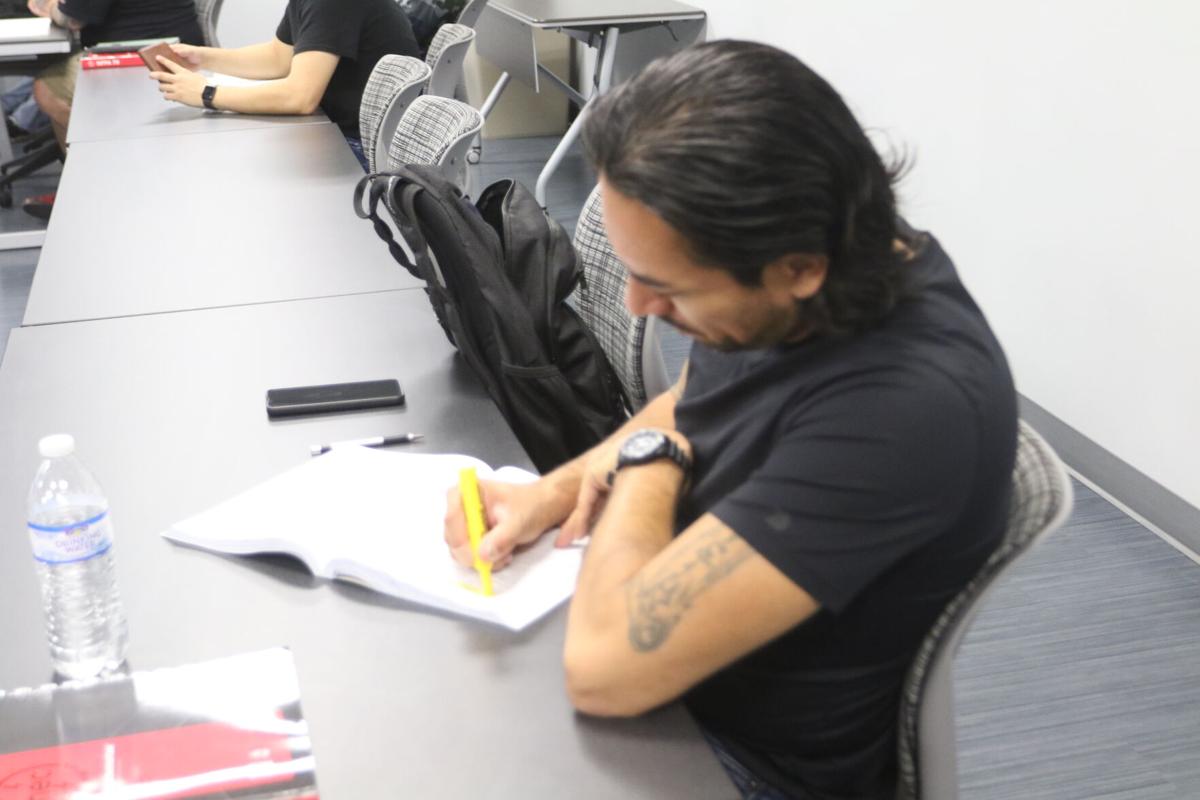 Victor Garcia, 40, highlights an important note in his book during an electrical lecture at Victoria College’s Emerging Technology Complex. 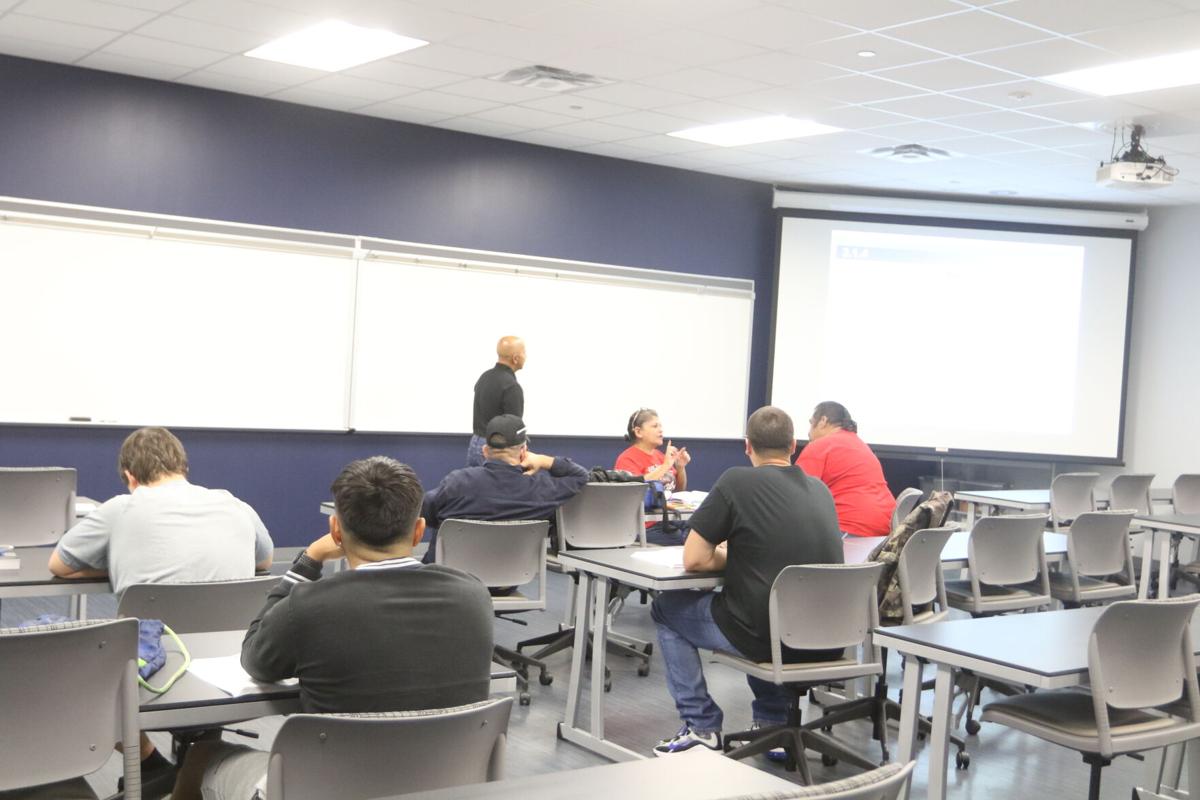 Victor Garcia, 40, highlights an important note in his book during an electrical lecture at Victoria College’s Emerging Technology Complex.

A shortage in skilled labor in the United States was widely known by the turn of the century, said Jim Matson, an electrical instructor with Victoria College.

Funding in public education for skilled trades began to improve by the mid 2010s, he said, but it took something disastrous for people to really take notice of the problem.

Hurricane Harvey ripped through Texas, and what was discovered in the aftermath was that there was not enough skilled labor to buckle down and pick up the pieces of a state that had been transformed into a wasteland.

Like many skilled trades, electricians are facing a crisis in labor resources, though shifting attitudes and education opportunities are attempting to turn the tide.

In the 1990s and 2000s, attitudes toward post-secondary school education trended away from skilled trades like electricians, creating a shortage of new, young electricians entering the industry, said Dwayne Maly, VC’s director of industrial programs. In the past decade, those within the electrician industry and education institutes have attempted to remedy this issue by providing and recruiting for education opportunities for youths seeking to enter the industry.

There is a huge gap to fill between electricians that are approaching retirement and those that are entering the industry to replace them, Maly said.

“The silver tsunami that we’re looking at, as far as those grey-haired individuals exiting the workforce and retiring, it’s leaving voids,” said John Martin, training director for South Texas Electrical Joint Apprenticeship and Training Committee. “But those voids create opportunity.”

Only 11.7% of electricians are aged 16-24 while 20.4% are aged 55 and up and approaching retirement, according to the Bureau of Labor Statistics.

One thing to blame the industry void on is less focus placed on skilled trade education, Martin said.

To fill that void, VC is recruiting students of all ages, Maly said. Representatives from VC travel to schools throughout the Crossroads to educate youths on skilled trade opportunities available to them.

“We’ll go do career fairs anywhere from elementary to high school,” he said.

They also invite high schools to bring their students to VC’s industrial training center to expose students to the opportunities they can provide.

“If they’ve never seen it, then they don’t know what it is,” Maly said. “They may like it. They may not. They may want to do nursing instead, but they get a feel for it anyway and see what’s out there.”

An advanced version of school visits they put on is called an education to employment summit, where the college invites schools and workers from the industry to speak with students in an effort to spur on interest in career paths like electrician, Maly said.

“There are so many opportunities or roles for individuals to pursue within the industry,” Martin said. “It’s showing the full menu.”

Training students in high school is an advantage in attracting them to the trade because the courses are free to the student and can help them discover an interest in electrical work, Maly said.

Reaching people at a young age is especially important because the time involved with advancing in an electrical trade is huge.

Many students take courses to earn certifications as they work through their apprenticeship, Matson said.

“A reason they’re taking these courses is their employer recognizes the value of them completing these classes,” Matson said.

In the past, prospective electricians had to choice between college or an apprenticeship, but that has changed in recent years, Martin said.

“We can do this simultaneously,” he said. “Take small bites of the academic apple in concert with apprenticeship.”

Electricians by the numbers in the U.S.

Are you worried about the power going out during the cold weather this week?