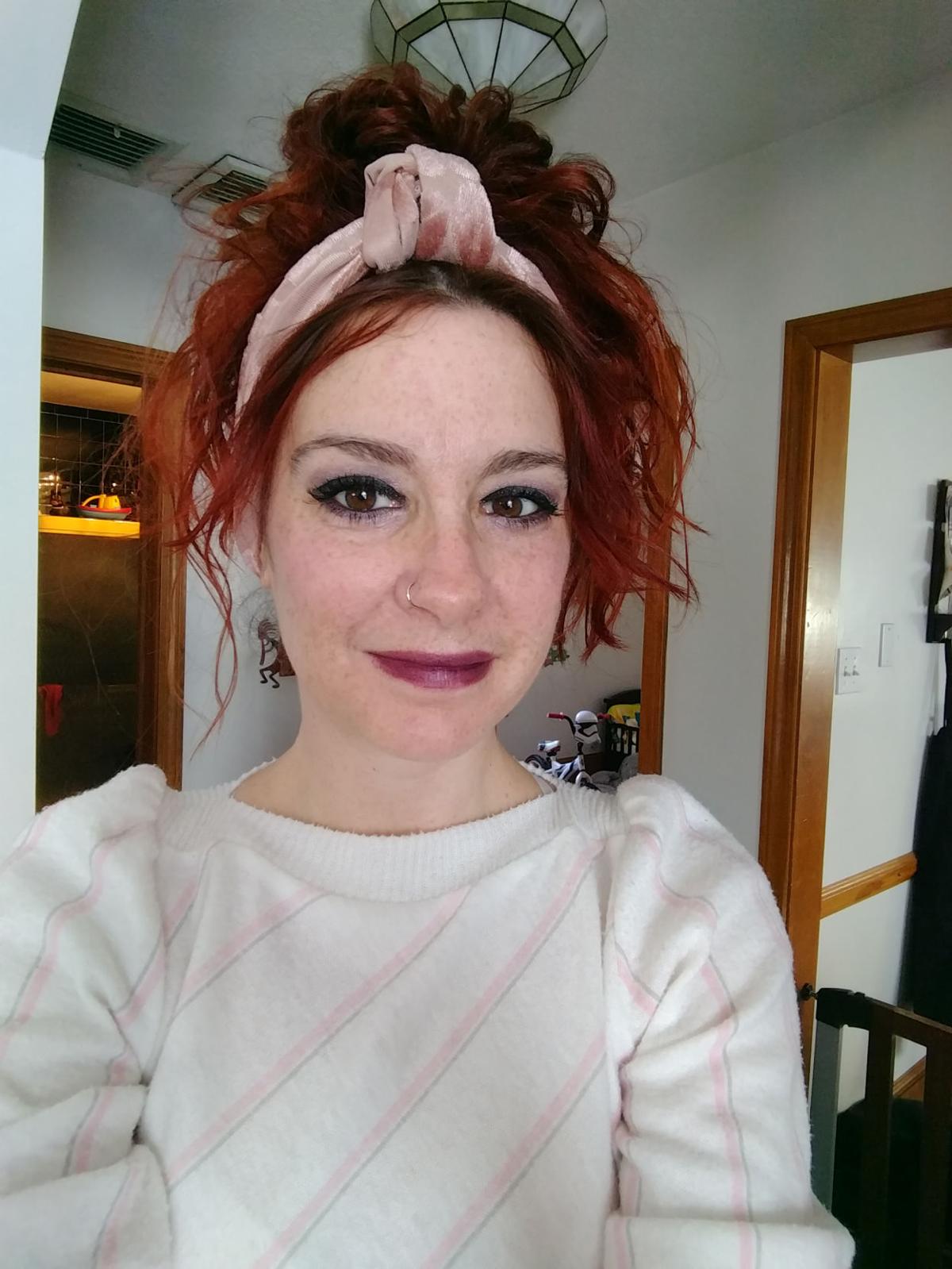 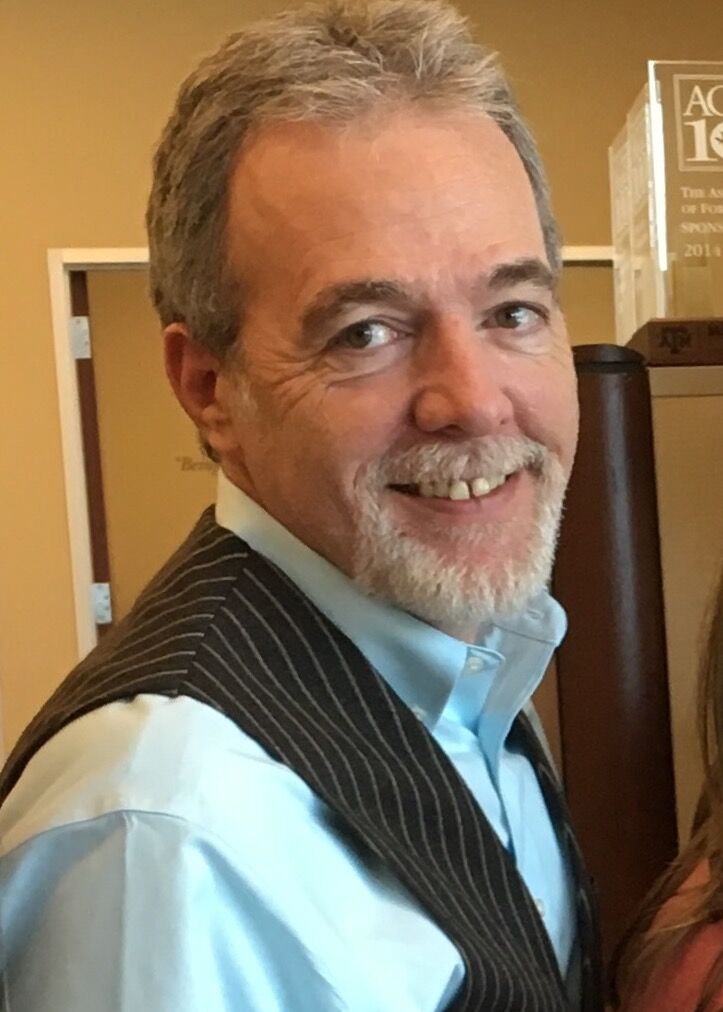 Vince Reedy, 87, started working at the Victoria Advocate as a sports writer in 1952, and he stayed for 47 years. When he retired in 1999, he was associate editor with a staff of 12 to 15 employees, including photographers.

Early in his career, the building at 311 E. Constitution St. was only one story. The reporters typed on manual typewriters, often pecking with just a couple of fingers, and everything was done on paper.

Eventually, a second level was added to the building, and the employees got electric typewriters, which they thought were “high tech.” Later, a huge backroom computer system to which each computer was hardwired came along.

The dramatic stories that stand out in Reedy’s long memory include Hurricane Carla, the collapse of the Denver Hotel, and the burning of the El Rancho Theater.

“Hurricane Carla was an eye-opener for all of us — even the old pros had not been through one like that,” Reedy said. “I couldn’t believe the devastation it caused, but things were different back then. The population was not as great. Recovery — electricity, water and repairs — happened a lot quicker.”

Marsha Moulder, 64, worked at the Victoria Advocate from April 1981 to September 2006. When she started, Linda Harsdorff Lees was the only woman working in the newsroom. Moulder started, and Becky Cooper soon followed. Lees was the only reporter who worked the day shift at that time. All the other reporters worked the night shift. Over time, that scenario reversed with just one reporter working the night shift and the others working during the day.

The copy desk was manned predominantly by men for quite a while, she said.

At first, Moulder sat between two smokers in the newsroom, but the smoke in the stereotypical hazy newsroom eventually cleared with new attitudes and laws about smoking.

Moulder started as a general assignment reporter, so in the first decade of her career, she covered meetings constantly. She also was the agriculture reporter responsible for the Sunday ag page, which included typing up the Livestock Market reports that were faxed to her.

After about 10 years, she presented the newspaper leadership with a proposition. She suggested the paper publish an agriculture tabloid, “South Texas Farm and Ranch News,” every other week, which would alternate with the Sunday page. They thought it was a good idea, and the tabloid became a labor of love for Moulder, who not only wrote the stories but also shot the photographs. Moulder earned her degree in ag journalism, so the fit was natural.

“I loved doing the ag page, and that’s why I stayed as long as I did,” Moulder said. “I spent 99% of my time on agriculture. If I had been a general assignment reporter, I would not have stayed so long.Life just takes over. You get up and go to work, and the next thing you know, a lot of time has gone by.”

One memory that came to mind about her time with the Advocate is when Burt Reynolds sent her a dozen roses after an interview. Moulder interviewed Reynolds when he was in the area filming “The Best Little Whorehouse in Texas.”

“I met a lot of neat people going out and doing interviews, people I would have not met had I not been a reporter at the Advocate,” Moulder said.

Aprill Brandon, 39, worked in the newsroom from 2006 to 2011, and her humor column, “Life Happens,” published for many years after she left.

In an email, Brandon described the newsroom environment as stressful and loud.

“It was constant and unrelenting. But there was a lot of laughter and dark humor, too, and oh so many bad puns, all of which was used as a kind of pressure valve,” Brandon said. “And because of that there was a lot of bonding. I met some of my best friends there, all of whom I’m still in contact with even though many of us have scattered to the four winds over the years.”

When Brandon arrived, she was the new kid, but by the time she left, she was the inappropriate grandma, she said.

“One, because journalism ages you and two, the newsroom got more diverse and younger, which was great,” Brandon said. “Wildly talented journalists from all walks of life.”

“Humans are messy and complicated and our systems are flawed,” she said. “Journalists are the ones who dive in and try to wrestle some sense out of the never-ending chaos. The pay tends to be low, the work grueling, the emotional toll significant sometimes. And yet, they keep doing it. Because it’s important. Plus sometimes there’s pizza.”

Scot Walker, 53, worked from about 1993 until 2007, though he left for a different job for a couple of years during that time. He started as news editor but was promoted to assistant managing editor and then editor.

The biggest change during his tenure was the digital revolution. The internet came along and all newspapers had to figure out how to operate in a completely new environment, he said.

“The ways in which news and information were produced, distributed and consumed changed drastically in a very short period of time,” Walker said. “It was an interesting time. Readers' expectations changed. They operated for years in an environment where they received the news once a day, and overnight, they wanted to receive the news 24 hours per day available immediately on the website. It was a hard pivot to make.”

The print publication did not go away, so the digital version was added on top of what already had to be produced. There was no rulebook, and newspapers across the country were engaging in a lot of trial and error. The new product required different skill sets and talents.

“We were fortunate to have local ownership. The Roberts family was committed to do its best to serve the community, not just make a buck,” Walker said. “They wanted to do right by the residents, and that made a difference in the quality of the product that the readers received.”

Referring to the importance of journalism, Walker said he cannot imagine how a community of any size can function and thrive without a source of good information. Leaders need information, and people need information about the leaders.

“As a resident, you don't have time to attend every meeting. You need a proxy to do that work for you — to inform you as a citizen,” Walker said.

“You need a strong, ideally, locally-owned and civic-minded source of news and information, and Victoria and the surrounding counties are blessed to have had local ownership by the Roberts and McHaney families,” Walker said. “I’m proud to have been a part of it for the time I was there.”