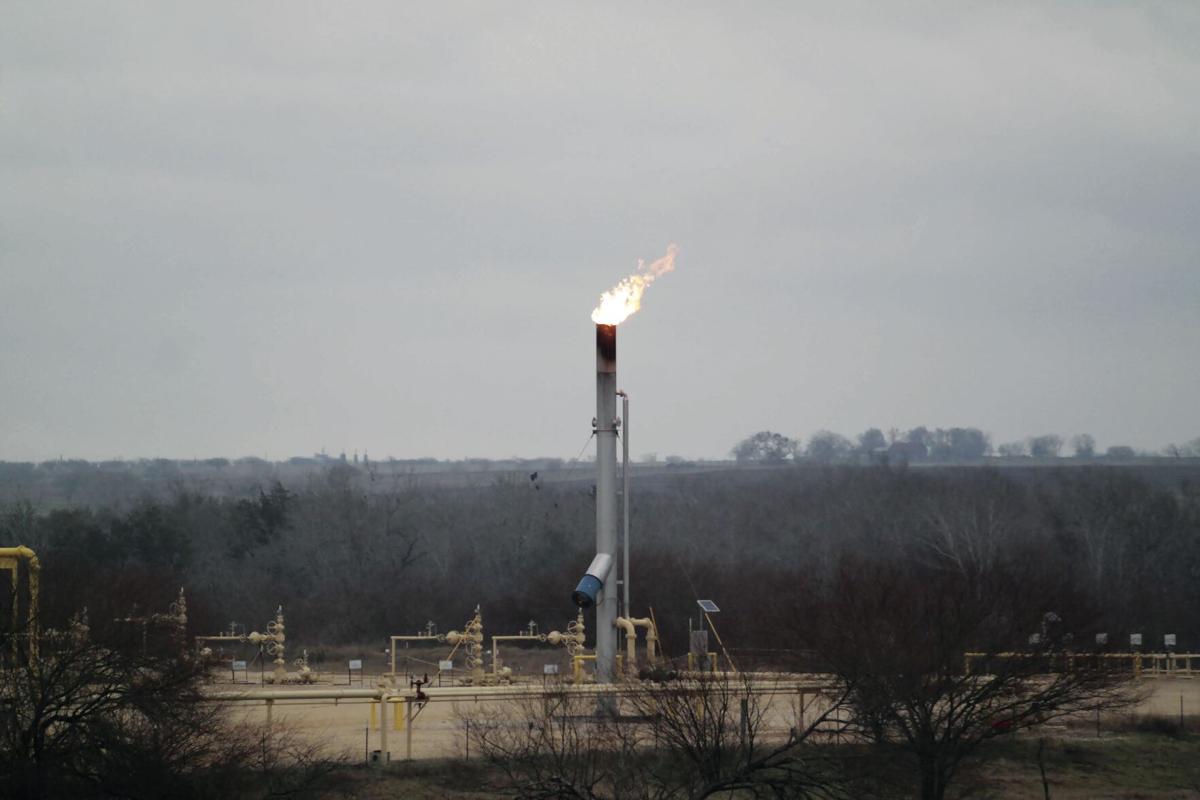 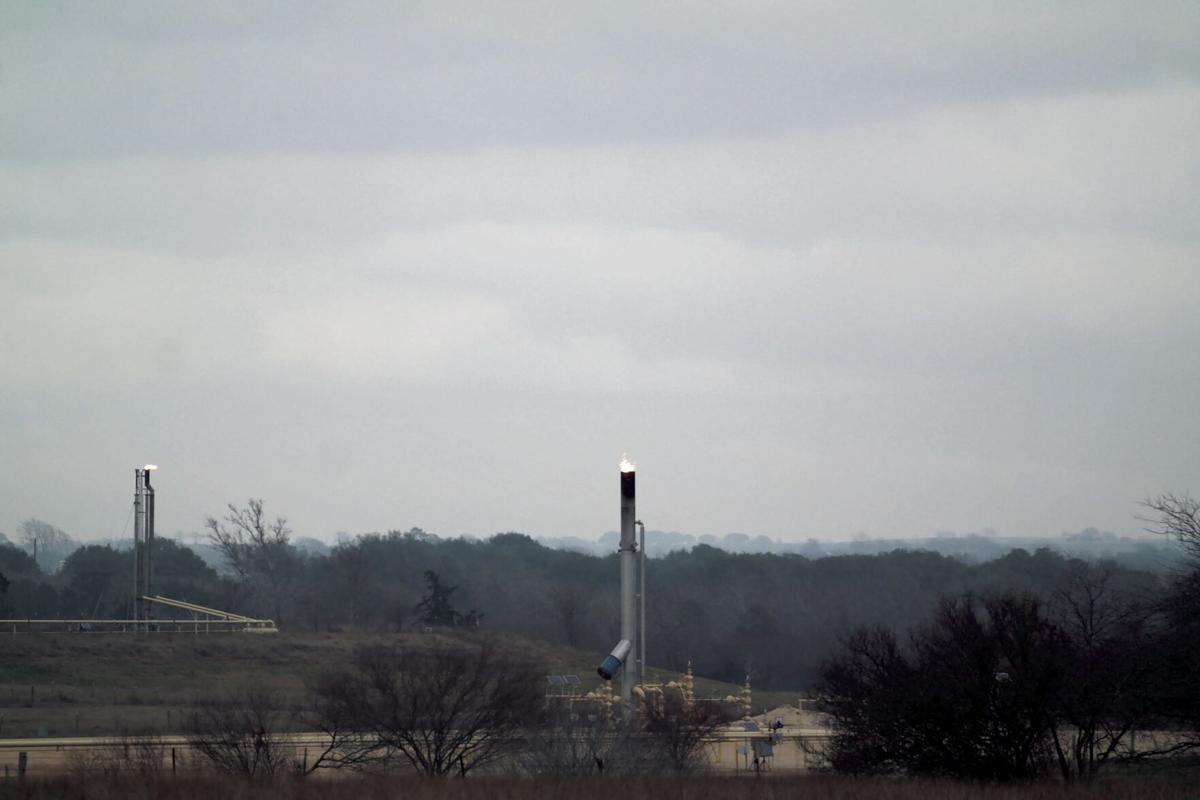 Higher efficiency and less harmful standards could be coming to gas fields in Texas with an industry goal to end one type of flaring by 2030.

Flaring is a process in which excess natural gas produced with oil is burned off at the well, rather than released into the atmosphere, according to the Texas Railroad Commission, one of Texas’ state agencies that is tasked to regulate the oil and gas industry. It is also used to release pressure build-up in wells and oilfield equipment, such as flaring used after the February winter storm when well operators brought wells online.

“Today, the world is focused on a lower emissions future,” said Todd Stables, president of Texas Oil & Gas Association. Carbon capture use and storage technologies will enable the industry to have dependable and reliable oil and gas energy sources, he said.

In Texas, the percentage of all natural gas produced that is flared has decreased recently, according to the state’s oil and gas state regulator. But even as strides are taken to end routine flaring, other causes for the practice are still considered “absolutely essential” by some industry representatives.

The Texas Methane & Flaring Coalition, made up of oil and gas associations as well as more than 40 Texas oil and gas businesses, released the 2030 goal Feb. 10, stating in a release it “supports industry’s continued progress to end routine flaring and shares a goal of ending this practice by 2030.”

As new technology comes to transportation, exploration and production sectors of the industry, industry officials said the capture of gas that would otherwise be released and wasted improves, which also improves the amount of gas from a well that can be sold.

While routine flaring is not a term used by the Railroad Commission, spokesperson Andrew Keese said, the Texas Methane & Flaring Coalition stated it “considers routine flaring to be flaring of natural gas from new and existing wells (or) facilities during normal production operations when gas gathering, processing or infrastructure are insufficient or unavailable,” in its 2030 goal announcement.

Natural gas in some lines and production equipment during restarts might not be usable or sellable because of oxygen levels or additional impurities in the natural gas that could cause catastrophic disruptions at processing facilities and midstream systems, according to the Texas Methane & Flaring Coalition.

But flaring some of those gases is essential in order to deliver gas, Staples said.

In June 2019, 2.3% of all natural gas produced in Texas was flared. That had decreased to .81% by December 2020, according to the Railroad Commission. This comes after a fracking boom when 159 billion cubic feet of gas was flared in the Eagle Ford Shale region from 2012 to 2016, or the equivalent of natural gas that could power roughly 2.5 million homes for a year, the Advocate previously reported.

Flaring in some instances is still part of the production process, whether to eliminate impurities or help release pressure buildup in wells. Additionally, the industry does not have the technology to stop methane releases — one of the gases released from wells into the atmosphere, Wilson said.

The move to reduce flaring and capture more gas comes as the industry still returns from historic production and price dips because of the pandemic and the winter storm.

Economic recovery for the oil and gas industry as well as a reduction in flaring occur simultaneously, said Stephanie Moreno, executive director of the South Texas Energy & Economic Roundtable.

Working to reach the routine flaring goal sooner, EOG Resources, a Houston-based exploration and production company, set a goal to end routine flaring by 2025, according to its fourth-quarter earnings report.

“Our approach to emissions reductions remains operationally focused, investing with returns in mind and seeking achievable and scalable results,” said Billy Helms, EOG Resources Chief Operating Officer. “We know that to be part of the long-term energy solution, we not only have to be low cost, we have to do it with one of the lowest environmental footprints.”

Moreno said producers want to be competitive, have the best technologies and be innovative.

Some of the technologies that can reduce flaring include mobile gas processing for natural gas liquids, transport, reinjection of natural gas for storage and onsite power generation systems, she said.

“Producers have every incentive to capture that gas,” Staples said.

Bills are pending in the 87th Texas Legislature, which if approved could create additional controls for emissions from oil and gas production. HB 896 would establish a quarterly inspection and maintenance program for the detection and repair of leaks. HB 897 would task the Texas Commission on Environmental Quality with preparing a report that addresses concerns regarding the additional emission controls, the Advocate previously reported.

Following the legislature’s deadline for the unrestricted filing of bills and joint resolutions on Friday, businesses, industry associations and activists work to address the practice that misses out on energy production opportunities and releases or burns gases into the atmosphere.

Methane will continue to be released into the atmosphere if drilling permits are issued, Wilson said.

Over a 20-year period, methane has a warming potential 84 times more potent than carbon dioxide, according to an Intergovernmental Panel on Climate Change study,

“As long as we continue to issue new permits and oil and gas continues to expand, methane is only going to go higher in our atmosphere,” Wilson said.

Lawmakers filed dozens of bills ahead of the 87th Texas Legislature that could impact the state’s environment, including two that seek to crea…