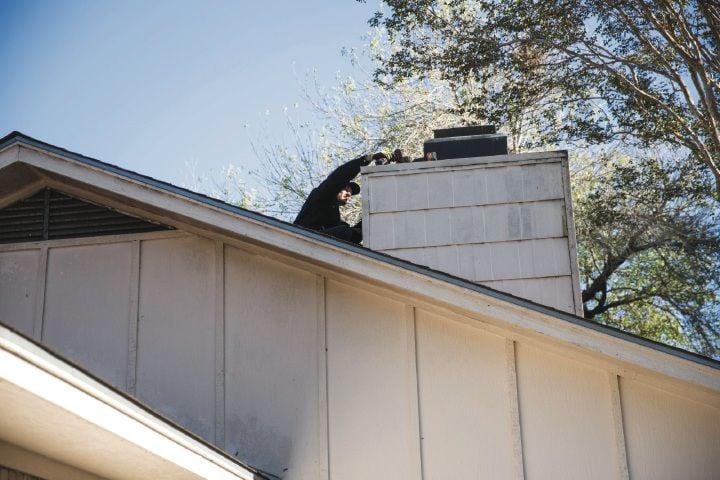 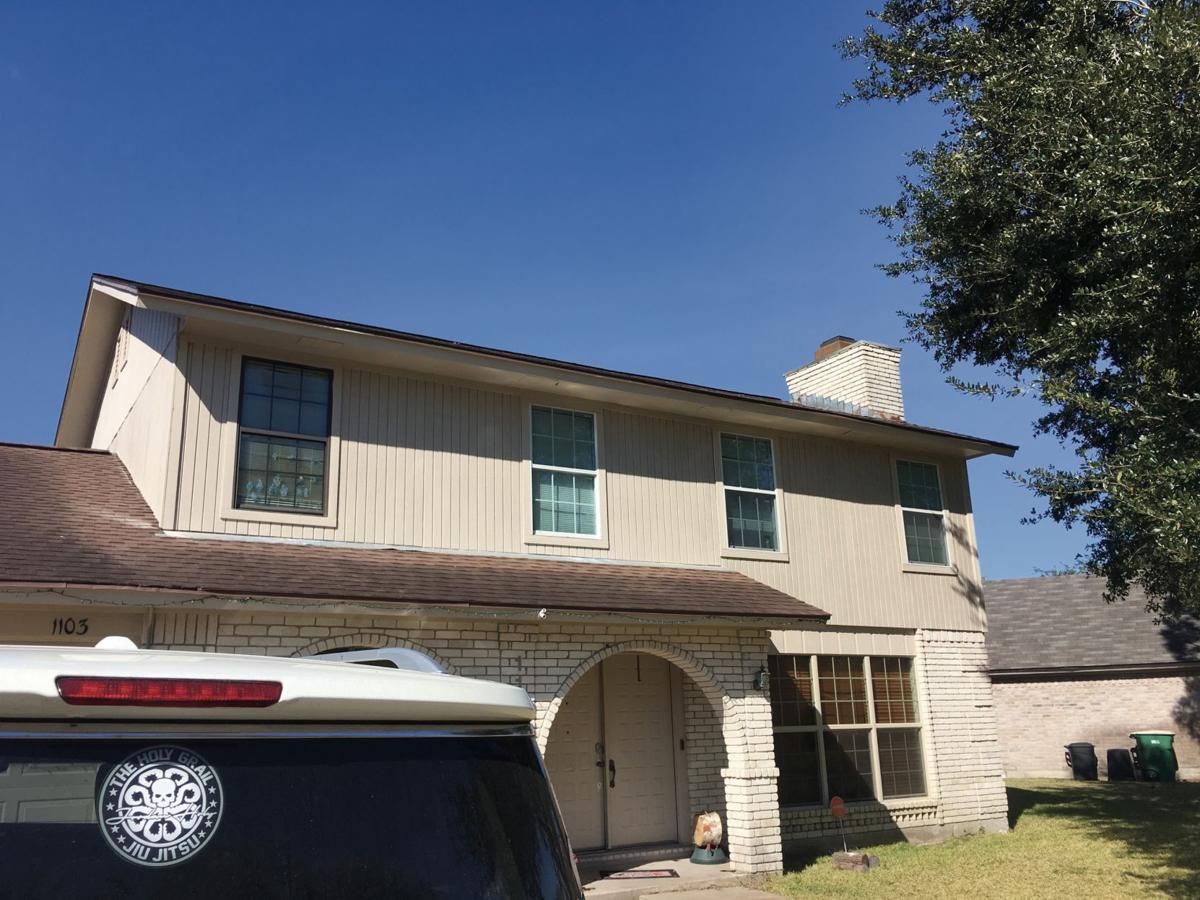 The family living at this Westwood Street home were surprised by flames erupting from their chimney on New Year's Day. 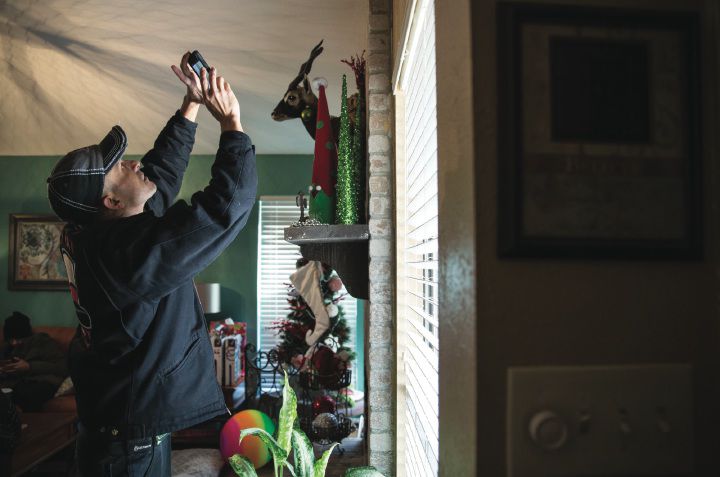 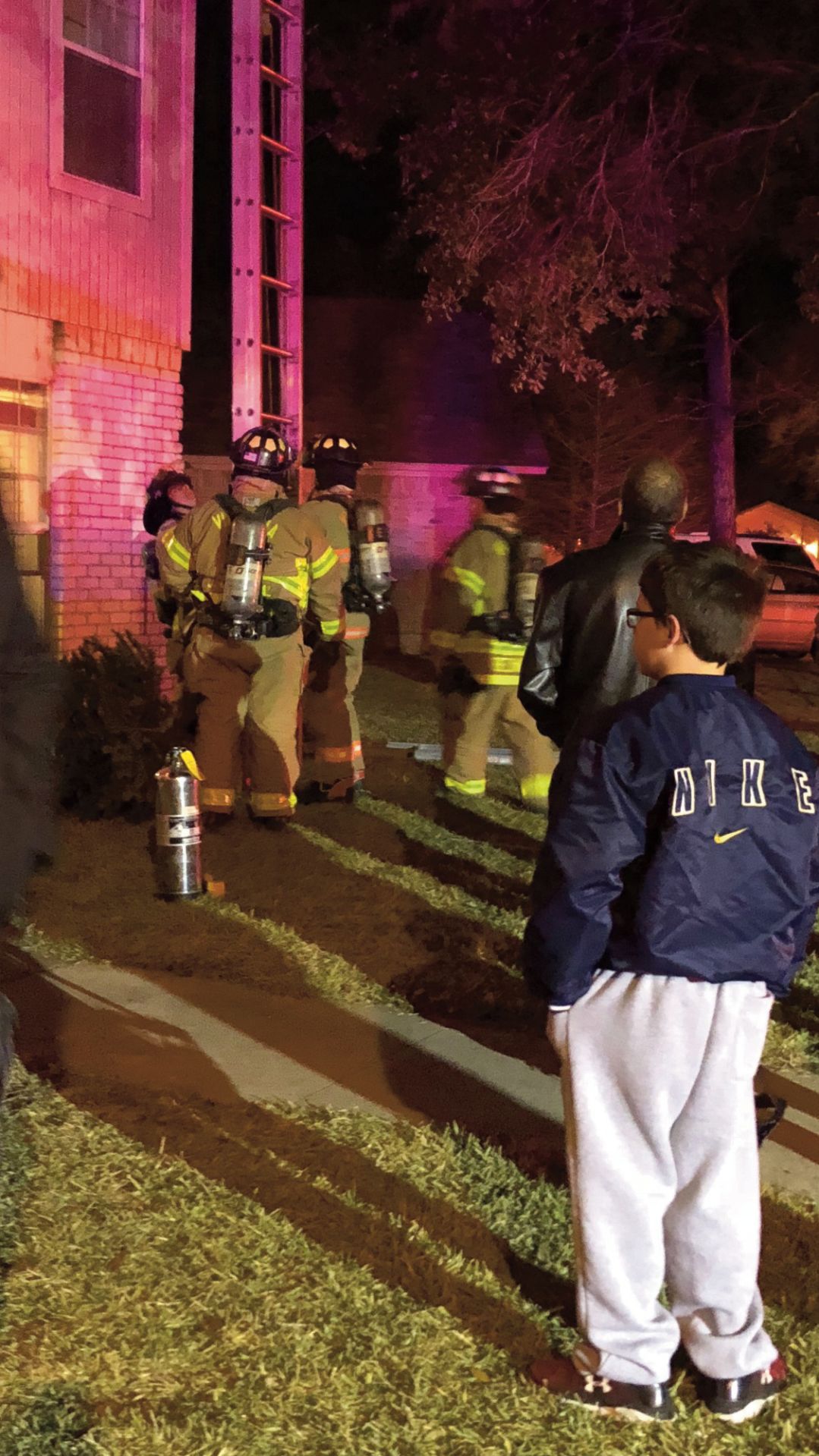 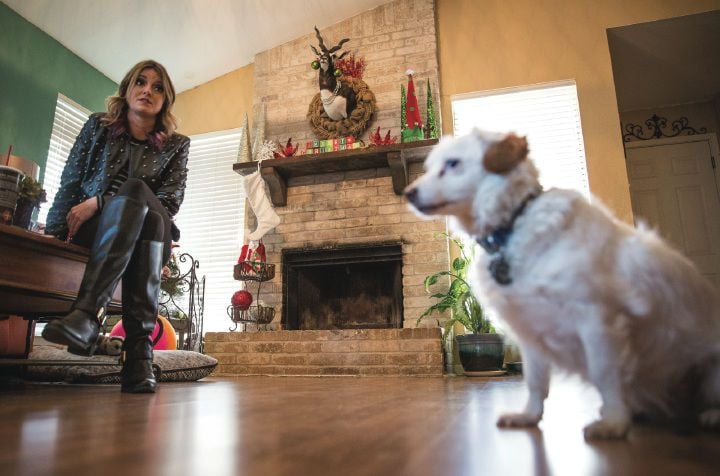 Victoria homeowner Kristen Turek, 29, explains how her chimney was damaged during Hurricane Harvey.

The family living at this Westwood Street home were surprised by flames erupting from their chimney on New Year's Day.

Victoria homeowner Kristen Turek, 29, explains how her chimney was damaged during Hurricane Harvey.

Like every good mother-in-law, Angeline Spears, 54, couldn't help but lay some good advice on her son-in-law.

Soon after she and her family moved into their Victoria home more than five years ago, Spears recommended they hire a chimney sweep. But no one listened.

On Jan. 1, she was unfortunately vindicated when her grandchildren spied flames shooting from the chimney of their home in the 1100 block of Westwood Street after the family kindled an inaugural fire in their fireplace.

"We know it could have been a lot worse," Spears said.

Although family members extinguished the blaze before the arrival of at least five fire engines, police and emergency medical technicians, Spears said she now understands that dirty chimneys can be dangerous.

Likely blown in by Hurricane Harvey, the leaves, twigs and other debris that collected in their chimney could have made dire results for the 14 people staying at the home on the night of the fire, the mother-in-law and grandmother said.

Now with Harvey behind the Crossroads and possibly many cold weeks ahead, residents uneducated in proper chimney upkeep may find themselves with dangerous chimney fires like that faced by Spears.

"If the chimney has not been used, my suggestion would be to make sure the chimney sweep comes to check it out," Spears said.

Harvey's winds likely deposited debris in many Crossroads chimneys, making dangerous fire hazards, and caused equally hazardous structural damage, he said. Normal chimney use can cause combustible charcoal to accumulate along the flue.

In early January, he paid a visit to a Victoria home at the behest of public insurance adjuster James Matysek where he discovered significant damage.

Because of damage from Harvey, much of the home's chimney cap and chase, or exterior structure that houses the fireplace and flue, would need to be rebuilt.

Although the cost for parts and labor totaled more than $7,600, Turek wasn't worried.

Because Matysek had hired Pore to examine the chimney as part of the adjuster's damage assessment process, the bill for inspection and replacement would be footed by Turek's insurance company.

Public adjusters, unlike the independent adjusters who answer to insurance companies, take their earnings from a portion of settlements received by policyholders.

"I feel like it's definitely worth it because he's only going to take from what he gets you," Turek said.

Like Turek's chimney, her home also contained significant but hidden damage, including hairline cracks in her ceiling, mold inside her walls and water damage in the attic, Matysek said.

Turek said she is negotiating a better settlement for that damage from her insurance company with Matysek's help.

Leaving such damage not repaired can result not only in a burning chimney but also unforeseen costs, the adjuster said.

Policyholders lose all right to challenge their insurance companies for maladjusted claims after two years and a day from the day of the damage, he said.

Then, the only option is to stomach the costs, he said.

"We haven't had a hard winter in two years," Matysek said. "Have people been maintaining their fireplaces?"

• Push the wood to the back of the fireplace for best warmth and smoke circulation.

• Before burning wood, warm the chimney flue by burning a small amount of paper or other kindling to prevent structural damage. Once the chimney begins to suck up the kindling's flame and smoke, the chimney is warm enough for a proper fire.

• Open the damper or door to the flue before starting a fire. Almost all chimneys have a damper.

• Don't burn too much wood at once.