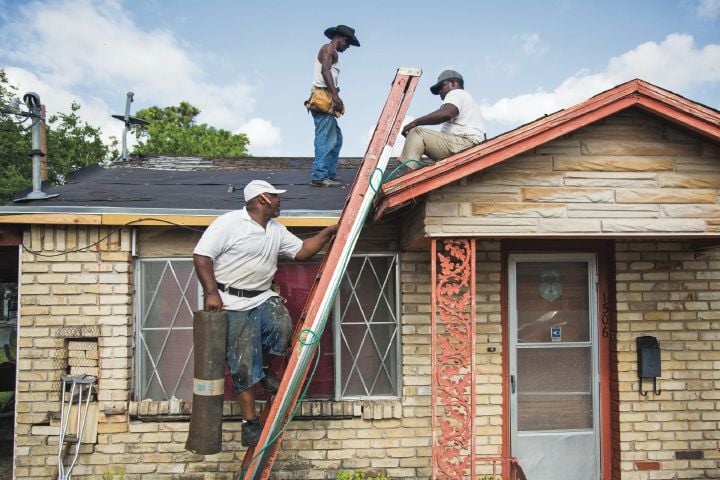 Bernard Robinson, 60, left, carries roofing supplies up to two of his workers who are helping patch up holes in roof that was damaged by Hurricane Harvey. 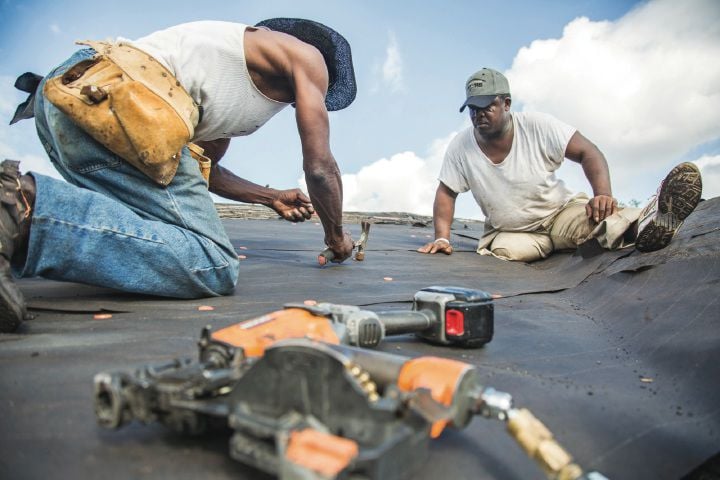 Bernard Robinson, 60, left, carries roofing supplies up to two of his workers who are helping patch up holes in roof that was damaged by Hurricane Harvey.

One only needs to look at re-roofing permits issued throughout Victoria to see that Hurricane Harvey didn't discriminate.

Since the hurricane, the city has issued 2,952 re-roofing permits or about four times the yearly average.

"Anecdotally, I've heard the south side has more damage, but that is also older housing stock, so I'm not sure it's because the storm was any worse (there)," said Julie Fulgham, the director of the city's development services department.

She said after the hurricane, the department temporarily extended its hours and pulled an employee from another department to help with the onslaught of permit requests.

That employee has now been officially transferred to Fulgham's department, which has not yet caught up with performing the required inspections of the new roofs.

Fulgham said some cities don't inspect new roofs, so roofers who don't normally work here may not have notified the city they completed their work.

"We can usually get to an inspection in 24 to 48 hours, and that time limit has definitely lengthened," she said. "Now, it's anywhere from three to five days depending on what we have going on."

Residents eager to get back to normal after Harvey sometimes cut corners that will cost them thousands, said Kelly Trevino, the regional director of the Better Business Bureau.

"We ask that people report scams even if they didn't lose money so we can get that information," Trevino said, adding the BBB works with the Texas Attorney General's Office if it notices trends. "Knowledge is power."

To avoid becoming a victim of a scam: