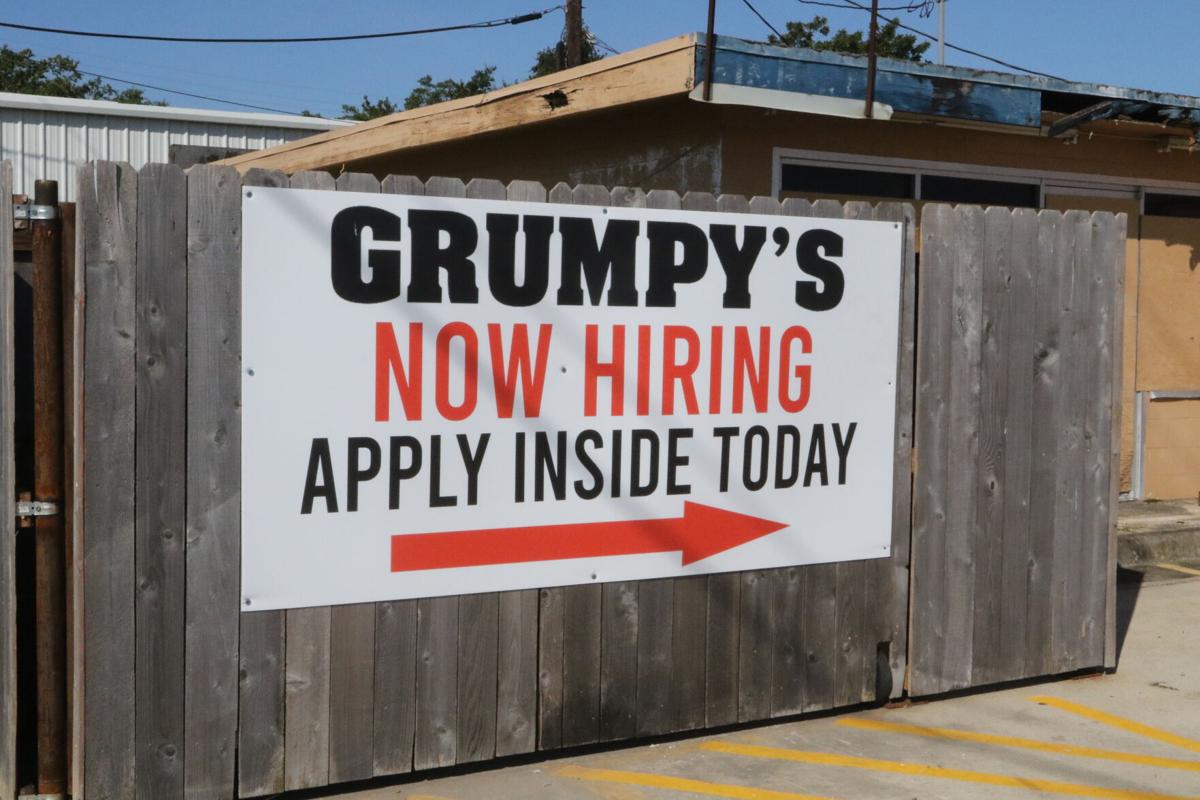 The “Now Hiring” sign has become a fixture on the fence outside of Grumpy’s Meatzzeria at 1201 Sam Houston Drive in Victoria. 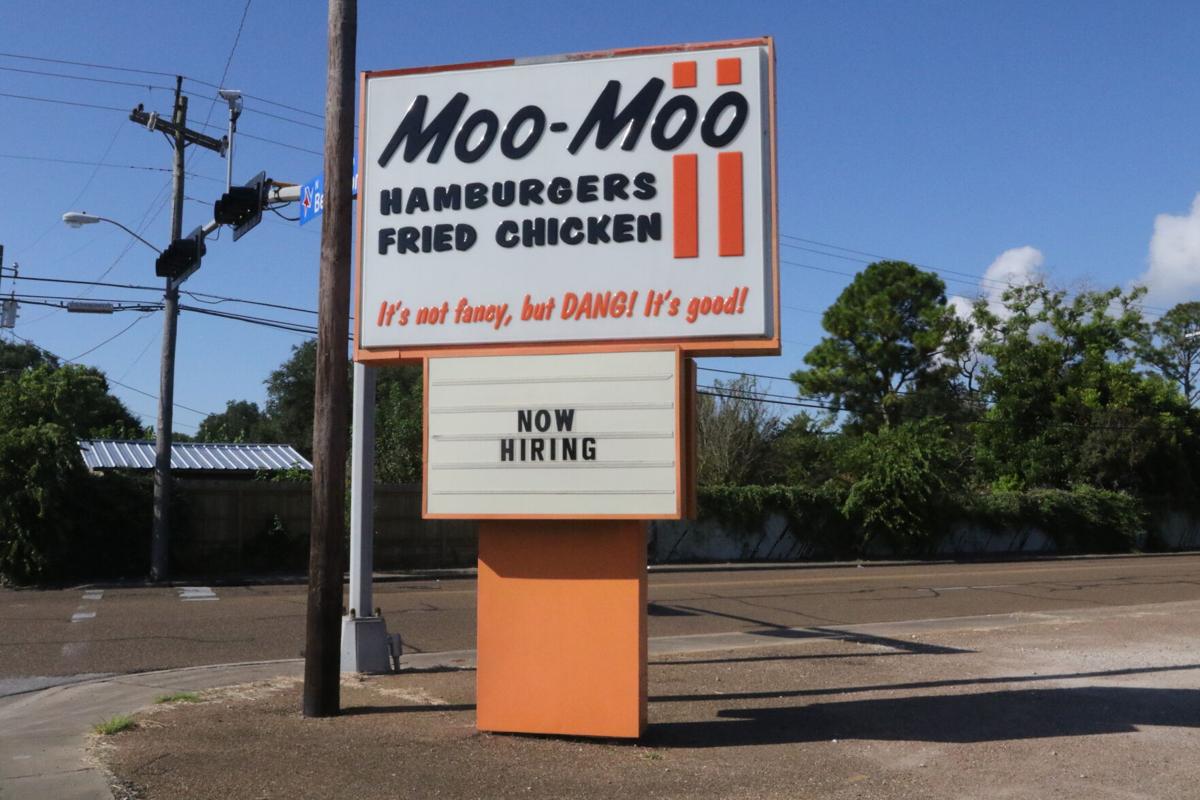 The signboard at Moo-Moo at 3701 N. Ben Wilson St. in Victoria has read “Now Hiring” for several months. 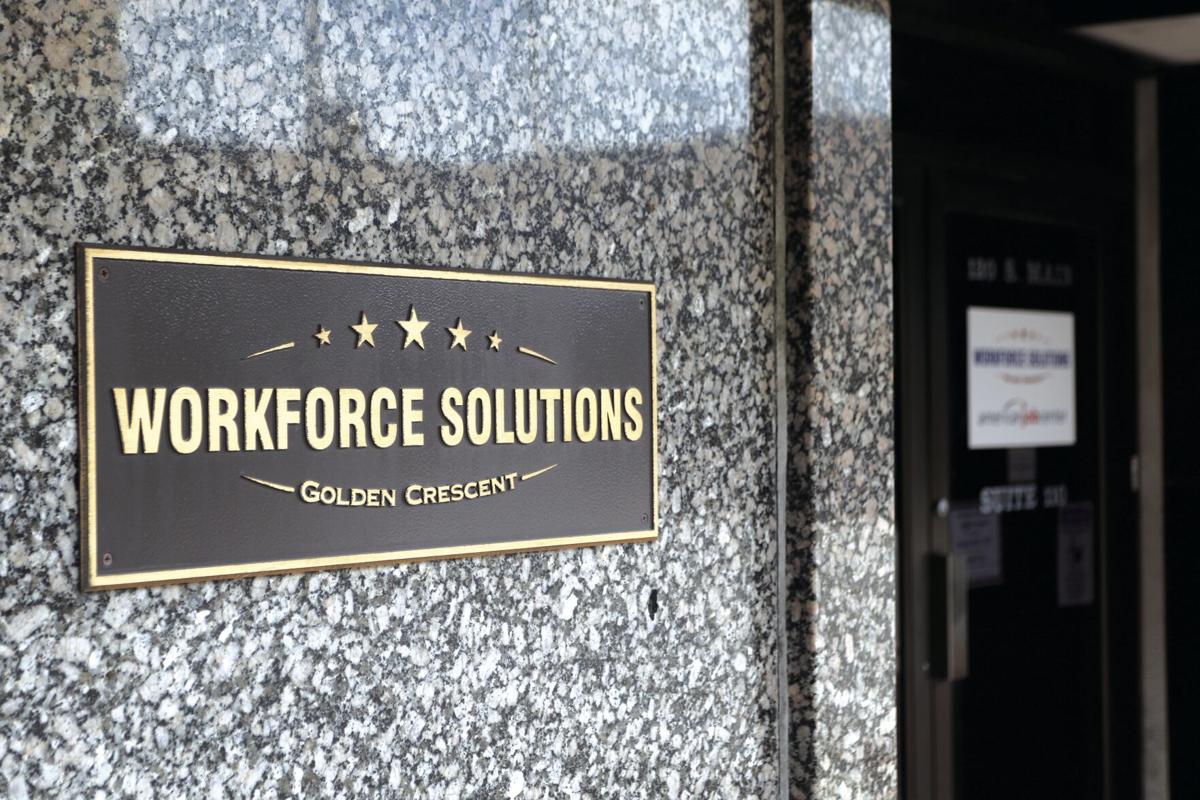 The “Now Hiring” sign has become a fixture on the fence outside of Grumpy’s Meatzzeria at 1201 Sam Houston Drive in Victoria.

The signboard at Moo-Moo at 3701 N. Ben Wilson St. in Victoria has read “Now Hiring” for several months.

The staff at Grumpy’s Meatzzeria in Victoria works hard to put food on their customers’ tables, but it isn’t easy for them.

Owner Kenneth Luker established the former food truck’s physical location in April, and filling the roster sheet with staff has been difficult. For now, the restaurant must make due with just two cooks and a single cashier — one of which is Luker — to serve up a load of gyros, burgers and cheesesteaks.

“It’s rough, we just ask everyone to be patient,” Luker said. “It’s not just us, it’s everybody that’s shorthanded.”

Unemployment rates skyrocketed during the COVID-19 pandemic. Texas’s rates are now trending down and are less than half of what they were at their height in April 2020.

Just as the COVID-19 pandemic tightened its grip on the world, the unemployment rate in Texas climbed to a staggering record-high 12.9%, according to the Bureau of Labor Statistics (BLS). That rate has steadily dropped to 6.2% as of July, though it is lagging behind the national average of 5.4%.

It may take time to physically see the lower unemployment rate in the Crossroads, Mike Milson, director of business services and planning at Golden Crescent Workforce Solutions, said.

“As we see customers, there’s usually a time lag in seeing those adjustments to the labor market,” he said. “The most obvious thing is that it’s still negatively impacting small business owners in traditionally lower wage industries.”

Small businesses are hit particularly hard because they have less capital to spread around to employee wages and rising supply costs, Milson said.

Rural areas like the Victoria metropolitan area are impacted by the rising operating costs, Milson said.

“There’s still quite a few small or rural businesses around — it’s not just the petrochemical plants,” he said. “They’ll survive like they have since the 50s, but the smaller businesses, medium-sized businesses, it hits them hard.”

Federal pandemic unemployment compensation programs played a role in the labor shortage by making it so that many people that were unemployed received more pay than they would at low-paying jobs, Milson said.

“The maximum weekly benefit is capped at $521 in the state of Texas,” he said. “You could have, on top of that, been receiving federal pandemic unemployment assistance, and that would put you at upwards of $800 a week.”

During the height of the pandemic, those benefits far outstripped what someone making entry-level pay or reliant on tips could earn, Milson said.

“The Texas economy is booming, and employers are hiring in communities throughout the state,” Abbott said in a news release. “According to the Texas Workforce Commission, the number of job openings in Texas is almost identical to the number of Texans who are receiving unemployment benefits.”

Evolving ideas of what people expect from work also are causing people to wait longer for a job that is right for them, Kwan Lee, assistant professor of management at the University of Houston-Victoria, said.

“People’s perception about work, life and health have changed,” he said. “Employers looking to attract more people should have benefits like working from home, paid time off, hybrid work and flexible working schedules, rather than just monetary incentive.”

It is too early to say if the high unemployment rates are caused by the federal incentive programs or people that are waiting for jobs with better work-life balances to return to the workforce, but both factors are working to influence it, Lee said.

There are fears of a backslide, but there is reason to remain optimistic that the unemployment rate will continue to fall, Milson said.

“We’re trending in the right direction,” he said. “It doesn’t look like it right now, but there’s more things on the horizon that we can look at and say there’s reason to be more positive than negative than there was a year ago.”

Unemployment rates in the Crossroads for July