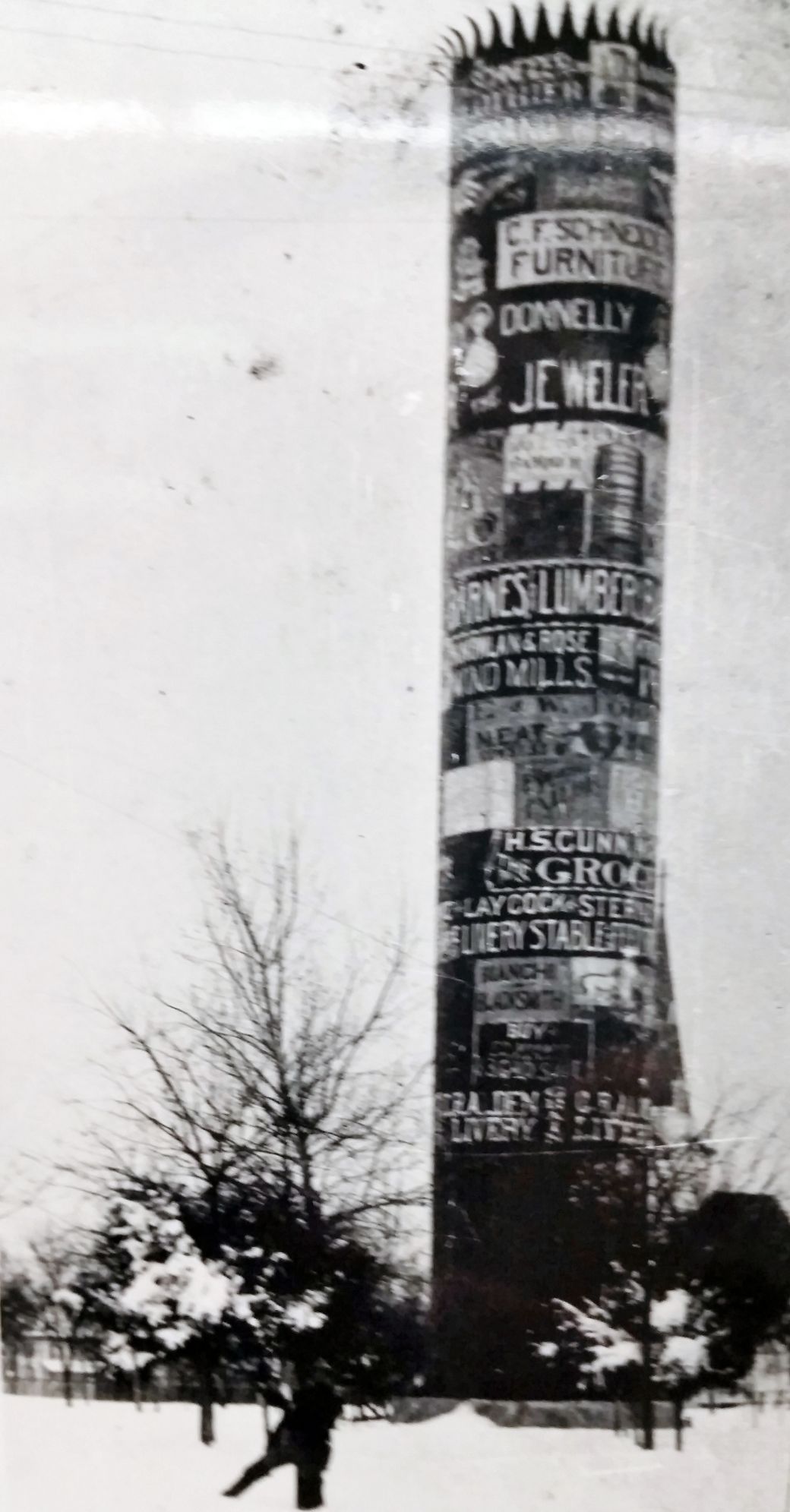 The City Standpipe, about 1890. Note the advertisements, which were stopped in 1912. 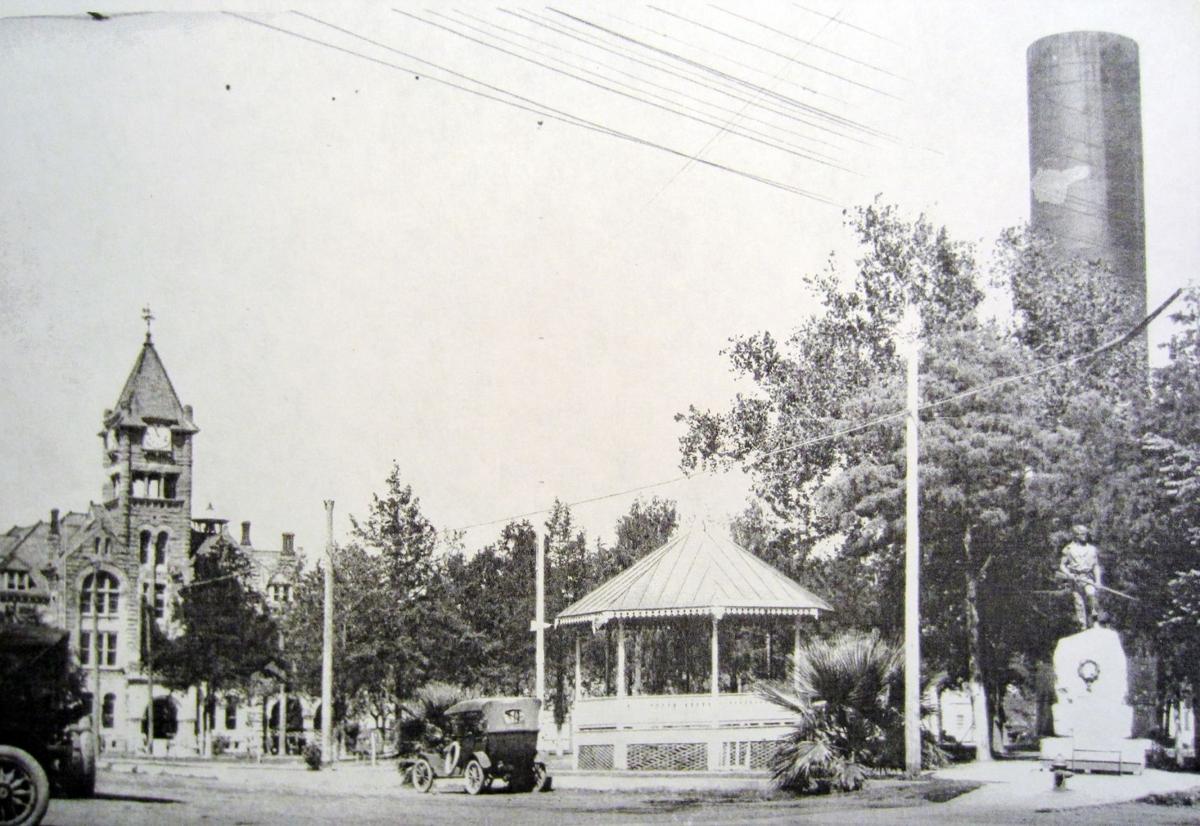 Victoria Public Square, about 1912, showing the Bandstand, Confederate Soldier Memorial, and the City Standpipe. The Public Square was renamed DeLeon Plaza in the early 1940s.

The City Standpipe, about 1890. Note the advertisements, which were stopped in 1912.

Victoria Public Square, about 1912, showing the Bandstand, Confederate Soldier Memorial, and the City Standpipe. The Public Square was renamed DeLeon Plaza in the early 1940s.

It was called "The Old Standpipe" and was erected in 1884 as an integral part of the city water system, then being installed by Mr. William Wheeler, who was later appointed superintendent of Water Works.

Water was pumped into the standpipe directly from the city pump house on the Guadalupe River, located at what is today the entrance to Riverside Park. The standpipe served to pressurize the city system and as reserve water for fighting fires.

History says the standpipe was 16 feet in diameter and 100 feet tall, holding 160,000 gallons of water. It was located in the center of what was then called the Public Square and only later called DeLeon Plaza. The concrete foundation for the standpipe exists today and is the foundation for the bandstand, relocated from the side of Constitution Street to the center of the Plaza. Early photographs show that the standpipe was covered in advertisements for local businesses, but this practice was discontinued by 1912.

Early photographs also show the top was serrated, evidently to discourage birds. However, at some later time, the top was remodeled and the serrations removed.

In the days before electronic telemetry, the gauge for the standpipe water level was a mechanical device, located in the residence of the city's water superintendent. When the level dropped, the superintendent either telephoned the pump house or went directly there and activated the pumps. The standpipe often overflowed before the pumps could be shut down.

Stories say when the standpipe overflowed in warm weather, children from all over town raced to the Public Square and played in the cascading water. Often, the river pumps sucked up small fish, frogs and snakes, which sometimes joined the overflow, providing excitement to those playing below.

It seems odd by today's standards that untreated river water was used directly in homes. However, it must be remembered that the Guadalupe River was much cleaner than it is today.

Stories are told about the river that tell us in those days, the river water clarity was such that the bottom could easily be seen through several feet of water. Even so, it is known that ladies of the town typically collected rainwater and used that for washing their hair and, no doubt, also for cooking.

The Houston firm of Layne and Bowler drilled two deep wells for the City of Victoria in 1908, which ended the era of untreated river water in the city's distribution system. The Old Standpipe continued in use until 1923, when it was dismantled. Elevated water storage tanks were constructed and provided both pressurization and firefighting reserve for the water system, which continues today.

Are you going to Kolache Fest this weekend?