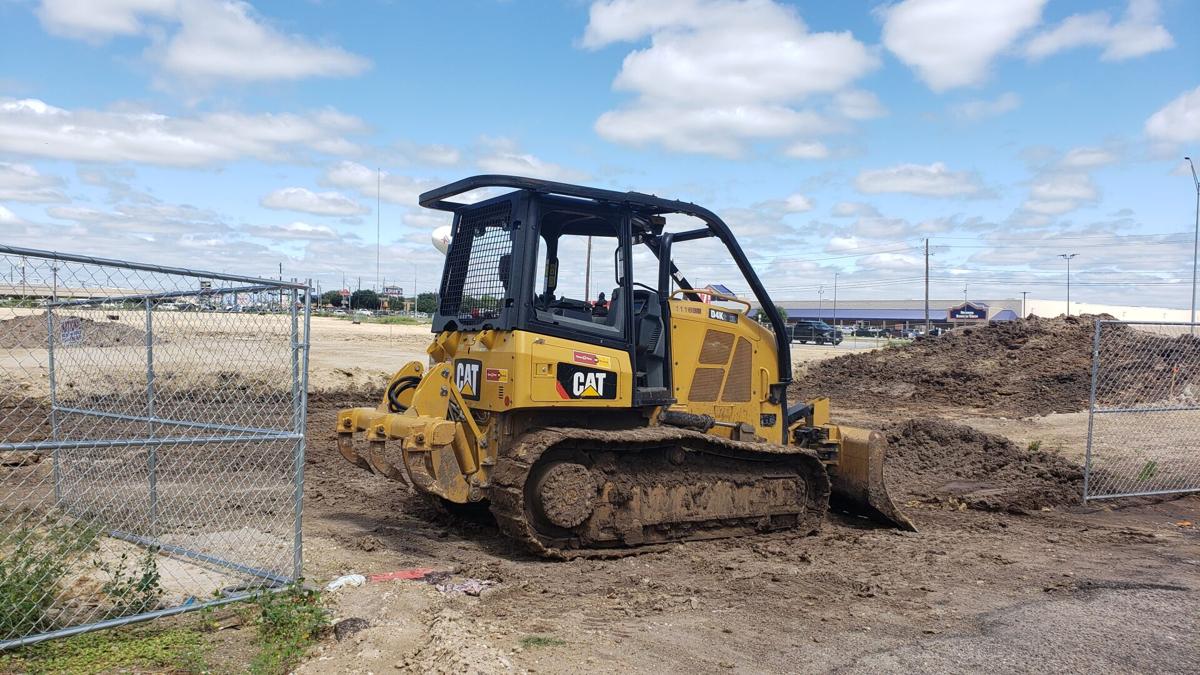 The development site at the corner of North Navarro and Primrose streets is located in a high-traffic area and clustered together with several other major retailers and restaurants. 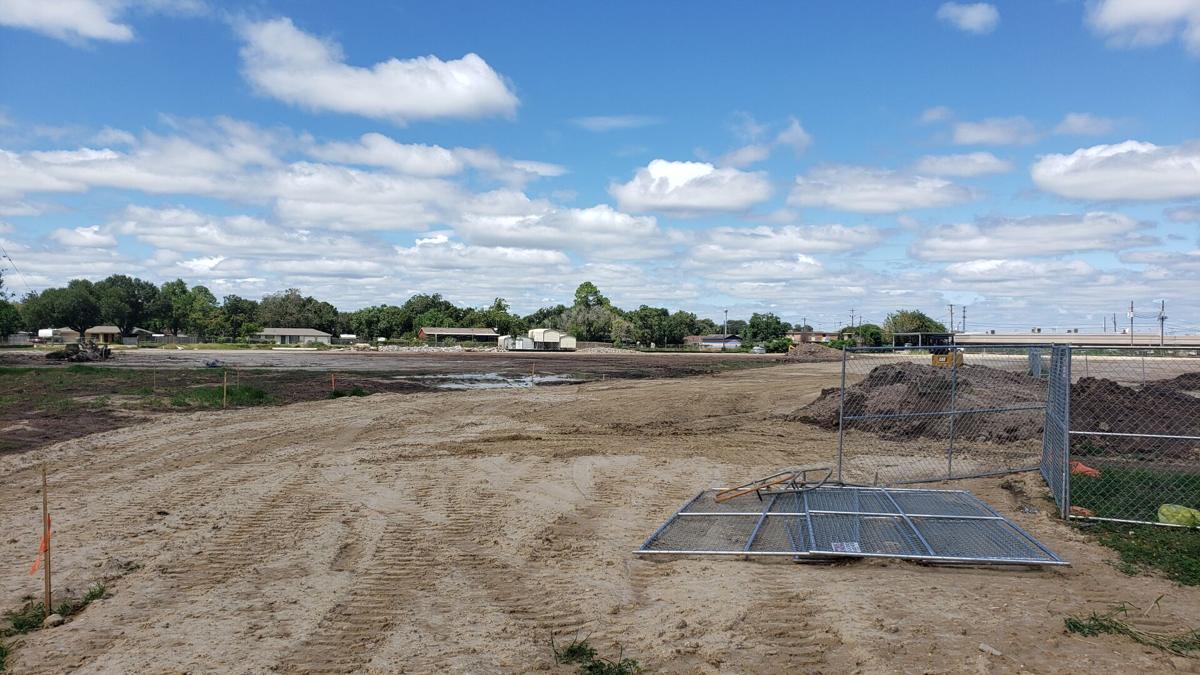 Brick-and-mortar construction has not begun at the restaurant development site at the corner of North Navarro and Primrose streets, but the old Burger King and surrounding construction have been demolished. 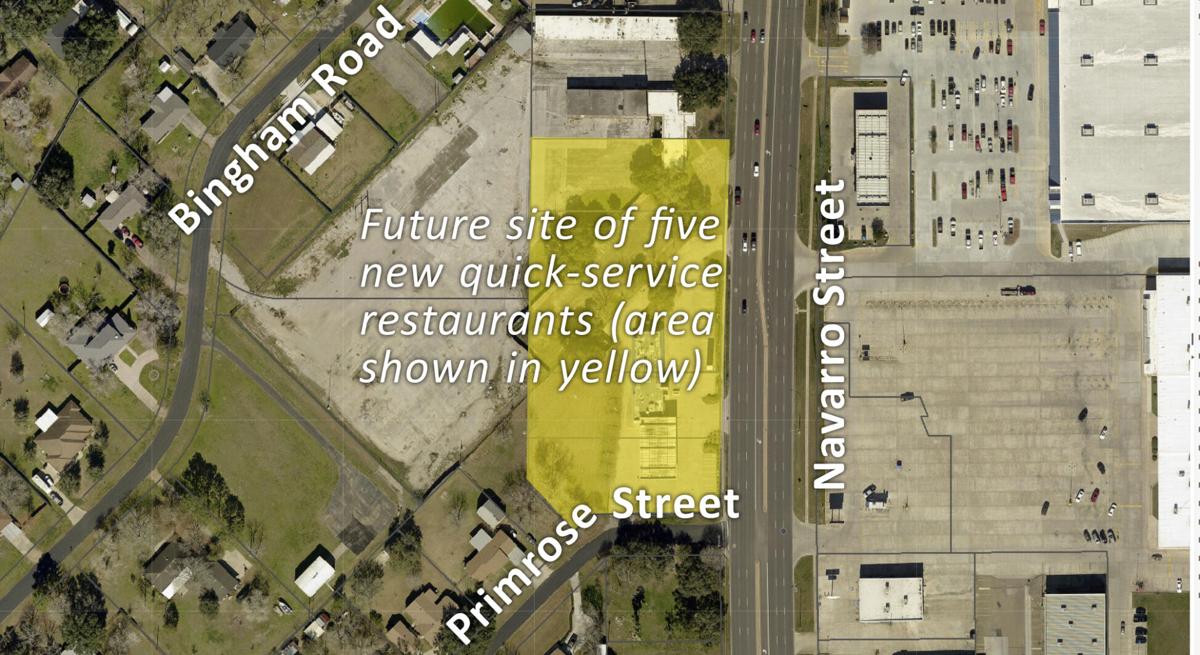 An Arby’s, Dunkin’ Donuts, McAlister’s Deli, Taco Bueno and an upgraded Burger King will be developed in the highlighted area on North Navarro Street.

The development site at the corner of North Navarro and Primrose streets is located in a high-traffic area and clustered together with several other major retailers and restaurants.

Brick-and-mortar construction has not begun at the restaurant development site at the corner of North Navarro and Primrose streets, but the old Burger King and surrounding construction have been demolished.

An Arby’s, Dunkin’ Donuts, McAlister’s Deli, Taco Bueno and an upgraded Burger King will be developed in the highlighted area on North Navarro Street.

The announcement that a new restaurant development would be coming to the corner of North Navarro and Primrose streets in Victoria was met with mixed reactions from the public.

Alongside excitement for new dining options like McAlister’s Deli, Taco Bueno and Dunkin’ Donuts, there was a chorus of people asking “Why?” with regard to the report that a new Burger King would be built atop the burial grounds of an older one, and Arby’s would be returning to town after shuttering its Victoria location in January 2020.

Land developers put considerable time and effort into choosing businesses and locations that will perform best, and there is a great deal of research that goes into their selections.

It is common for retail stores and restaurants to return to a city, said Aaron Farmer, president of The Retail Coach, a retail recruitment firm. Developers take into account a number of factors when choosing what businesses to install and where, such as demographics, nearby businesses and traffic around the area, said Mike Etienne, Victoria assistant city manager.

Fast food restaurants returning to an area or city they previously closed shop in is common because they often are run as franchises, Farmer said.

“Usually someone local or somewhere in the state will have the franchise rights for a restaurant,” he said. “So if a franchisee drops out for Burger King, another one can come in and pick up the location or the town.”

The previous Burger King franchisee sold the business for unknown reasons, though Burger King wanted to remain in the location, Farmer said.

Determining factors that go into retailers or restaurants choosing to come to an area are customer profiles, Farmer said.

Businesses also look at psychographics, which take into account lifestyle choices and behaviors as opposed to traits like age, gender and economic status, Farmer said. Businesses aim to ensure both demographics and psychographics match their ideal clientele.

The amount of traffic traveling through an area is one of the major factors developers look at before deciding on a build site, Etienne said. Businesses look to develop sites that are located along major thoroughfares to ensure maximum visibility.

Traffic counts are especially important for fast food restaurants, Farmer said. The restaurant development on Navarro Street is attractive because of this.

“It’s a highly traveled road,” Etienne said. “Because of that, (retailers) want to be on Navarro.”

Farmer said the new location will undoubtedly be better for Arby’s.

Retailers also look at population of a city or area, Etienne said, because some businesses have a minimum population size that must be met before they will consider developing there.

Developers also will look at the size of retail trade area populations when deciding where to build, Etienne said.

“Specifically, they look at how many individuals come to shop within Victoria from the surrounding communities,” Etienne said.

Victoria’s retail trade area reaches over 133,000 people, according to the city website.

Clustering is another aspect developers research when determining where and what to build, Farmer said.

“They want to locate by other retailers and other restaurants because they know that when they cluster, more people will eat there and shop there,” he said. “With that new development coming in, being across from Hobby Lobby, across from the mall, they know that’s a very active retail area.”

In the future, the city of Victoria would like to expand development away from Navarro Street because of fears of congestion, Etienne said. Ideal development sites are on Zac Lentz Parkway, Main Street and downtown.

The restaurant development on North Navarro Street is expected to be complete in early 2022.