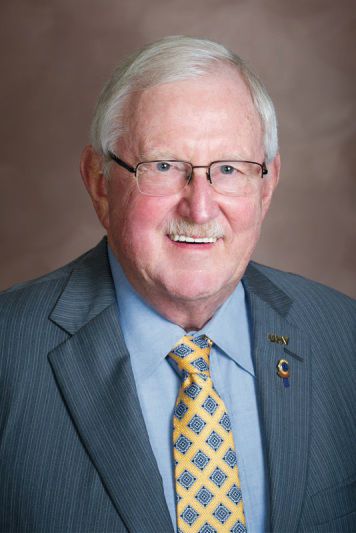 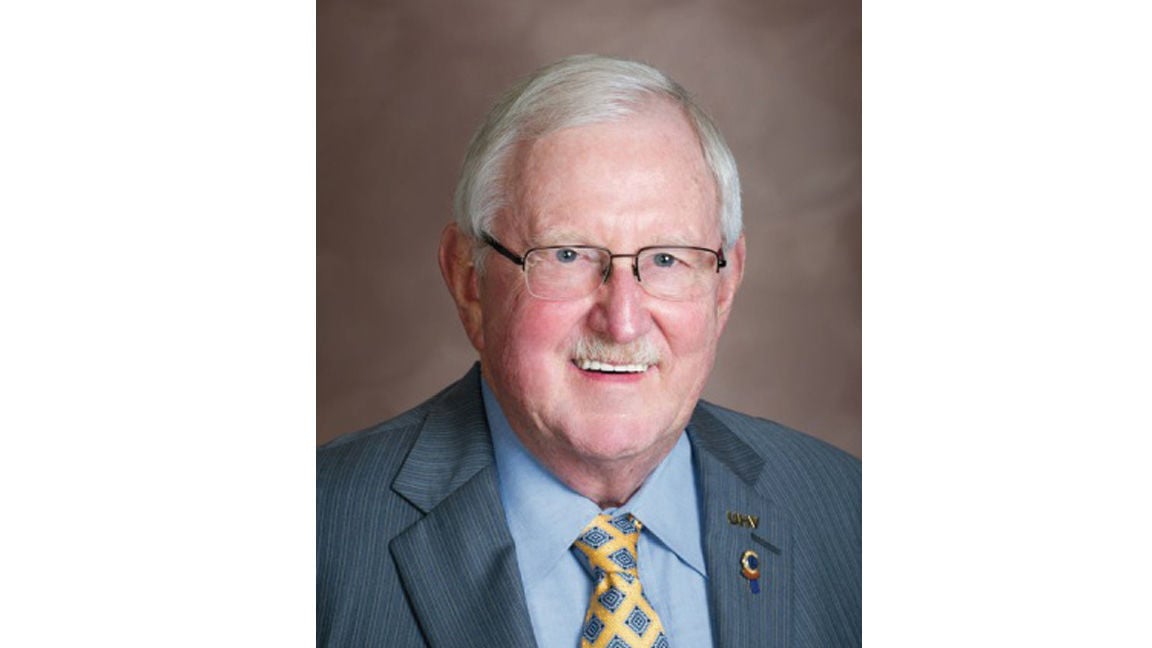 University of Houston-Victoria President Vic Morgan plans to step down from his position by fall 2018.

The decision comes on the heels of a faculty and staff survey conducted by the University of Houston System about his leadership.

Chancellor Renu Khator announced Morgan's departure in a message to faculty and staff.

While saying the survey reflected the university's appreciation for Morgan, "the results also indicate that the UH-Victoria community is ready to proceed with the search for a president who will lead the University during the next vital phase of its development," Khator's chief of staff, Michael Johnson, wrote in the announcement.

Interviewed Tuesday, Morgan said he considered his three years at UHV to be "an absolute delight and joy to be here."

"I don't intend to be a lame duck," he said. "I want to continue moving forward."

The university will begin its search this fall for a new president.

Morgan said he hasn't seen the results of the survey, conducted in January, but he understood they expressed a desire among university faculty and staff members that a search for a new president was needed for growth.

The announcement for a new presidential search was distributed two weeks ago, said Jim Higgins, UHV Faculty Senate president and an assistant professor of history.

Faculty members were satisfied with Morgan, he said.

"We've had two presidents and three provosts in the last few years," Higgins said. "We would like to see some permanency attached to our president."

The faculty does want to provide input about the next presidential hire, he said.

Morgan was named interim president in April 2014 after previous president, Phil Castille, was forced out by the chancellor in a public dispute. Before him, the chancellor also ousted UHV President Tim Hudson.

In Feburary 2016, the UH Board of Regents, without conducting a search, named Morgan as UHV's president and expressed appreciation for the work he had done as interim.

"What we want to see in a new president is to continue to push for academic excellence," Higgins said, a factor which would help transform UHV into what is described as a destination university.

Cockrum will remain in his position until after a new president is selected, Morgan said.

"You don't want to hire a provost and bring in a president who could change it," Morgan said. "That's the order of things."

The chancellor will decide how the search is conducted and what role Morgan will play in selecting his successor, the president said.

"Hopefully I will be able to participate in later interviews with the candidates," Morgan said.

Creating more face-to-face classes for students is one of Morgan's most important accomplishments, Higgins said.

Morgan said one of his biggest challenges was building relationships between the university and the community.

Compared to UHV presidents who have had stormy departures, Morgan said he expects to leave in calmer waters.

"It's a lot of years of experience of being a president," he said, explaining his smoother tenure. "As much as anything, it's an understanding of what the presidency is about."

The role of a president is putting university needs at the forefront and leading in the right direction of goals, he said.

"I came expecting to be here six months," Morgan said. "It will be four years next April."

In the year he has left, Morgan said he wants to see the physical start of new university buildings and add new programs.

"Mostly I'd like to see progress toward this concept of being a comprehensive university versus an upper-level center," Morgan said.

Being a visionary is an important quality he wants in the next president, he said.

"It's incredibly important to the community that you understand what the community's needs and expectations are," he said. "Those won't always be the same."

Building and maintaining relationships with the community, faculty and staff are also important, he said.

"There's nothing written down about that in the job description, and it's one of the most important parts," he said.

The national average for a university president's term is fewer than five years, he said. Morgan served as president at Sul Ross University for 19 years before coming to UHV.

"I have retired three times now," Morgan said. "It's time for me to retire."

As his final year as president approaches, Morgan will be 76 years old.

"It's time for me to go out and play golf, ride motorcycles and get back into shooting sports," Morgan said, explaining his plans to stay in Victoria.

Morgan said he would give the same advice he was given when he started the job - the institution is priority.

"Get a grip on your role and your relationship to the university. You need to care about students, faculty, staff, community and the system for which you work," he said. "If you have any room left, then you plug in family. Then there you are way down on the list."

The opportunity to be president has been wonderful, Morgan said.

• March 2016: Casa Del Rio Apartments and Arlington Apartments are demolished. The university purchased the apartments in 2013.

• April 2016: The City Council approves a resolution declaring intent to transfer a portion of Ben Wilson Street to the university for a one-lane each way corridor.