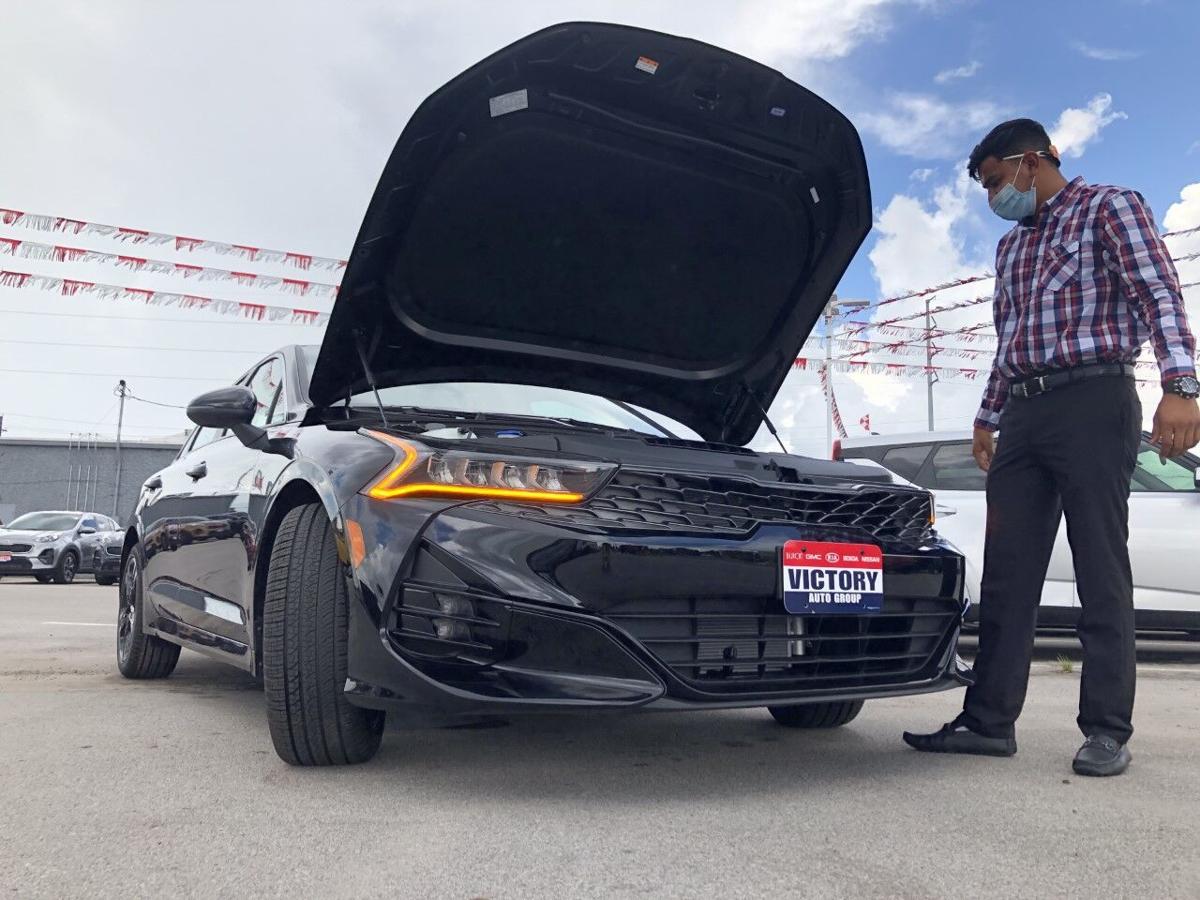 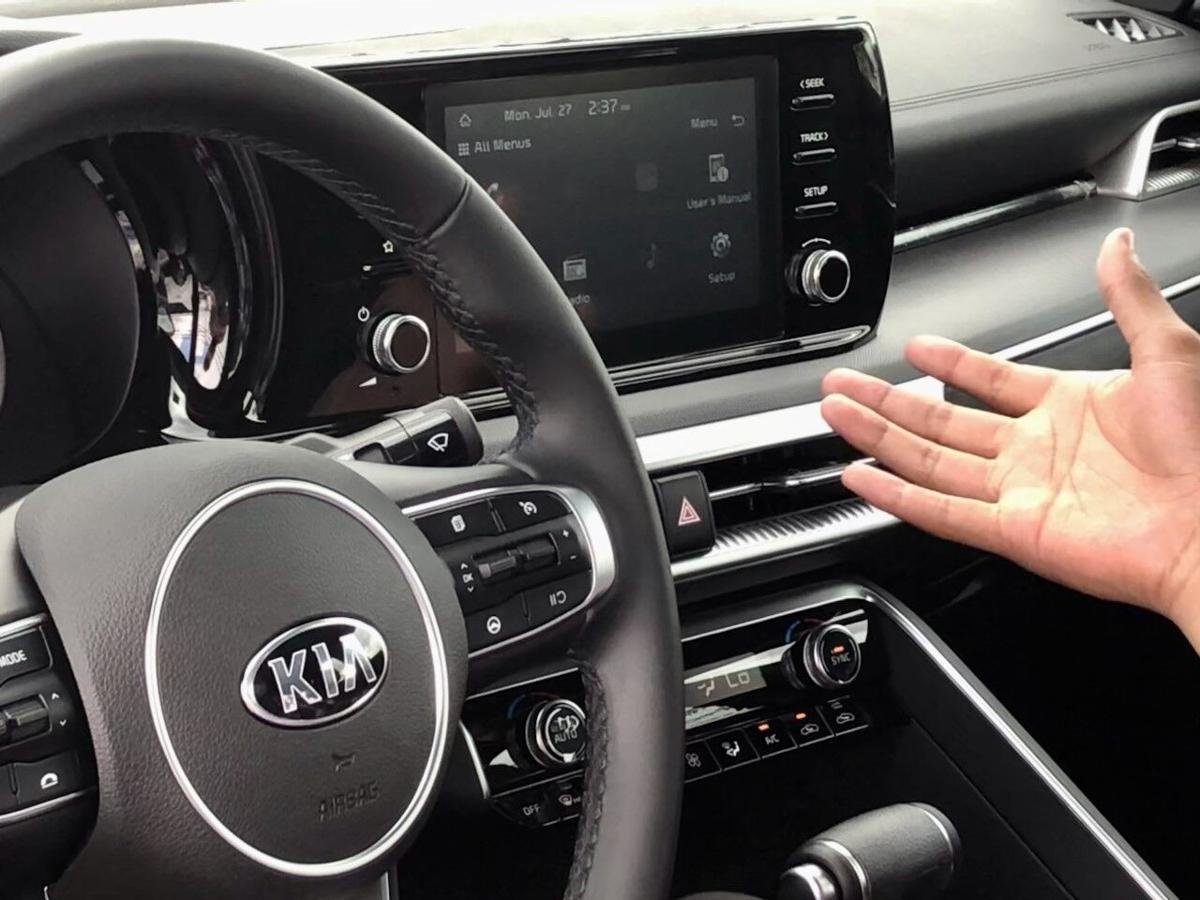 New car manufacturing dropped to its lowest point this spring since January 2012. The 2021 Kia K5 GT-Line has been on the Victory Kia lot for a few days. 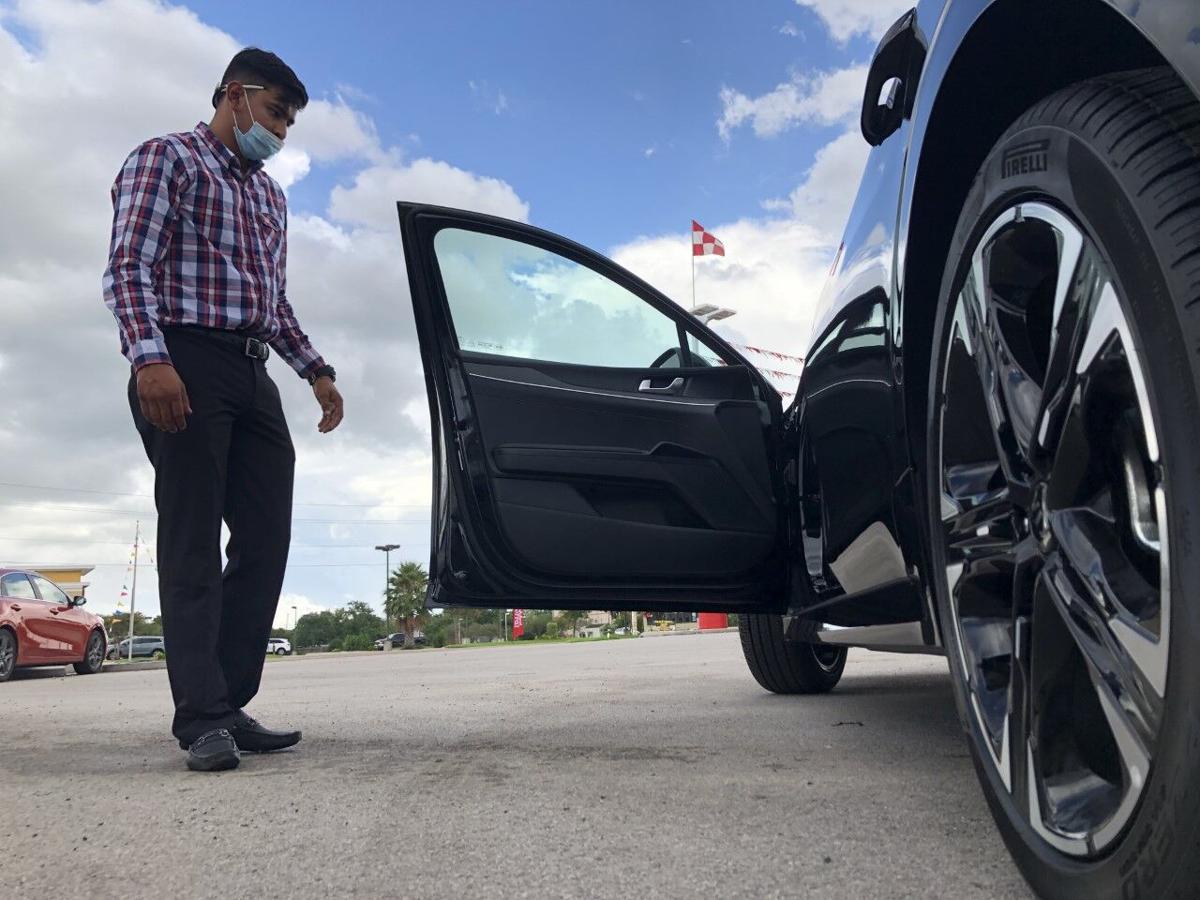 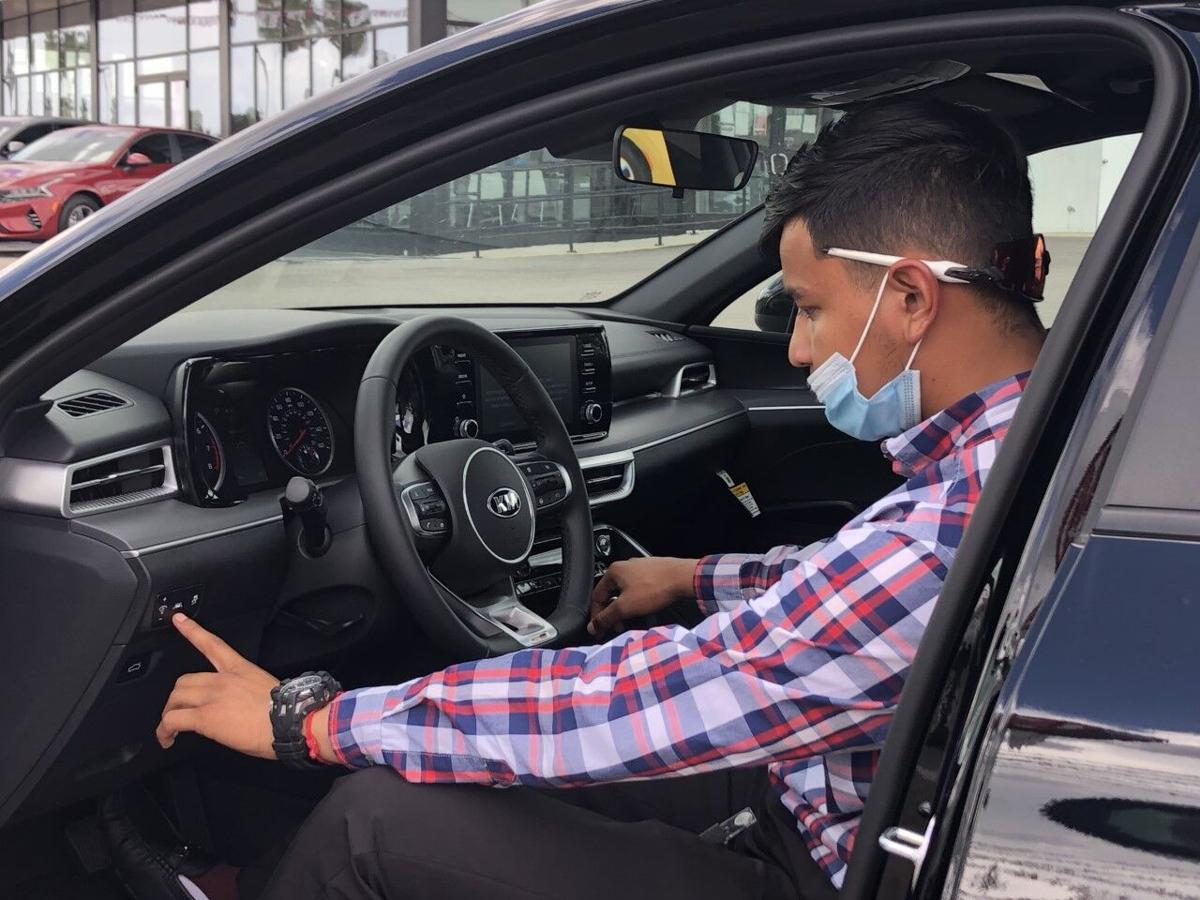 “We have to hustle a bit more,” Seth Zapata said about the decrease in supply. He is a sales professional at Victory Kia.

New car manufacturing dropped to its lowest point this spring since January 2012. The 2021 Kia K5 GT-Line has been on the Victory Kia lot for a few days.

“We have to hustle a bit more,” Seth Zapata said about the decrease in supply. He is a sales professional at Victory Kia.

Automobile sales are being impacted by the pandemic just like every other sector of Victoria’s economy, but the highs and lows may surprise the average gear head.

While supply has been strained, overall demand for automobiles has persisted through the pandemic. Fewer new cars are being produced and more COVID-19 precautions throughout the process has meant car buyers are still interested, but now their options are different than they would have been without a pandemic, compared to a few months ago.

“It’s different customer to customer,” McCracken said. “But this thing hasn’t affected demand yet, only supply.”

As a “second chance” car dealership, Rock Motors focuses on used cars, unlike larger lots where a larger portion of their sales are new cars.

In March and April, new car sales dropped below 1 million per month nationwide for the first time since January 2012, according to the U.S. Bureau of Economic Analysis. During this same time frame, employment in car manufacturing of vehicles and parts dropped from about 1,002,900 employees nationwide in April 2019 to 682,000 in April 2020, according to the U.S. Bureau of Labor Statistics.

As employment in the car manufacturing industry dropped, so did production.

“It was slow, but we have to hustle a bit more,” said Seth Zapata, sales professional at Victory Kia, 5101 N. Navarro St.

Victory Kia sales manager Trino Barrera said he initially had to furlough some employees but has since hired even more — similar to national trends in the automobile industry of employment rates picking back up since their dip in March and April.

At one point during the spring, Barrera said business had dropped by 35 to 40% but has since become strong again. Demand is still there even with COVID-19, Barrera said, but supply is still a difficulty.

The lag in new car manufacturing trickled down to Victory Kia, and for a time there were more used than new cars, Barrera said.

At Victory GMC, there were even fewer new cars as a percentage of the total lot because of the lack of supply.

But the economic impact of the pandemic has made its mark on the used car supply also.

McCracken said he’s started to see how even the used car supply is impacted by COVID-19 when Rock Motors works to acquire additional inventory from car auctions in Houston.

The usual process involves a used car dealer navigating an auction, selecting inventory in-person, having new inventory assessed by a mechanic and then putting it on the lot for sale. After transportation and repair costs, there is usually a markup on the car between the auction price and the price on the car lot.

Larger dealerships are able to bid lower for the supply in order to make up for fewer cars on the market. By doing so, smaller dealerships like Rock Motors had to begin raising prices to compensate for higher prices at auctions set by lower supply.

For any car dealership, COVID-19 has changed how new inventory is acquired from auctions.

Many are being conducted virtually to minimize person-to-person contact but this also results in less, or no, hands-on interaction with a car before it’s bought.

Distinct changes to the usual auction process include audio recordings of a car’s engine and buying and selling cars over video.

COVID-19 precautions are also a part of day-to-day operations.

Customers still enjoy test driving cars and seeing them up close before signing on the dotted line. After each test drive, cars are sanitized and wiped down and in accordance with government orders, all customers and employees wear a mask while inside the building or showing a car on the lot.

Some new purchases also are available to be delivered to customers, depending on the dealership.

With changes to the industry in mind, Barrera is looking forward to what will hopefully be a continued uptick in business during the rest of the summer, a season when sales are usually strong.

Have you considered buying a car recently?