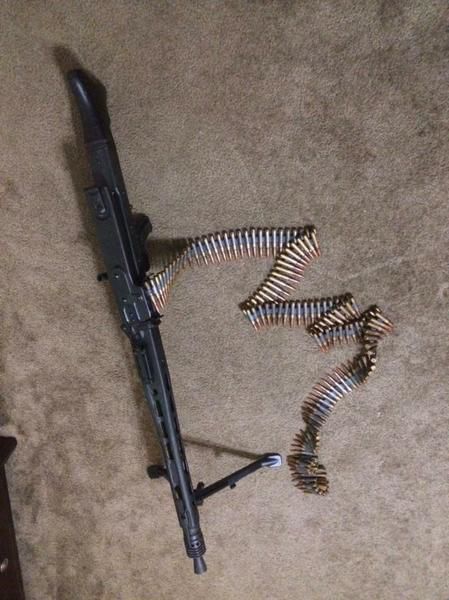 Kyndell Brandt, 29, of Victoria, said he cannot get his MG42 gun back from the Double D Gun Shop, which is closed after it was raided in March. 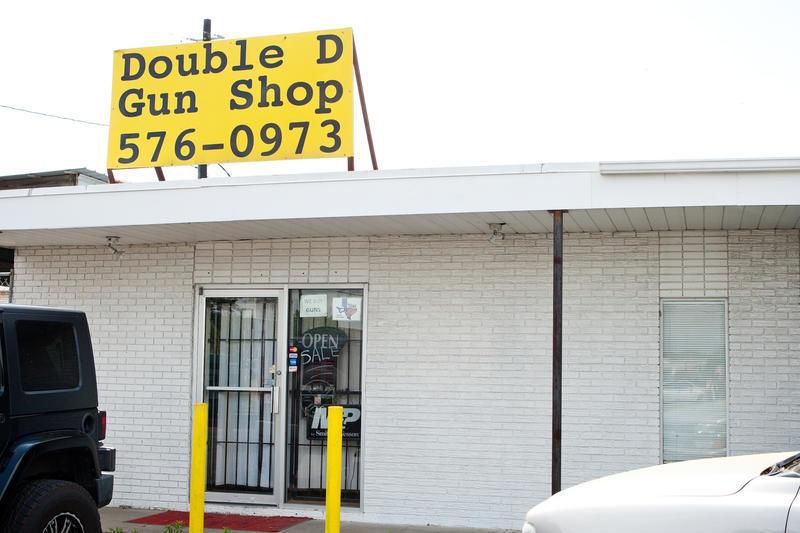 Kyndell Brandt, 29, of Victoria, said he cannot get his MG42 gun back from the Double D Gun Shop, which is closed after it was raided in March.

The guns, valued together about $7,000, needed to be sent to a manufacturer to be repaired and upgraded, he said.

Now, Brandt is not sure when he'll see them again.

"I heard the earliest it would be would be three months, and the latest is it could be a year," Brandt said.

While some customers were greeted by an open sign hanging in the door, it was not business as usual Wednesday at the store, 3303 N. Navarro St., No. A.

A day later, they arrested the owner, Garrett Riedesel, accusing him of unlawfully receiving or possessing firearms that were not registered, according to a criminal complaint filed in federal court.

At least four shotguns or rifles also did not have the required 18-inch and 16-inch barrel lengths, respectively.

Agents with the Bureau of Alcohol, Tobacco, Firearms and Explosives began an investigation into Riedesel, a federal firearms licensee, Feb. 4, according to the complaint.

Riedesel is only licensed to deal in and manufacture firearms that are not required to be registered in the National Firearms Registration and Transfer Record.

Machine guns, silencers, short-barreled rifles, short-barreled shotguns or destructive devices, such as molotov cocktails, mortars and bazookas, are the type of firearms that must be on the National Firearm Registration and Transfer Record, according to the ATF's website.

"Therefore, Riedesel's mere possession of these firearms is a violation of federal law," according to the complaint.

Brandt, an oil-field worker from Victoria, understands why one must register a firearm, but he thinks the amount of guns seized in this case might indicate something more serious was happening at the store.

"I had called his cellphone a number of times, and one time, he answered and said, 'Hey, I'm dealing with the ATF about paperwork. I'll call you back," Brandt said. "He never returned my call."

Brandt eventually heard from Riedesel's girlfriend that he had been arrested. He then thought about enlisting a lawyer's help to get his guns back.

Brandt, 29, said he'd reconsider hiring a lawyer if the guns were not returned within a year.

"I purchased - oh dear Lord - probably four or five guns with him in the past year. He's always been pretty much straight with me," he said.

"I've been calling him every day for the past three weeks. I saw that there was a little shutter on the door that was never there before," he said. "It's not really about the money, but they should have said, 'Hey, I'm going through this. Don't buy anything, or you might lose your money.' ... Nobody has gotten back with me. Nobody has told me anything."

Rick Miller, the ATF agent in charge of the Corpus Christi division, said Wednesday that his office was preparing some information for people who may be affected.

Angela Dodge, a spokeswoman for the U.S. attorney's office in the Southern District of Texas, said that information was not available Wednesday afternoon because the attorney assigned to the case was in a trial.

Riedesel was still in federal custody as of March 21, according to court records.

Ysidro Arismendez III, of Beeville, was appointed as Riedesel's attorney. He could not be reached Wednesday for comment.

The offense carries a maximum punishment of 10 years in federal prison, according to a federal public defender's website.

A man was seen loading items from the store into his truck Wednesday afternoon. He said the store was closed but declined to comment or identify himself.