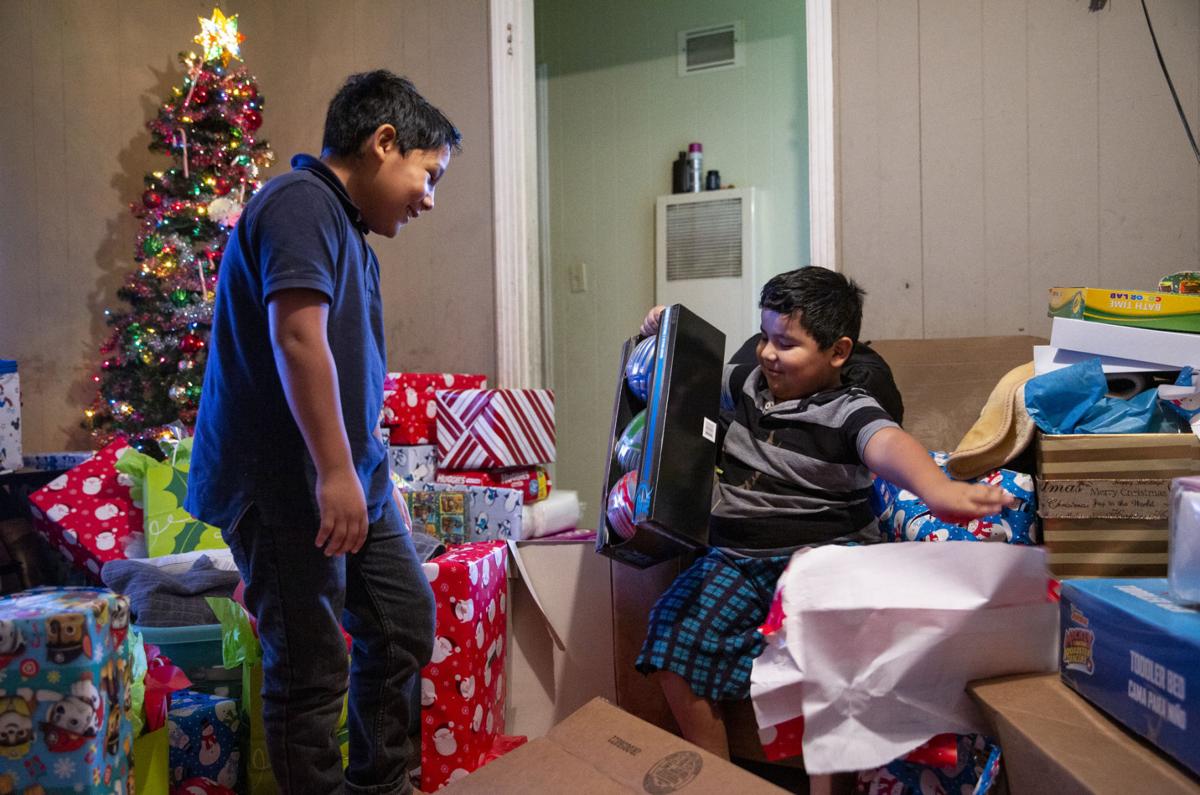 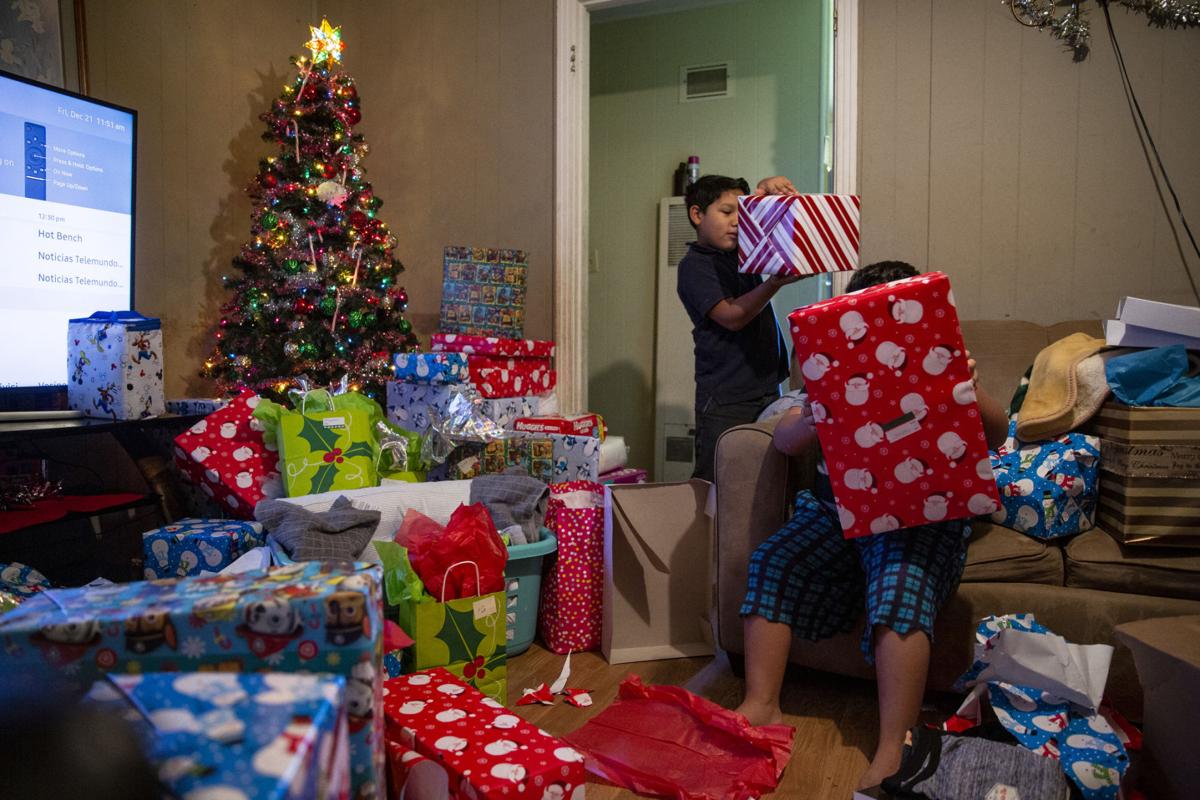 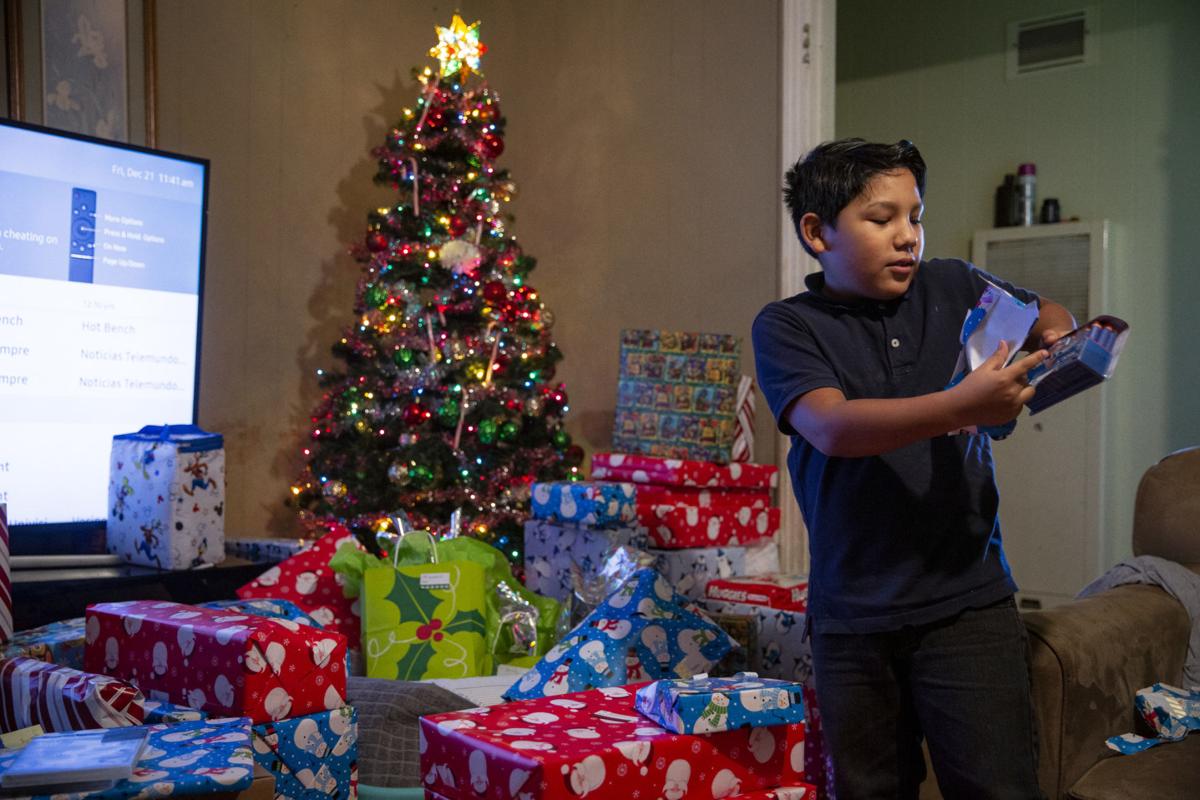 Fernando Martinez, 10, opens foam darts for a Nerf gun that was donated to him by Citizens Medical Center’s Birth Center employees. 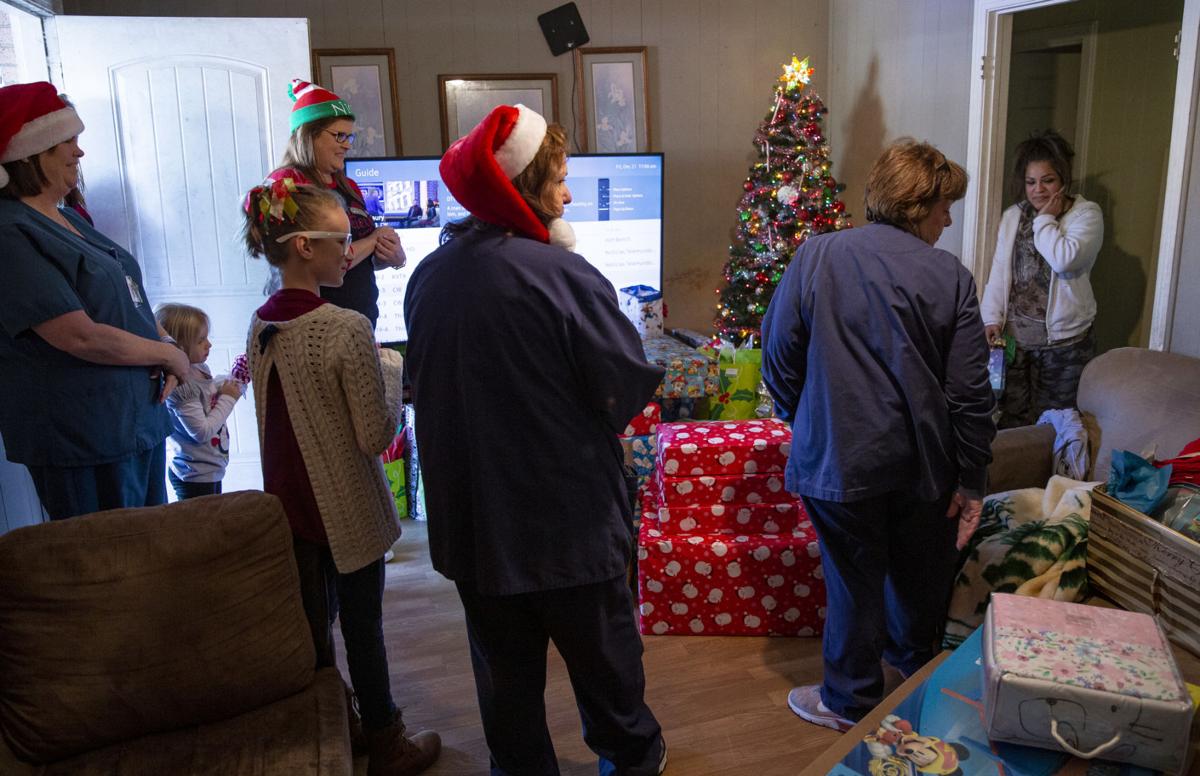 Citizens Medical Center’s Birth Center nurses and family members bring Christmas to Cindy Barrientes’ family. Barrientes, right, was overwhelmed by the pile of gifts that filled her living room and overflowed into the kitchen. 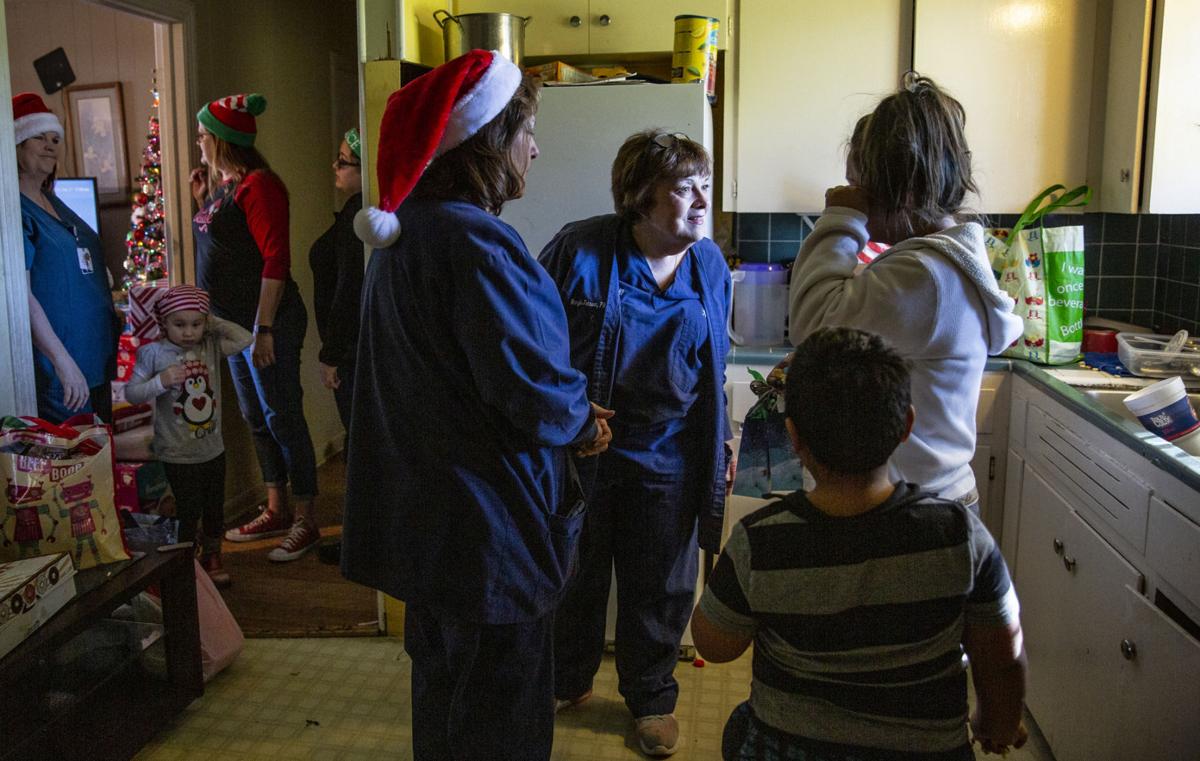 Margie Johnson, 60, and Janet Hilsabeck, 59, speak with Cindy Barrientes, who wipes a tear off her face in her kitchen. Her son, Jonathan Sanchez Jr., 6, stands behind her. Johnson and Citizens Medical Center’s Birth Center colleagues collected and delivered household items, Christmas presents and more to the family.

The children had never seen anything like it: Dozens of presents in all shapes and sizes, wrapped with colorful paper and shimmering ribbons, piled so high that one stack of gifts towered over the younger children’s heads.

“What is that?” their mother asked as her 10-year-old son, Fernando, began ripping red-and-white snowman wrapping paper from a box as big as his torso. After tearing off the paper, he began wrestling apart a cardboard box to reveal its contents.

“Another jacket, Mom!” he exclaimed, a smile spreading from cheek to cheek. “Now I got two jackets!”

It wasn’t yet Christmas morning, but it may as well have been for Cindy Barrientes and her children. The Friday before Christmas, her family was awoken by a knock on their front door: More than 10 people stood outside, bearing dozens of presents, new mattresses, household supplies and food for their family.

The group was organized by Margie Johnson, a nurse practitioner who works in Citizens Medical Center’s birth center. Every holiday season, Johnson and her colleagues adopt a family to help during Christmas. This year, the group selected the Barrientes family, who lost their rental home to Hurricane Harvey and have been struggling to scrape up the money to rebuild ever since.

The group brought new mattresses for all of Barrientes’ children, diapers, household supplies, Christmas decorations and dozens of presents for her four children, who range in age from 8 months to 10 years old.

“The little boy, Jonathan, he had the biggest grin,” said Johnson after leaving the mound of gifts under the family’s Christmas tree.

To say it’s been a rough year for Barrientes is an understatement. Earlier this month, the Victoria Advocate reported that her family, like many others who were renting at the time of Hurricane Harvey’s landfall, has yet to receive the help they need to become whole.

But even though the year has been filled with tears and sleepless nights, Johnson and the other nurses’ generosity made this Christmas a little brighter for the mother.

“We’re very, very blessed,” said Barrientes, who broke into tears when the gifts were delivered. “I don’t know how to take it in.”

Tristin Gary’s desperate last resort came in the form of a one-room apartment, with just a minifridge, microwave, tiny sink, shower and toilet.