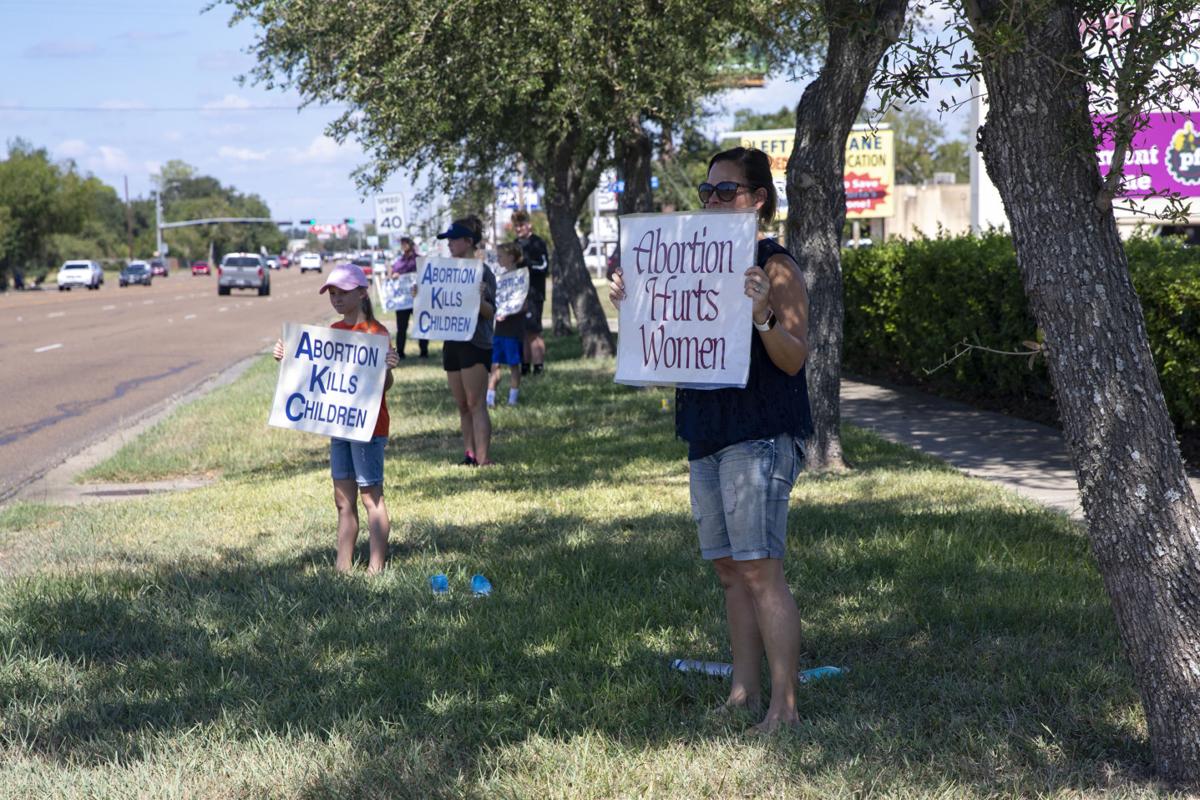 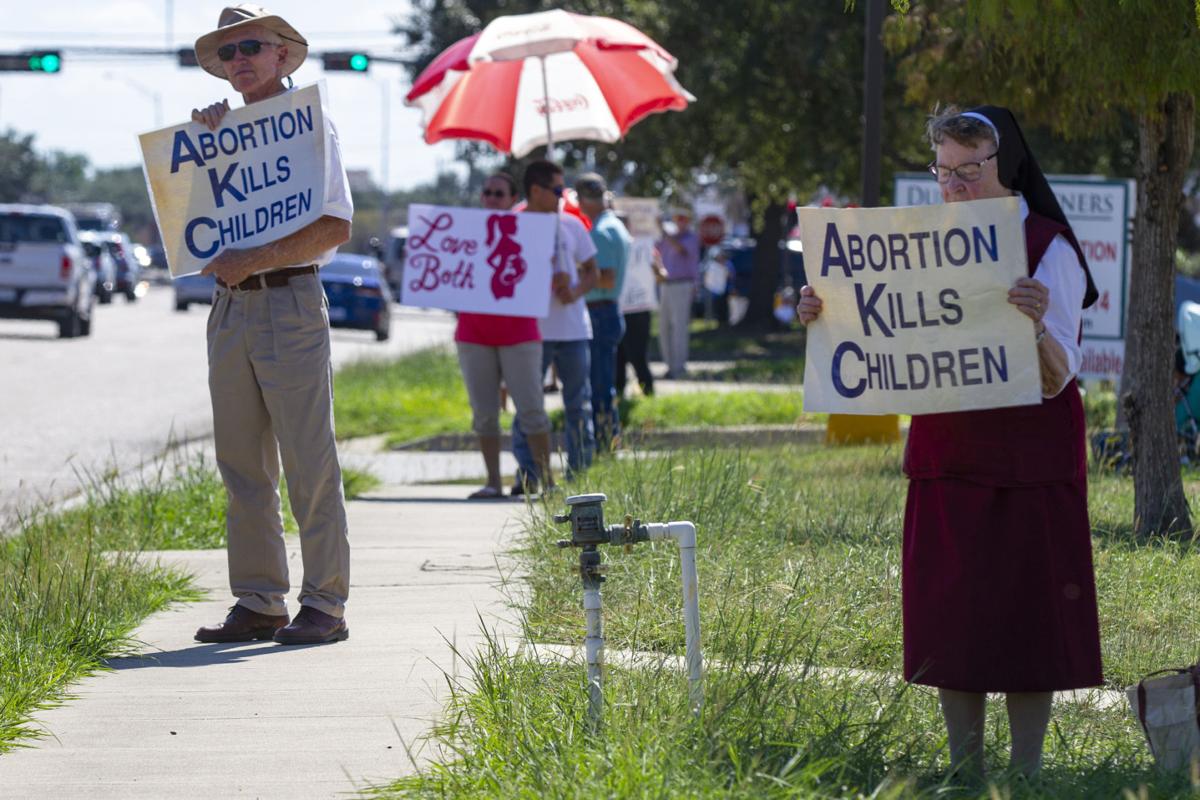 Sister Amata Holland, right, and Clyde Svetlik line up with other participants during the National Life Chain on North Navarro Street. 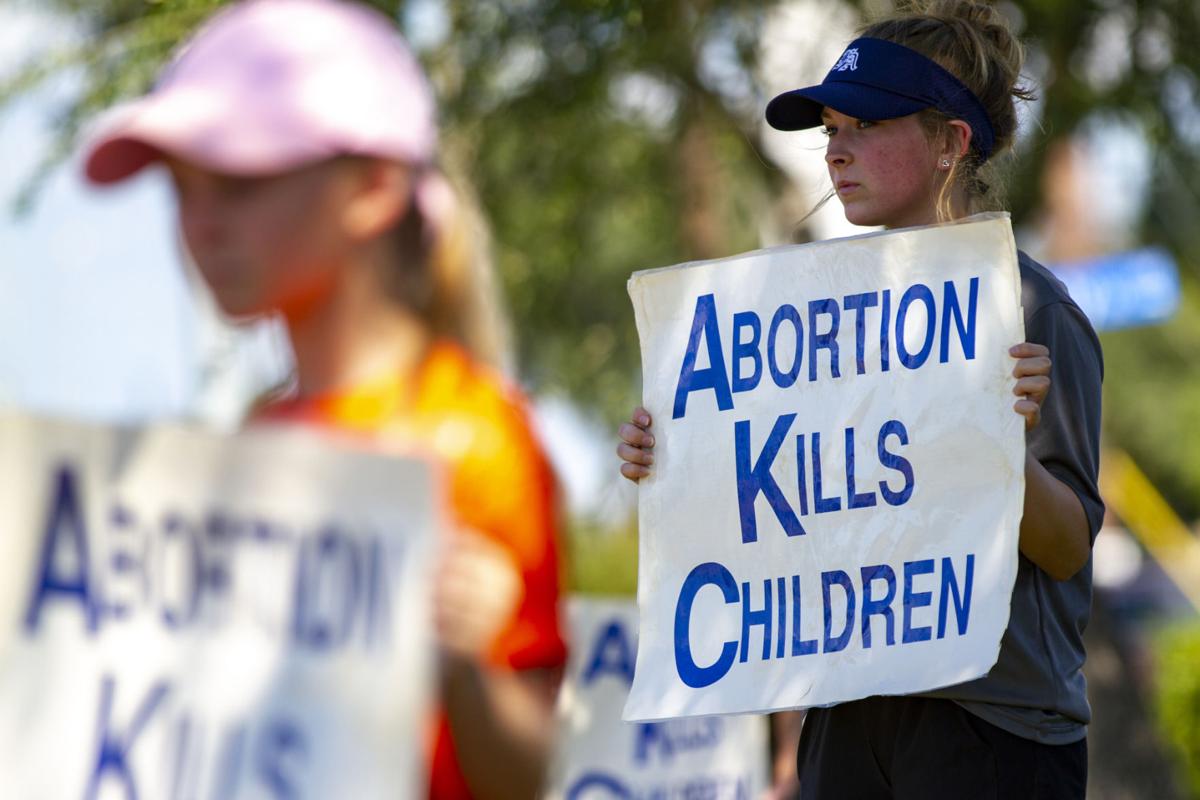 Brooke Bauer, 17, participates in the National Life Chain with her family for the first time along North Navarro Street. 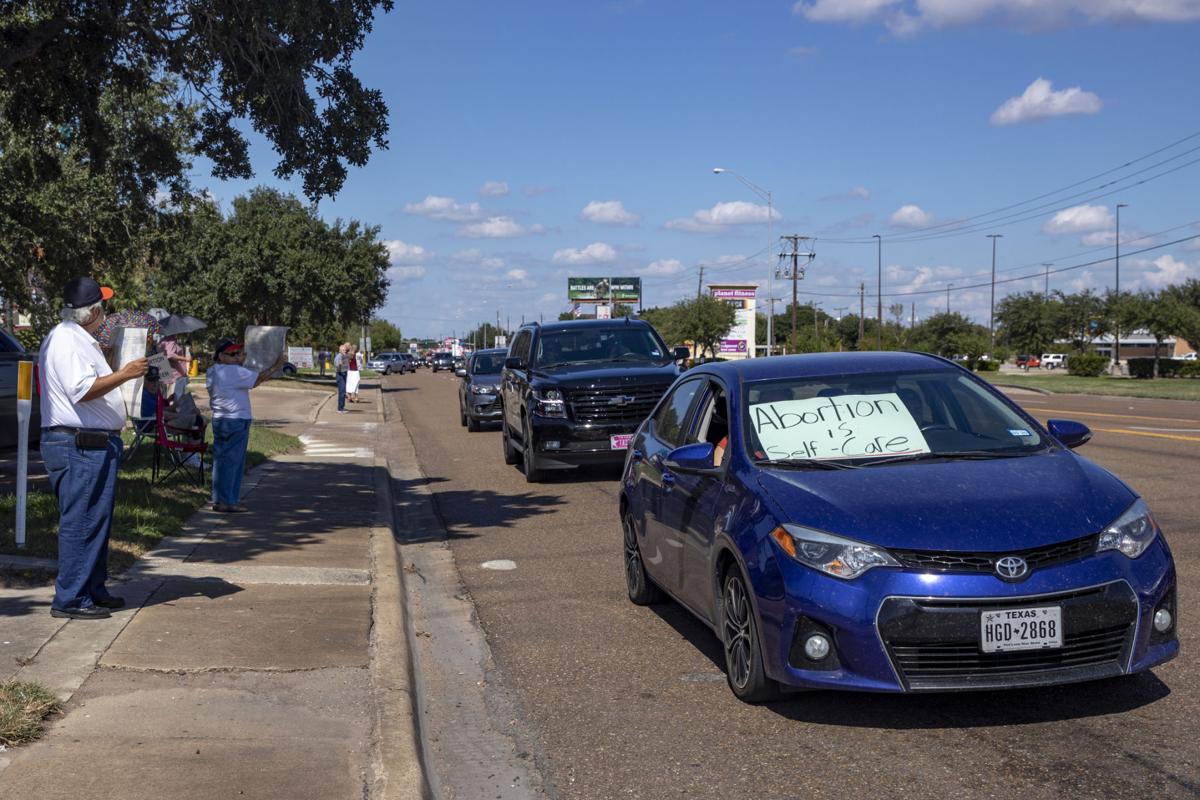 Savannah Sanchez holds up a sign against her windshield to counter-protest the National Life Chain on North Navarro Street.

Sister Amata Holland, right, and Clyde Svetlik line up with other participants during the National Life Chain on North Navarro Street.

Brooke Bauer, 17, participates in the National Life Chain with her family for the first time along North Navarro Street.

Savannah Sanchez holds up a sign against her windshield to counter-protest the National Life Chain on North Navarro Street.

The nearest abortion provider, Whole Women’s Health, is over 100 miles away from Victoria in southeast San Antonio. It’s one of 18 left in Texas.

That’s too close and too many for the more than 100 protesters who gathered along the west side of North Navarro Street between East Magruder Drive and U.S. 77 Sunday afternoon as part of the national Life Chain movement to oppose abortion.

Some motorists honked their horns in support as they drove by, while several others rolled down their windows and voiced their support for legal abortion.

Laura Liendo, 72, said she promotes alternatives to abortion, including adoption.

“If it is your choice, maybe you should think about having the baby and maybe somebody else would want to adopt it,” Liendo said. “There’s so many things out there to protect you from getting pregnant.”

Although many of those who oppose abortion are also against birth control, 41-year-old Sheila Bauer said she believes it’s a woman’s choice to use it.

“For each woman, it’s a unique case,” Bauer said.

According to Dr. Dana Gonzalez with Victoria Women’s Clinic, there has never been an abortion provider based in Victoria and local doctors can only tell women seeking an abortion where to go.

“If that’s their plan and their choice, they find a way,” Gonzalez said.

The Life Chain movement began in 1987 and invites congregations across the country to meet for an hour on the first Sunday in October to pray and rally against abortion.

Savannah Sanchez was the lone counter-protester on Navarro Street between 2 and 3 p.m. Sunday. She stood alongside nuns from the Incarnate Word Convent with a sign that read, “Abortion is Self-Care.”

Although she’d seen the Life Chain protesters on Navarro Street in years past, Sanchez said this was the first time she’d felt compelled to voice her opinion.

“Today is the day I speak out,” Sanchez said.

Bauer said this year is the first time she attended in Victoria, but she began attending Life Chain rallies when she was growing up in Port Lavaca.

This year, she brought her husband and four of her five children.

“It’s the first year we’re doing it together as a family,” Bauer said. “We’re making my kids aware that this is an awesome thing to be able to do.”

Oct. 6, from 2 to 3 p.m., Life Chains will again occupy U.S. and Canadian sidewalks as we stand side by side to show our solidarity and unity …

It's quite obvious as the reader that the writer is FOR abortion. Instead of the headline reading "Pro choice it reads "Anti abortion." Very sad that news these days cannot be objective anymore. Very left leaning article, despite its contents.

The Associated Press Stylebook actually advises the use of either anti-abortion or those opposed to abortion because the term "pro-life" is not issue specific, and also is not neutral. If someone self-identifies as pro-life in a quote, it's acceptable to quote them as saying such. I don't quite understand what you mean that the article could be left-leaning in spite of its content.

This article that is supposed to report on the Life Chain event begins with the distance to the nearest abortion clinic. If the article were written to draw in the reader objectively, it wouldn't begin with reporting how far the nearest abortion clinic is or how many abortion clinics are left in the state of Texas. In my opinion, it isn't objective. Why not begin the article with the paragraph explaining when the Life Chain began or why it began? Why not interview more than one of those standing for a cause they support? In my opinion, it is not in any way objective.

Thank you for your feedback. We do try hard to be neutral in our reporting on such issues. That is why the second graph of the story goes on to say "that's too close and too many ..." That is why we present people on both sides of the issue. We appreciate your feedback and will take the concern to our newspaper ethics board, which includes community members, for their consideration.