JD Javier Lane, 28, was shot and killed by a U.S. deputy marshal on Jan. 5 at a Victoria intersection. Lane, of Victoria, was shot after he ran from a vehicle stopped by authorities who had obtained an arrest warrant charging him with felon in possession of a firearm. Lane's mother is represented by an Austin attorney, who on Tuesday said she planned to file a federal civil rights and wrongful death lawsuit naming the deputy U.S. marshal as a defendant.

The attorney for the mother of a Victoria man killed in January said she plans to file a lawsuit naming the deputy U.S. marshal who shot him as a defendant.

Grand jurors determined the shooting was justified because the deputy U.S. marshal said he thought a metallic pipe scraper tool in JD Javier Lane's hand was a pistol. 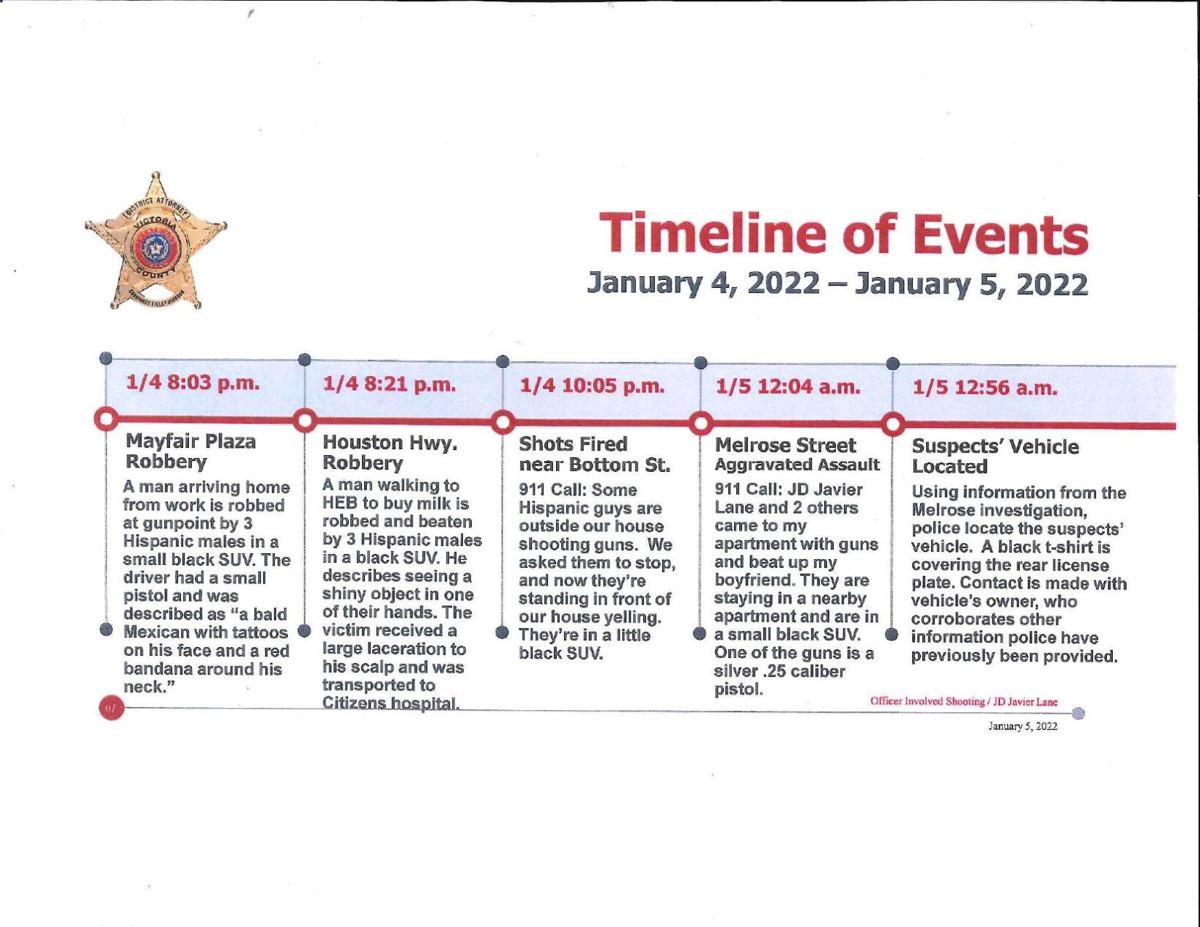