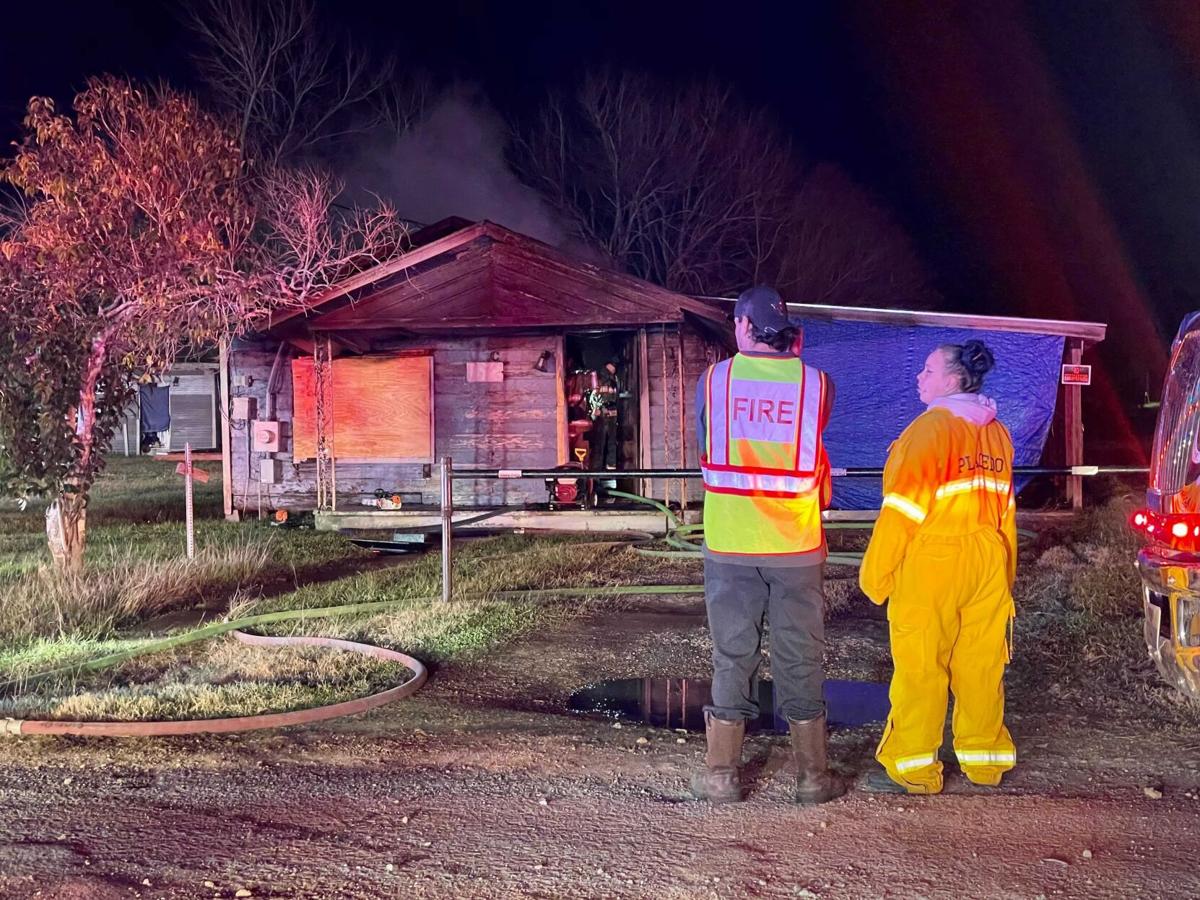 Firefighters stand outside a Bloomington home where fire was reported Wednesday night. 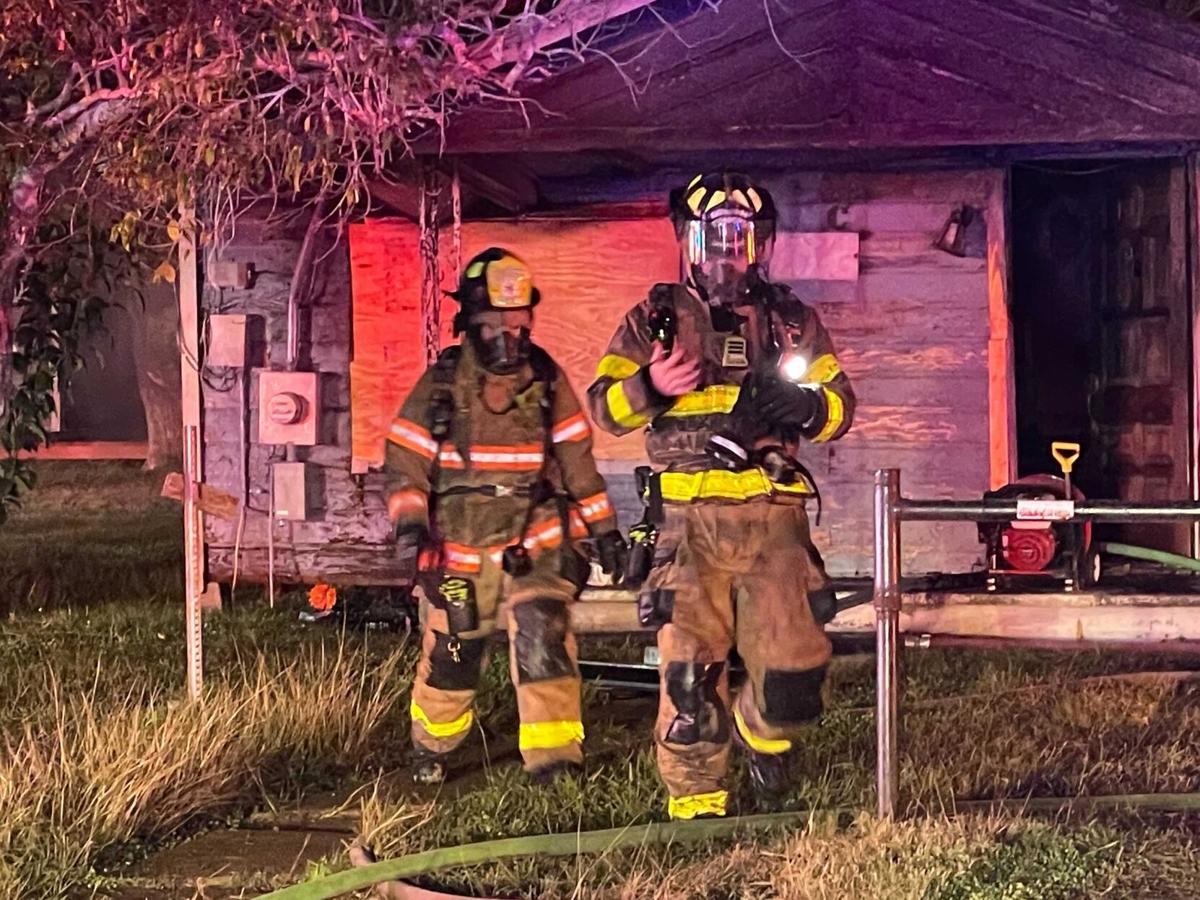 BLOOMINGTON — The sole occupant of a burning house escaped injury Wednesday night after a neighbor noticed sparks coming from her home.

At 9:28 p.m., firefighters were sent to a burning house at 506 Indiana Drive in the community of Bloomington, said Victoria County Fire Marshal Richard Castillo.

At the time of the fire, one person was at home. No injuries have been reported.

Mariah Hernandez, 21, of Bloomgington, said she was coming home from Dairy Queen when she saw sparks coming from the house.

Hernandez, who lives next door to the burning home, said it looked someone was welding.

Hernandez's family then called 911, as she ran to the burning home to check whether anyone was inside.

"I didn't see it as anything heroic," Hernandez said. "I just wanted to get her out."