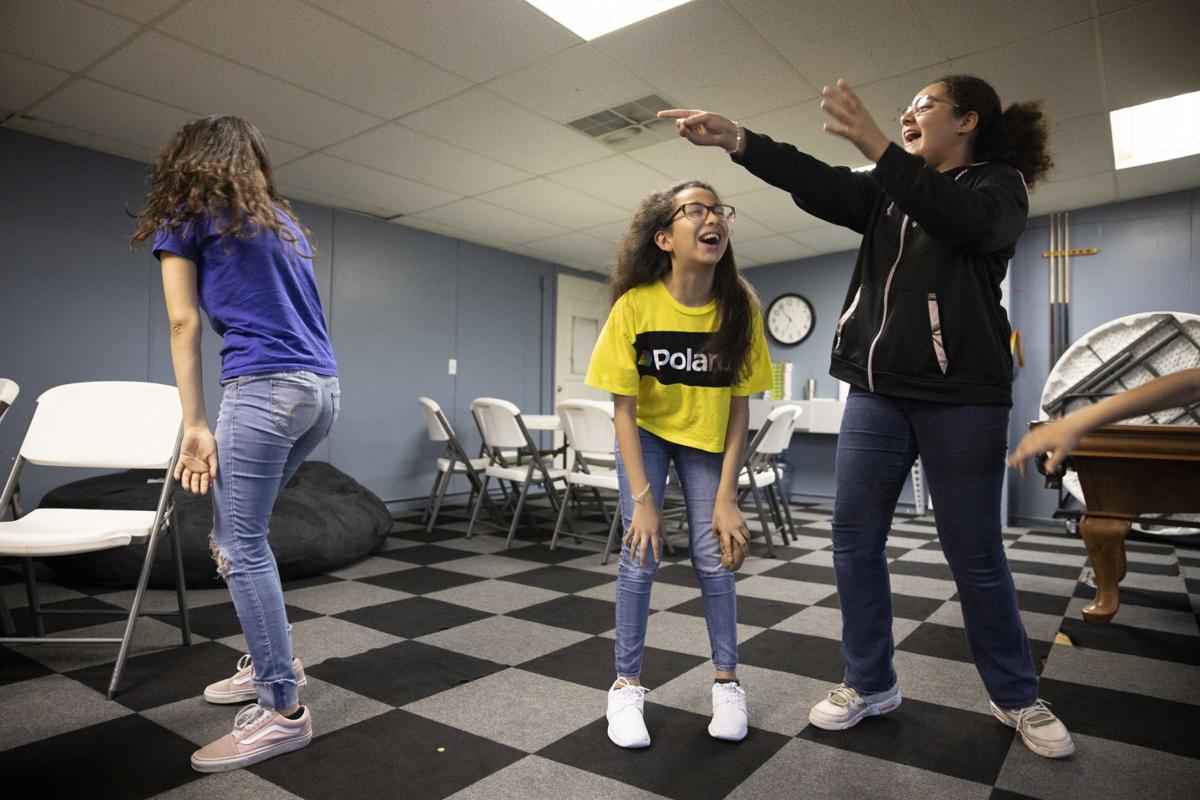 Stephanie Rodriguez, 7, middle, laughs as Araceli Flores, 12, jokes with Wendy Hernandez, 13, while they and others play hot potato during a youth outreach ministry that is organized through C3 Victoria at the Victoria Christian Life Center on East Crestwood Drive. 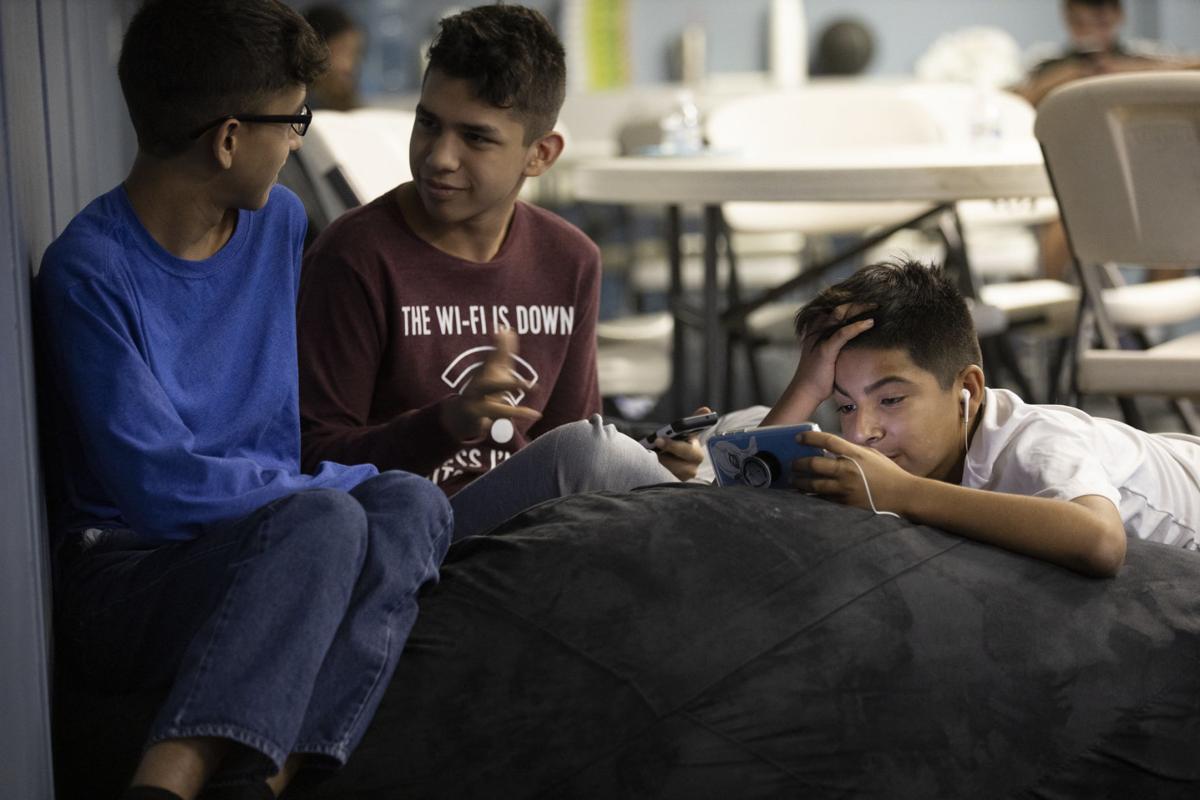 Izzy Esteban, 13, watches a video as brothers Aiden, 12, and Alejandro Martinez, 13, talk before a youth outreach ministry that is organized through C3 Victoria at the Victoria Christian Life Center on East Crestwood Drive. 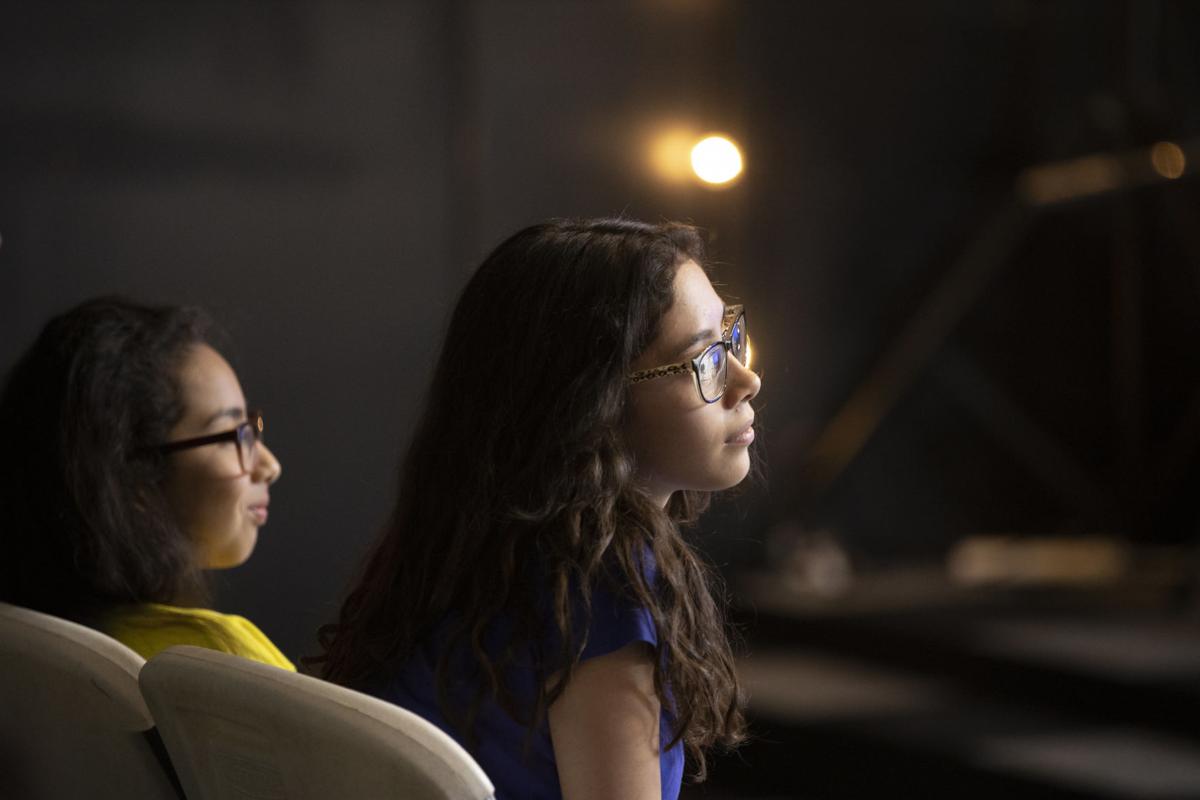 Stephanie Rodriguez, 7, middle, laughs as Araceli Flores, 12, jokes with Wendy Hernandez, 13, while they and others play hot potato during a youth outreach ministry that is organized through C3 Victoria at the Victoria Christian Life Center on East Crestwood Drive.

Izzy Esteban, 13, watches a video as brothers Aiden, 12, and Alejandro Martinez, 13, talk before a youth outreach ministry that is organized through C3 Victoria at the Victoria Christian Life Center on East Crestwood Drive.

Victoria resident Deborah Westfall says crime in her neighborhood has been increasing lately.

“This is the first time I’ve ever heard gunfire (here),” said Westfall, 62, who has lived in her home for about 30 years.

Driveway barbecues, playing children, visiting friends and other neighborly sights are common in Westfall’s central Victoria neighborhood, which is also adjacent to the Lone Tree Hike and Bike Trail. But lately, Westfall said, she’s begun to hear gunfire at night – sometimes followed by the sound of a vehicle speeding off.

In March, two shootings within a few houses of her home shocked the woman, causing her to worry for her safety. She also admitted she sleeps with a knife under her mattress and baseball bat by her bed.

At a March news conference about a week after the shootings, Victoria police said they had arrested a 19- and 20-year-old and charged them for the two shootings near her home. Police also revealed they charged two adults in their 20s, two teens and a juvenile for an October 2018 shooting at a Victoria gas station that left three people severely injured.

A police task force created to respond to the sudden rash of gun violence also resulted in the apprehension of a 13-year-old juvenile who police said was unlawfully carrying a gun.

Victoria Police Chief J.J. Craig said he recognized the young ages of those accused of the shootings. But he also said it was still important to prosecute them harshly.

“We are seeing some very sophisticated criminal activity from juveniles,” he said.

But he also stressed the importance of community action in preventing young people from committing violent crimes.

“I fully believe that if we had a more collaborative approach to impacting these individuals before they become our clients and our customers, but I think it begins at home,” Craig said, adding, “But we also have to have things for our youth to do.”

When young people lack a supporting environment at home, school or in their community, they may turn to gangs, the police chief said.

“We have to give them other options,” he said. “We know what we have to do. It’s just a matter of putting the pieces together. We need additional activities directed at youth to divert them from the criminal aspect of our society.”

“Kids go where they feel wanted, and they tend to want to be where they feel loved,” she said. “Unfortunately, sometimes that includes a community of people that is not always doing the best things.”

When kids and teens don’t have positive influences in their lives, she said, they are more likely to listen to negative influences, experiment with drugs and commit crimes. Preventing that, she said, is as simple as providing a place to hang out and things to do.

She said youths need at least five adults in their lives to be successful, but with divorce and single parentage increasing, that’s hard to provide sometimes.

“I came from a single mom, and she worked two or three jobs when I was growing up,” she said. “I knew what it was like to be lonely and not have people to depend on.”

Outside the C3 Church on East Crestwood Drive where the weekly youth groups are held, youths playing basketball in the church’s court is a welcome sight, she said. At the group meetings, Sandoval and her husband prepare games and fun activities.

Of the 20 to 50 youths who can be found at any given meeting, at least a few, she said, attend for community service as part of a probation requirement.

But the group meetings are also a time for discussion of more serious matters like depression, suicide, drugs and sex, she said. Divided into peer groups by age and gender, the youths are usually eager to talk about those subjects. After all, young people don’t always have an opportunity to discuss those important topics in a protective and comfortable environment.

The result, she said, is observable. Often, when young people complete their community service requirement, they keep coming back. And the smiles and laughter at their meetings make it all too clear those attending are enjoying themselves.

Sandoval said she hopes to bring the principles that guide her group to schools and a youth-celebration event called “Hope Fest” that she plans to debut in July.

Chief among those principles is the idea that teenagers can make their own choices, but like anyone else, they can only choose from the options that are available, she said.

“What kind of choices are we putting in front of teenagers? What do we really have for teenagers to do in Victoria that is positive?” she said.

WHERE: 1604 E. Crestwood Drive in Victoria

Dinner and socializing begins at 6 p.m.

A Bloomington woman is recovering after being shot Wednesday night in what officials describe as an ongoing family dispute.

Do you have a family member who served in the military during WWII?