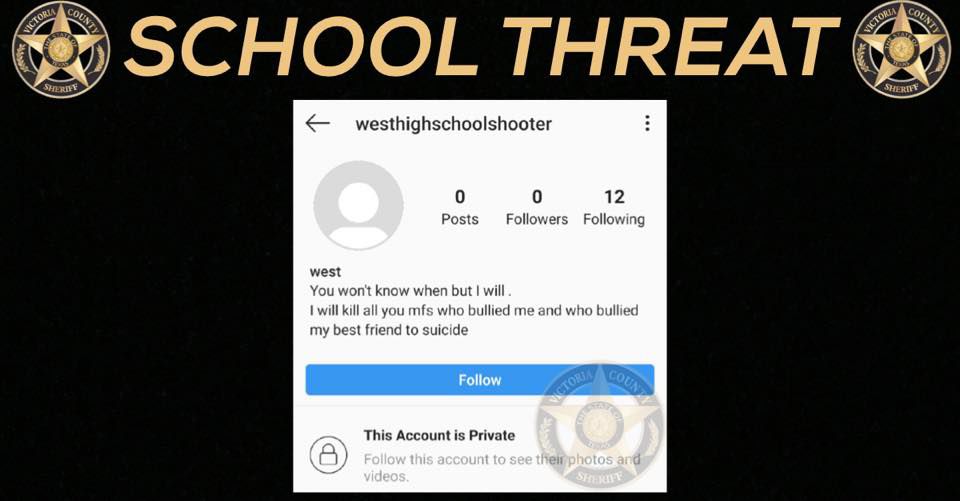 The social media post that contains a threat against Victoria West High School. 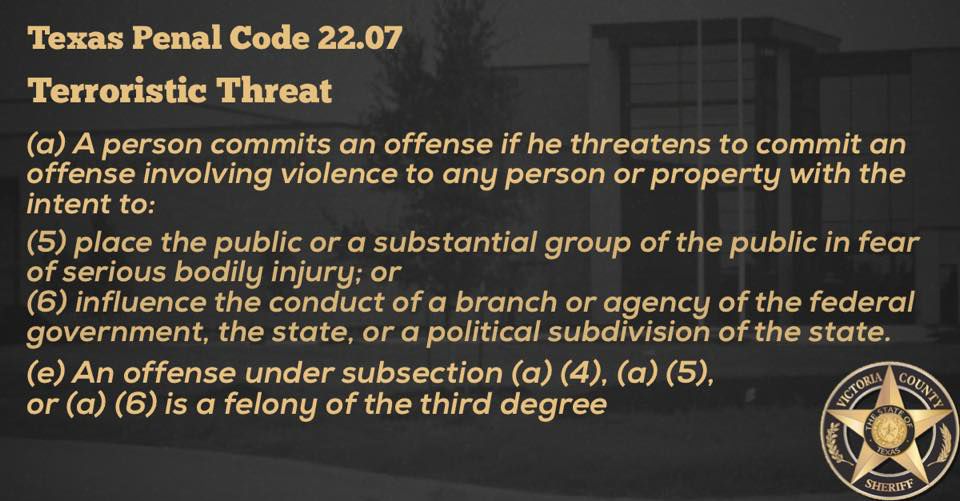 Outline of terroristic threat in Texas.

The social media post that contains a threat against Victoria West High School.

Outline of terroristic threat in Texas.

The Victoria County Sheriff’s Office is investigating a 15-year-old suspect after an online threat against Victoria West High School was reported Tuesday.

Deputies interviewed the female home-schooled student and seized her computer after several West students reported the social media threat to administrators and school resource deputies, according to a news release from the sheriff’s office

A search warrant was issued to collect additional evidence that will be presented to the Victoria County District Attorney’s Office for possible prosecution.

Officials said parents and students should remember that it is a third-degree felony in Texas to make a threat that will cause alarm for the public, regardless whether the threat is intended or not, according to the news release.

'It was like a riot': VISD employee describes Liberty altercations

Victoria County sheriff’s officials are conducting a criminal investigation after a potential social media threat was made toward Liberty Academy.