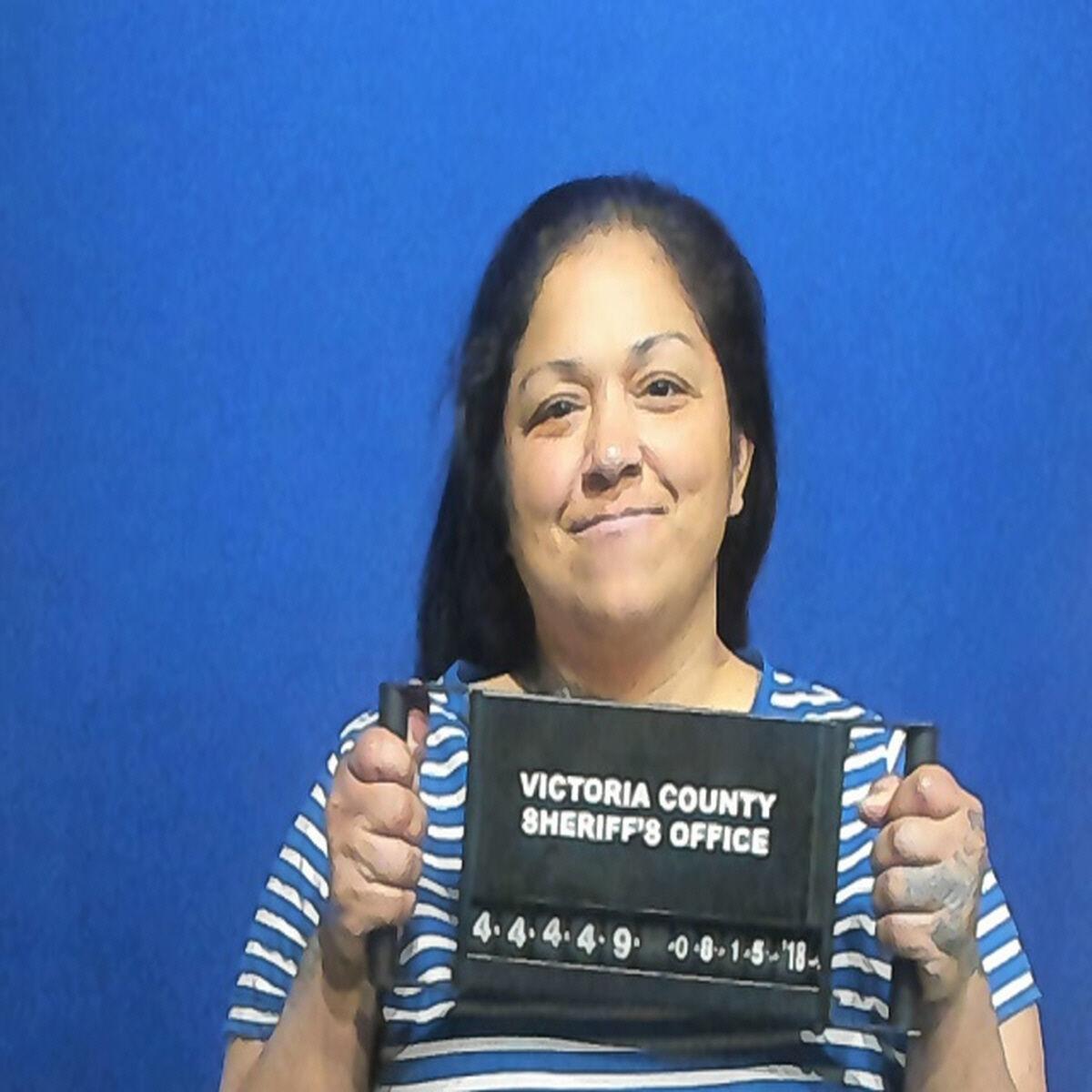 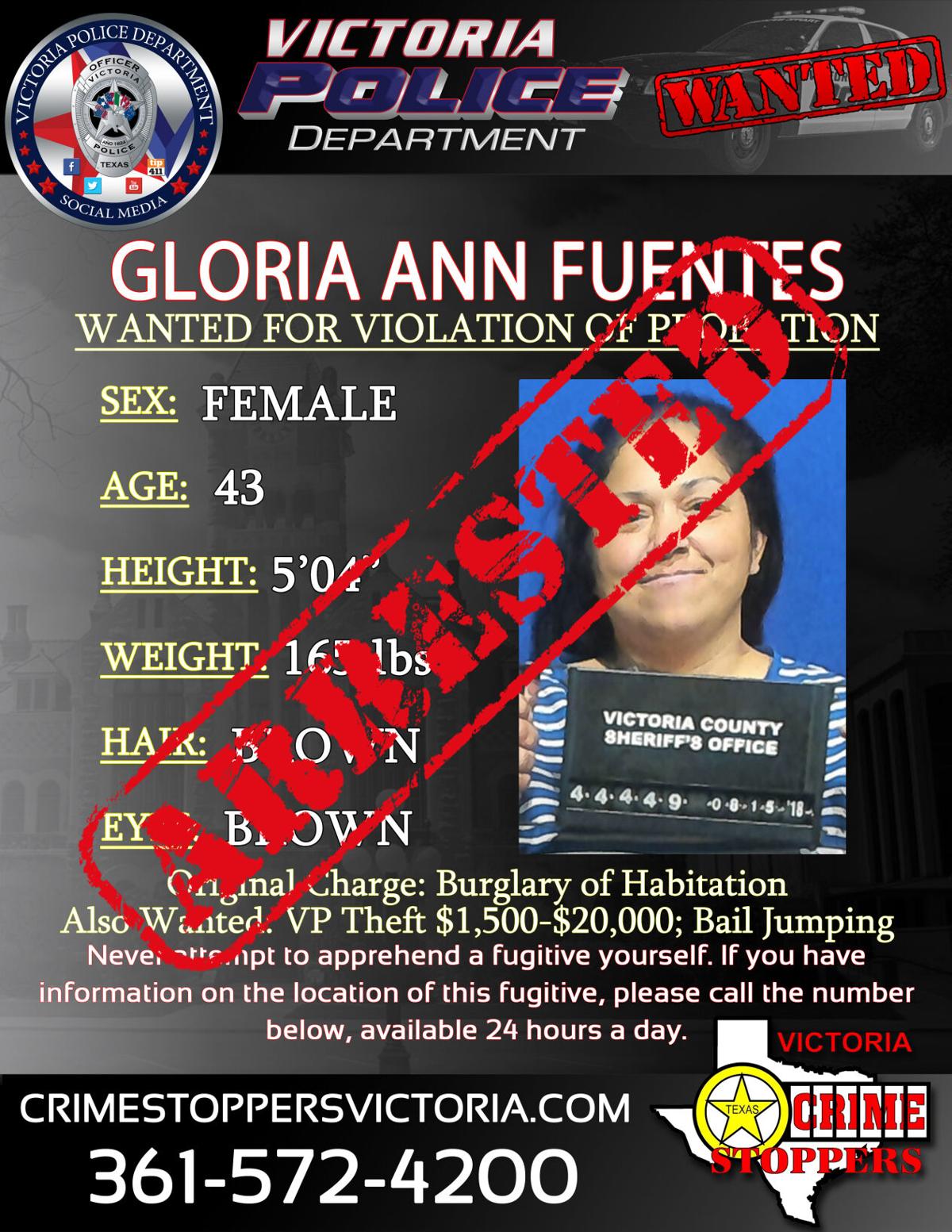 She and Jessie Marie Rodriguez were featured in Crime Stoppers on Saturday.

Fuentes, 43, was wanted on an outstanding warrant charging her with violation of probation in burglary of a habitation and secure execution of a document by deception $1,500-$20,000 cases. The warrant was issued on Feb. 21, 2019. She also was wanted on warrants charging her with violation of probation on a theft $1,500-$20,000 case and bail jumping/failure to appear.

She is 5-feet, 1-inch tall and weighs 110 pounds. She has brown hair and brown eyes.

Rodriguez may be armed and people should never attempt to apprehend a fugitive.

Anyone with any information on Rodriguez’s whereabouts is asked to call Victoria Crime Stoppers at 361-572-4200. All tips are anonymous and if you give information that leads to arrest or charges being filed, you could earn a cash reward.