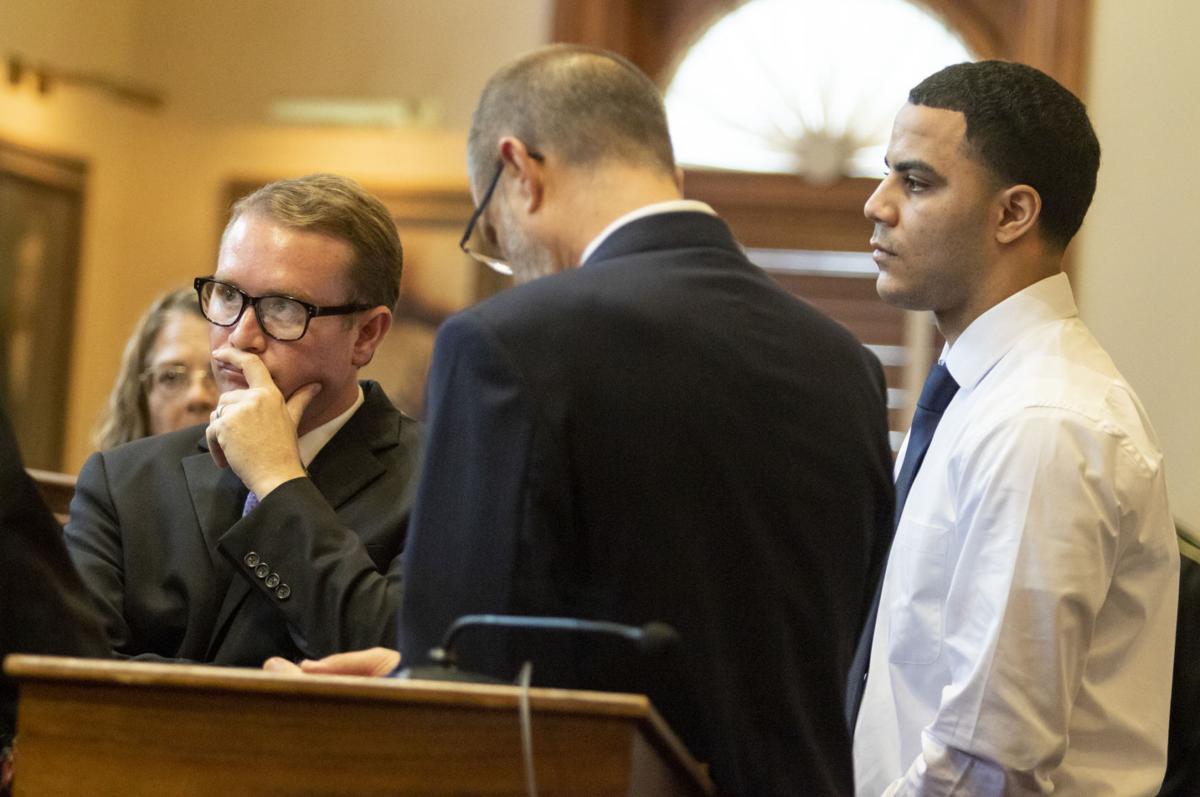 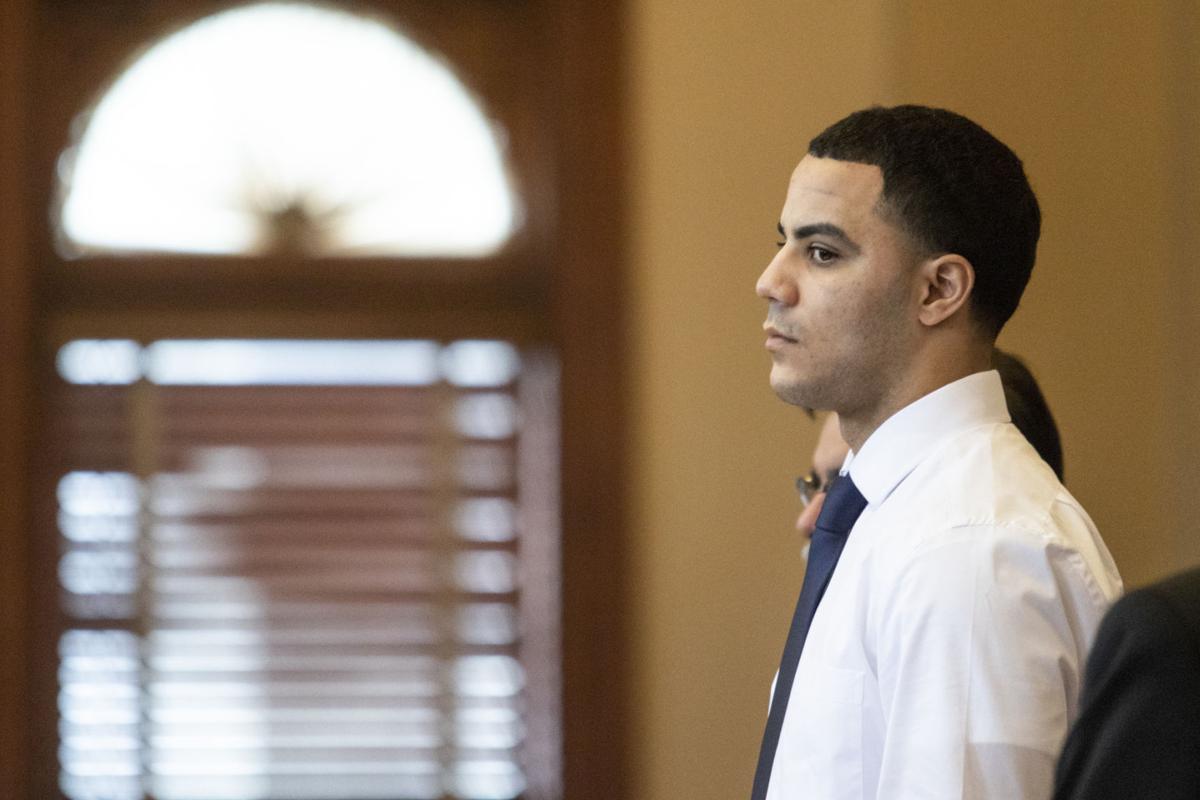 Jones killed 18-year-old Vonsell Ramirez in 2016 with a beer bottle. According to previous testimony, Jones went to meet Ramirez to buy drugs before hitting him over the head with a bottle. The bottle broke with one swing and sliced Ramirez’s throat, causing him to bleed to death. Jones is one of three accused in the death; Braylen Snell and Marissa Martinez also face murder charges.

Bates said she is now at peace with her eldest son’s death and can focus on raising her two other children.

The courtroom was quiet as the guilty verdict was presented. Ramirez’s family squeezed each other’s arms while across the room, Jones’ family and friends wiped away silent tears.

Jones remained stoic until the jury left the courtroom. Once they exited, he sat down and covered his face with his hands.

The deliberations began Monday after the state dropped its capital murder charge against Jones and opted for a lesser charge of murder. The jury was presented with charges of murder or aggravated robbery for deliberation.

The case now moves into the punishment phase, where the prosecution and defense will present character witnesses Tuesday morning at 8:30 a.m. before the sentence is passed by the jury. Jones faces a sentence between five and 99 years for murdering Ramirez.

Special Victoria County prosecutor Edward Wilkinson said the state opted for at a lesser charge because it seemed Jones did not intend to kill but rather intended to harm.

Capital murder is committed when a person intentionally murders someone in the course of another felony, such as robbery, according to the Texas Penal Code.

A person commits a murder when they intend to cause serious bodily injury and commit an act clearly dangerous to human life, according to the code.

The difference is in the intention, Wilkinson said.

He said he was happy with the verdict after four days of testimony.

“I’m glad the jury was able to resolve the case quickly and they didn’t get hung up on anything,” Wilkinson said after the verdict was read.

Defense attorney Micah Hatley said he is not surprised by the verdict, but he is disappointed. He is glad the prosecution dropped the capital murder charge, though.

“I’m disappointed for my client,” he said. “The jury’s job is never easy. I’m not happy, but I respect the jury’s verdict.”

During closing arguments, Wilkinson urged jurors to convict on the murder charge because Jones had intended harm when he wielded the glass bottle.

“The defendant swung a bottle and hit Vonsell Ramirez in the head, and then it broke, which caused it to slash Vonsell Ramirez’s neck,” Wilkinson said. “It killed Vonsell. That’s good evidence that it was an act that was clearly dangerous to human life.”

Wilkinson continued and said Jones is an athletic person and it’s “ridiculous” that he didn’t think the bottle would break.

“If he wanted to hit him, he could have used his hand,” Wilkinson said. “He wanted to use something that would break and cause injury.”

He explained to the jury that his witnesses who watched the incident unfold were credible and consistent from three years ago to this week. He further reviewed exhibits the state presented, such as body camera footage from the crime scene and from when Jones was arrested.

“The bottle was empty. It was in his pocket,” Wilkinson said. “It was a plan.”

“Not all tragedies are crime, and not all deaths are murder,” he said.

Hatley continued and said jurors should weigh Martinez’s testimony carefully because she had nothing to lose. She was given immunity for her testimony, which means it cannot be used against her in later criminal proceedings. He asked why Snell was not brought in for testimony with the same deal and wondered what the prosecution would have to gain with her testimony.

Hatley also brought up the drug history in Ramirez’s home and questioned where the drugs went before police arrived on the scene the night Ramirez died. He said Ramirez’s room had small bags associated with drugs, yet no drugs were found.

“This is not a home where respect is preached,” he said. He noted Bates’ criminal history and her knowledge of drugs in the home.

The scene was chaotic, Hatley said. He questioned during his closing argument how long it took for first responders to be called and whether Jones’ actions were the reason for Ramirez’s death. He said it could have been a late call or even the piece of glass in Ramirez’s neck that friends pushed further in while trying to save his life, causing it to hit the jugular vein.

“There was a bottle that hit Mr. Ramirez over the head and broke,” Hatley stated. “It was a tragic and terrible accident.”

Raheem Davon Jones did not intend to kill 18-year-old Vonsell Ramirez when he struck him in the head with a beer bottle during a drug deal, hi…