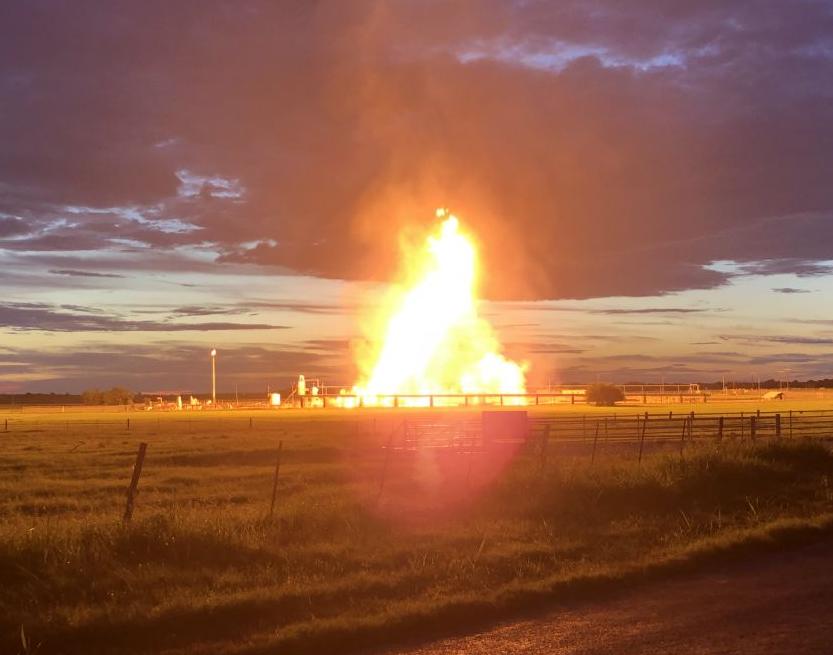 Authorities suspect a fire at a Kinder Morgan natural gas facility was started by a malfunctioning compressor. 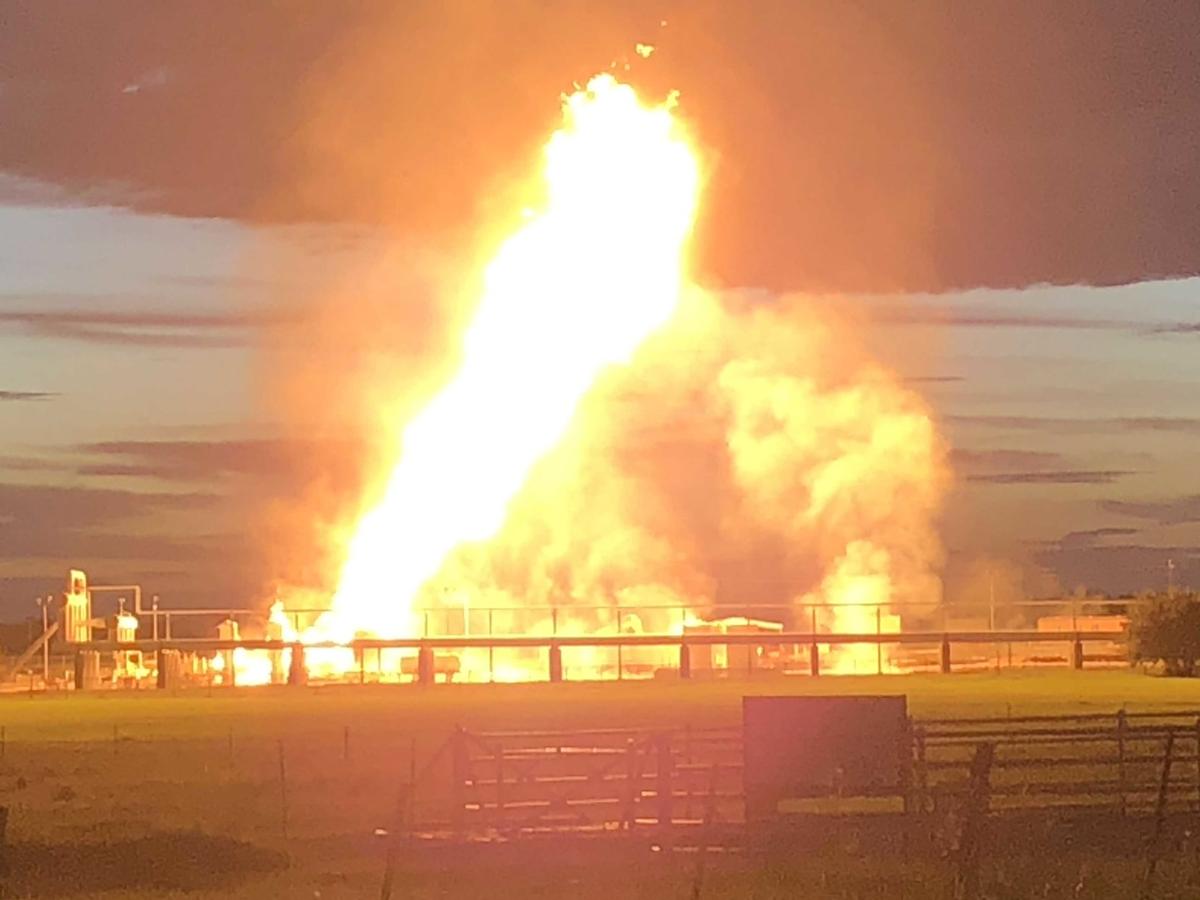 In spite of numerous safety features, a gas compressor at the location is suspected of failing and starting the blaze, he said.

No one was reported injured, and authorities have no reason to suspect foul play.

After learning about the fire, Kinder Morgan employees entered the site to shut down a pipeline feeding the compressor, Dupnik said.

Firefighters from Karnes City and Runge then allowed the fire to burn out. By 7 a.m., the flames had been extinguished.

Dupnik said he was unsure about the damage at the facility but added the compressor was likely destroyed. The Texas Commission on Environmental Quality was notified about the fire, but their representatives could not be reached Thursday.

Dupnik said the fire appeared to burn cleanly, and he did not suspect any threat to nearby homes.

“At this time, the company believes there are no impacts to the nearby community or environment. An investigation will be conducted into the exact cause of the fire,” she said.

About 15 homes were temporarily evacuated Thursday night on Loma Vista Avenue because of a gas leak, said Andrew Goss, an engineer with the Vi…