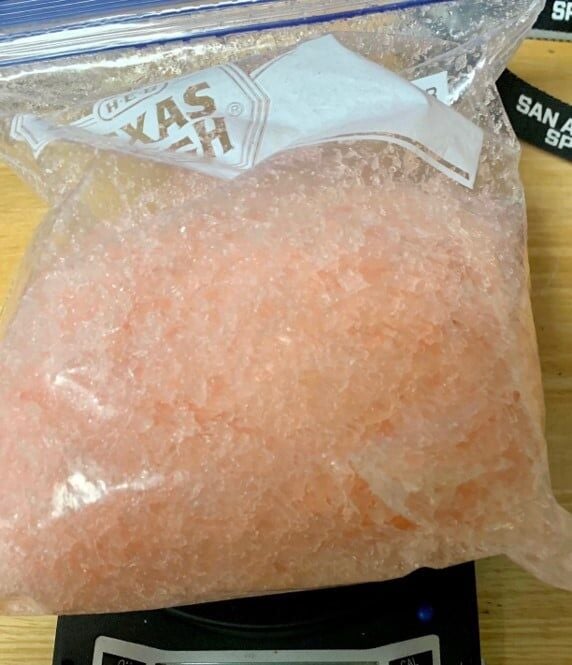 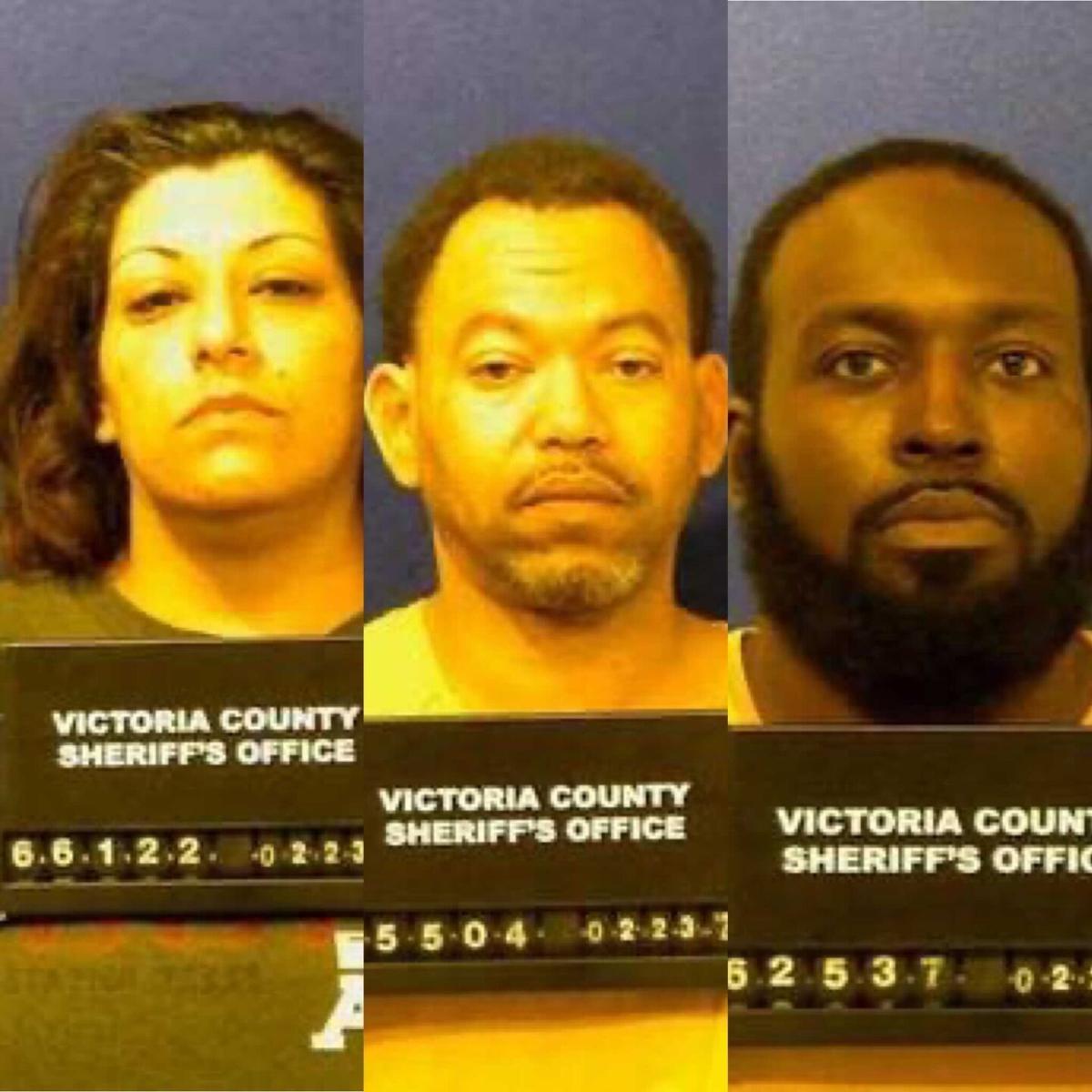 From left to right, Erica Esther Olivarez, Raymond Ramirez, and Thomas Dwayne Bedford, all of Victoria.

Victoria County deputies seized more than 500 grams of methamphetamine during a traffic stop Tuesday, according to authorities.

After stopping a vehicle, one passenger, Raymond Ramirez, of Victoria, ran away but was caught after a short chase, according to a Victoria County Sheriff’s Office Facebook post published Friday.

A search of the vehicle revealed more than 500 grams of methamphetamine, according to authorities.

All three were charged with engaging in organized criminal activity and manufacture or delivery of a controlled substance more than 400 grams.

Ramirez received an additional charge of evading arrest or detention.